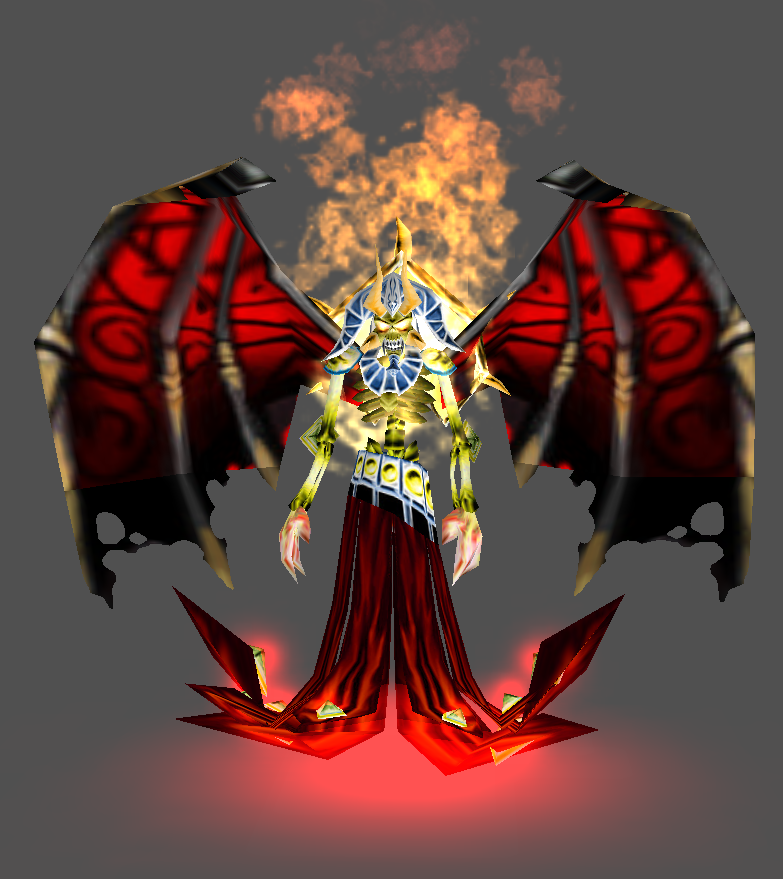 This bundle is marked as pending. It has not been reviewed by a staff member yet.
View usage Statistics
Reactions: Juntacadaveres, Pwnica, deepstrasz and 3 others
This is the demon of Retera. Before I used the Retera account name, originally it was the name of a hero in a custom map that I created way back. In that map, the Retera hero had an alternate form to become a demon.

The original model for that demon hero from 15+ years ago cannot be uploaded because it used parts from Cookie's Wraith without permission. (Back then I didn't upload things to the internet, so permission was not something I thought of as an issue, I just had an inquisitive mind and wanted to learn what was possible for me to make.) But, despite that 15+ year old model that inspired this one, this one is something new.

This model is a remake (of my own model) that was made with Retera Model Studio. In part it was inspirational to do a remake of my own work so many years later. But if you can imagine, at the start of 2018 when I made this model I had the under-construction Retera Model Studio program at my disposal, meanwhile publicly there was probably only still the Matrix Eater tool available online that was years behind. So I had an editing tool other people just basically did not have. And I had just talked to Kam in 2017 who told me to apply to Blizzard (things were stirring and War3 patches were happening). But I decided not to apply and instead stick to doing my job and going to work everyday and doing my best to maintain who I had become. So, at the start of 2018 if you can imagine me sitting in my apartment alone making this, not sure if maybe the idea of a "remaster" is just a rumor but having turned down the suggestion to become a part of it, and I was getting pretty egotistical wanting to believe I didn't need them and I was just a great Warcraft III fanatic guy who was better than everyone and had this modeling program that the other people did not have. And so, after I made this model, then I put it into the old map with the Retera hero, but I used this model to make a character called "The Demon God Retera" which is kind of a gross name. (Sorry to any religious readers here.)

In some sense maybe it represented a certain spirit of defacing my old map with a symbol of ego. Then when I would play the map, there would be voice lines where the "Demon God Retera" would whisper across space and time to whoever played the map, making them feel super awful and alluding to some dark future fate. I don't think I played my map much after that because this guy was always in there.

So, if you want to add this goofy and accursed character to your map, now you can!

Give credit if you make a model based on this but feel free to modify!
Contents

The Demon of Retera (Model)

Models 3 Maps 3
So you are telling me one can actually use this tool called retera modelling studio without it popping like 6 errors upon opening it and then crashing? proposterous.

5/5
You must log in or register to reply here.