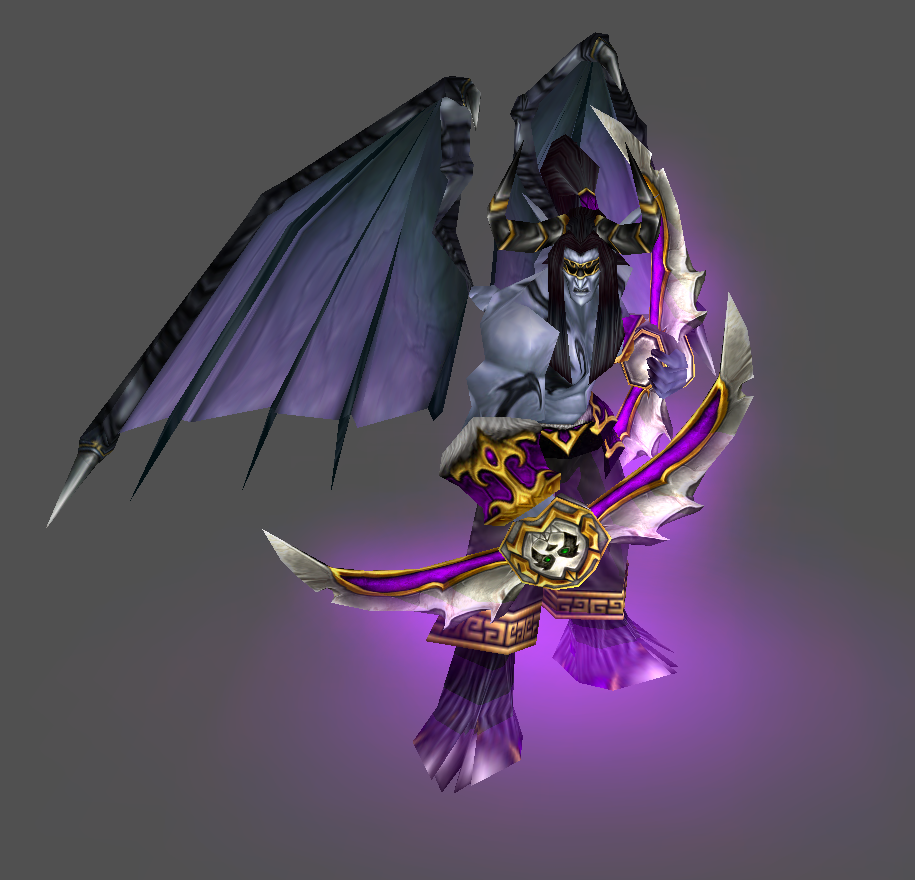 This bundle is marked as pending. It has not been reviewed by a staff member yet.
View usage Statistics
Reactions: deepstrasz and Stefan.K
I found on a hard drive I was browsing through a model that I remember going to painstaking efforts to create. The premise of what I did here is basically the same as this model: Cinematic Illidan By Zerox

However, this model was totally my own effort to rip it from the Final Cinematic ingame model. (I did not know about the Zerox model at the time, because I had not looked.)
I originally created this model as part of a request in 2013, and then I updated it to fix a few animation issues in 2018. I then found this 2018 version sitting around on my computer, so I'm uploading it here so that it doesn't get lost or anything.

In the 10 years since Zerox developed his own version of this concept (taking the Cinematic Illidan and bundling it with the in-game Illidan animations), I wrote and created the Retera Model Studio program (and its predecessor) which allows me to do complex animation rebinding so that I can get (in my opinion) a more accurate transfer of the cinematic campaign character onto the ingame model rig.

If you read the description on the Zerox model, he says that he did not bind the Cinematic Illidan campaign wings onto the character because he says, in his words, "there was no way I was gonna pull off the actual cinematic wings well by reattaching them to those bones."

With my software, there is a way, so I did exactly that in this model. It contains the cinematic wings bound to the in-game model's bones.
Contents

Please include the portrait.

as above model has no portrait?
You must log in or register to reply here.