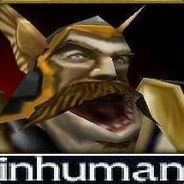 Characterized by minimalist, aggressive play, the Iron Marshal stands between his people and the inhuman beasts that threaten their freedom.

No Elves were harmed in the making of this faction.

Teams cause performance issues, and are not recommended.