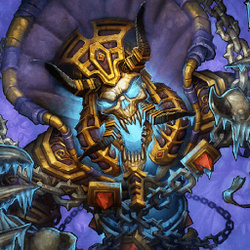 
ARISE, AND OBEY THE CALL OF KEL'THUZAD!

Lead the Cult of the Damned as you ravage the battlefield and raise the dead to bolster your forces.

RAISE THE DEAD!
- Necrolytes serve as Kel'Thuzad's first units, and also as a means of production. Your main army will mostly consist of weak fragile skeletons raised by the Necrolytes, but do not worry however, for your army of undeath is cheap and expendable. However, be wary as when a Necrolyte dies, all minions raised by it will perish alongside with their master.

ESSENCE OF BLIGHT!
- Kel'thuzad's skeletons gain increased movement speed and attack rate when on Blight. Fighting off blight is not as effective as fighting on it, so make use of the Blight Spreader; a T1 support flyer that can spread Blight with ease. Cover the map with the stench of death and decay as you march towards your enemies.

MERGE MINIONS!
- Skeletons raised by Necrolytes can merge together to form 3 different types of units with different roles. Shatter your enemies fortifications with mighty Bone Breakers, devastate from afar with Kel'Thuzad's elite skeletal marksmen known as the Sky Darkeners, and take away your enemies forces to give you an advantage in battle with the Banisher's Banishing Nova.

GREED IS GOOD!
- Kel'Thuzad's main hall is cheap and quick to build, allowing him to expand early. A stable economy is necessary for Kel'Thuzad to maintain his army. He may run a cult, but that doesn't mean he doesn't have to pay his workers. His Cultists however must channel at a Catacomb to summon Dredges, who are responsible for the harvesting of gold and lumber.

FEAR THE ARCHLICH!
- Kel'Thuzad himself is a ranged hero with powerful burst damage potential! Able to slow enemy units with Frost Bolt, stun armies with Frost Strike, and quickly regain mana with Dark Ritual. (Original, I know) At Level 6, he may call upon Sapphiron to dish out heavy damage in the middle of a fight! When Kel'Thuzad dies, you don't have to spend resources to revive him. Instead, he will automatically start resurrecting at the Altar for free! The resurrection process can be sped up by sacrificing 3 Cultists at the Altar.

TALENTS OF A LICH
- Kel'Thuzad is capable of improving his abilities every 2 levels by learning talents. Each talent changes how his ability works, although some abilities may have drawbacks. Pick carefully and plan accordingly. 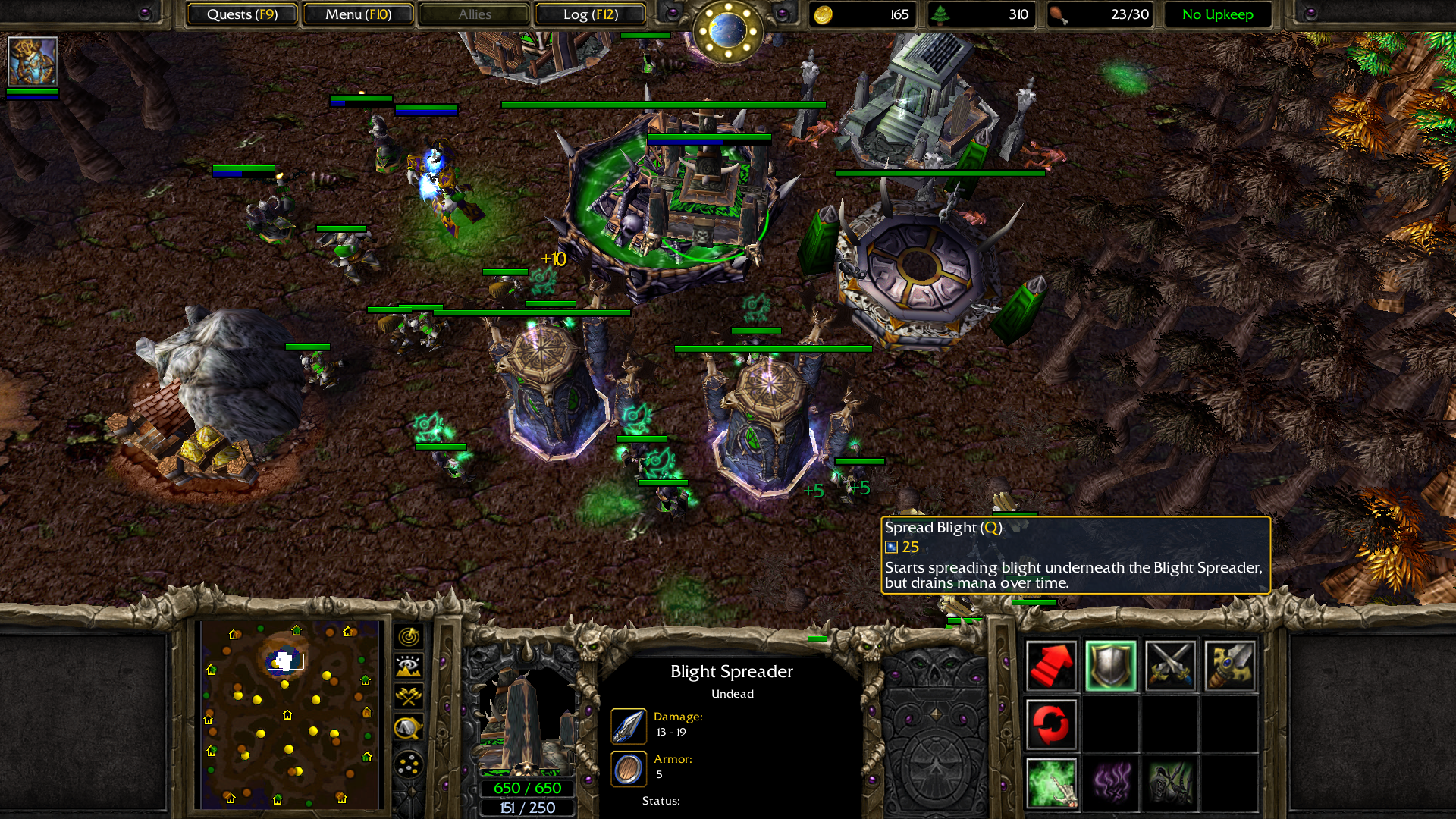 If I missed anyone please let me know. Some of the icons were exported from different maps so its quite difficult for me to find the author of those resources.

Author's Note:
Please give me criticism and feedback so I may continue to improve my maps over time!


Changelog
1.5 - Fixed handicap and credits. Also added screenshot.
1.6 - Added Talents system (W.I.P), Kel'Thuzad may improve his abilities every 2 levels. Added two types of attacks to Bone Breakers. Fixed tooltips. Added brand new upgrade icons.
1.7 - Added two new talents. Reduced the build time of Kel'Thuzad's structures. Changed how Sapphiron works. Gave Kel'Thuzad a brand new ultimate ability. Fixed tooltips of certain things. Man, I'm bad at changelogs, I don't even remember the other things I did.
1.8 - Fixed bug with Frost Blast. Finally added map preview since somebody was ranting to me about not having one. THANKS, SUMMER. YOU JERK.