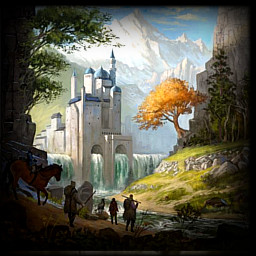 Rise of a Realm

By Marshmalo
[Release date: Out now]
MAP SUMMARY: Rise of a Realm (ROAR) is a sandbox base builder/RTS game with a mythological/medieval theme. Players must first choose whether to found a Warrior or Mage Kingdom, then select a King or Queen to lead their Realm to glory.


Players may remember my Viking Settlers map, this is a complete remake of that map where I have removed the mechanics which weren’t working and added many new unique features to make this map stand out from the many other Builder maps.


GAME FEATURES
- CUSTOM DIPLOMACY: Diplomacy plays an important part in ROAR, players an ally through the typical -ally command but also form unique alliances such as trade pacts, which generate passive income that increases the longer the two kingdoms stay allied. There are plans for other diplomatic options such as Threatening an enemy kingdom into submission and military pacts.

- VASSALIZE OR CONQUER: Once you conquer an enemy capital you can chose whether to destroy your enemy or show mercy and Vassalize them, which allows them to live but incorporates their kingdom into yours.

- MULTIPLE RESOURCE OPPORTUNITIES: ROAR uses gold and iron as its main resources, but there are various different ways of gaining these valuable materials. Kingdoms can breed livestock, fish the rivers, capture Iron mine, harvest iron deposits or trade iron for gold and vice versa.

- BUILDABLE WALLS AND GATES: Protect your growing Kingdom by erecting mighty walls and gates, perfect for people wanting to build a mighty and beautiful city.

- COMMANDERS: Most human soldiers and units can be appointed into commanders, which act as secondary heroes to your King or Queen. They can help manage and lead your armies and have improved abilities and stats over their normal unit counterparts.

- LEGENDARY CREATURES: Capture strategic ancient landmarks around the map to summon powerful creatures of legend. The most powerful creature in the whole game is the mighty Dragon, but only the greatest of Kingdoms may wield these ferocious monsters in battle!

- HQ TERRAIN: ROAR uses a selection of beautiful models from WoW alongside custom textures and resources from The Hive which I hope will give the game a “Warcraft 4” vibe. The imports have been compressed so map is around 15-16 MB which is very small for a map with so many high-quality art assets.

HELP REQUEST: This announcement is also a plea for help, the map is currently very prone to crashes. The game can crash ten minutes in or an hour in, I really have no idea what could be causing this so if anyone has advanced knowledge of crash fixing and thinks they can help please message me privately. Assistance will be greatly appreciated! 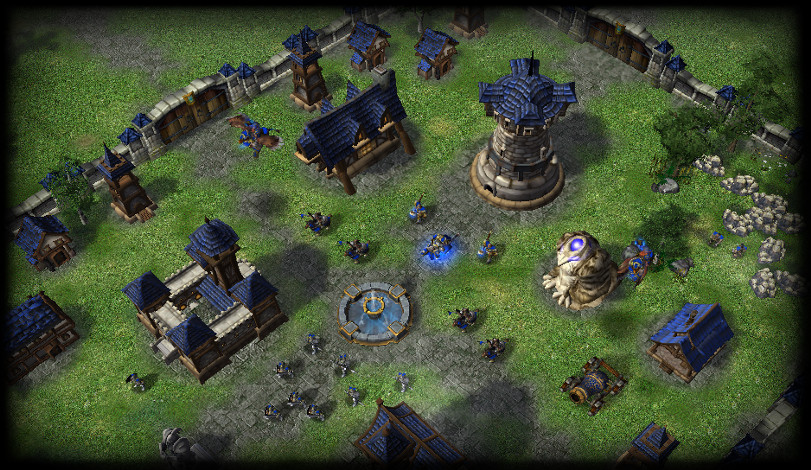 Warrior Kings: A kingdom founded upon military principles and conquest!
The Warrior Kings utilize a champions and powerful beasts bred and domesticated for warfare. 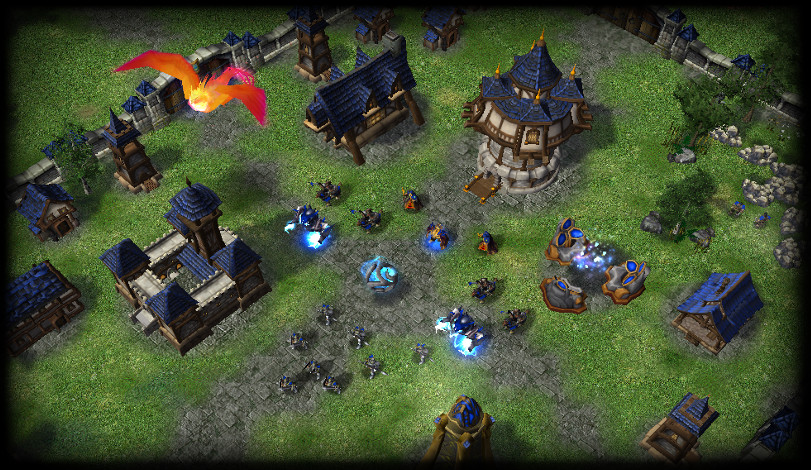 Mage Kings: A kingdom ruled by a small but elite group of powerful mages and wizards.
The mage Kings utilize their spells as their first line of defense but can also summon legendary, mystical creatures onto the battlefield. 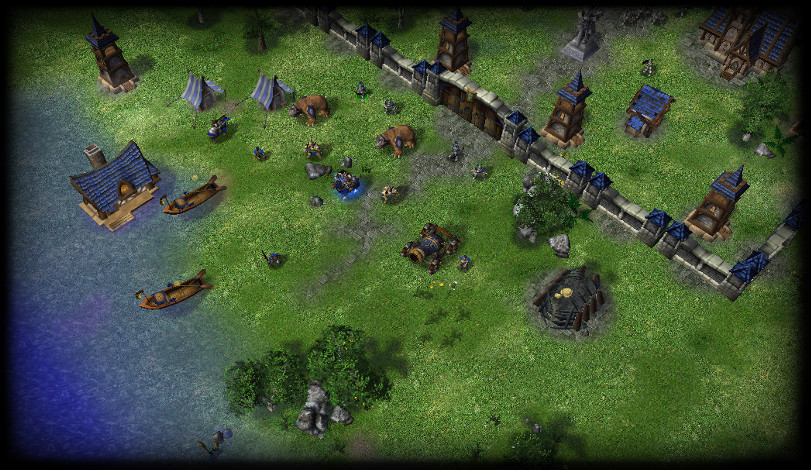 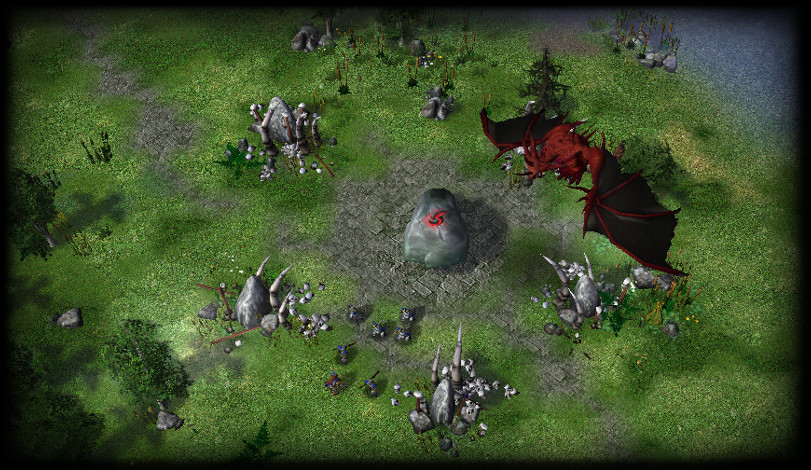 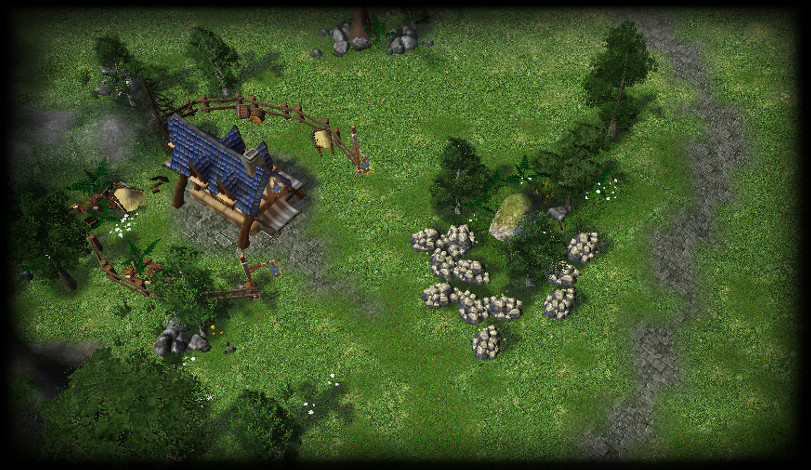 Please let me know if I have forgotten anyone off the credits list, big thanks to everyone at the hive for help and resources!
Last edited: May 6, 2018

This looks like a completely different RTS game. I'm always impressed with your terraining and modelling/texturing abilities. Awesome job, as always

Veritas 117 said:
This looks like a completely different RTS game. I'm always impressed with your terraining and modelling/texturing abilities. Awesome job, as always
Click to expand...

Welcome Back! Marshmalo! This is completely different game.. It's Amazing! For the most part, the map seems still to follow the WC3 RTS building formula like allowing buildings to be built infinitely such as towers, walls, gates etc. I already like the limitation for units and the resource gathering. Improve the map balance for sure this will also be a great success like LTA. I love your Rise of the Vampyr & Rising Zombie uniqueness in terms of terrain and modelling. You also made your own mechanics in terms of using WC3 RTS formula. I wonder when we will get our first hands for this amazing terrains & modelling when it comes to RPG's.

Maps 11
Another project from Marshmalo, I am hyper now. I can't describe the amount of entertainment I have enjoyed with your maps (special mention to LTF & Rise of the Vampyr) and your terraining mastery is just from another world. Best of luck with your new project!!
I will keep an eye on it.

Tutorials 2
All of these mechanics sound extremely difficult to manage, but I see you already got the coherent settings going from those screenshots. It looks incredible! Crossing fingers production will go smoothly.

Models 13 Icons 50 Packs 1 Skins 4 Maps 5 Spells 3
Damn, I had independently cooked up an idea that is quite similar to this.

Just for the fun of it, and if you want some inspiration, I'll list some of the ideas I had for my map below. It should be noted a major goal of mine is to emulate simplified versions of real-world strategic considerations - from army supply logistics, to relationships with your vassals - whereas your map seems to be more sandbox-y and arcade-y.
Well that's me done. It does look like you have a set goal of what you want this map to be, and I hope you finish it! (even if it's partly so I can steal ideas off the end product hehe)

So is there no way to stop someone you vassalize from just tking you..? Seems like a big mistake to allow them to attack you and not be a command to instantly kill them?
You must log in or register to reply here.
Share:
Reddit Pinterest Tumblr WhatsApp Email Share Link
Top