Riders of Rohan (War of the Ring) 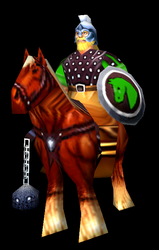 "Where is the horse and the rider
Where is the horn that was blowing
They have passed like rain on the mountains.
Like wind in the meadow.
The days have come down in the west, behind the hills
Into shadow."
- King Théoden