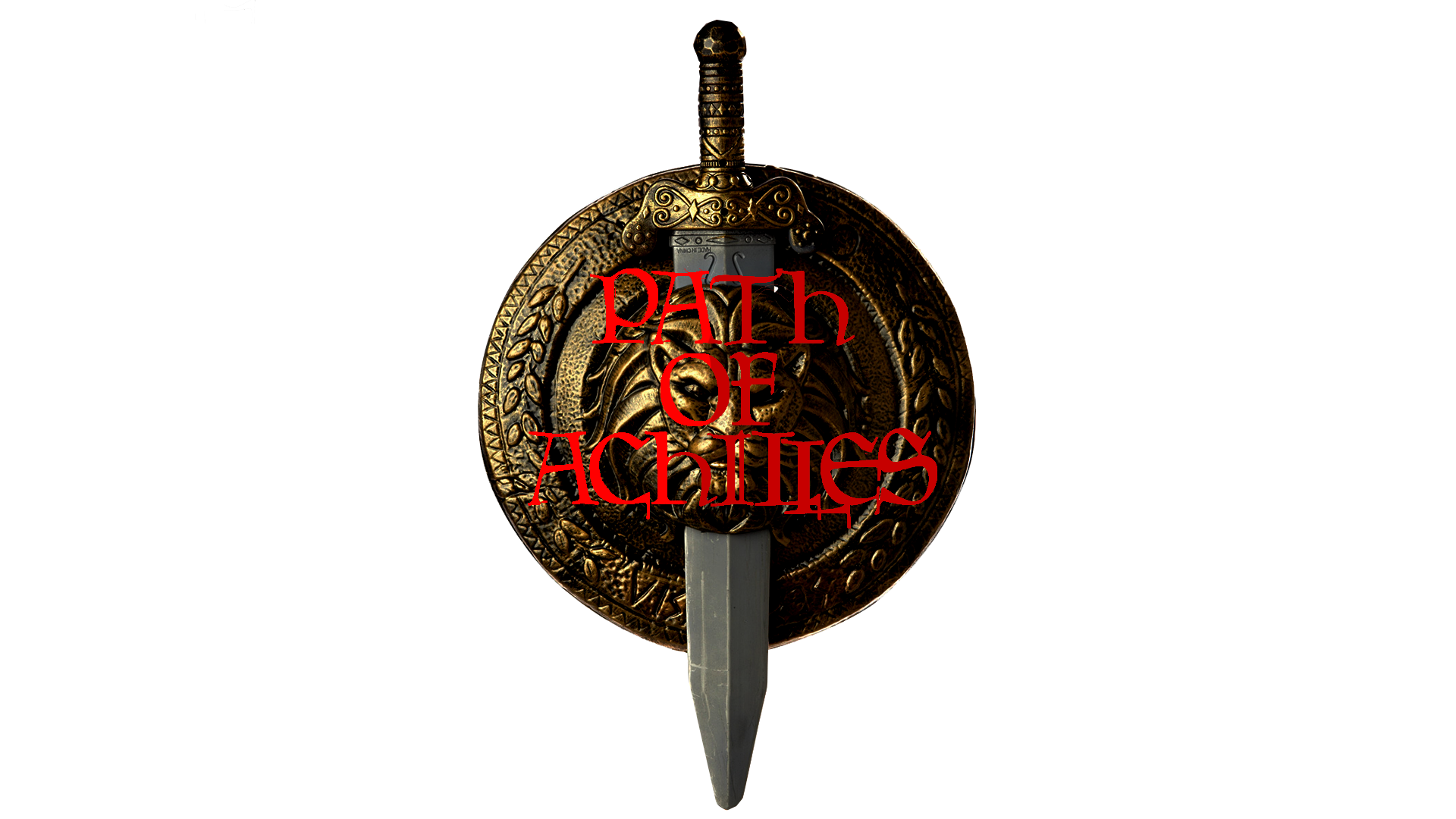 Achilles is a male in his early adulthood, who is living in a village under the control of the Roman Empire. Every year in a certain day, the Romans send soldiers to these villages and take the males into their ranks of the army after putting them through a hard training. Achilles is going to be taken this year. Now he has to forget his pain and work his way up to get stronger each day.

Newly recruited soldiers like Achilles are to be tested and assigned to their suitable commanders. Achilles and his two friends from his village, Rhaskos and Pietros, are assigned in the same group. The commander of this army group is Varinius who has a tough and merciless personality. His actions from the past have not been much appreciated and his reputation is not very good among the Roman army., since his name is mostly mentioned with killing, torture and cruelty.

Things start to go downhill from here, traitors and backstabbers cause Varinius to get into poor situations and Achilles finds himself in the pits where people pay for the fighters and the fighters fight for their lives until one of them dies, mostly brutally.

The campaign will start by the beginning of all these. Explaining what happened in the Roman army, showing us how he got into the pits and how he rises from all this to be a gladiator.

The campaign is story driven, and will offer some choices to have consequences. Some will not have much impact while some will have significant effects on the story. The campaign is in its very early stages, I will update the thread in time.

This part will be updated with progress. 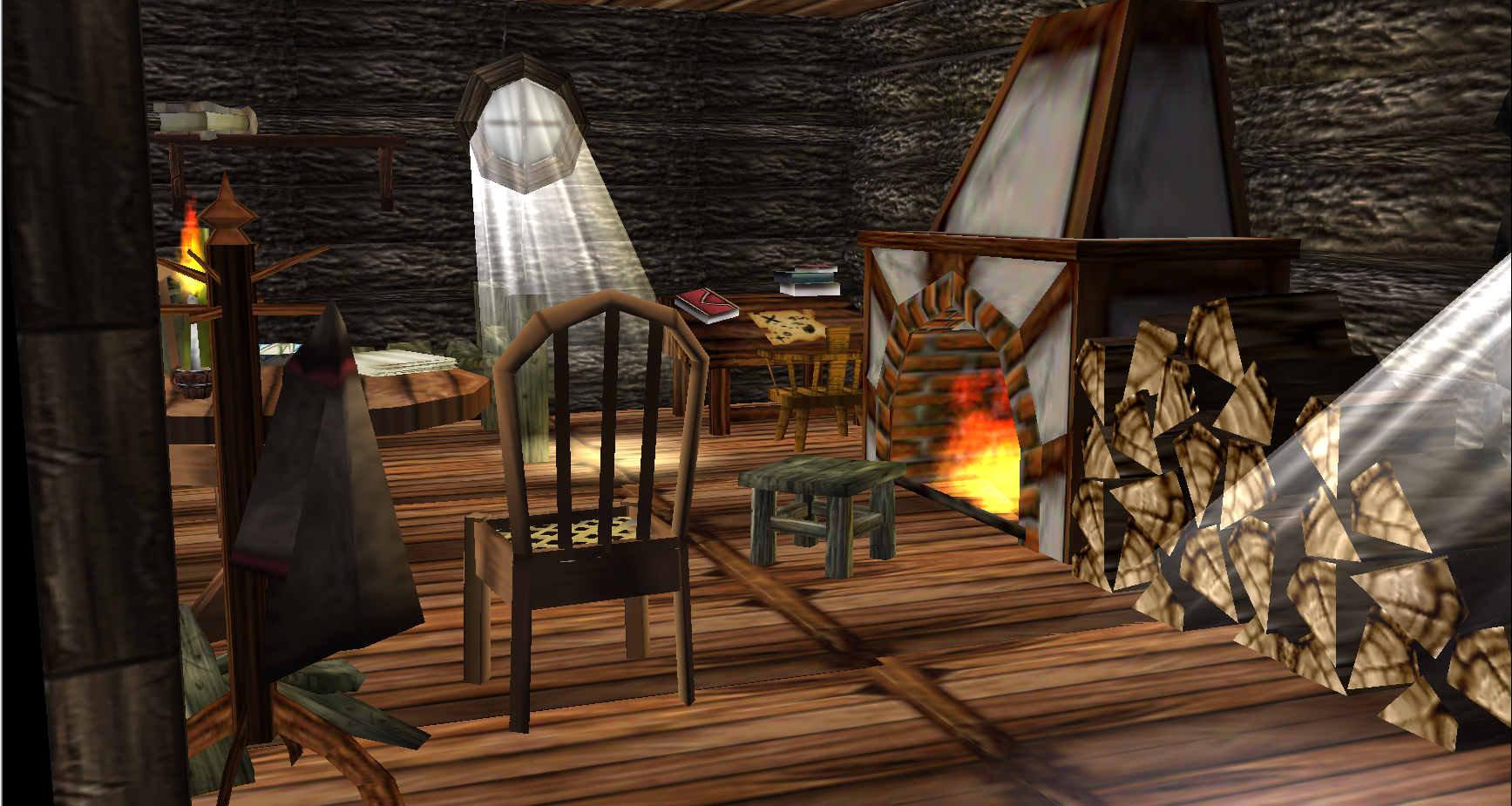 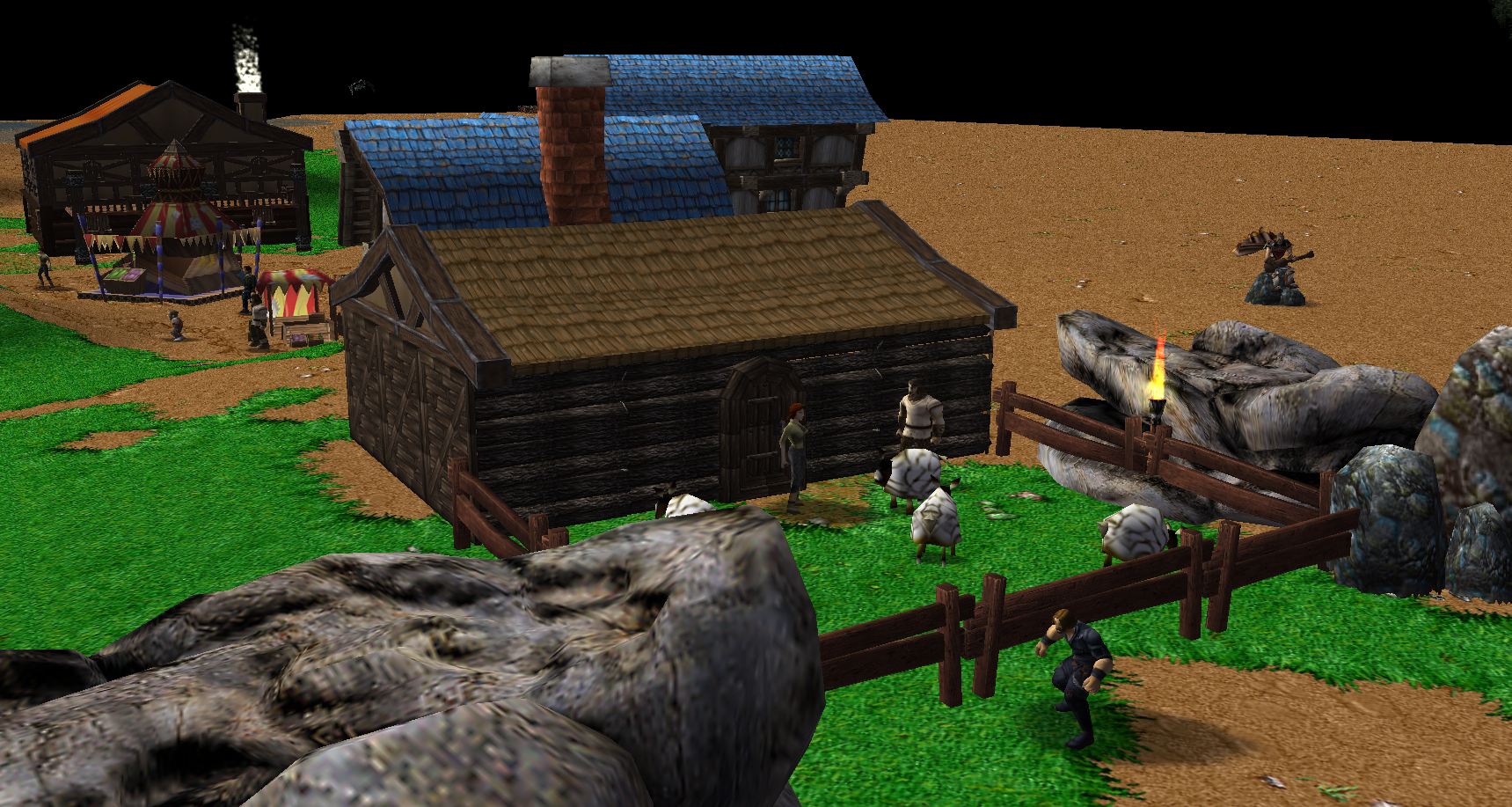 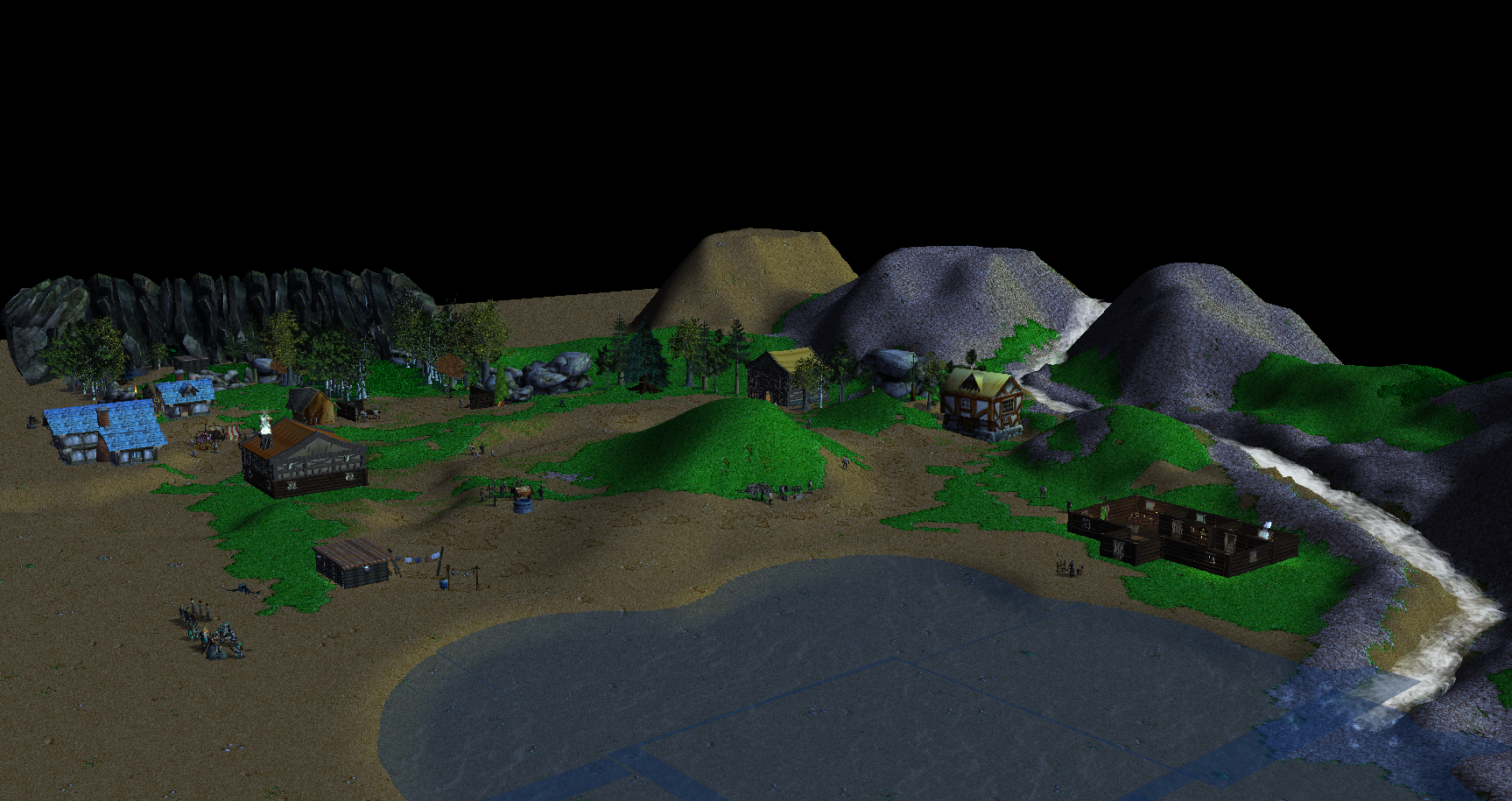 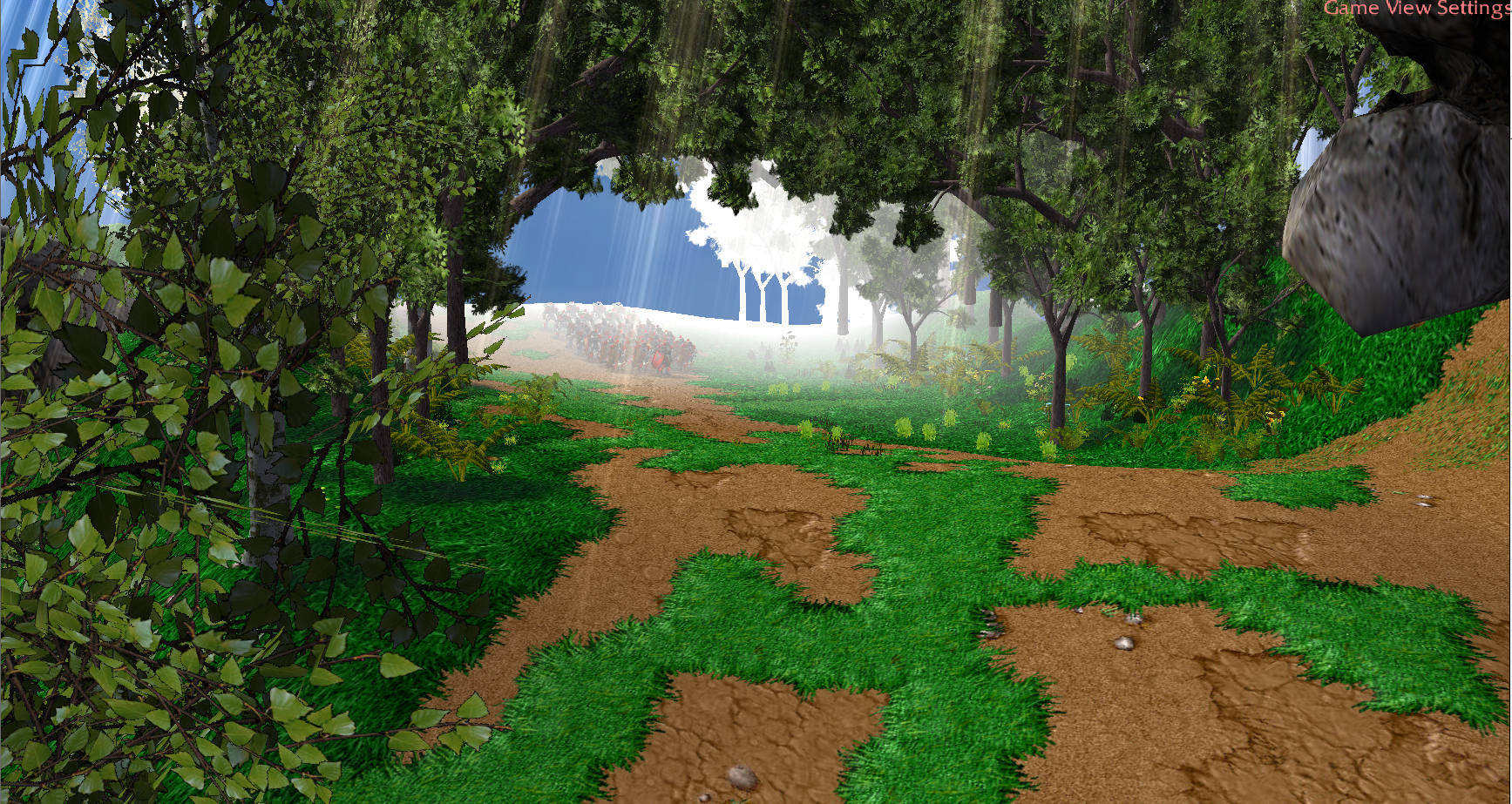 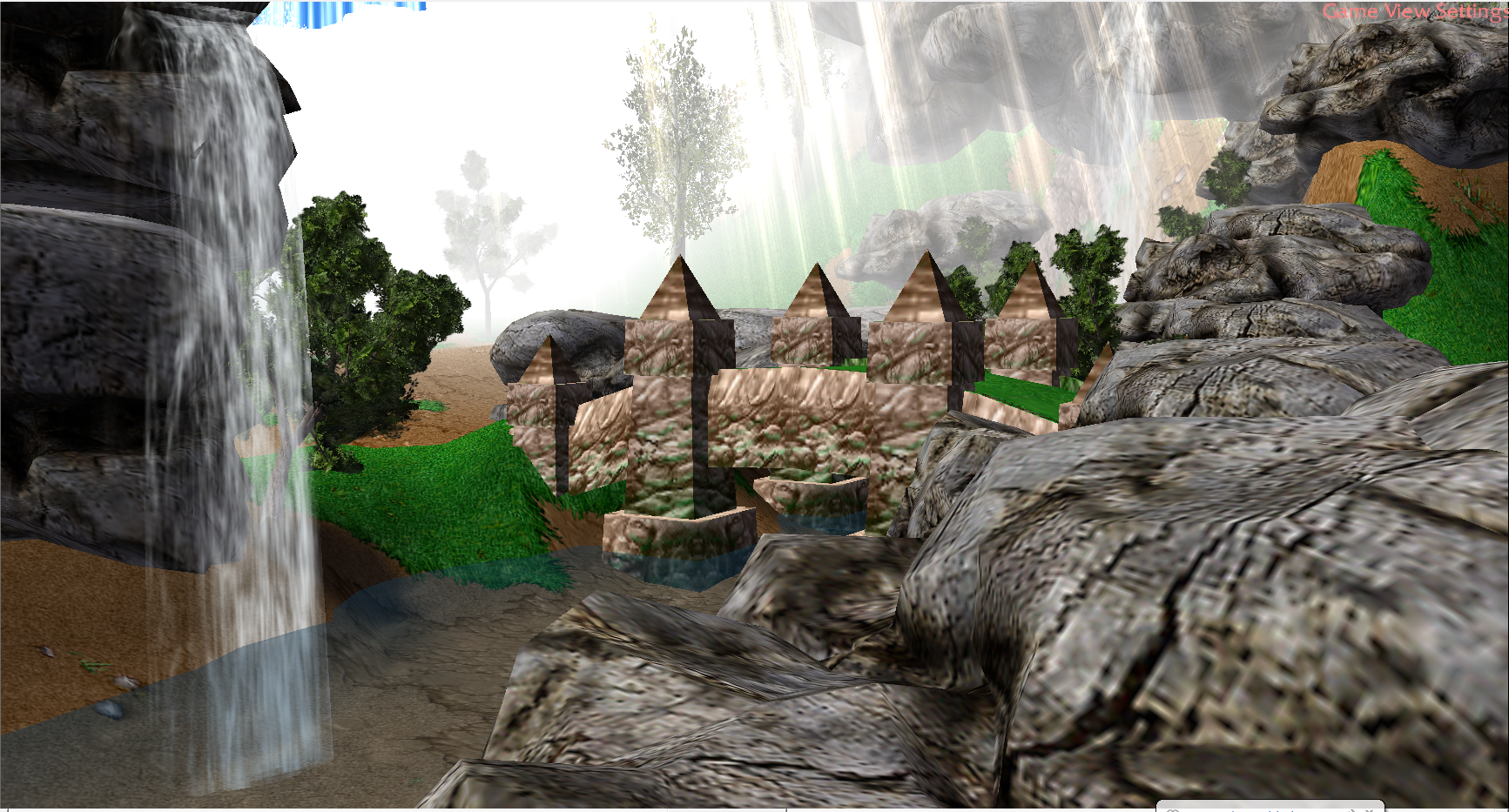 -The movement system is now working fully functional.
-Parkour system is being developed.
-The combat system needs a lot of work though.


JOIN IN OUR DISCORD SERVER for better communication during the development phase!

I can use 2D artists, and someone who can make animations is mostly appreciated right now!!

When time comes I will be needing some voice actors too.

I hope this project is going to reach at least beta state, as it reminds me a lot of the old movie gladiator somehow, and I think this will be a cool thing ..

I hope you are able to implement these systems nicely .. maybe something like Rufus' Warden movement system and the extra 3rd dimension? ...

One more thing: As you placed your setting in a certain theme, it would be nice to fit the terraining to the current clishee to some degree to make it atmospheric. What I mean by that is, that the WIP screens do not look very "roman" like to me yet.

Icons 4 Spells 1
Thanks for your interest mate ^^

Oh I can't tell how much Rufus helped me for the movement system it is working very smooth without any leaks(As far as I know ). The parkour thing will be like using spells with the help of animation-height thing. You wont be running on rooftops im afraid that can be done too but those houses should not have any interiors, unlike the ones in my campaign.

The screenshots are from the first chapter which takes place in a medieval village, in my mind i created the village as british-ish or scottish-ish, voice acting will bring this more outward but I can't help with the house designs if they dont look much celtic ( my terrainers will take further action with the theme tho. I'm not known for my terraining skills

the parts where the story takes place in Roman empire will give you an awesome impression of the era though. I've got many influences from the tv series: Spartacus and other movies. Especially the arena will be awesome!!

And it'll take a lot of time to bring this to a playable state. But I don't want to end up like my previous attempts on maps again. But I'll take my time with it and not rush anything.

a) What I heavily need for future updates is someone who can help me with the storyline. There will be plenty of reading for the one who chooses to help me so be aware of it. I wrote a few pages for a summarised version of the story which is not yet finished, because I need a better detailed story for a good character development. I wrote the first map's all and second map's almost half detailed as well. So these are the parts I plan to discuss with the lucky person , in addition with the main story. If the story person feels generous s/he can join in the team and help me throughout the whole campaign.

b) Another person I can use is someone who is good with coding. I have some systems that need help with. The combat system is working for one player against simple WC units, but the complicated thing which is needed is most of the units in the campaign will be using this system too.

If anyone is interested in helping the project, PM, or VM me. I'll explain the thing you want in detail.

Looking great! Its something that I planed to make to (1vs1, custom combat thingy)
(and I also planned to ask Rufus about arrowkey movement when I start make project. So this mean I can ask you and Rufus, and it will totally boost my project development when I start XP)
I might be able to help with animation on June, because I got exams on mid May, and I need to learn a bit more about animation. So I'm just gonna leave a post here because somehow I cant find "Watch thread" button o.o

Icons 4 Spells 1
Haha Rufus is the genius on this matter but I got the idea pretty solid so I can help any time as well. The combat thing is a hard obstacle for me, I was talking with Streetpunk, he has a more advanced system than mine. I will try making something both as advanced and less advanced than his (like I will not include ranged system(at least not yet) and more detailed melee combo systems will be included in my system but I dont wanna make promises that I cant keep so I'm not gonna add them on the page right now ).

As or making animations, if you can actually make some I'll appreciate it sooooo MUCH! I'm dumb when it comes to animating and I don't really have any time to try anything new I'll keep in touch with you hehe

Models 82 Icons 17 Spells 3
Im not sure if I can help with the storyline, I can't help you directly or join your team (busy )but I wish I can help you here whenever I can here and there
What kind animation or 2D Art (Icon? Concept art?) you might need?, imma quite confident in it

Sounds like a cool campaign. Terrain could benefit from a little more work though. Now this is for @PrinceYaser and @sluk (I don't know which one made the terrains showcased here =P): the high quality rocks and trees don't really match the bright Lordaeron grass, which could be changed to some other tileset a with little less saturated colors (like Ashenvale, Dalaran Ruins, Village Fall, etc). Or since it's gonna be a campaign and you don't have to worry about filesize, you can make import some custom tiles to match those doodads, like this terrain for example. You don't really need to bother importing plenty of custom tiles, you can see how Keiji managed to create a good environment with mostly default Warcraft tiles in his thread here. PrinceYaser is pretty active in the terrain forum, he might be used to this stuff about blending terrain tilesets with doodads already.

Other than that, it's a different themed campaign from the ones we currently have here. The focus on responsiveness from the npcs is a good thing. Also the combat system idea seems really nice! I wanna see how that develops.

Sounds like a cool campaign. Terrain could benefit from a little more work though. Now this is for @PrinceYaser and @sluk (I don't know which one made the terrains showcased here =P): the high quality rocks and trees don't really match the bright Lordaeron grass, which could be changed to some other tileset a with little less saturated colors (like Ashenvale, Dalaran Ruins, Village Fall, etc). Or since it's gonna be a campaign and you don't have to worry about filesize, you can make import some custom tiles to match those doodads, like this terrain for example. You don't really need to bother importing plenty of custom tiles, you can see how Keiji managed to create a good environment with mostly default Warcraft tiles in his thread here. PrinceYaser is pretty active in the terrain forum, he might be used to this stuff about blending terrain tilesets with doodads already.

Other than that, it's a different themed campaign from the ones we currently have here. The focus on responsiveness from the npcs is a good thing. Also the combat system idea seems really nice! I wanna see how that develops.
Click to expand...

Wow! Awesome feedback!!! Ive changed the terrain palette with Village Fall as one friend suggested on Hive. It looks better now but ofc a terrainer wouldnt like what i got on my own work, PrinceYaser good an awesome job creating the environment tho. The first map will an introductory and a tutorial one though. The terrains will start to change into Roman style maps after this first map. And ill spend more time terraining and decorating those.

The parkour system is working now, ill have to evolve it into a more stable system.

My biggest problem will be the combat system tho. I need lots of assistance for that. Im talking with streetpunk for that

Icons 4 Spells 1
-Updated with new things, created a new Discord server for development!
-After a few months first 2 maps will be done.

n00b said:
would be interested in seeing a short video demonstration of the combat system tbh
Click to expand...

The combat system is partially done. I have a solution for most of the problems the only issue is detecting each different attack animations' wind up and swing parts. If i can solve everything i will put a nice demonstration video. If i can pull something more, itll be cinematic kills like the ones in skyrim(when you kill last participant in combat), god of war, assassins creed etc... itll be a very fun to play combat mechanic.

It's been a (half) year o.o
Anyway, it seems I wasted my whole holiday so my skills aren't improving at all, so I can't help o.o

Icons 4 Spells 1
Story will be going through a big change so the current information will be particularly off compared to the upcoming new scenario. I will update it as soon as I can!

Mechanical Man said:
still no update tho
Click to expand...

No updates yet because of the past patch updates and the recent Reforged Warcraft coming out. I will wait for the full release so I can use a better editor.
You must log in or register to reply here.

A
Armies of Exigo - the new RTS of the millennium!

Tale of a Tauren (cinematic)