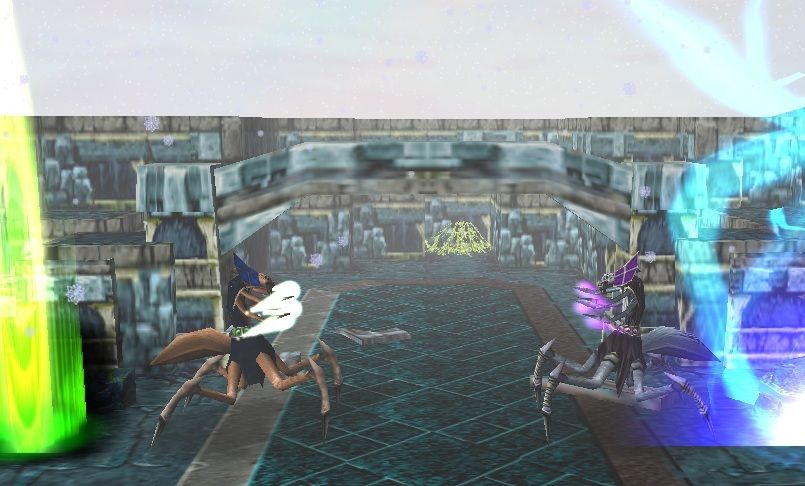 This bundle is marked as useful / simple. Simplicity is bliss, low effort and/or may contain minor bugs.
View usage Statistics Legacy download
Reactions: Sclammerz, Stefan.K, Forsaken and 1 other person
Nerubian Vizier I've made for my map. I based him on screenshots from WoW, so I think that he's quite similar to original (and only 50 kB ). Credits go to me and Hayate for walk animation.

EDIT 3: deleted unused texture. There is a problem with alive version, I'll post it again when I fix it.

EDIT 4: Uploaded workin' alive version, special thanks to Chaosium for helping me with fixing texture.

How to import this model Sanity check More info Download
Reviews
11:07, 29th Oct 2015 Misha: give a crypt fiend/nerubian death sound to both of them, and also give them attachment points like hands, origin overhead and so on..
Read full review...

11:07, 29th Oct 2015
Misha: give a crypt fiend/nerubian death sound to both of them, and also give them attachment points like hands, origin overhead and so on..

Models 11 Icons 129 Packs 5 Skins 4
He remains of too weak construction when next to any other nerubian, almost if he was about getting squeezed to death, but managed to get away at last second.
Not a fan of his pitch-black cloth parts either, given in the lore they are high ranking members of the nerubian society, do try to get some texture on them.

Maps 3 Spells 1
Nice,i was looking forward to another model from you

Models 44 Packs 2 Spells 1
I forgot to add: he's undead, not only killed and resurrected, but killed, mummified and resurrected. That's the reason why he wears black clothes.
I hate this muscular mages from WoW - they spend entire life reading books and they look like Schwarzenegger. I've made him 'weak' to look like real mage.

I hate this muscular mages from WoW - they spend entire life reading books and they look like Schwarzenegger. I've made him 'weak' to look like real mage.
Click to expand...

I feel that is a nice touch

Maps 5
Yeah, the fragile physique and movements are very fitting for what it was intended to be. It gives more variety to the nerubian race. Great job

Models 64 Icons 1 Packs 2 Skins 4 StarCraft II Resources 2
I really don't fancy those noodle-arms.. and it is not the wimpy build you're trying to do, it just doesn't look that good or defined from somewhat further away.. come to think about it, war3 nerubians also have wimpy arms, but somewhat.. more defined in those wimpy muscles.. if that made any sense..

Not a big nerubian fan, but I will check this one out.

Models 2 Maps 1 Spells 1
On one hand, I really like this, since (IIRC) there really aren't any extant "Nerubian Vizier/caster" type models around. Or almost none. And you've managed to make what at first seems a bit... underwhelming, but then I realize "hey, most Wc3 units are pretty low-poly/underwhelming. That's on purpose". So yay.

The proportions aren't bad, the hood is neat, the SFX are exactly as simple as they should be...

On the other hand, I feel like he's just a bit 'wonky'. Part of it is the arms (see Misha's comment; you can make "wimpy caster arms" but they should still have certain defined lines & curves to not look like putty), and part of it is... I can't really say. Something 'more'. Perhaps more TC, maybe a few baubles/jewels... The Egyptian staves (from the Destroyer) wouldn't be out of place here. An extra Stand animation could also allow for Egyptian hijinks.

Those are just some thoughts. But I think you've done a pretty good job, and an excellent base from which to improve. I hope to find use for this. : )

Models 15 Icons 22 Templates 2
Hmm, nice , though, for me, his Death makes me feel he's like a robot and his head is a bit of stretchy , but nevermind that, 4/5

Models 83 Icons 17 Spells 3
Day X: nobody complain the walk animation yet, thats good, hehehehe me lazy to do anything

Models 4
Woo-wee that pesky texture was a hell of a problem, glad the model is finally functional :>

Models 64 Icons 1 Packs 2 Skins 4 StarCraft II Resources 2
those arms still feel like noodles, instead of wimpy arms
You must log in or register to reply here.

looking for a model