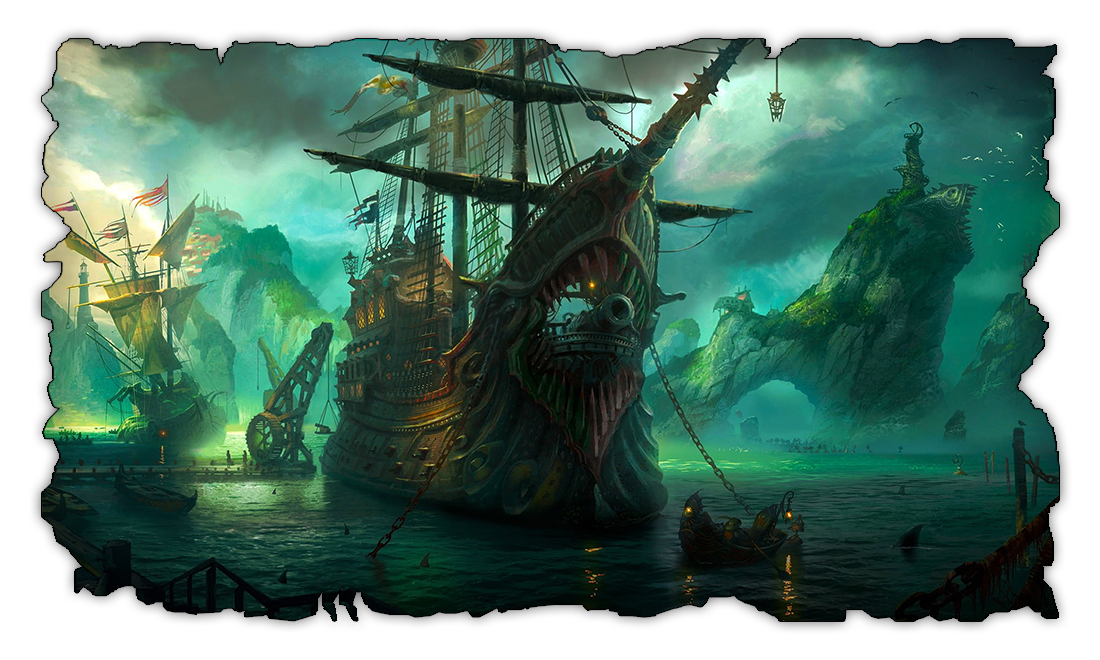 Contestants were to create a unit at home at sea. This includes deep sea monsters, sea gods, merfolk, buccaneers, sailors, vessels, and everything in between. Classic submissions only.

You are very welcome to make a short statement about what you like the most, so contestants get a bit of public feedback!

The three winners will receive an award icon representing the winning entry.

The poll shall conclude on 26th February 2021 GMT.

Models 2 Maps 1 Spells 1
Captain Morgan was quite impressive (mesh but especially animations), but simply too detailed for standard in-game usage.

Captain Bob was better about detail & pretty creative to boot (fat man model, cool armor, etc), but still a bit much for me personally.

Multi-Tier Hydra was not only perfect for the game, but also incredibly valuable as a utility rather than merely a showpiece. What it lacked in pure "creativity" (i.e. the Hydra heads being edited from the Tidal Guardian serpent model, rather than scratch-meshes like the other two (?)) it made up for in utility.

Archived.
You must log in or register to reply here.