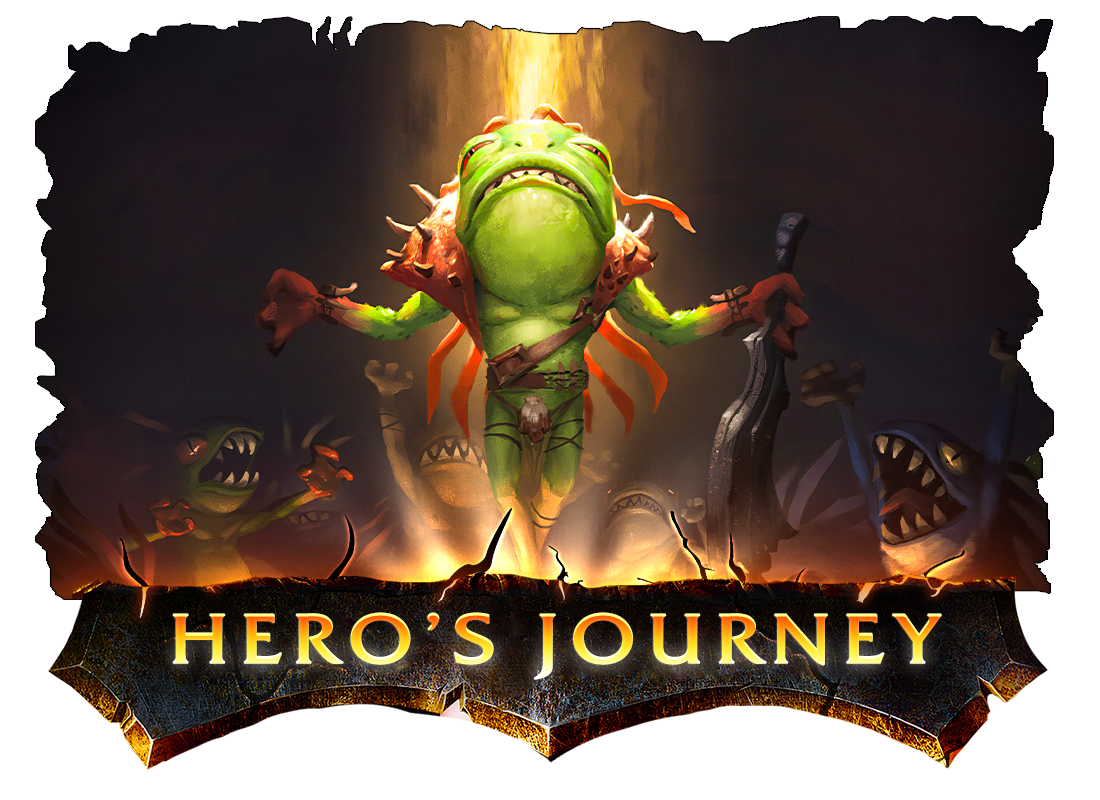 Contestants were to create a Neutral Hero or upgrade a Neutral creep into a Hero. HD submissions only.

You are very welcome to make a short statement about what you like the most, so contestants get a bit of public feedback!

The three winners will receive an award icon representing the winning entry.​

Maps 3 Reforged HD Models 17 Reforged HD Skins 20 Reforged HD Icons 6 Tutorials 1
I believe that an in-depth review of the other contestants models would be a good fit for the vote.
Will re-check them all again in detail with RMS and ingame before I cast my vote.

If you also have the time fur such analysis, I believe we can all benefit for the things we missed, could add or improve in our models (of course considering the time we invested in them).

Will try to do so this week, good luck everyone!

Models 1 Reforged HD Models 1
Pretty sure some sort of manipulation is going on but still let's go @Raddazong !

YourArthas said:
Pretty sure some sort of manipulation is going on but still let's go @Raddazong !
Click to expand...

Models 16 Icons 3 Packs 1 Skins 8 Tutorials 1
I'm really pleased with the results of this contest! Really great work, everyone. I haven't had a chance to review the models in game yet, so I'll withhold my vote for the moment.

I love the team coloured hair on the Arc Lancer. The Houndmaster is also fantastic. Hakkar is visually an awesome character so it's very exciting to finally see his likeness created for Warcraft 3. It's always great to have more troll and draenei heroes too. Draenei models in particular are often in short supply! I quite like the fur collar on BurnedSmackdown's Villager Hunter. The inclusion of the cinematic animations on that one are very welcome too!

Maps 3 Reforged HD Models 17 Reforged HD Skins 20 Reforged HD Icons 6 Tutorials 1
This is a relatively new ground, HD model modding was around for like.. one and a half year. Some people had a lot of experience other less.
Will try to give good tips besides the review. Here are my thoughts and technical analysis from top to bottom of the list.


This is a humble character, which is perfectly fine, after all she's a villager, not a soldier. I like the model and think it's even ¨cute¨ in a way.
The Huntress fits the contest well imo.

Artistic:
+ Geoset choices work well and are fitting for this character.
+ No custom textures is not always bad. This character could for example be used as a villager running off to equip herself and transforming into this model in some campaign.
~ No icon provided, but female villager is rare enough for it to not be a big deal.

Technical:
+ Animations generally work as intended and fit the character.
+ Considering there are different upper and lower body parts, this is executed very well.
++ She holds the gun without it moving about, I know how hard it is to do so. You killed the animation frames making arms glued to the gun, but it works!
~ Not perfect hand movement while shooting, but it's very hard to fix and is barely noticeable form RTS camera distance
- Cape and hair are clipping a little too much for my liking, it would be a little challenging to fix, but definitely possible
- No PopcornFX for the gun shot (and therefore no sound on attack)
- No death sound


Legit a very nice model! Looks like a fresh new character, both fitting a neutral hero and a Burning Legion one.

Artistic:
++ Excellent geoset choices, you completely transformed the Bloodliend into a whole new (very intimidating) character.
+ Re-textures are quite good as well.
+ Good PopcornFX for fire and spell animation.
+ Normal fire makes him even a little more distinct from usual fel fire demons in the Burning Legion, for some reason I like that.
+ Provided a decent enough icon for the character, which was necessary since he has a very unique look.

Technical:
+ Majority of animations are fine, you even used the double weapon trick for death and standard animations.
~ Spell 1 animation is a nice ideas, but has a quite awkward head position, could be fixed easily.
- Dissipate animation has crazy moving geoset for a split-second.
+ Texture sizes are good, large textures for Emissive and ORM are reduced in size as should be standard for all HD models.


Disqualified because stole secret/hidden model from Blizzard!!! No... jokes aside, this has such high quality that it's 100% 99% Blizzard standard (in a good way, you Reforged haters!).
I am almost worried it's too good for it's own sake. Technical and artistic choices are so well executed that it barely looks like a custom model.

Artistic:
++ Absolutely perfect geoset picks.
+ Simple retexture, but it makes him more distinct from Forest Troll High Priest. Most importantly you gave him underwear... thank you... it was absolutely necessary for his animations...
+ Provided a good icon for the hero.

Technical:
++ Incredibly impressive and clean animation transfers. Nothing looks off, like said, it's perfectly implemented.
++ While he uses the same animation as the original hero, you went the extra step to make ALL of his extra geosets animated in every single animation (the feathers, heads etc.). This takes a lot of effort.
~ You bastard... I spent so much time to find a single flaw and there was none.. buuuut, one single animation bone (his back equipment) moves a liiiitle bit awkward in his death animation towards the end (even though you would never see it ingame).. gotcha bitch! Nothing's perfect!


Honest thoughts, this is not the best you can offer (your Blood Elf Warden for example is a really good model).
You took a risk going for a character that doesn't exist in Reforged, an unbroken Dreanei, in some ways it worked, in other not so much.
Since you took Tormentor (succubus) model as base, you could have greatly improved the aesthetic of the character by making her a ¨fel Draenei¨ like Tyrant Velhari of the Sargerei, without reworking too much, except skin colour to red. She could have looked like a succubus, but still be a (ex-)Draenei character.

Artistic:
~ Geoset choices besides the leg armor are not that great. Like said, she's way too bad-girl for a normal Draenei, too skimpily dressed for that race. Also the shield has skulls.. man this could really work well for a fel-Draenei, you missed a great opportunity!
- Texture recolors for gear are just meh, sorry. You could have made the axe from some ice geoset to make it crystal, but it's all just pink overlay.
~ If you really were going for a normal (good) Draenei, you could remove the face paint, and make her eyes blue like most of the seem to have.
~ No icon provided, but succubus one can fit also.

Technical:
+ Animations work fine actually, axe throw animation etc. are a good touch.
~ You kept the LODs, those don't need to be in a custom model at all, they just make the file larger (which is not an huge issue for your model).
~ Clipping occurs only with shield and pauldrons, not that critical.
~ Dissipate animation somehow seems to start too fast after death anim, think the latter one is the issue, but it's not that bad.
~ Emissive texture is too large in file size. For it to look good, full image size IS NOT required. Next time reduce the image size of Emissives by half... also it doesn't need an alpha channel, so it's half file size gone again. But since it's only one Emissive texture, it's not critical.

So... I wanted to be as objective and fair in my vote. With only 4 contestants for me to choose from (sadly some others with great potential not having time to finish) the choice for me is simpler to make.
My favourites after the deeper look at the models are the Houndmaster and Shadowhunter. First one is very unique and is done well, second one supplements an existing hero to a different troll tribe, but is done almost entirely flawless.
My vote goes to: Bagysta's entry for how well the character is done and how great the technical aspect of that model was executed.
You must log in or register to reply here.