March of the Stormwarden 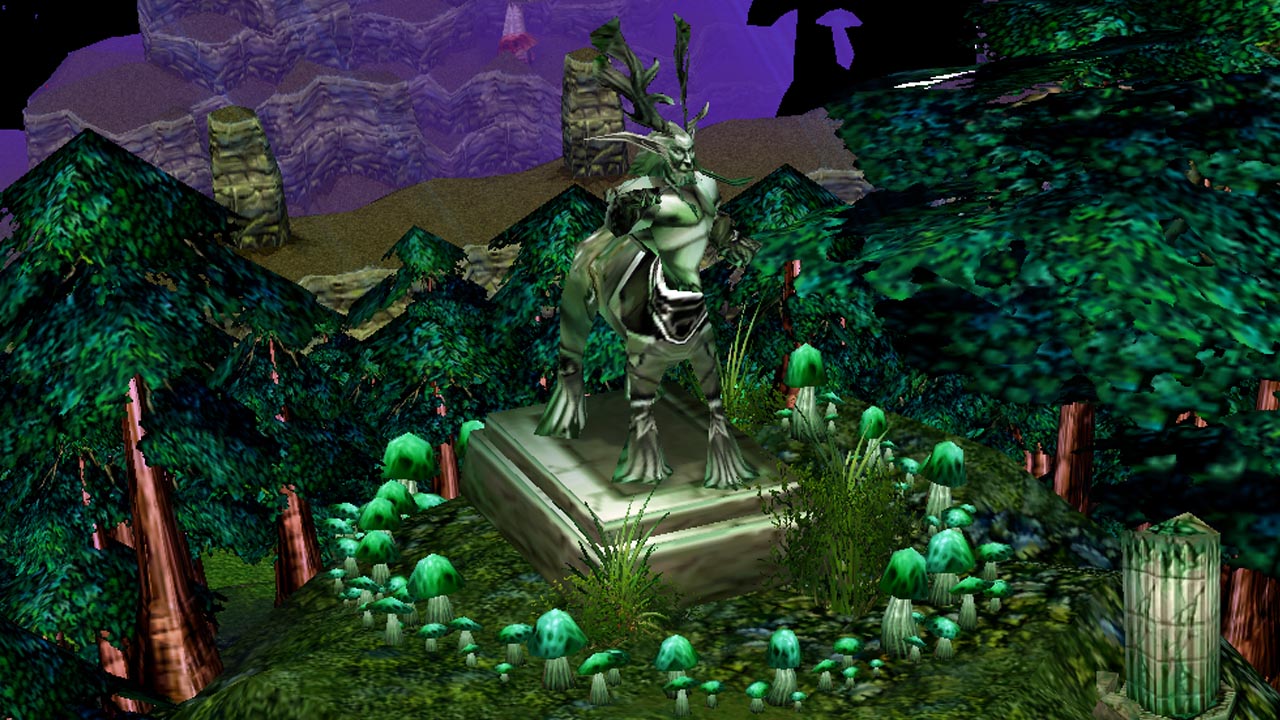 This bundle is marked as approved. It works and satisfies the submission rules.
View usage Statistics Legacy download
Reactions: deepstrasz and Mythic

March of the Stormwarden
Created by Abelhawk

This scenario follows the adventure of the Stormwarden, an ancient protector of the Wildlands of Ashenvale. Summoned by Moonsister Thilera, you must use the powers of the storm to defeat monsters, regain the confidence of the Elder Gods, and defeat whatever the source of this darkness is.

Some else stuff about map:

This map is unfinished as of its submission to the Mini Mapping Contest #16 it was made for. Hence, it ends abruptly after the first two bosses are defeated and the player attempts to exit the town through the new gates. There may also be other bugs, as thorough playtesting has not been undertaken yet. These will be fixed within the next month of March 2020.

Please let me know in the comments below if you find any problems with the map! 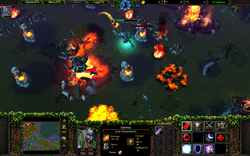 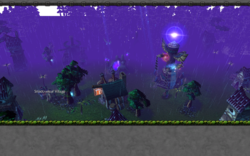 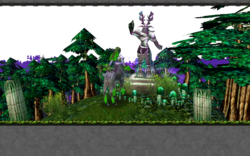 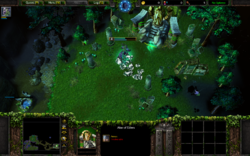 March of the Stormwarden (Map)

Shar Dundred
Map appears to be functional & doesn't break any rules. I did not run into any of the previously mentioned issues, you seem to have effectively fixed them. Approved.
Read full review...

Maps 1
Ugh. So sad that I ran out of time for the contest. Oh well. I'll update this someday.

I don't really know what's classified as an obvious bug so I'm just going to give my opinions of the maps from the beginning. First off, I watched your streams over the last few days while you were making this, had you mostly in the background but I did tab in and out often and thoroughly enjoyed your commentary.

It was pretty cool to have an idea of what your map was going to be before playing it and still be surprised along the way. I really like how you decided to balance the hero. High mana regeneration, low cooldowns, very much like the HoTS hero or moba from which it was inspired from. It's a cool concept. Having to manage your abilities with the high mana cost but also not having to wait too long for it to regenerate. I played my fair share of games where once you're out of mana, you're either dead or you bring pots.

The chest mechanic. I really liked the chest mechanic. There's just something so satisfying about opening a big chest of goodies. I tried the silver key first (which failed, btw). I think for balance patches, you shouldn't give away so many gold keys, it kind of took away the fun of failing a chest (<- Ikr, failing probability is fun too) since I had far too many gold keys within the first 5 mins.

Maps 3 Templates 2 Ported Models 44 User Interface 1
The map has potential, but I have encountered a game breaking bug, and I am now unable to proceed. I got killed, and now my character won't respawn (see last point of my list).

Maps 1
Guess you shouldn't have been a jerk to the citizens of Shadowleaf
Thanks a lot for the feedback though. Try playing again without doing that and see if you can die elsewhere and it works. I'm guessing I checked a boolean at some point in the aggro trigger and it may have broken the death system.
I'll definitely make note of all of these errors. I should be able to work on this map again starting this Saturday.

Abelhawk said:
Guess you shouldn't have been a jerk to the citizens of Shadowleaf
Click to expand...

I always make a sport out of trying to kill friendlies

Abelhawk said:
ry playing again without doing that and see if you can die elsewhere and it works.
Click to expand...

Sure, I will give it another go.

Abelhawk said:
I'm guessing I checked a boolean at some point in the aggro trigger and it may have broken the death system.
Click to expand...

I'm actually looking through your triggers to try and see if I locate it. From what I see the "Defence" trigger doesn't deactivate any respawn critical booleans, so the problem lies elsewhere.

Abelhawk said:
I should be able to work on this map again starting this Saturday.
Click to expand...

You should wait until the contest has been concluded.

I'm just used to QWERTY hotkeys, so it felt weird to me. Someone else might find it better suited to them though. Just a matter of preference.

You should wait until the contest has been concluded.
Click to expand...

Yeah, I won't upload updates until then.

Also, I know I forgot to/ran out of time to make this clear, but if you press the Escape key it'll relock / unlock the camera to your character.

Abelhawk said:
Also, I know I forgot to/ran out of time to make this clear, but if you press the Escape key it'll relock / unlock the camera to your character.
Click to expand...

Aaah I didn't know that. I'll keep it in mind.

Nice touch with the Hyppogryphs in Shadowleaf village, +atmoshpere.
Damn the map bugged out after breaking a large wooden gate in the eastern caverns, had to alt f4 the game (got stuck in the cinematic).

That's a bugger because so far i enjoyed the map.

edit: i will give it a second try later
edit2: sadly i couldn't progress again, this time the flute seemed to bug out
Last edited: Mar 3, 2020

Maps 1
I'm going to start working on it again. I'm not surprised that I missed some game-crashing bugs. I hope you'll give it another chance when I update it! Thanks for your feedback.

Maps 1
Version 0.9b is out!
I did a couple of passes and fixed a lot of the embarassing game-breaking bugs I released this map with >< Give it another playthrough and let me know what you think! It's still not finished, but you should at least be able to get farther in the game without the game breaking.

Packs 1 Skins 1 Maps 10 Tutorials 1
Map appears to be functional & doesn't break any rules. I did not run into any of the previously mentioned issues, you seem to have effectively fixed them.
Approved.

Maps 1
I don't know if it's just me, but I can't use the horn past the shadowleaf village or the game will simply freeze. Also can't wake up the ogre. So yeah, duh...

Maps 4
So yeah, can't continue because of that bug as the runes can't be activated without the Horn and it's mandatory to win.
Generally, it's a nice little adventure RPG.

Maps 1
Thanks for the bug report. When I have the time and motivation, I'll definitely try and iron this map out. I probably shouldn't have been so ambitious with some elements in the game.

Abelhawk said:
Doesn't it also slow down enemies in the radius or something? (Can't remember off the top of my head)
Click to expand...

Abelhawk said:
hat is good to know. I hate when I make mistakes like that. You're sure it gave you the quest and didn't just update the objective?
Click to expand...

Can't tell since the quest wasn't finished yet. But the quest message didn't say update.

Abelhawk said:
Though maybe it'd be good to make it regenerate more slowly in actual combat.
Click to expand...

Abelhawk said:
I probably shouldn't have been so ambitious with some elements in the game.
Click to expand...

No, it's good. Spices things up. Just take your time to make it good.
You must log in or register to reply here.

P
March of the Undead

March of the Scourge

D
March of the Tower