Maps 3
I was browsing the web when I ran across an interesting theory on the Diablo 3 release date. I'm 100% sure it's not true, but the fact that someone went through all the trouble to come up with something so intricate is quite impressive. I had to post it here for everyone to see. If you're the kind of person that loves conspiracy theories or dectective story, then you'll like this.

Please, don't judge this before you read it through and think about it! I finally, after several months of extensive research have found the true secret that Diablo carries. Please bare with me.

Believe it or not but the secret of diablo 3 is within the Dol rune. By now, you are all probably thinking wtf this guy is trolling. But before you discredit me let me show to you this jaw-dropping truth. The stats of a Dol rune:

Why Is this important you ask?

Well. In diablo 1, the lord of terror had PRECISLY 8,575 hit points. Are you getting scared? There's more

Note the stat on the dol rune that stands out the most, "Hit causes monster to flee 25%" Now, naturally this ONLY works on regular monsters but not bosses ... right?

What does this mean to us? Well, because of some glitch in the hardcoding of d2:lod this fact somehow allows you to surpasse the boundary of "hit causes monster to flee" not affecting bosses. In otherwords, because of this fault on behalf of the blizzard programmers aslong as you have a dol socketed into a weapon you can make diablo run away from you with each successfull hit. Ironic isn't it? The lord of terror, in TERROR. ( Some argue this was initially an intentional "easter-egg" the programmers added for a twist)

Okay... okay. After making you read all of this I won't disappoint you. There is indeed an even greater scandal revolving around the dol rune. One that will literally make you [email protected]% bricks after reading this. Let's move on!

For months these words echoed in my head and it wasn't untill tonight I realised what impact these words bare and I felt compelled to type out this thread and share it with you all.

I knew I had seen this very word somewhere in the game before, but where? Gnaw Fold. It was a rare ring I had left in my stash since 1.07. According to recent databases, the prefix Gnaw and the suffix Fold no longer exist, however they did in 1.07. I was one of the lucky few to recieve this ring randomly from as far as my memory serves me, from the gidbin quest. Enough about the ring, let me explain to you all how this fits together... PERFECTLY.

Do you see the similarities yet? Well, if you don't than look back at are old friend the dol rune.

Admit it, you are scared? This is where this little discovery takes a VERY, VERY awkward and interesting turn.

They're three difficulties on d2 'Normal', 'Nightmare' and 'Hell' In the "Hell" mode of diablo lod, diablo has a 0.05575% chance of dropping a Dol rune. Why Is this important? Apart from the scary number-patterns this tells us that JUST as with the dol rune glitch that allowed you to make diablo flee from you, here a very simliar glitch occurs. Once again, because of the "Sloppy Hardcoding" of D2 LOD (Mind, it was a rush job after the sky-rocketing sales of classic) whenever you kill diablo in hell with this ring in your ring slot the game crashes. I bet you all are thinking now, WOW what a waste of time! He made us read ALL of this to tell us that because of the incompetence of blizzard employee's the game crashes if you wear some really rare ring and just HAPPEN to get a dol rune drop for you. This is wrong. As you will find out in just a sec there is something special about this error message. It returns the following value to your screen: 64 69 61 62 6c 6f 20 33 20 20 30 39 2f 30 39 2f 30 39.

From this ASTONISHING information I would like to conclude that based on my findings I believe (and believe all you others should acknowledge aswell) that diablo 3's official release date is 09/09/09.

DISCLAIMER: PLEASE, BEFORE FLAMING / DISAGREEING READ THROUGH THE WHOLE THREAD! YOU WILL SEE MY FINDINGS ARE FLAWLESS. [ post edited by

This theory has been plastered on every Diablo 3 fan related forum. I am just reposting it here for anyone who haven't seen it and I thought it was an interesting read.


For lack of finding out if these numbers are accurate myself, I'll believe it.

You know how fucking awesome?

Maps 3
If this is true it would be awesome, but I doubt it. Because Blizzard North was making Diablo III I believe before they were turned down and that's when they started over again. Perhaps it was simply meant as a joke from blizzards side?

No sir, this is NO coincidence!

What next? Are you gonna start obsessing with the number 23?

No sir, this is NO coincidence!
Click to expand...

Did anyone ever tell you that you contribute abso-fucking-lutly nothing?

†-Revellion-† said:
Did anyone ever tell you that you contribute abso-fucking-lutly nothing?
Click to expand...

No sir, this is NO coincidence!
Click to expand...

Yeah, there is a possiblity this is just made up because who is going to test this?.. 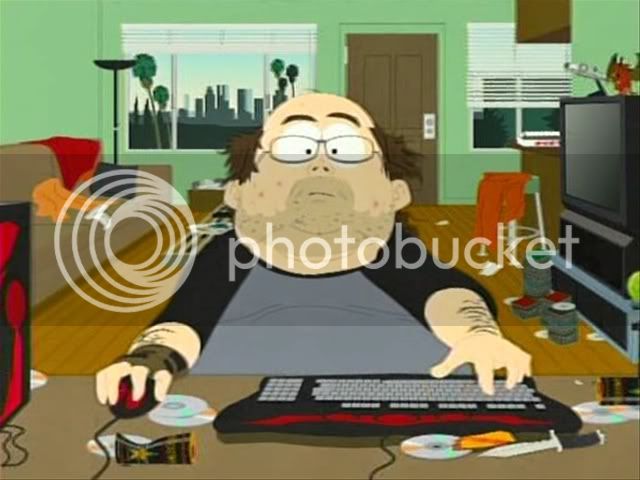 i mean, 09/09/09, i would be happy if Starcraft 2 was released before then, but D3? dont think so, considering they wont make D3 in 3 different CDs

edit : oh, and i dont see where the Gnaw Fold ring fits into all of this

i mean, 09/09/09, i would be happy if Starcraft 2 was released before then, but D3? dont think so, considering they wont make D3 in 3 different CDs

edit : oh, and i dont see where the Gnaw Fold ring fits into all of this
Click to expand...

May i remind you that blizzard was working on starcraft 2 already before it was announced, also with diablo 3. And 09/09/09 seems a fair date to me.

Anyways, it also could've just been a ''funny'' and totally not be true. Still.. if it's true then it's quite awesome to find out.

Models 1 Icons 32 Packs 2 Skins 1
that guy needs to get a life. And maybe the error message is just faked... anyone could just use a hex translator and post the thing he got. Screenshots or it didn't happen

I love stuff like this.
But i seriously doubt that it is true. Besides that, i would really want to say something stupid as many others.

So without further hindrence, im going to say that you gotta provide us a couple of screenshots.

Models 1 Icons 14 Maps 8
Well, I would really, really-really like to believe that this means something, and that it's atleast halfway not coincidence because the 666 as a release date for d3 would really be cool, but... you know, I can't say I'm not skeptic.

Models 14 Icons 22
Pfft, everyone knows Diablo 3 will be released on April 1st 2009. The Great Platypus said so.

An interesting read, though I doubt it 100% as there is no way to predict the release date since blizzard just goes until their done. The only purpose or making a release date (for blizzard any way) is to build up hype before sales. And honestly I think they should scrap this project and start over. It just looks so dated.

Icons 82 Packs 2 Tools 1 Maps 6 Spells 11 JASS 1 Tutorials 1
Well I think if its extra made from Blizzard it will surely be true, but if the error is not made by blizzard its nothing at all.

Maps 3 Spells 1
This is funny. Replay or it never happened.

HINDYhat said:
This is funny. Replay or it never happened.

LordDz said:
256... That number.. It's the max kills a unit in starcraft can get, it's the max world editor size! Do I see a connection?! Is it the worlds end?!
Click to expand...

i believe its 255, since the max amount of upgrades in SC was that(not 100% though, long time since)

but as i said, long time since i saw a unit with max kills

Icons 3 Maps 5 Tutorials 1
Not to interesting

Yeah i saw this on the net it was fascinating

Spells 2
The responders to this thread... lol, you are pretty provocative and himiliating aren't you?

I do I agree that I don't think he is right, and that it is a pure coincidence.

Maps 2
I bet that, that is the release date. Blizzard has always liked to trick their players.

Super-Sheep said:
I bet that, that is the release date. Blizzard has always liked to trick their players.
Click to expand...

gonna agree with that.

Icons 15
Does anyone remember anything about Blizzard? Release dates have always been pushed further and further ahead. They can't accurately predict a release date.

Screen shots or it didn't happen. I am so surprised nobody has said that yet...wait did somebody? Anyways I'll believe when I see it. Blizzard tries its best to 'Release games when they're done'. I have yet to see them NOT do that. Anyways yeah thats all.

Me neither, just remember how many times sc2 was delayed. Or BC...
Anyway, I hope this is true, but it's not very likely. Btw, did any of the blizzard's employees comment anything about this anywhere?

Maps 2
Oo, in 8th month this year SC2 will be probbly released, new mmo announced, 2 or 3 news D3 classes revealed. D3 will be out next year y... -.-' , they didnt do much with the game, they still have lots to do. BTW i think that the next monster in beastary will be some Boss.
And the next Blizzcon is almost all about Diablo 3.

Icons 21 Skins 3 Maps 1 Tutorials 1
I do belive this, but i do not belive how they can pay a Blizzard employe for doing mthematics in the longest hex/code i ever seen which must have taken time and they weren't even sure if someone would recognize it... Oh wait...
And, Btw shouldn't push Blizzard to release it, because i think all of you would rather wait a year than playing a crappy game under your expertations.

LOL this is so cool, good job dude

Models 13 Icons 5 Skins 7 User Interface 2 Tutorials 2
So, have the people in black vans taken you to the hidden Blizzard holding facility yet?

Revolve said:
I do belive this, but i do not belive how they can pay a Blizzard employe for doing mthematics in the longest hex/code i ever seen which must have taken time and they weren't even sure if someone would recognize it... Oh wait...
And, Btw shouldn't push Blizzard to release it, because i think all of you would rather wait a year than playing a crappy game under your expertations.
Click to expand...

I'm more suprised how someone could use their time to think it out.

Sounds cool. Not scary but cool^^
Edit: Okey, never mind what i said before.
I just craped my pant!
How can this be?

I hate errors, but I can't remove them...