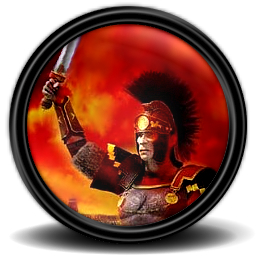 This bundle is marked as approved. It works and satisfies the submission rules.
View usage Statistics
Reactions: Crazed_seal2, 88WaRCraFT3 and Hawk

You begin with a custom race. Then build up your base. Train a strong combo army and attack the enemy.
The game is based on Levels. So there are 3 Main Buildings, 3 Towers, 3 Barracks, 3 of each Unit-Type. This excludes the King.

The map uses a full custom AI, created by me, that is actually quite good once your a good player at this game, and is very strong for new players.

The map uses a standard map (DivideAndConquer) for terrain, since I suck at terraining, I would make the map completely boring.


# is the the color of a player (example -ally light blue). 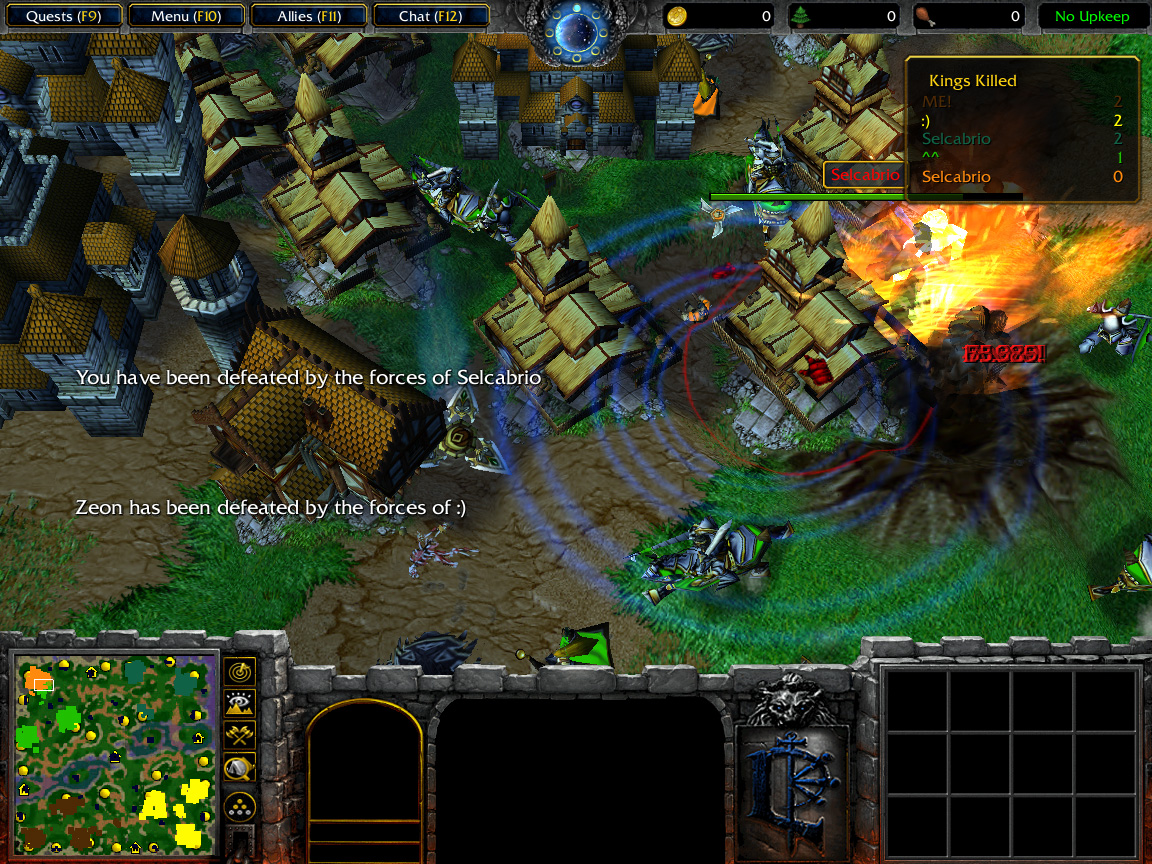 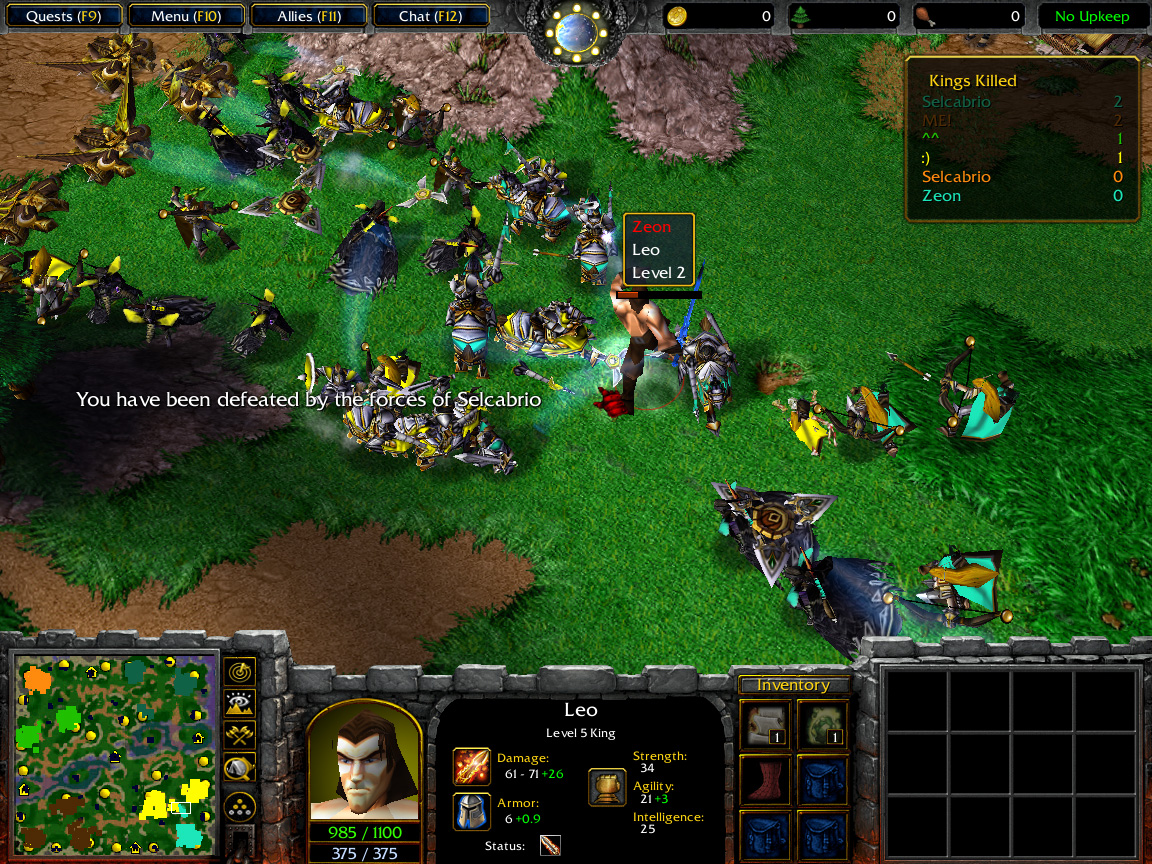 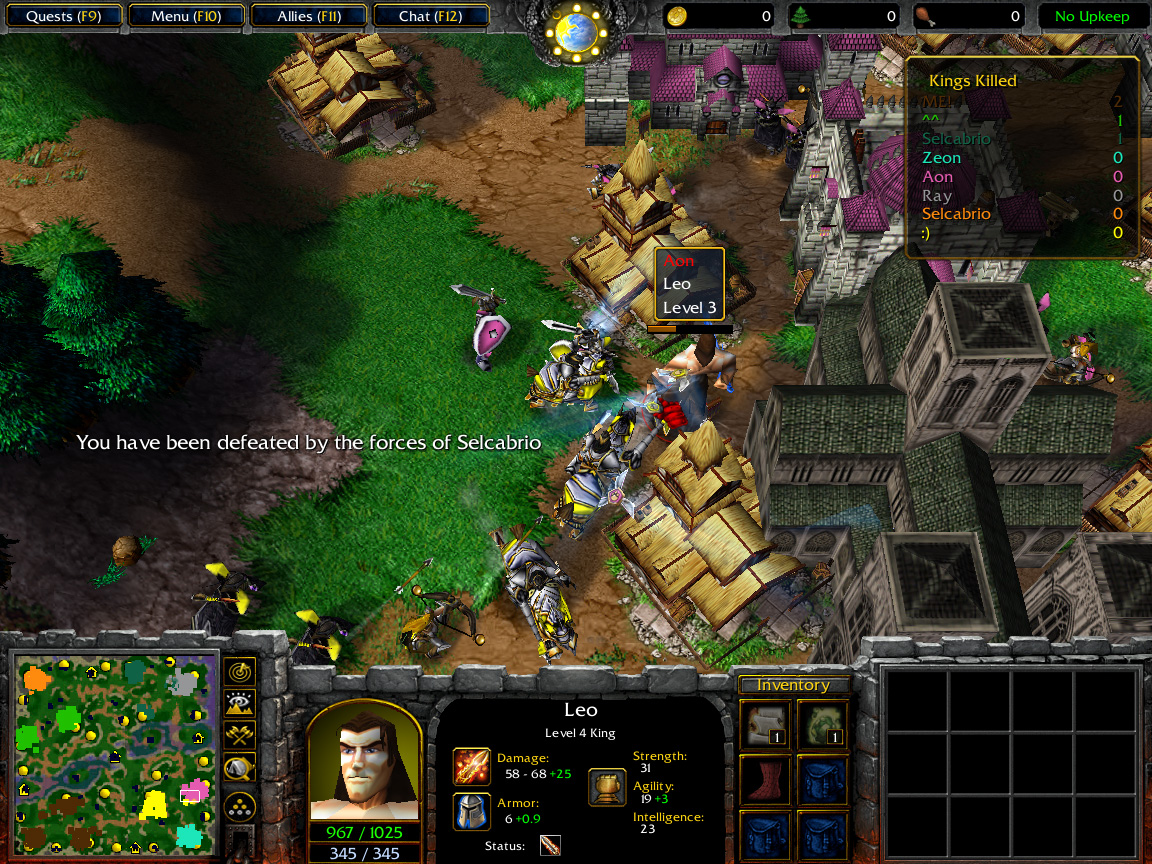 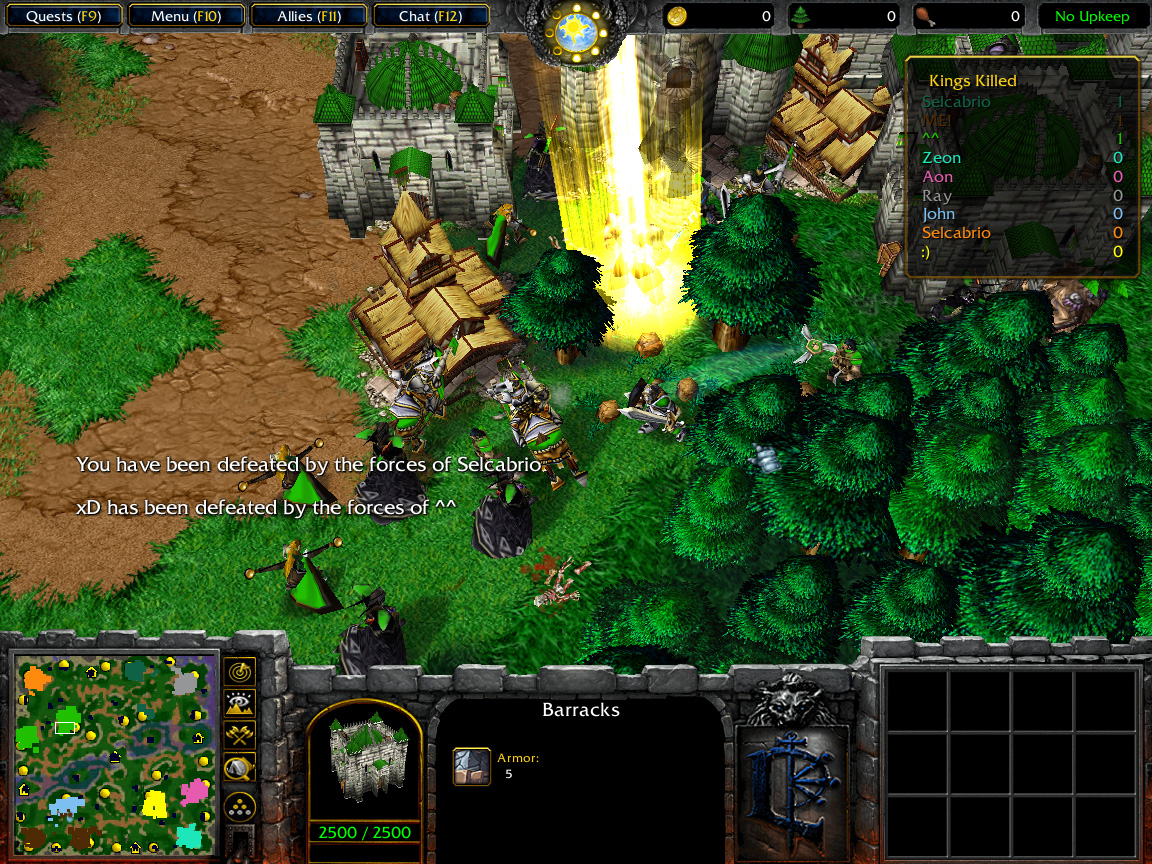 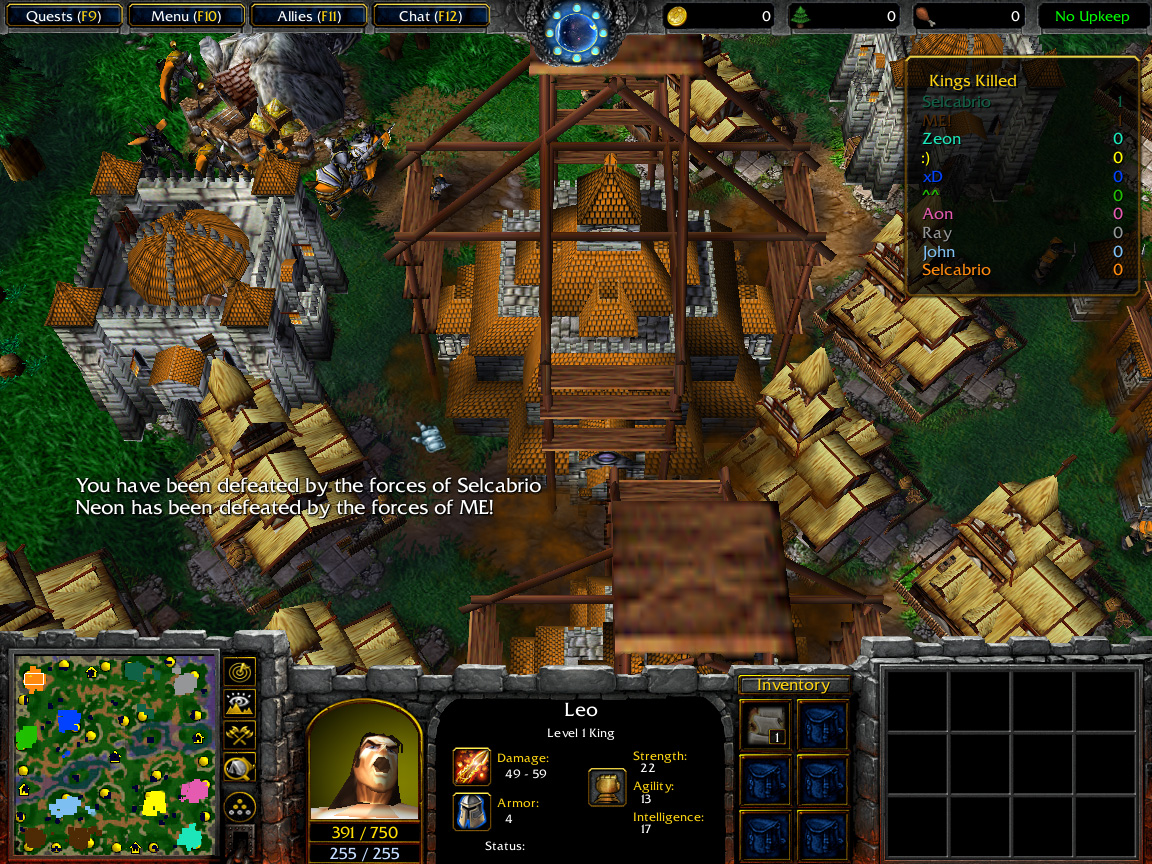 Also if anyone wants to help me with this map, then this is for you: http://www.hiveworkshop.com/forums/project-recruitment-256/great-battles-middle-ages-165309/

Maps 3 Spells 3 Tutorials 1
I thought I told you that already... I didn't fix it yet

Maps 3 Spells 3 Tutorials 1
Not a bug, this is intended.
You can creep till level 5, all the rest needs to be done by Player Fighting.

Maps 3 Spells 3 Tutorials 1
I'm short on time, so I'll make a few new versions in the next 2 days.

how do you ally and unally each other?

Maps 3 Spells 3 Tutorials 1
These are the commands:

Your map name is labelled Great Battles - Middle Ages v.10.7, yet you don't add spaces for the hyphen in the quoted one?

- Credits could also be organised in a more cleaner way as well, by models, coding, and other for example.

You begin with a custom race. Then build up your base. Train a strong combo army and attack the enemy.
The game is based on Levels. So there are 3 Main Buildings, 3 Towers, 3 Barracks, 3 of each Unit-Type. This excludes the King.
Click to expand...

A very simple summary of the map, although I guess that will do. But why is Level, Towers, Barracks, and Unit-Type capitalised? If they're some special 'rank' in the game, I guess that is fine, but otherwise capitals aren't needed.

Currently only uses one mode:
-dis
This mode disables the use of Devils Contract (Read Bellow)
Click to expand...

This mode allows the King to sign a Contract to gain special powers over the other Kings. As a result your hero becomes stronger, but you lose your whole army and towns for the game.
Click to expand...

Why is Contract capitalised? And "army and towns" could be summarized as kingdom? Just a thought. No idea D:

The unappealing description & screenshots (to me, that is), 'unoriginal' terrain (ignoring your explanation) and the the genre of building an army makes me uninterested in this map, so I won't be playing this map.

Maps 3 Spells 3 Tutorials 1
It's because I'm used to write every important word in Caps.

Maps 3 Spells 3 Tutorials 1
But if I'm lazy? Anyway a review is no longer required as this is already approved for a while...
And it would seem that my Description was good enough.

Maps 1 Spells 2
It wouldn't hurt to take a minute or two to fix those listed errors (and others you may find) though. I think you should also keep in mind the grammar and the like for your next resource D:.

I played the map, at the beggining it was all ok but i dunno if it was the champion barracks or the Church but when it was finished the game broke down

Maps 3 Spells 3 Tutorials 1
As said, the AI cause a fatal error, don't play with them.

Maps 3 Spells 3 Tutorials 1
Update
The AI has been remade, with it some good news appear:

If you manage to beat the AI in a game of 1v1 please post the replay.
Also write which level the AI was (easy, normal, insane).

I need this to improve the AI further, reward is +rep.

Icons 1 Skins 1 Tutorials 2
I just played the map and pwned the AI.

A few Glitches or Bugs or gameplay issues:

-One of the AI got killed by the creeps, his units turned to hostile. I killed his Lord's Fortress and gained every neutral hostile unit on the map.

-By the end of the game my hero could possibly solo armys.

-King Targetting is an effective strategy, give the heroes divine shield.

-Kinda hard to start cause you have no clue what to do.

It was too easy. I went around killing creeps with my king and 6 soldiers then the AI attacked me. I ran after the AI as it fled back to its base, I used my king to kill the queen and win.

I attached a screenshot of modes. And the replay

Icons 1 Maps 6 Spells 1 Tutorials 1
Gameplay seems kind of meh, but for an altered melee it's not too bad. The art choices could have been better, though.

well, i played with AI, and it seems very easy, just target their king or queen. Give the king/queen ability to increase armor, block chance or maybe ability like divine shield. it's just a suggestion. And when i was played with AI, one of the AI was killed in the middle of game, by neutral hostile...make the ai more smart.

I see it has gone from 13.0 to 13.3, but there is no changelog on the hive. Can you please update the description to have a changelog? It would make so many of us happy.

Also, the AI is really weak, i did a game with me and 5 other insane AIs, and i won. Easily. By the time i had gotten to the last AI's base with my legendary tier army he was still on the champion tier.

Maps 3 Spells 3 Tutorials 1
The AI is weak against rushing.
I won't be adding a changelog because I don't remember everything I've changed.

Even if you started doing it just now, i'm curious to know what is new.

Also, i didn't rush, i had a large base with walls and gates and everything, and was basically waiting to be attacked. It was about 45 minutes before i attacked anything.

Maps 3 Spells 3 Tutorials 1
Well the AI behaves very bad against a fully locked base with walls, since the AI attempts to eliminate the damage source first.

Oh, that would explain that. Would it be possible to have the AI check for any routes into the base, and then if not, attack 1 or 2 of the walls to create a hole?

Maps 3 Spells 3 Tutorials 1
It would be possible with triggers, but those often conflict with the AI.


- New Hero (Queen): Lilly the Archer
- Fixed the AI to finally use heroes properly, including the new hero Lilly.

i say go for the updated AI thing and maybe make it to where they expand cause when i played and went to their base i had like 3 all fully upgraded and they only had one with no mine and only half upgraded base :\

Maps 3 Spells 3 Tutorials 1
They actually do expand if you let the do it.

orcwar2 said:
eh i think they might of gave up when they stormed my castle with 2 archers and jaina which was very easy to kill might of been what happened plus it was like about an hour before i went after them (i decided to goof off and kill the black dragons with 1 assassin at a time

Now that you mention it... I think they AI really does give up when something dies that they can't recreate (hero in this case).

orcwar2 said:
so for a good game until (or if) you get a fix dont kill king/queen for good game with ai

oh btw i think i found a leak it said purple (ai) had queen jaina and she never ot killed but when i looked at purples army its queen wasnt there
Click to expand...


It's very possible that she was killing creeps or exploring.

Maps 2 Spells 4
I didn't played the map with other players, but i saw some problems - the shadow of the buildings - they are just not real! You can create a dummy unit that is uber big shadow and place it in the building (when you are given it the ability Locust) with triggers. Also when i build the fortress and the other big things - they get underground - half of the building is in the terrain an that is just unreal and stupid.. i don't say that the models are stupid! Overall the map is good! )

Maps 1
it's your and maps problem for having 154 changes, lol
it would have been no problem with spoiler tags at the first.

Luffy said:
it's your and maps problem for having 154 changes, lol
it would have been no problem with spoiler tags at the first.
Click to expand...

It's not really something that matters... All you need to know is that the latest version is the best one

Ironside said:
It's not really something that matters... All you need to know is that the latest version is the best one

Maps 3 Spells 3 Tutorials 1
Sorry, even so it can't be fixed any more.

At least I did include changelogs in the other 2 maps I made.
You must log in or register to reply here.