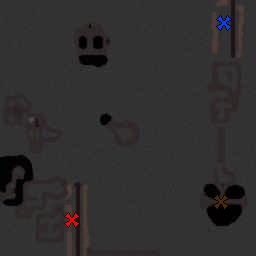 This bundle is marked as useful / simple. Simplicity is bliss, low effort and/or may contain minor bugs.
View usage Statistics
Reactions: FFVII_Valentine
This is a Quick Demo of the campaign im makeing of a remake of FF7 (a classic playstation 1 game) look forward to reading you coments ill improve the demo and campaign based on your coments hope you like it.

This map is not completed.

Edit: Played for about 5 minutes.

Okay, the concept is good, however:

Maps 1 Templates 1
Great start, goes all the way to the first boss.
Good choice of models and the music is good quality.
It's obviously early stages so not going to critique the map too much except that you missed the 'n' in 'Fantasy'.

You should check out my Final Fantasy Template for ideas, I made it to help creators such as yourself.

Let me know if you want any help.
Or if you want to use my template I can teach you how to use it.
Best of luck!
Last edited: Oct 1, 2009

This map has potential, but needs some fixes.
Terrain is one, it needs huge improvement.
Second one is typos and tooltips.
Third is hotkeys. There are none or there is nothing that shows what are they.
Barret has no death animation.

I loved the gameplay so far, continue it! The music was good by the way.
Also do what FFVII_Valentine said

The map also needs hints, maybe a tutorial, too.
Maybe give the bosses some spells like Cloudwolf's Rosaria II.

Not approvable yet, but it has potential.

EDIT: Oh also, at the bridge the camera bugs, fix that.
Aand another. I entered a fight, and my unit still walks in the walking place, and encountered another unit >_<.
Also i have 2 Clouds and Barrets right now XD.

Maps 3 Spells 1 Tutorials 1
@ TheHunterKiller: Barret usually talks with "typo's" (a dialect) perhaps that can explain it

Well, the description, terrain, triggers, overall battle system and objects aren't good right now.
The description lacks a lot of vital information, of course: any FF7-fan knows how to play this, but the avarage guy doesn't.

The terrain is too plain, you need to use more tiles (probably you need to create/download/request custom tiles), it lacks a lot of doodads and using blizzard cliffs for walls is not good at all.

The triggers... I am really someone who hates it when the triggering isn't good...
The triggers of this map are highly inefficient and they leak, this could've been done a lot better (though I highly recommend importing FFVII Valentine's system, which is the best around).

The overall battle system isn't like in the real FF: you can use 2 attacks shortly after eachother, you cannot defend/use items/summon, there is no ATB gauge, instead you've used cooldown and there are no limit breaks.

You really need to improve either the tooltips, or create/import a system that resembles the original FF7.

Another bug: When I was fighting 4 guards and 2 wolves, after I had defeated everyone, the camera was still spinning and I couldn't move it.

I realise you cannot create the entire FF7-story, though... a bit sad, since you will need to skip a lot of good scenes, but I guess it cannot be helped.

Rejected...
You must log in or register to reply here.