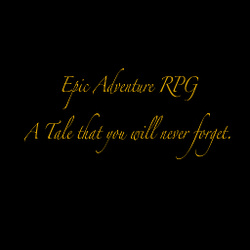 credits to kitabatake (who uploaded the model, i don't know the original creator) olof, and fingolfin.

still in late beta, 2/3rds of the last boss is finished, more implements such as much more bosses, storyline, and classes will be added later on. The gameplay style is similar to videogame RPG (though, not a ripoff)


The Epic Story
Long ago, in the peaceful planet of Nom, a long discovered planet of the Azerothians who built spaceships and began to colonize space. The planet was desolate of life (besides plants and insects) and was very beautiful. Though, with every good rises an evil. A loving lord, Lord Drainarath, ruled over the kingdom of Plumb. A strange entity blackmailed him and trashed his reputation, destroying everything he was had. In his exile traversing the forests and catching lots of malaria, he met a strange metal-clad warrior with a dwarven weapon of some sort. He said his name was John, and he landed here from the end of a video game cut scene in a cool pod. Drainarath questioned why a human in plated armor and a dwarf weapon would be inside a plant. The two adventurers later became good friends, and discovered the small town of Booger, next to the Ethorian Forests (now inhabitated by the Night Elves). They were welcomed and stayed there for a night, and in that night the town was raided. The two quickly mustered a force of ten hearty young men, all equipped with their traditional weapons, began combat. Now, it is up you to decide the gate of like 12 different galaxies.