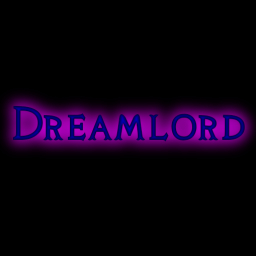 This bundle is marked as approved. It works and satisfies the submission rules.
View usage Statistics Legacy download
Reactions: Championfighter25, DingoT, Philipe and 4 others
Dreamlord
Episode I.

12th century - Ireland
Shane Scarlight, a lonely but pretty wealthy young man decides to take some rest on a chair few meters from his house. The view is spectacular, the wind blows lightly, and the only thing that interrupts the total quietness is the intense, loud song the birds sing. In less than 10 minutes our hero falls asleep. Soon after he wakes up, but in a much more fascinating place...

Map Info View Resources In Use
Reviews
10:21, 14th Oct 2008 VGsatomi: Approved. A very engrossing campaign. An involving storyline complete with smooth 3rd person camera work makes this a really good quality campaign. Good terrain effects- not too much so where it slows down the game. Use...
Read full review...

10:21, 14th Oct 2008
VGsatomi: Approved. A very engrossing campaign. An involving storyline complete with smooth 3rd person camera work makes this a really good quality campaign. Good terrain effects- not too much so where it slows down the game. Use of good quality music and skins enhanced visual and cinimatic appeal greatly. Its nice to see some gameplay that doesn't immediately involve mindless hack'n slash. Great work.

Models 32 Icons 3 Packs 1 Maps 5 Tutorials 1
From the minimaps doesn't look much good. But I'll give a try now.

Maps 4
Well I hope you'll like it guys!
Good luck and have fun!

It's awesome,I hope to see the Episode II coming soon.
You have 5\5 from me.

very nice map! finished it in 1 go...chapter 10 is crazily tough tho i can say.
Really looking forward to the next Act. bravo.

Maps 4
Arrow key movement is too delayed imo. You know when you press a button and the character moves only a second after.
I don't really like that.

Indeed. Keyboard movement does not work well with WC3.

Marvelous campaign, though the dialogue is sometimes... quirky.

Models 32 Icons 3 Packs 1 Maps 5 Tutorials 1
I meant the arrow movement as option. You could still control the character with mouse.

Models 1 Packs 1 Maps 24
If I remember right, if you have an arrow movement system in single player, it doesn't have delay at all, but I might be wrong.

neutral points
+\- The terrain is good but all that colors and effects throwed everywhere make it strange sometimes. (I know it's a dreamworld but looks bad sometimes)
+\- The new camera is good but get annoying sometimes,I would have preferred the standard one,or at least an option to reset it.

bad points
- The character design isn't that good (the fairy for example doesn't talk very often)
- Items,you need more custom items....
- You need more dialogues,some maps for example ends without a word from the characters
- Why I'm back to the Main Screen when a map it's finished? It's boring....
- lv20 already and at the beginning,can make the campaign boring and ripetitive,the majority of the players wants to train the heroes by themselves.

The new camera is good but get annoying sometimes,I would have preferred the standard one,or at least an option to reset it.

lv20 already and at the beginning,can make the campaign boring and ripetitive,the majority of the players wants to train the heroes by themselves.
Click to expand...

Well I can only give answer to these 'problems'. This game is basically an adventure game. It's not about the character levels. Also the game would be much much easier and shorter with the normal cam.

Anyway I'm glad you liked it! Among others that is why I'll continue making campaigns and multiplayer scenarios based on Dreamlord.

nice map.
very fun i like the use of the different colors to show the dream world
and i think i fond some bugs...

Hey i love this map, and just one problem, the story line kinda jumps around.

great campaign, but what must I do in five mission? simply kill spiders? but nothing happens...

THIS IS THE BEST CAMPAING I EVER PLAYED I GIVE YOU 99999999/10
-STORY: FUCKIN UNBELIEVELY COOOOL
-MODELS: ALL FROM HIVE, AND U GAVE CREDITS, GOOD
-GAMEPLAY: FUCKIN COOL, U DONT HAVE TO CONTROL 4 UNIST, BUT U CAN ORDER THEM, ITS FUCKIN COOOOL!!!!
-SKILL: OMG MAN SKILLS RULE, THEY ARE AWSOME
ENERGY OWNED ALL DD
GJ MAN
Fasza játék !!!

Brilliant story and map design. A enjoyable campaign/map for everyone.
Last edited: Feb 6, 2009

Icons 5 Maps 6 Spells 1 Tutorials 2
in episode 2, when i've found the flower, then there's no circle i can enter, and i've looked all over? what to do?

Thanks for playing it!

This is an amazing map- usually campaign maps are OK, they are not great but this campaign goes against that pattern. Great models from Hive Workshop. Nice storyline though I am eager to know what happened after Shane died - he is allied with Dean? The guy who wanted to kill him? A filler for that jump would be helpful. Spells are top notch and have their unique uses. The cinematics are nice as well.

This is truly one of the best campaign i ever played, and also like Racoon said "usually campaign maps are OK" (no offense all map maker out there^^) But this is one of the best. The story is great and the game play is different from other maps (like when you cast spells)
Totally awesome man!

A problem I encountered recently while playing Dream I, the camera view change to a very close up view in the middle of the game, so close that I can only see the floor directly below the main character. I cannot progress in this game for that reason, I just don't know where I an heading to as the minimap is full blank. If this is a bug, I hope it can be fixed soon, so I can finish playing this marvellous campaign.

Why cant I see it?
I just downloaded it but its not in the folder.

No, I make a folder for new maps. so its not lost.

Models 1 Maps 1
great game 5/5, but im playing chapter 2, after i talk to the little boy, nothing happens, no event circle appears, wat do i do??

slight bump
as i saw from previous comments, auther included, this campaign had some icky bugs that are hard to squish , while playing.
on serious note, i enjoyed the game play of it a while back, but got stuck at the end of chapter one [at the point you need to follow the road to complete the mission], gonna re down load it and give a better feed back.
regards, muaddib

LostFlip said:
Why cant I see it?
I just downloaded it but its not in the folder.

No, I make a folder for new maps. so its not lost.
Click to expand...

There's your problem. Put it in the campaigns folder.

Truly remarkable! It has a very nice feel to it! the terrain is very intersting, the music is relevant and the gameplay.... is fantastic.... I love this campaign. I love you. I love how the fighting only really starts at the fifth map, and on the others, the gameplay doesn't NEED combat. A marvellous campaign. 5/5, fo sho.
Last edited: May 18, 2009

Ninja-Walrus said:
There's your problem. Put it in the campaigns folder.

Truly remarkable! It has a very nice feel to it! the terrain is very intersting, the music is relevant and the gameplay.... is fantastic.... I love this campaign. I love you. I love how the fighting only really starts at the fifth map, and on the others, the gameplay doesn't NEED combat. A marvellous campaign. 5/5, fo sho.
Click to expand...

Thank you for your kind reply.
I'm getting it again..

Maps 1 Tutorials 1
Love it. Absolutely fantastic. One of the best campaigns I've ever played. 5/5 and +rep, man! Awesome job!

I really have liked your campaign so far, its challening, but not so much so that its impossible.

Slight problem ive come across on level seven, the orthyus one. It took me a good 10 min to kill him, which btw was a really annoying fight XD, and so i get him down to about 200 health and they go to the talking scene. Well, he decided in the cutscene to keep attacking me, so i died in the middle of it... By the end of it, it gave me game over....

Icons 20 Skins 3 Maps 1 Spells 5
I think you took the idea from the film "Donnie Darko", am I right?

on chapter 6 what to do when ur supposed to feed the dark lord what to do???????

Maps 4
Hey dudes!
Thanks for your comments!
This story is mainly based on The Longest Journey - Dreamfall. I've added lots of own thingies to make it as unique as possible.

Check out the second episode too!
Also, the third one is under construction and will be released approximately on November.

Dude,cool campaign! 5/5,but I'm still stuck in chapter two.And I took the flower,but there is no circle to go to. Help,pls?

Maps 4
Go back to the house!

epic campaign. i like the spell system and i love the story ^^.

plz help me i dont know how to complete chapter 10

Sir i cant find the nxt event circle in chapter 2... after you encountered the child... cant find the circle...
sorry for bad english

Models 1 Icons 1 Skins 1 Maps 2
Well, like someone said, the dragon keeps attacking you after you take it down, in chapter 7. So I can't pass that chapter.

But it's a good campaign. Music, story, and gameplay especially. The terrain could use some work though, and the camera view can be incredibly annoying at times.
Last edited: Oct 20, 2010

The campaign is amazing
but Essa Glous is almost unbeatable with all those annoying guardS
any ideas?