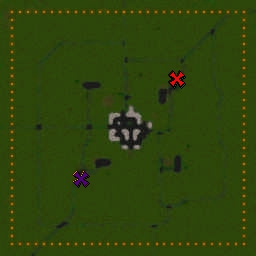 This bundle is marked as approved. It works and satisfies the submission rules.
View usage Statistics
Reactions: deepstrasz, The General and Rainbow Evil
This is just a fix (at least I think so, maybe i changed some things in all that time) for Combat Zone to work with patch 1.24.

I hope this gets approved. I dont want to overwrite the other map on the Hive, as some people are still using the old version of Warcraft.


Combat Zone is some kind of Battlefield for Warcraft III. It has a very good, almost lagg-free physic engine, and uses only arrow keys and hotkeys. The physics contain knockback, acceleration, sliding, ground friction, air friction, uplift, gravity, collision damage and bouncing. An AI is included, for Aiming Rockets and for extra AI bots which can be added ingame (-addbot 0 will make a bot follow player 0, red). The map uses Warcraft only for hotkeys and for placing the models, movement and so on is completely scripted and optimized as much as possible. Currently the map is some kind of demonstration, not a real map, it has no victory conditions, but makes fun nontheless. There are different vehicles like planes (Me 109, F22, A10, B17, B2 Stealth, MIG-29), helicopters (Cobra, Orca), ground vehicles (Hellhound, Hammerhead, Tank, MLRS, Jeep, Titan) with all different characteristics. Want to fly into the enemy with your plane and use your ejector seat milliseconds before impact and then open your parachute? Or unleash the force of a nuclear bomb? Nail your enemies with Machine Guns? Start a futuristic war with Plasma and Photon Guns? Burn your opponent with a Flame Thrower? Use a Smoke Grenade and overrun him? Teleport next to him? Evade his missiles with missile flares and then chase him to death between large city buildings with a jet? Be creative.

And still, the map has very small delay, compared to the average delay in maps using arrow keys.

VERY much thanks to all creators of models I used, this map without imports wouldn't be what it is now. I hope the way I gave credit to modelers on the loading screen is enough.

Have fun with it, and give feedback to me!


This map is unprotected, for everyone who want to take a look at the engine. If you want to create a mod, notify me.
Contents

Tools 1 Maps 11
It's hard to fly and shoot at the same time without joystick.. but still very nice!
A zombie mod could be fun too in this map^^

Raising in Korea, I fix it please?

Raising in Korea, I fix it please?

Nice one dude
You must log in or register to reply here.