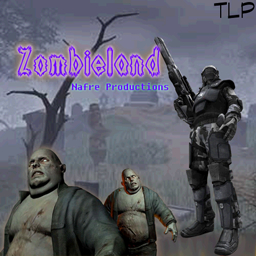 This bundle is marked as approved. It works and satisfies the submission rules.
View usage Statistics Legacy download
Reactions: twistedfate08

In order to survive this game you have to complete it as fast as possible. This game requires good team work. Sending recources to your allies may help you win this game.

Screenshots:
*The pictures may be outdated*

Image Description:
This is the whole map overview. I added coloured dots to show the locations of places. 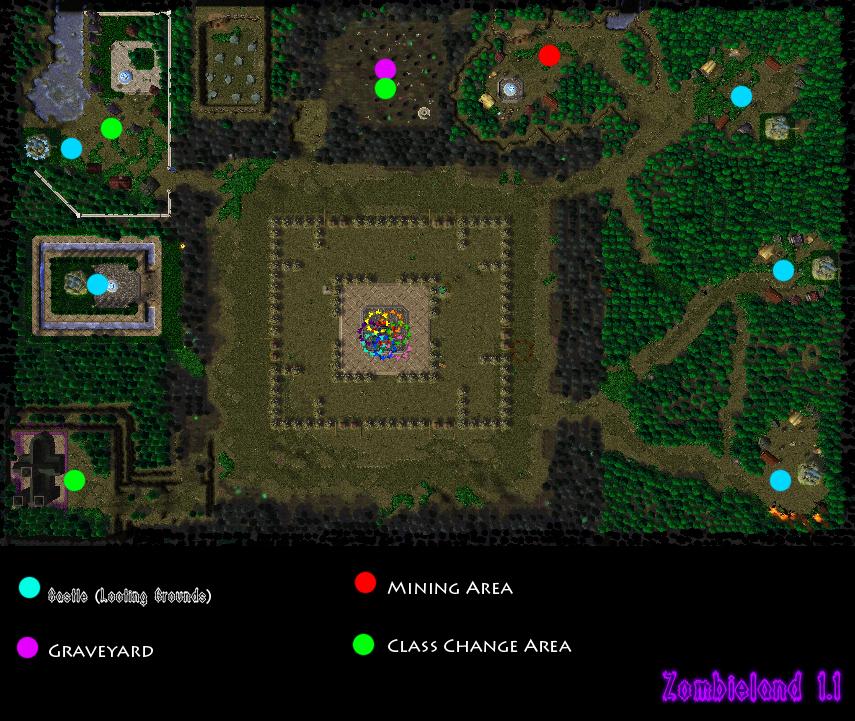 Image Description:
This is a scenery of a basic village in the map.

Image Description:
The graveyard, where the dead lives.

Image Description:
This is a scene where players are looting for lumber. 
This map is posted on THW and awaiting feedback.

This map was made by an idea from an anime and started as a Survival map. I started production on this map on June. If you happen to come across any bugs in my map please report it. Any feedback will also be appreciated.
Whats to come:

[Please do not send me a message, use Staff Contact]

Maps 6
I still need some resources for my map. Please help.
http://www.hiveworkshop.com/forums/requests-341/hq-button-request-stones-bullets-223988/

Maps 2
The map eventhough it's cool it's a bit difficult because zombies attack in a massive wave and are too difficult to get killed. Try making levels with each one more difficult than the other so it will get more intresting. Exept from this point the map idea and development are really good.

Icons 4
Hey !
This map is still so fun to play ,and i very like the idea .But it still needs some imroovement .I know that it is version 1.0 and you are planning to implement some other stuffs .But let me tell you what i think can make this more enjoyable .

*Remove those human musics becouse they dont match this athmosphere .Some imported music would be fine .Whithout music is appropriate too .But there are themes in warcraft 3 ,like Doom which can fit well i think .

*Useing some wall instead of "barrier"s would be better .

*You should put some cool weapons on ,like rocket launcher which knockbacks the zombies .Mines .Barrels which you can drop ,but doesnt explode until you shoot it down .Or like napalm bomb wich burns the bastards...etc. Explosions ,knockback ,fires yeaah!

*After the 3. round i was useing only chemicals .Killing all the graves with chemichals ,i earn like 80k gold in the 5. round .So the game became easy .

*Then the game crashed !

keep up the good work !

Maps 6
Oh thx for the feedback.

@DESTROYER123- It was a little hard trying to determine what difficulty i would give the zombie because I have really noob friends to test the map out with. But i am already making the zombie difficulty selectable in the next version.

@Justicebringer- I do not understand some stuff but the others were useful feedback.
Heres what i dont understand:

*Useing some wall instead of "barrier"s would be better .
Click to expand...

Do you mean the model or the name?

This i just don't understand.

Please clarify, I need to make the changes to my map. Thank you very much for the feedbacks.

Icons 4
I mean it would looks cooler if the base where made up by wall ,instead of a line of burrows .Its not a big deal ,you may just ignore it ! XD

Sorry if the Elite zombie thing was a bit misty .So i meant that you should put on a few more powerful creep among the average zombies .Like minibosses you know .

Oh and im not sure that those errors are made by the map or its just my warcraft .

How about this tilted spike on that pic,combined with a tiny earthen rampart?

Also ,take a look at those Wow icons !There might be some crystal model fits to your needs.Im not sure i can make as good icons as they are .

Maps 6
Thanks bro. You'll be in my credits for the special thanks.

Maps 3
can i have some unprotected version?

Maps 6
Why would you want the unprotected version? I also would have to ask the clan members who helped me with this project first before i can release it.

can i have some unprotected version?
Click to expand...

Maps 6
There is a new version which is going to be released soon. I'm just checking for bugs in the latest version.

The problem with that is that i have very limited music resources from the original wc3 and if i were to import music it would take up a lot of space. But i will try to learn more in this aspect and try to add some music. Thx for your suggestion.

Maps 1 Spells 1
It's okay, chances he's about to get banned with his reputation so low anyways.

I don't think there is something wrong with zombies. This map was inspired to me by the anime Highschool of the Dead because i was watching it at that time.

Did you play this version yet? I also realised that the terrain is flat and boring in the first version so in this version i made cliffs and added water. Lol, i hoped u like the moving pictures, its because i got bored and nothing to do with my time so i just did it.

This game is extremely boring unless you like sitting in one area for most of the time.

This game looks like it was based off of Nazi Zombies (a game I played on WC3 before).

Defending the helicopter in order to take off and return home is the objective of this game along with some other things placed around it.

The looting "system" you put in this game is probably what killed it. You watch your guy loot a castle and it is BORING! It takes so long to get lumber and it barley even repairs the helicopter, I would have to go back and forth to loot lumber about 60 times only IF it doesn't take any damage.

Maybe adding missions and completely changing your looting system would improve this game a lot. Instead of just looting a castle, how about you make units spawn that defends the castle from looters?

Assassins-Creed said:
Maybe adding missions and completely changing your looting system would improve this game a lot. Instead of just looting a castle, how about you make units spawn that defends the castle from looters?
Click to expand...

That sounds like a good idea. So that means tanker must go loot first to tank the attacking villagers. Thx for the idea. And i hope you can change the ratings after you tried the next version of the map.

Maps 1 Spells 1
I also have one more idea that would improve this game, try adding a looting class that specializes in looting. Like, he can level up his looting skill which decreases the time it takes to loot, or increases the amount he can loot at one time.

Maps 6
Wow man. You really have some good ideas.

Assassins-Creed said:
Eh. . . I didn't enjoy this game in the slightest.

The looting "system" you put in this game is probably what killed it. You watch your guy loot a castle and it is BORING! It takes so long to get lumber and it barely even repairs the helicopter, I would have to go back and forth to loot lumber about 60 times only IF it doesn't take any damage.
Click to expand...

that's right the map aint that funny because you don have spell or anything only lvl up ;

plus lvl up from cemetery become completely useless at lvl 6 you dont gain any exp;

the loot system kill the game for me i collect 100 wood which take alot of time in first place and it repair like 100 hp to the helico when he have 5k life ok i dont play this type of game for 6 hour to finish it ......

Maps 6
Im sorry , but currently i dont have enough time to do anything with the amount of homework my addmath teacher gives me. So i will have to ask you to be patient until i can find time to work on this map. If worst comes to worst i will just release the unprotected version for another person to develop this map.

Edit: If anyone wants to further develop this map please pm me.
Last edited: May 24, 2013

Maps 1
your map so simple...
You must log in or register to reply here.