This bundle is marked as approved. It works and satisfies the submission rules.
View usage Statistics Legacy download
My first zombie Survival map is Officially Released. The Goal is to survive long enough until a Helicopter comes to pick you up. You are trapped in a village full of zombies... but not only that. You can't pick weapons - you can only use an ability called Fire and the other one is Extreme Fire. Fire costs less mana (ammo) but does less damage. You must find barricades, ammo and other useful things to help you on your mission. Also you can ressurect other players when they die. You can level up and you have 4 abilities that can be learned. One nice feature I thought that would be good to be added is that you can GO THROUGH barricades, but the undead can't. You can also build turrets. The game will take nearly an hour and a half to finish so be prepared for a nightmarish adventure. You might find the map REALLY hard and Impossible, but believe me - it can be beaten .

Comments and reviews are appreciated!

Nice map, I really liked it and reckon with a few tweaks that it will be awesome.

Well anyways here is my review:

Maybe make a police hero selector at the start of the game.

There will be the 6 police still but there will be categories. Grenader, Support, Gunner, Back-up, Sargent, defender.

All these police will be standing behind a circle of power and you choose them with an infected human.

Each policeman can be chosen once by a player (For example say Lag_Reviews chose support policeman it would than disappear and no-one else can choose him.)

Each police man would have its own set of custom spells.

If you need more help on the description go here: http://www.hiveworkshop.com/forums/tutorial-submission-283/importance-description-127031/#post1117301

I vote for: Rejection (Until you fix some of the glitches/bugs/imbalanced stuff) 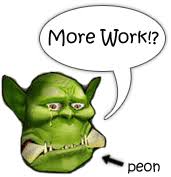 Edit you have fixed nearly everything I have mentioned and even uploaded a youtube video into your description! I give you credit for making this map and fixing almost everything I mentioned, thank-you it is much appreciated.


Nice map fix some stuff and it will be awesome,
Lag_Reviews

Maps 3
10x for the review. After school today all that will be fixed and btw where did you find the glitches ? :|
P.S. The map is impossible to be beaten by 1 player... at the end waves of 300 zombies start coming+other weird creatures!

Maps 1
Ok Clos3dy mate this is a good map
Pros
Good Game Play
Nice storyline
NICE AS MODELS
Cons
Baracades have to be dropped and repicked up for it to disapear.
R button dosnt work with extreme fire.
laser cannons are over powered but dont shoot very fast

All over im voting for Acception, with a vote of 3\5
Reps man remember

cl0s3dy said:
10x for the review. After school today all that will be fixed and btw where did you find the glitches ? :|
P.S. The map is impossible to be beaten by 1 player... at the end waves of 300 zombies start coming+other weird creatures!
Click to expand...

There isn't that many glitches/bugs.

The main ones are some items don't work properly (For example flare you use it then it stays in your inventory and you can;t use it again) and another thing I called it a bug/glitch but it is the imbalancing of the map that kinda ruins it all.

Maps 3
OK I fixed the item problem, added new items, made zombies a little weaker and decreased the Policeman's fire CoolDown... It should be fine from now.

cl0s3dy said:
OK I fixed the item problem, added new items, made zombies a little weaker and decreased the Policeman's fire CoolDown... It should be fine from now.
Click to expand...

Did you fix the X button fire??
its good

Maps 3
Ofc I fixed it!
P.S. 3 Screenshots are available and sorry for updating the map 3 times today.. hope it's no problem!

hi there just camed from testing ur map and is nice NOT the tipical survival and boring survival and i founded 2 things that i didint liked 1: the details(yes i know is stupid ) well dunno u put the word *spell* on an zombie map kind of let u thinking spell=magic in zombie map? WTF and u put to think damn this map is weird O.O u should change that to *ability*(yes i know is stupid too but isnt so stupid u know?) now 2: why all ppl always put the MARINE MODEL and MARINE SKIN on every zombie survival u know ppl get kinda bored of that u should put something different i dunno an different model? or easyer way and put an different skin? dunno but rly change it plz oh btw change the policeman name too thats all oh my rating is 4/5 for APPROVAL

Maps 3
10x for the review. And BTW you ain't a good English speaker/typer, are you . New Version is coming in less than an hour with Fixed Description, Youtube trailer AND NEW MARINE SKIN!!!
Edit: New version here - Youtube video+read changelog.
Last edited: Jan 22, 2010

mmmmmmmmm iam gonna test it after some time hey add me on Garena R.e.A.p.E.r-XxX so we can go kill some zombs il give ya some suggestion later P.D:rate changed 5/5

Cool map but after wave 12 it gets VERY easy :/. We where camping with 90174 turrets till wave 12 untill i found that if you put land mines on the graveyard you remove an entire wave. You need only 3 for entire zombie horde. Oh and i found several places where you can put a turret without zombies being able to reach them. over and all i give it a 4/5

Maps 3
I forgot about that map... new update will come up soon maybe.

Tools 1 Maps 13 Spells 1 StarCraft II Resources 1
The Video is kinda "cliche" (no offence), it says creppy areas, but they didn't look creepy, nor are the creatures horrifying.... But i guess testing it would be better.

Maps 3
The video is shot on an older version and there the "darkness" hasn't devoured the village - if you play it you will see what I mean.
You must log in or register to reply here.