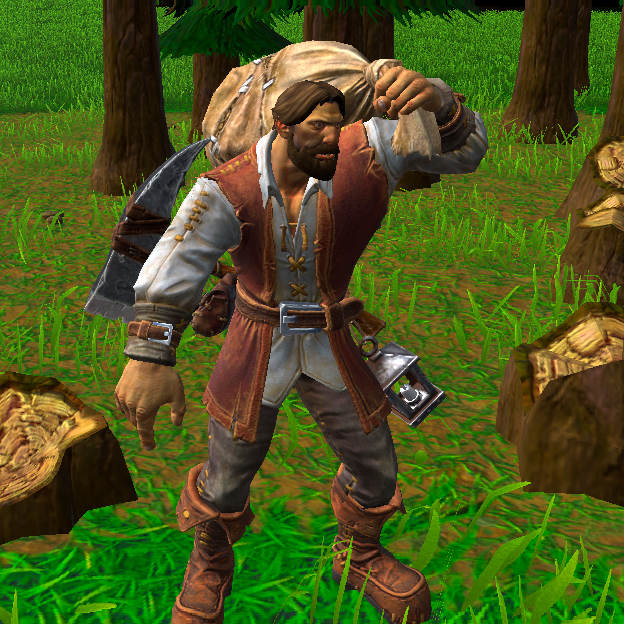 This bundle is marked as awaiting update. A staff member has requested changes to it before it can be approved.
View usage Statistics Legacy download
Reactions: JamesF, Superfrycook, Deolrin and 8 others
Villager Worker
I started this project a few months ago, stopped for lack of time, deciding to drop it altogether. However, this weekend without having much to do, I went back to tinkering with some modeling tools and being a little inspired, I restarted the transition activities from Peasant worker to Villager Man-Neutral.
I share it for those who are interested in an alternative peasant or who are already bored with the standard Peasant model. The model harvests gold and wood, it can be a great suggestion for human campaign scenarios, if the mapper wants to envision the Villager engaged in some activity and not just standing still. I intend to do the same for Villager Woman in the future.
In it I also proposed a fusion between the two models, creating a maximum possible synchronization between their animations. If you don't care for any Stand or even Walk preserved in the villager, just remove it in the RMS keeping only the Peasant ones.

It seems to be easy to add animations between the models, but in this case in particular, the editing was more detailed between the animations, there was some work so that there was not so much overlapping of geosets and more harmony between different parts and accessories, for example the fanny pack, flashlight and the problems that exist with skirts. Although the amount of animations made the work a little exhausting, at least the end result is gratifying.

Ps. Use the default icon or whatever you like. For the Portrait, you can add the original Villager, renaming it to your model, which will work perfectly for the voices of the unit's actions.
Here at Hive there is a Skin created for the TC of this same Villager (i don't remember the place). I can insert the modified texture in the future, but editing is very easy, just add color to the .ORM of the model. Optionally we can modify the TC texture either on the white shirt or in leather jacket.

Note: Note that the organism's geoset strangely appears in all animations in Reteras, even with the material showing the visibility disabled in the .MDL codes, maybe it is due to some problem in reading the RMS program itself. However and fortunately, in W.E. it works correctly as it should be. The model is still not being selectable as effectively, which is amenable to adjustment.
Some rectifications will still be carried out for greater harmonization between some animations.

Updates/fixes: All transition tracks from new animations to EventObject are already updated, which includes sound points for death, sound for worker, SpawnObjects for blood splatters, plus Foot-Print and BloodSplats with all "tracks" realigned to the new frames. With only the last two being up to Blizzard to update the functionality, unfortunately they have been neglecting this function, as the model already has support for them.
Previews 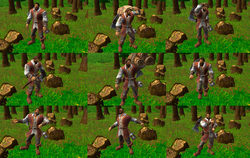 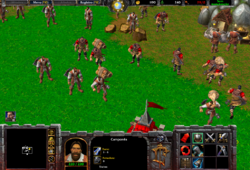 Models 3 Icons 1 Skins 5 User Interface 1
Would probably require a custom texture, but I would make the shirt under the vest the TC.

Models 2 Packs 3 Reforged HD Models 61 Ported Models 1 Tutorials 1
This model is very much needed, but it desperately needs TC. There are two approaches: TC'ing the jacket, which would require desaturating and whitening it and fixing the orm, or just the white shirt, which would require just fixing the orm. If you don't know how to do it, DM me or tell me below and I can fix those for you.

Tools 1 Reforged HD Models 17 Reforged HD Skins 3
his jacket, pants, and bracers are good for TC
You must log in or register to reply here.