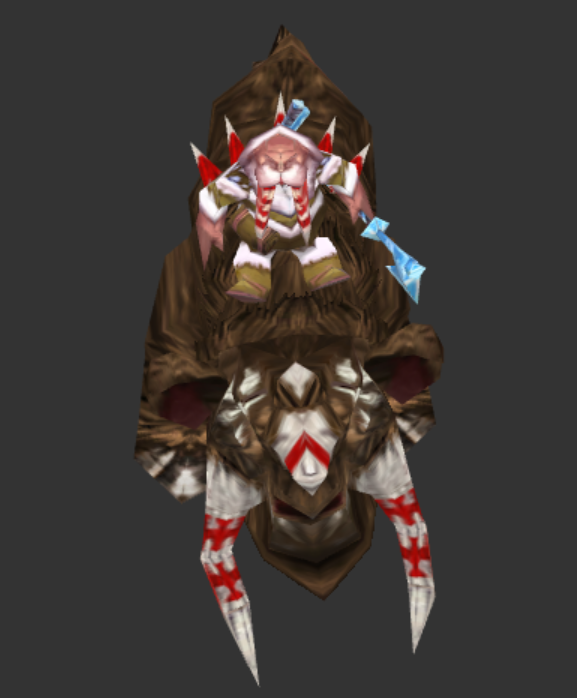 This bundle is marked as awaiting update. A staff member has requested changes to it before it can be approved.
View usage Statistics Legacy download
Reactions: A]mun, Curunir_88, deepstrasz and 4 others
This is the model of the Ridgeback Rider unit from Heaven's Fall. It is a fairly generic model of a Tuskarr riding on a mammoth that uses in-game Warcraft III textures.
The model animations use the same design as the Steam Tank for "Attack One" and "Attack Two" which should allow you to have the Attack 1 data in the object editor do a melee Mammoth attack, and the Attack 2 data in the object editor do a Tuskarr attack with his axe.

Included with the bundle is a projectile art of a spinning axe that you can use for the Attack 2 to make it a ranged attack.
Previews 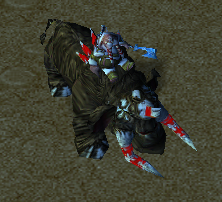 ILH
There are still minor issues that can be fixed to optimize the model. Refer to HIVE's Sanity Checker to find the issues. https://www.hiveworkshop.com/resources/tuskarr-axe-missile-for-attack-2.103434/sanity-check...
Read full review...

Models 2 Maps 1 Spells 1
Ah, a rare pre-Matrix-Eater model, eh? The 'stoic' rider gives it away. Still, quite a useful model for a Tuskarr faction, and I can definitely appreciate that.

Models 7 Icons 10 Ported Models 1
Why not ban mammoths?A very creative model. This is the model hive should have.4/5.

Kyrbi0 said:
Ah, a rare pre-Matrix-Eater model, eh? The 'stoic' rider gives it away. Still, quite a useful model for a Tuskarr faction, and I can definitely appreciate that.
Click to expand...

You'd be surprised. That rider's animation in "attack two" still is from that transfer software (and I think would require it). It's actually very post Matrix Eater. Matrix Eater was written 2012, model was made 2015, so that's about three years into the life of the codebase. So, anything you don't like about the model is actually just the result of me being lazy...

Edit: The pre-matrix-eater animation transfers similar to this model's Attack Two that I did do manually in notepad from 2009-2011 are few and far between enough that I could probably remember them all and list them on a notecard. Each one was a very involved multi-day project, in contrast with 10 minute animation merges that I did post Matrix Eater where I have sometimes found models on my HDD that I did not even remember creating despite having WIPs that clearly showed I created them.

"Ascended Overlord" voidspawn hero's animated wings (not on Hive except via MPQ dl iirc, it was basically a red faceless one with a shade head, purple eyes, animated wings, and a necromancer staff, with the animated wings being one of these primordial notepad animation merges)
Sky Hydra (available on Hive)
Maw of Oblivion tentacle animations rooting into the ground from its body (available on Hive)
"Frozen Halls" original 2008 (not 2015) version that I recently uploaded and how it has 3 tiers of animations all in one file
- Edit 2: I went back and reviewed my WIPs and file histories because I started to second-guess myself. The 2008 WIPs of the "Frozen Halls" were independent models for Tier 1, Tier 2, and Tier 3. It was actually 2010 that a 3-tier single model was created, although I am still accurate in remembering that this predates automation of this and was something that I did manually.
"Spirit of Winds" model glow planes to make it glow like the Spirit Wyvern
Cannon animations on the old Zear Sky Cannon Model
Some of the alternate animations of the Zear units that cause them to grow spikes, which were probably made by copying animations with Oinkerwinkle AnimTransfer one by one and then tweaking them
Mur'soph Emperor
Edit 3: also this model although the one I uploaded to Hive had some 2013-2016 tweaks done on it with the newer technology
If you are interested to see stuff that I created in the 2008-2010 era, check most of the Naga and Draenei stuff on my Hive profile. If you look carefully at it, contrary to how this Tuskarr is animated and also mounted in the Mammoth model, almost all the Naga/Draenei stuff unilaterally uses geomerges onto existing animations. That is because it is mostly from 2008 (with some tweaks such as "one model for all" town halls)!
Last edited: Oct 27, 2021

Models 21 Icons 1 Spells 1 Tutorials 1
There are still minor issues that can be fixed to optimize the model. Refer to HIVE's Sanity Checker to find the issues.