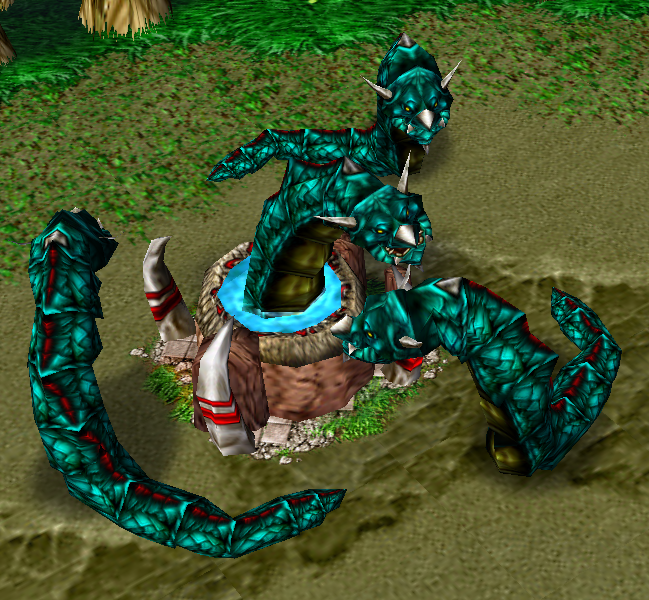 This bundle is marked as approved. It works and satisfies the submission rules.
View usage Statistics
Reactions: dorimor, MasterBlaster, ThinhHo and 6 others
Model:
This is basically an edit of Onix by Zerox and Lord_T. I couldn't get their permission to edit it since both of them haven't been active for a long time. So, it is entirely within moderator's discretion whether this will be allowed.

The mesh is obviously the standard Tidal Guardian with a few minor modifications (tapering tail, eyelids).

Most of the animations were made by Lord_T and some of them were made or edited by me, but since I'm not much of an expert on animating a few turned out kinda derpy.

I also made a new walk animation and made the old one into some kind of Easter egg by renaming it to 'Walk Ready'; now it is used instead of 'Walk' while the unit is chasing a fleeing target.

I wanted the Wyrm to match the Tidal Guardian building, so I made a new attack animation out of the original Stand 2 animation by making the movement a bit faster and more aggressive (showing teeth, distending neck). The original melee attack animation (in which the Wyrm attacks with its nasal horn) is still there ('Attack Two') in case anyone needs it.

Credits:
If you use the model in your map/campaign, don't forget to give credits to its original creators, Zerox and Lord_T.

Models 204 Packs 1 Maps 6
This actually gave me an idea. Maybe I can merge this with the building so that this would be the "uproot" version of the Tidal Guardian.

Models 63 Icons 1 Packs 2 Skins 4 StarCraft II Resources 2
Heey xD you kinda 'beat me to it' on something i wanted to make xD it is a good thing, because i had some issues with it that didn't really work the way i wanted, and you did pretty much similar. so.. coolio :3

Skins 3
We've been living a lie this whole time.
Solid work on this too, have some rep and 5/5 )

Attach a map with this unit morph to Tidal Guardian, please.

Interesting and useful edit for sure!


Ujimasa Hojo said:
This actually gave me an idea. Maybe I can merge this with the building so that this would be the "uproot" version of the Tidal Guardian.
Click to expand...

8gabriel8 said:
Attach a map with this unit morph to Tidal Guardian, please.
Click to expand...

This model really reminds me of Onix in Pokemon, and now you gave me an idea...
You must log in or register to reply here.