Other Sites
The Thing: Ideas - http://www.hiveworkshop.com/forums/idea-factory-462/thing-ideas-other-205504/

What is The THING?
The THING will be a creature that can shape change to almost anything on the map. Everyone will know who The THING is, this is not like a "Who's the killer" game. The original shape of The THING will be very strong. This is why humans will start in a very fortified army base. If you are killed by The THING, you will be sent to his cave and either join him or wait to be rescued. The THING can also shape change to look like you or somebody else. There will be lots of wild life in the area, this will help The THING stay hidden. The THING's objective is to kill all humans.

Every human player will choose one hero, you will be then spawned in your base. There will be 10 vehciles including 1 helicopter. These vehciles may have up to 1-2 people each vehicle, so if there were 9 players, 2 people may go in the helicopter and 7 others will enter the other vehciles, or just foot it (bad choice though)

What does The THING do?
Well, The THING acts like a God in the game, he can basicly do what ever he wants and when he wants to do it. He lives in this large abandonded mining cave. He has an ability that can shape change in to anything he likes, the wild life or someone else on the other team. Another aura ability is when anything touches The THING, The THING has mind control over them. Lets just say that any AI units will have permenet control.

What am is going to be in the gameplay?[/]
The gameplay will have you scared at most times, i have made a small basic system with lightning and thunder and rain with some special effects amungst the dead trees. And In some areas you have a great view. The terrain is made up out of 4 sets of terrain, Lordaeron Grass/Dirt, Snow/Winter, Wasteland(for the caves) and rough/hard tones of terrain for the horror part of the map. 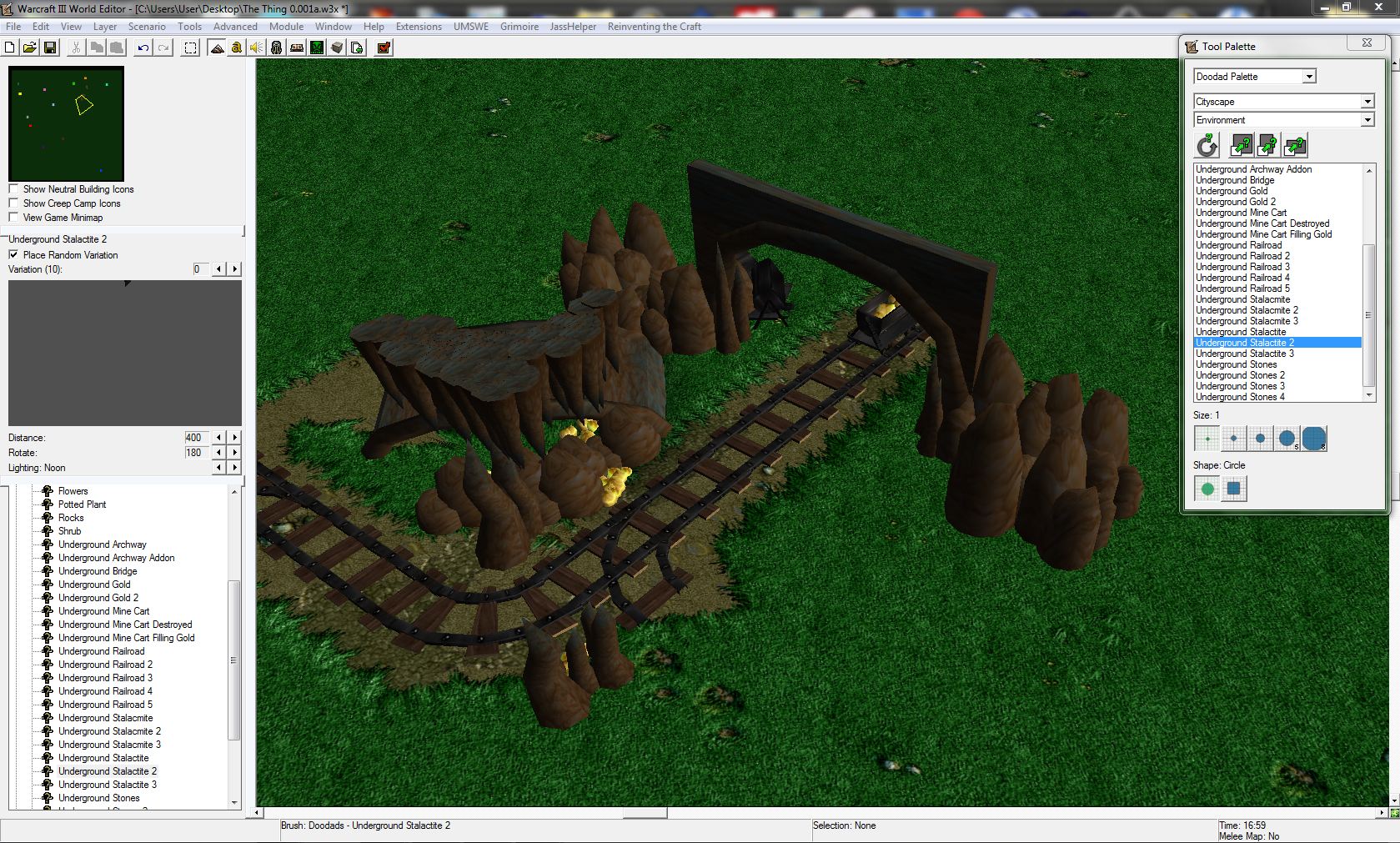 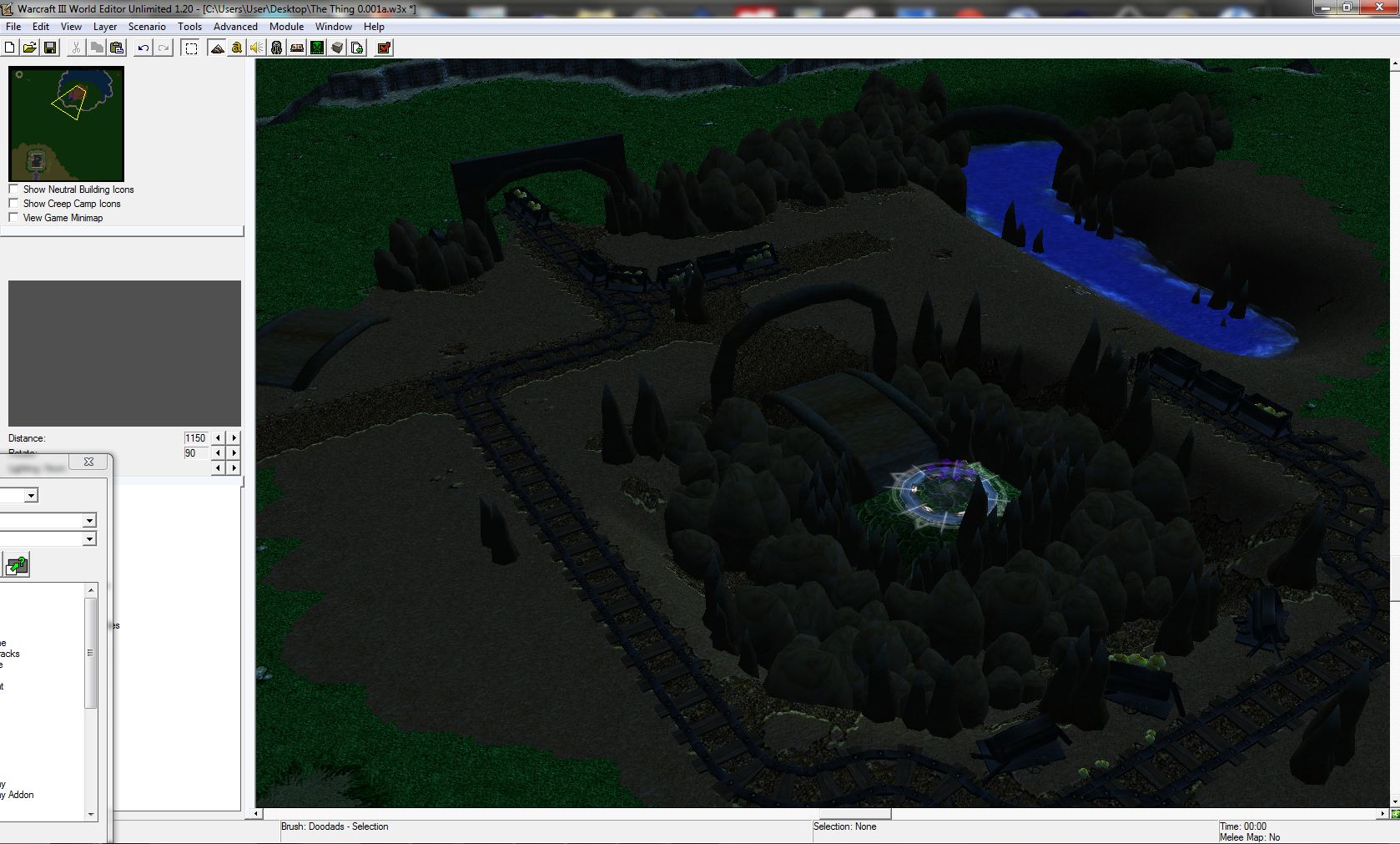 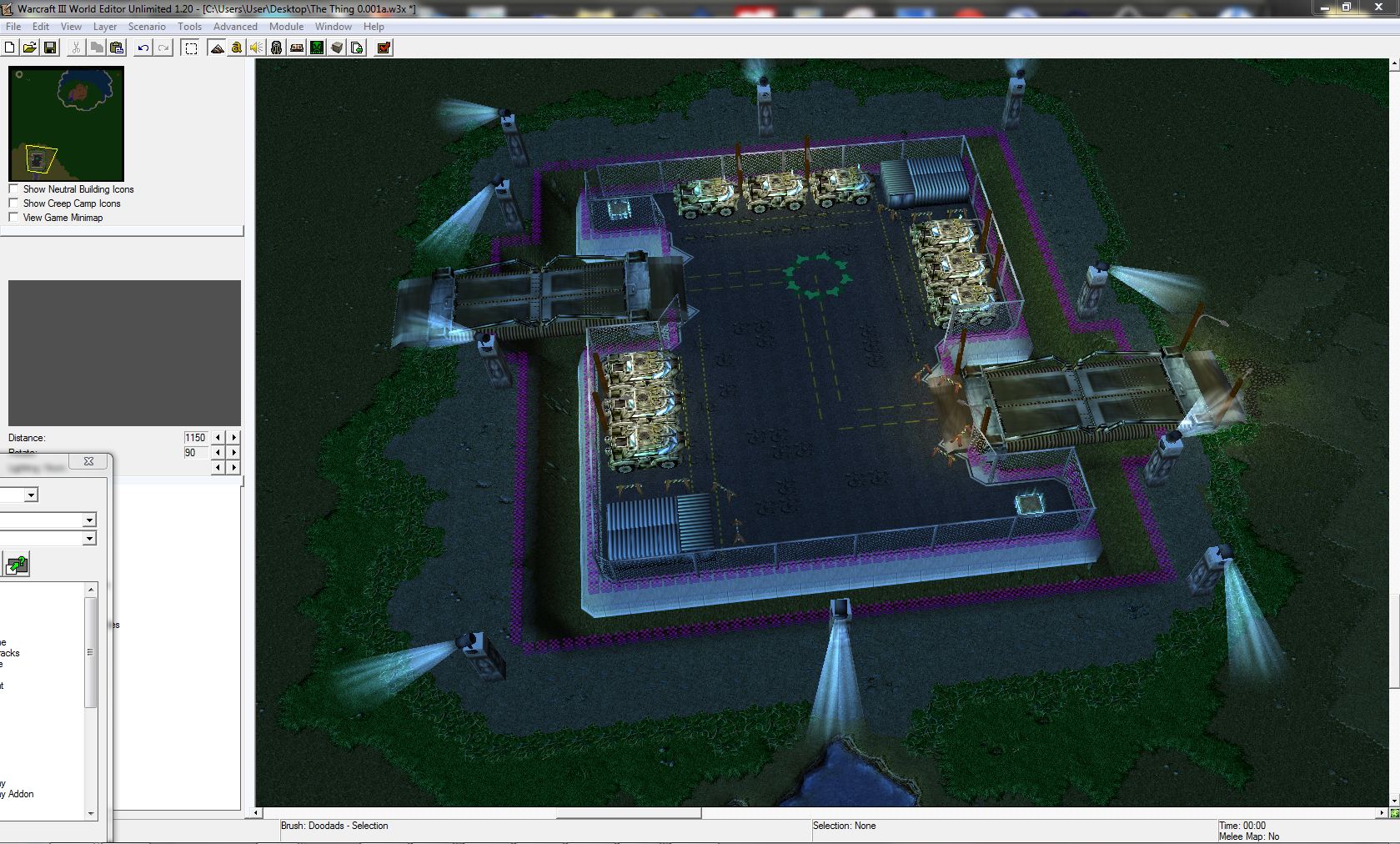 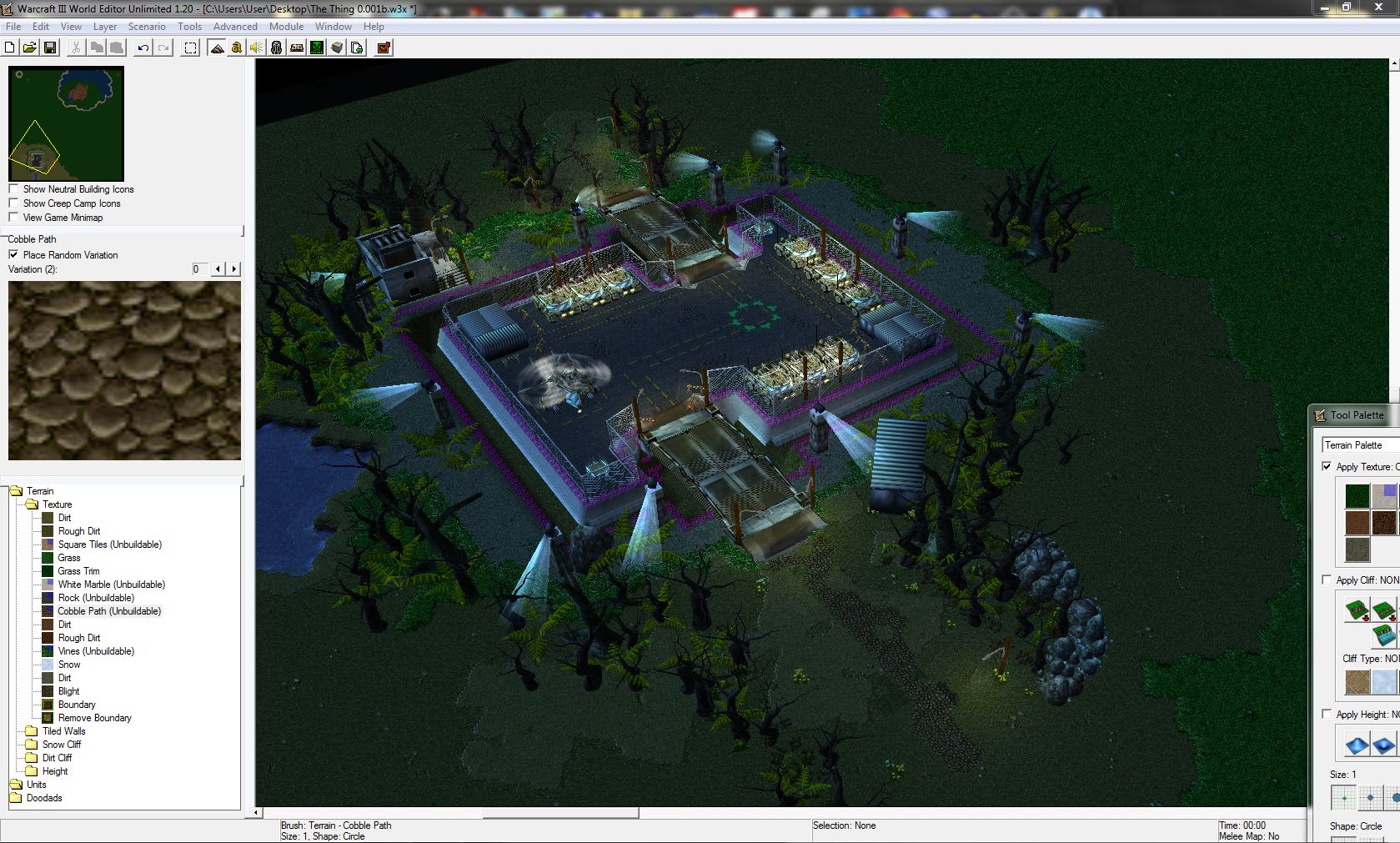 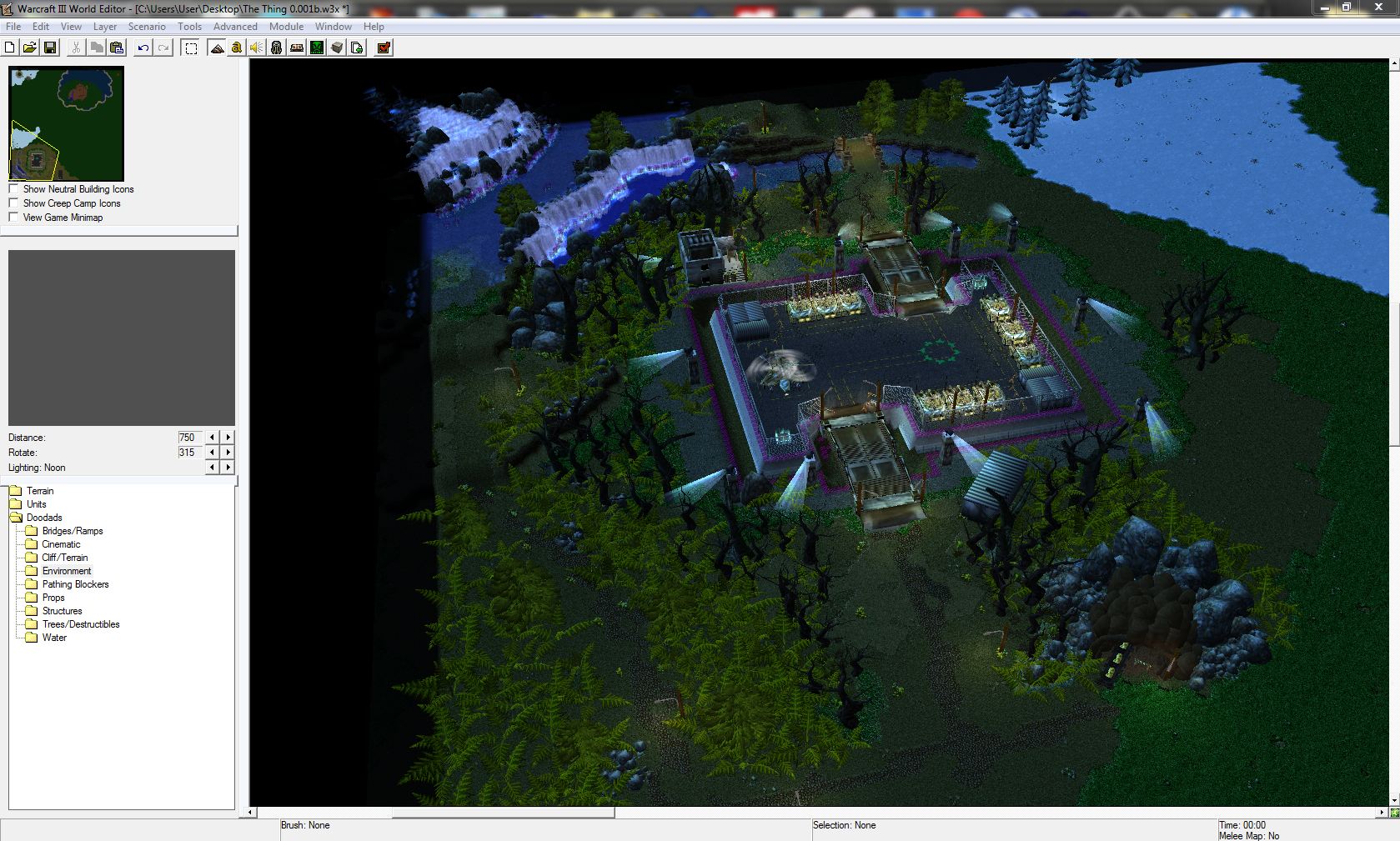 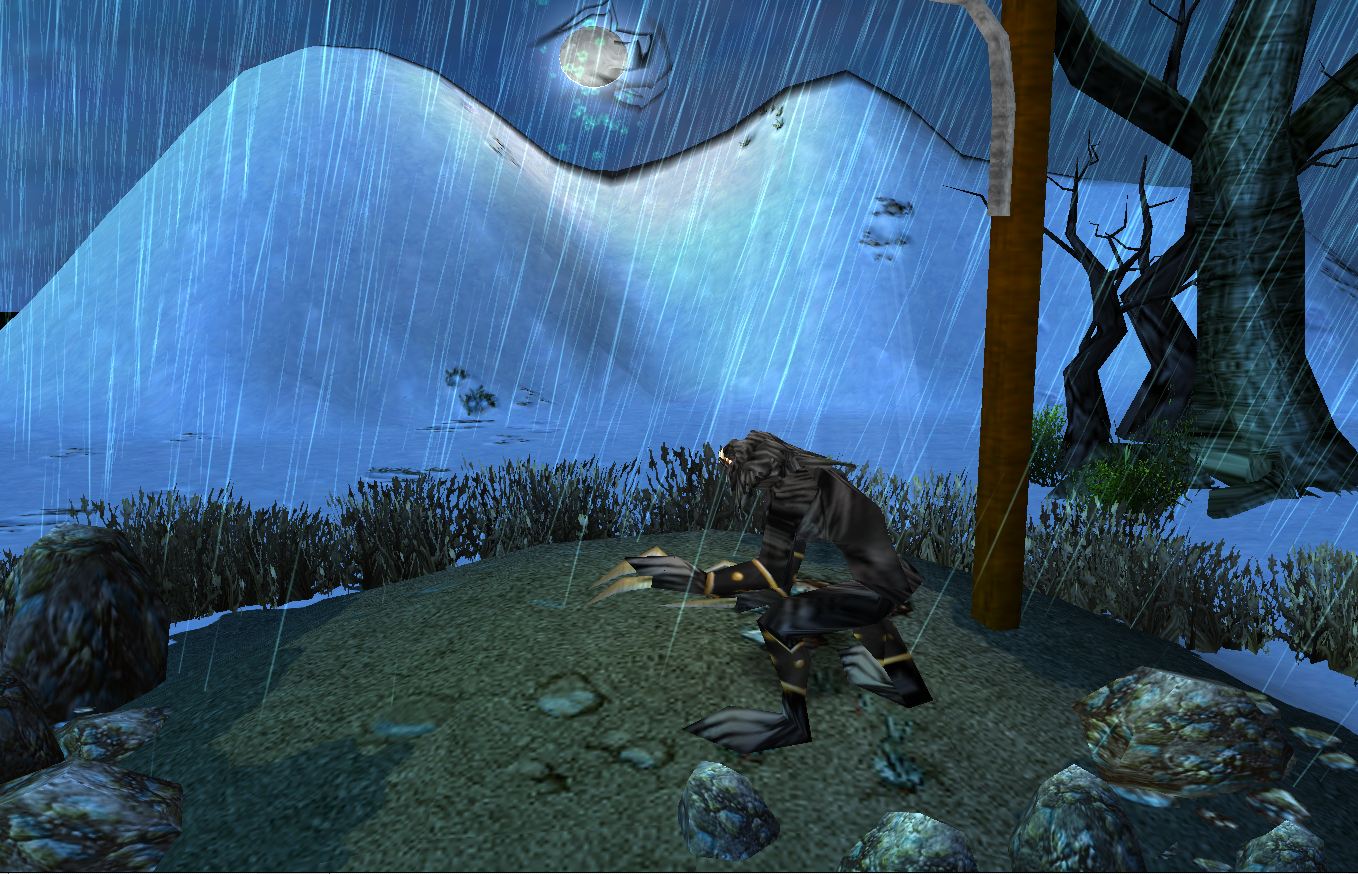 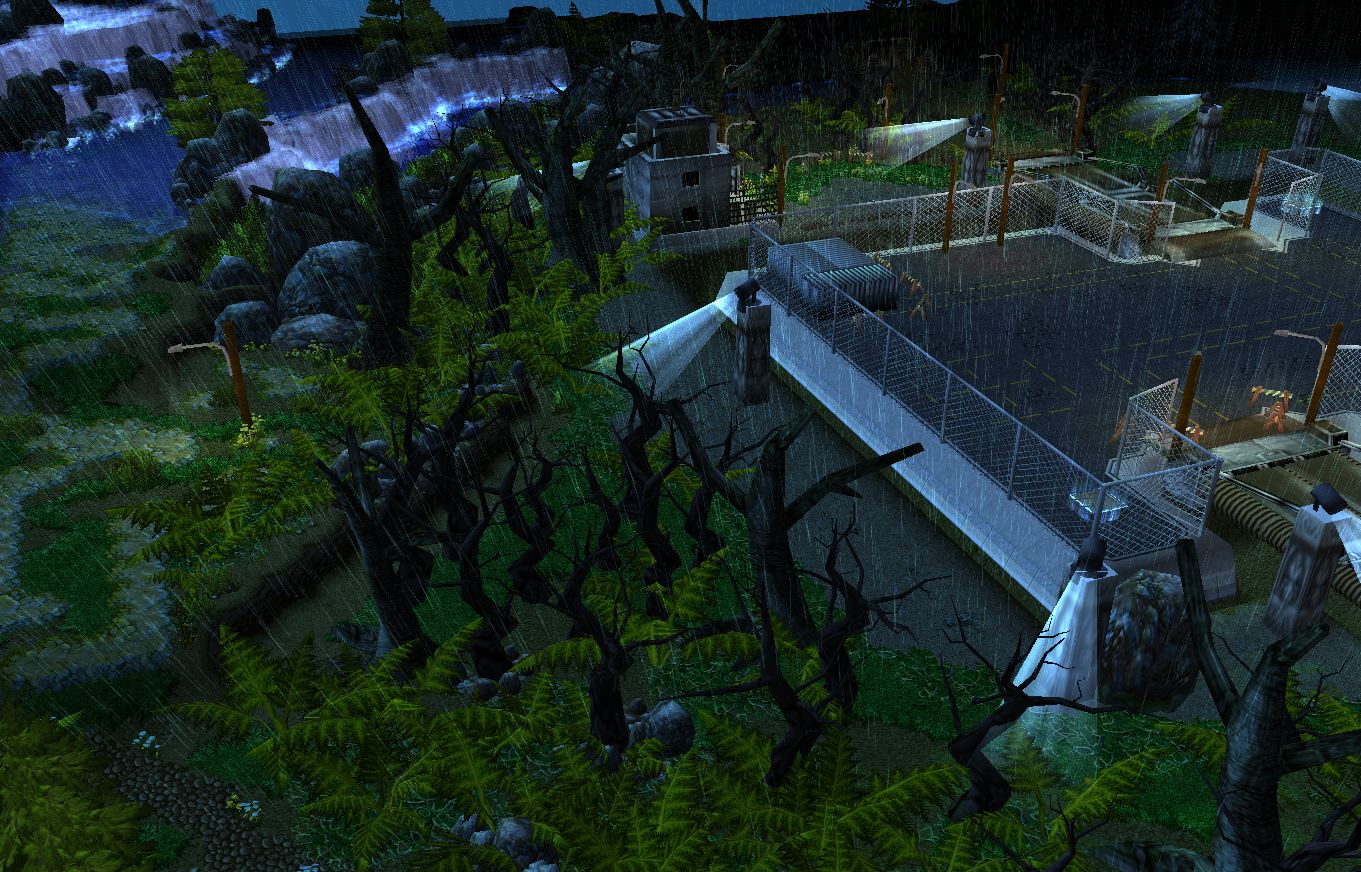 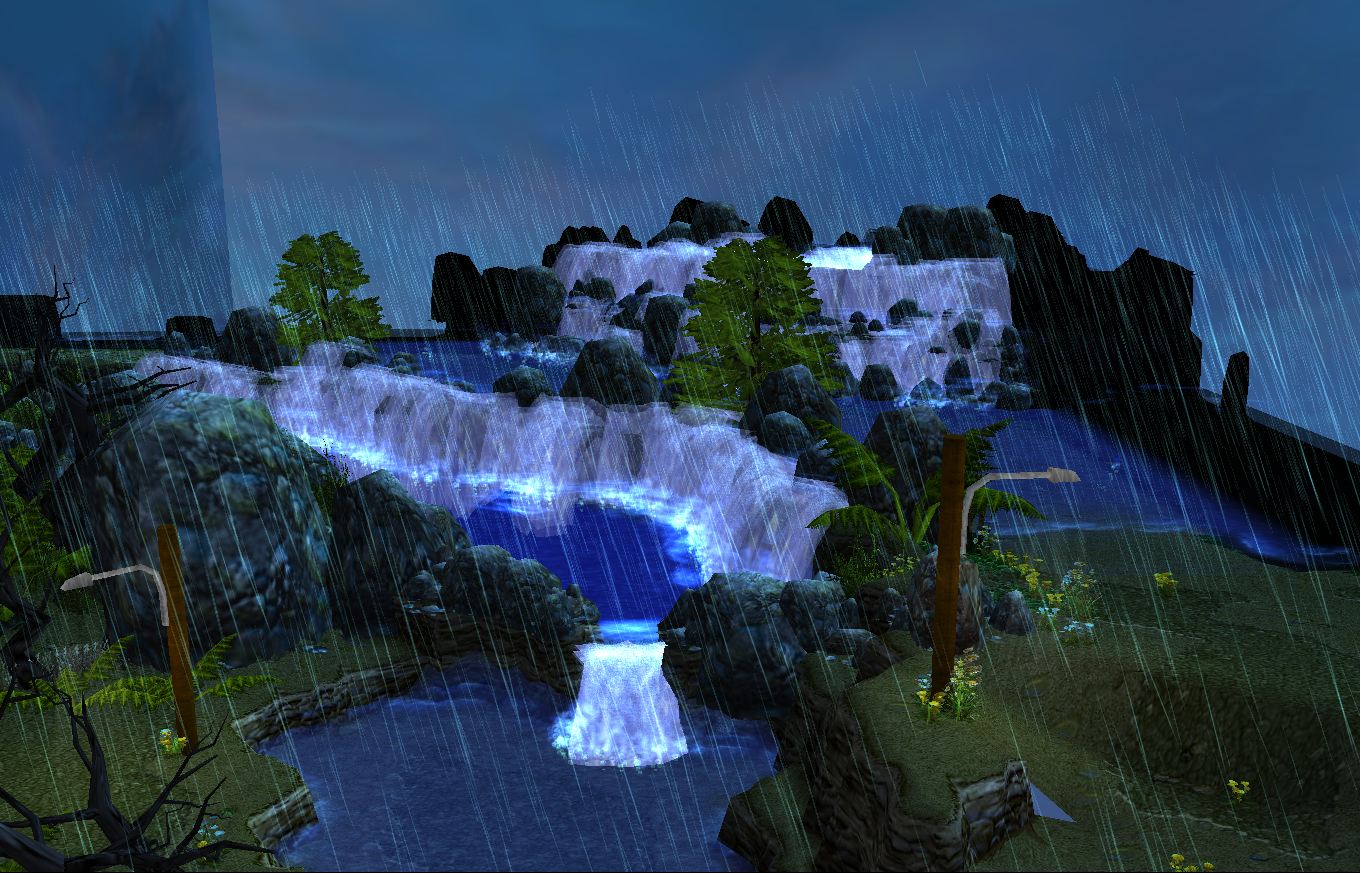 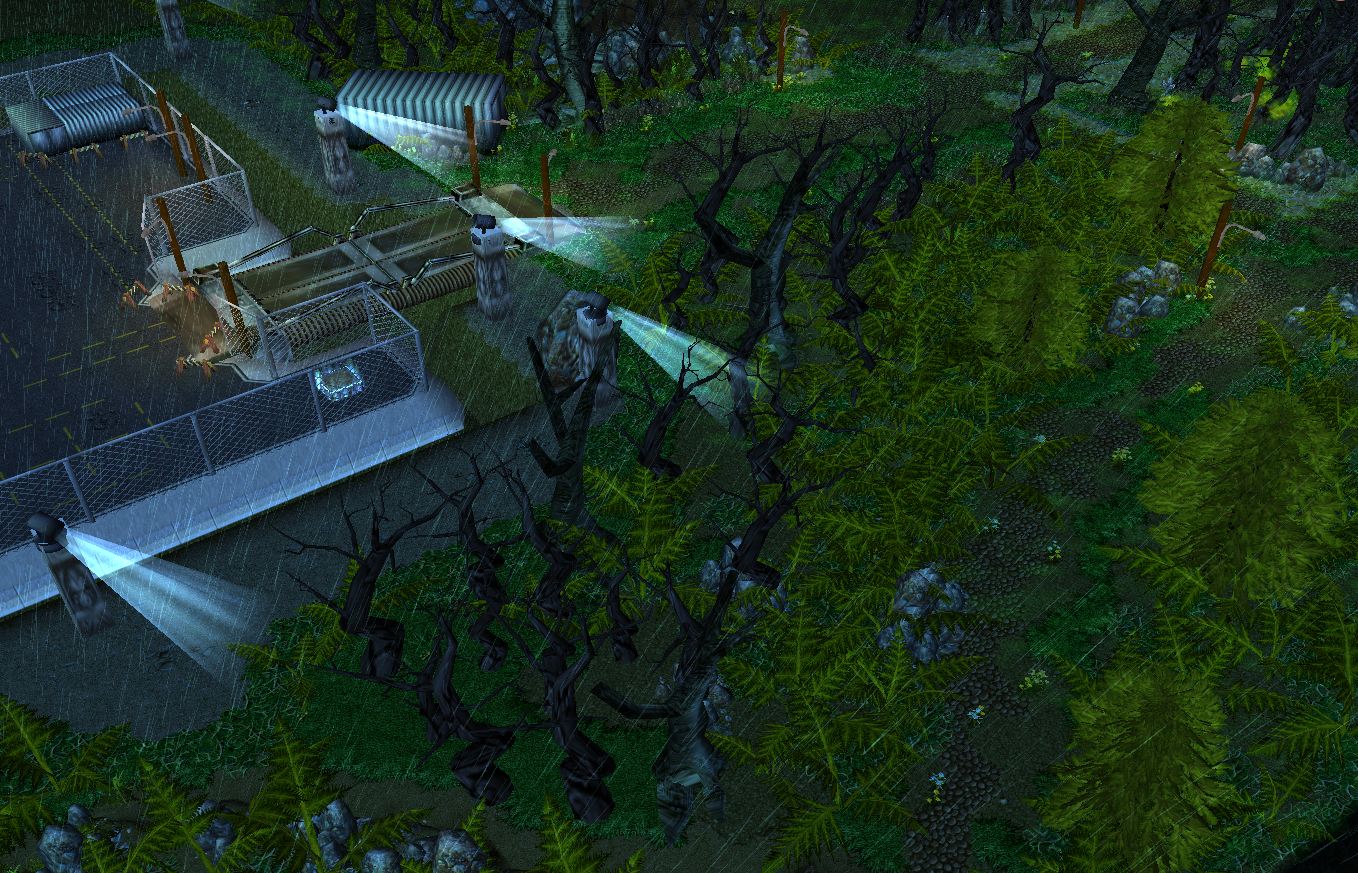 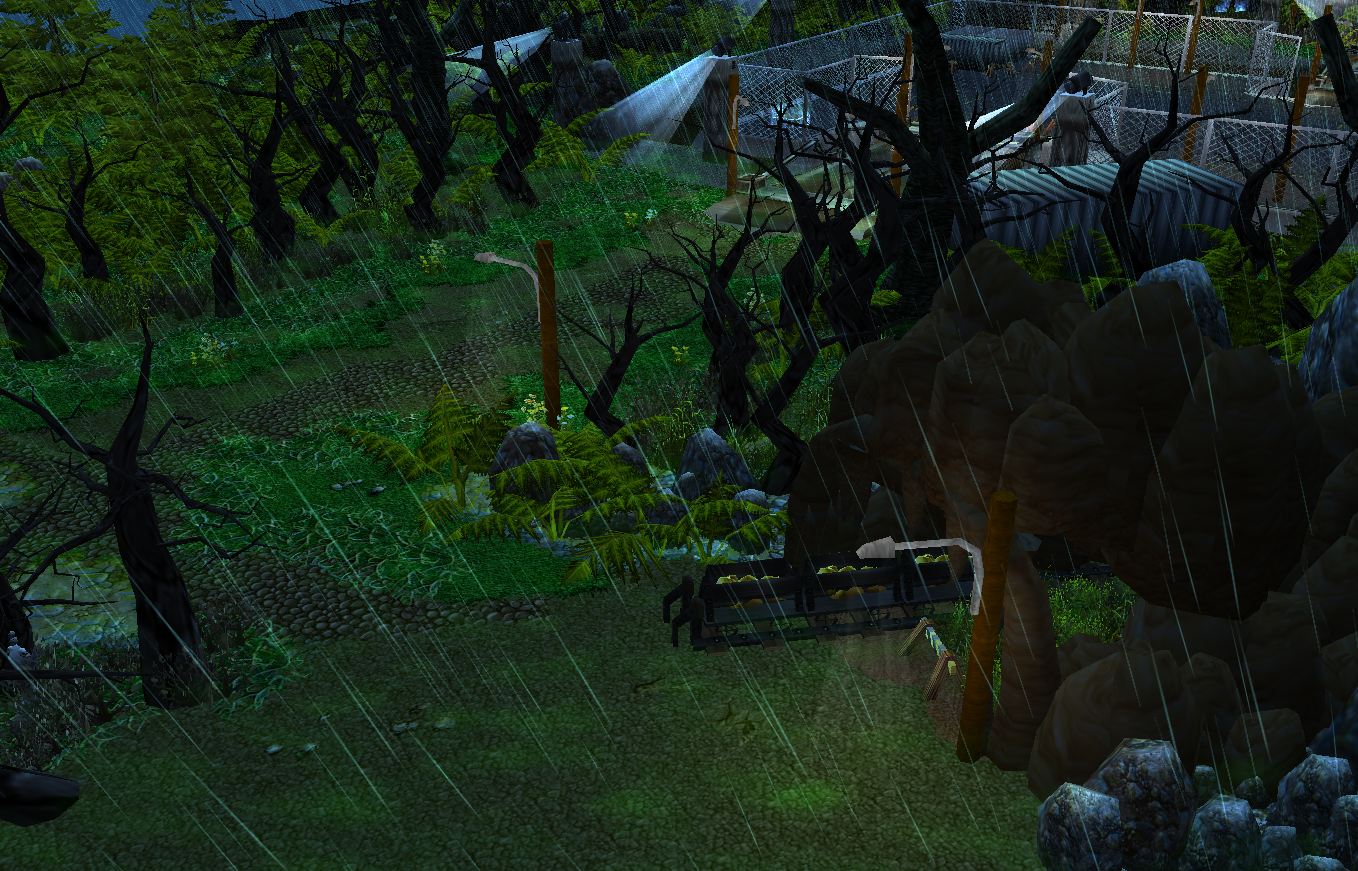 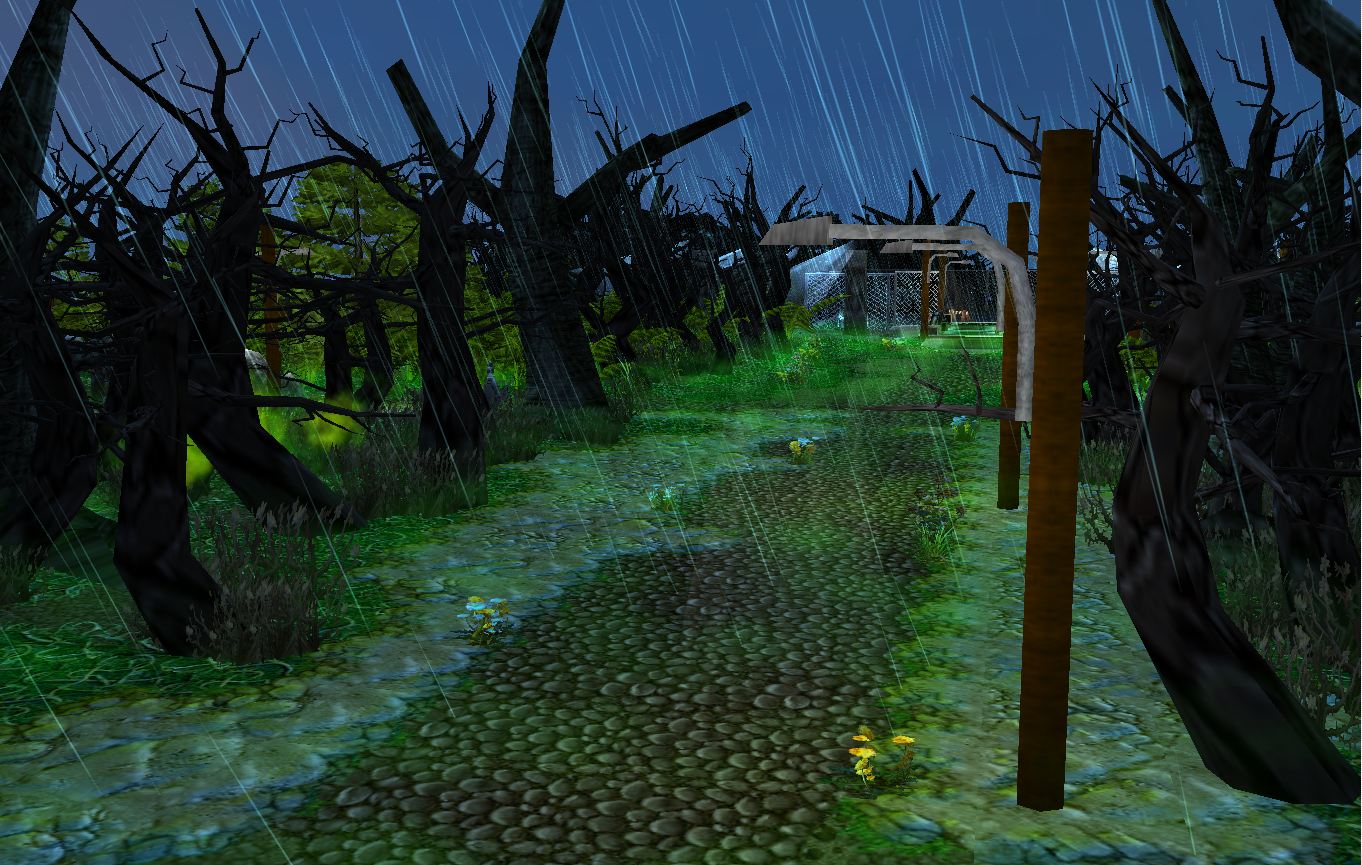 A Team is needed for this project!

Maps 3
New:
Gameplay(Modern Warfare) Has been chosen.
9 Vehicles have been added to human base. Search lights, ashfault etc.
Drawbridges that can keep The THING out of the main base.

Maps 3
So your saying like if your The THING, you use an ability on a flesh unit and later on you can take its form via an ability?

Maps 3
I somewhat too, i only use World editor becuase none of the other world editors have good terrain movements. I have all world editors, newgen, unlimited, normal

Tools 1 Maps 12
The gameplay sounds really nice and interesting, but why import 100 custom models and increase filesize so much?
Nobody will play this except on lan parties then...

Maps 1 Spells 2
Map looks very interesting. I love how you make the word thing all caps
Terrain tiles could use variation and say no to blizzard cliffs (in my opinion).

Maps 3
As you can see in my latest image, top left. The waterfall show's exactly that (No blizzard cliff in sight there)

Maps 1 Spells 2
Ok, but more variation. Also I suggest you use

The Thing! (Ideas, Other)