Introduction:
The Shaman channels the primal bloodlust of the Orcs and Goblins into effects both beneficial and baleful. He keeps his allies up and running far beyond their normal capabilities and calls down the wrath of the elements, Air and Earth, onto his enemies. The one feeds the other and around he goes, delivering a deadly combination of healing magic and stomping, pummeling power without pause.

Orcs and Goblins live for battle, and fighting provides the strange and twisted power that fuels their magic. By participating in battle – calling down the wrath of Earth and Air, or just being up in the fight with the group – the Shaman taps into the collective frenzy to gain elemental power. This gathered energy drives the strength of his magic to new heights. With this elemental power blazing in his eyes, his spells can heal more wounds or assist his allies to achieve feats of unbelievable destruction.

Credits: Vermillion Edict for the model.

Elemental Balance
Shamans have Air and Earth balance as their special system.
Abilities cast by the Shaman will reduce a certain element’s power; changing the balance. Reducing air power will eventually increase the earth power because the balance bar will automatically increase the earth power if air power decreases. This also works the other way around; giving the Shaman the opportunity to build up the power of certain spells in combat. If the power of an element is above 50% it’s damage or healing will be increased while under 50% the effect will only become worse.


Playing as a Shaman:
As a Shaman, you'll have to walk a careful line in balancing your offensive and supportive abilities. You can achieve the greatest rate of healing by focusing on that skill exclusively. You can maximize your rate of damage by focusing purely on those abilities. However, focusing on a single talent will lessen your overall impact on the battle. The strength your support skills gain from an ongoing element is significant. Using your offensive magic to contribute directly to the fight will increase the power of your support magic, allowing you to better help your group.

Playing against a Shaman:
With the Shaman's power to support and enhance his allies, he is at his strongest when he fights with a team. With this in mind, you'd be advised to take the earliest opportunity to eliminate him – an opportunity his group mates will do their best to deny you. In each fight you must carefully weigh the opposition, and determine the best time to strike at the Shaman. Attack too early and you risk facing deadly reprisals from the Shaman's uninjured allies. Attack too late and you may lack the power to overcome the group's magical enhanced defenses.

Cooldown: 8.00 seconds
Cast:1.00 Cast time
Range: 700 Range
Cost: 35 energy (-5% Earth balance)
Description: Deals Int*2.7 Air damage to 3 targets in a cone and knocks them back a bit. Targets hit have a 10% chance to get purged; removing a random positive buff and reducing their movement speed by 90% for 2 seconds. 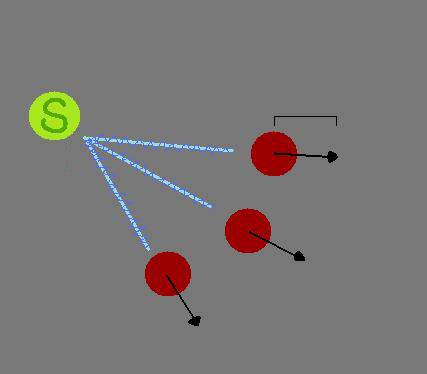 Cooldown: 15.00 seconds
Cast:1.00 Cast time
Range: 800 Range
Cost: 45 energy (-5% Air balance)
Description: Causes a natural explosion to occur at a selected area; healing friendly units for Intelligence * 3.4 hit points and causes the area to get enhanced with life power. The life power will heal all units in the area for Intelligence * 0.6 hit points per second for 8 seconds while reducing their armor by 50%. The life power effect will affect both friendly and enemy units. Units hit by the heal occurred by the explosion will have a 10% chance to get “Empowered Earth”; increasing the effect of the Shaman’s Earth spells on them by 20% for 4 seconds.

Cooldown: 25.00 seconds
Cast:1.00 Cast time
Range: 600 Range
Cost: 45 energy (-15% Air balance)
Description: Sends out a line of erupting magma towards the targeted enemy unit; erupting 4 times as long as its underway. Dealing Intelligence * 1.8 fire or earth damage per eruption. Each eruption will cause a ministun as well. 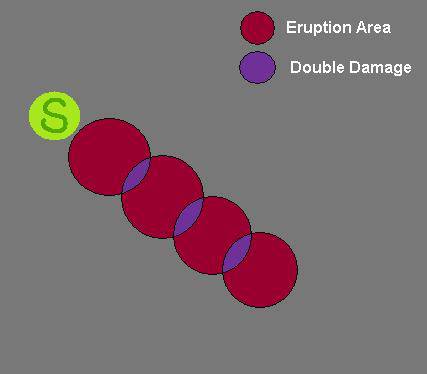 Models 5 Icons 1 Maps 1 Tutorials 1
New Hero! Seems good, nice to see goblins. I do feel it's a bit similair to the Archmage though, with the balance between two stats, but I'm sure that it will feel diffrent when you play it. One thing I've always liked about this project is the originality, and this hero is yet another example of it. Keep up the good work.

Heh thanks.
Yeah you may think it looks like the Archmage but it actually doesn't. It's hard to describe it actually but will be easy to understand in the game itself.
It's ofc impossible to have totally new idea's for the special hero bars everytime. There are always some that may look like eachother.
Great you like it!

It´s just fine to hear some news of your project!
Hero sounds good.

Come with some constructive critism man. Something like that... what can I do with a comment like that? 100 people say get goblin, 100 others say orc.. I mean come on.
It's a goblin and that won't get changed.

Write a comment about what you think is bad about it or good about it or don't write a comment at all. I can't do anything with the thing you just posted there. Like we're going to change the entire concept after 2 years of work because of your comment here.

Maps 2
I couldnt agree more with MogulKahn. Shamans are badass but that Goblin definitely looks like a Santa... Or actually like a gnome. A pathetic little gnome.

Super-Sheep said:
I couldnt agree more with MogulKahn. Shamans are badass but that Goblin definitely looks like a Santa... Or actually like a gnome. A pathetic little gnome.
Click to expand...

And that's exactly what the Bloodbane needs!
They have a strong Summoner, a furious Berserker, heavy armored trolls and some other big muscle classes like the Worgmaster. This little 'fella' is exactly what they need! Something that's small and looks fragile, while it's able to make the earth tremble and heal others.
I still think this is a good race for the Shaman. However I agree a littlebit that the model looks a bit like 'santa' but there aren't any better models for it at the moment.

Well the model itself is quite nice. It's just his gear that doesn't suit. I might ask someone to change that a littlebit. He could also use some teamcolour per example.

But for now that's not an important issue, since the orcs,trolls and goblins will become playable after the first beta. We planned to first finish all the human, elf and dwarven heroes. After that the bloodbane heroes and as last the undead and dark elves.

I was reading my comments, and I must admit I was a real kid 2 years ago... But you still must admit that this model looks a bit ridiculous....
That damn hat ! xD
You must log in or register to reply here.