This bundle is marked as pending. It has not been reviewed by a staff member yet.
View usage Statistics Legacy download
Reactions: deepstrasz and Devalut 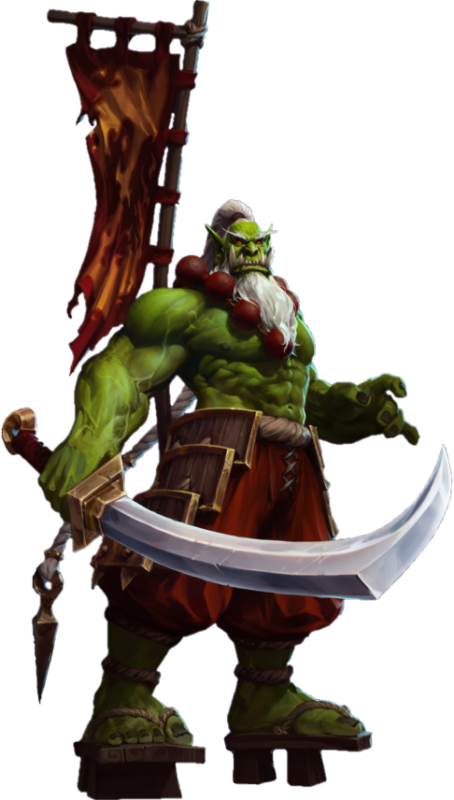 Samuro, the Blademaster, one of the greatest Orc warriors of all time. Samuro, in this Hero Concept, is a main Melee Assassin specialized in deceiving and moving around enemy units. Thanks to all that have been credited for their awesome work on models, effects, icons and code libraries, and please, if you find that no credit was given to you for your work here or credit were given by mistake, let me know, so I can fix it. Enjoy! 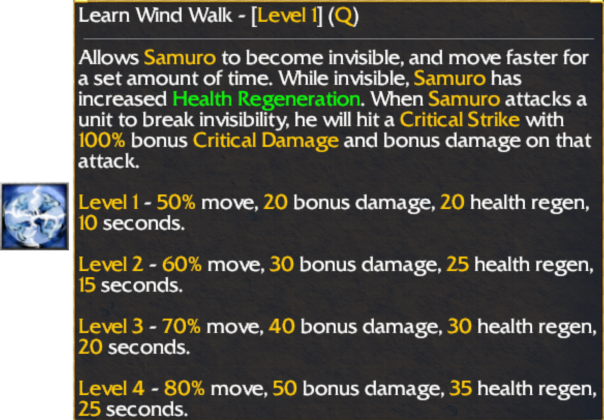 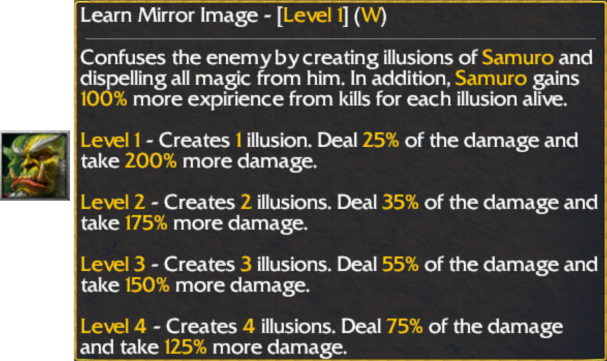 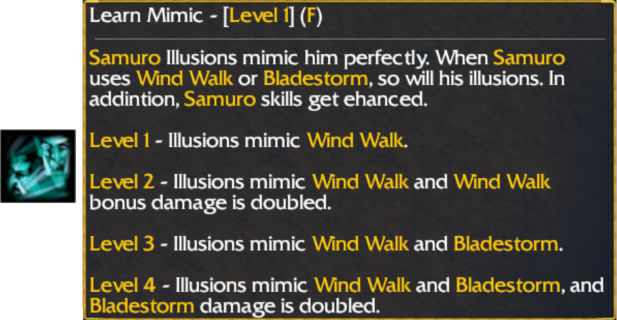 Pack updated to match my standard requirement libraries. For those who cant open the map due to a problem in the editor when trying to load Object Data, get the Object Data here.
Contents

Spells 5 Tutorials 1
Holy guac, that was fast.
Looks awesome, I presume the "original" aura is hidden to only the owner?

Devalut said:
Holy guac, that was fast.
Looks awesome, I presume the "original" aura is hidden to only the owner?
Click to expand...

Yeah, only you and your allies are able to see the original aura.

Are you only gonna do warcraft universe heroes?

Are you only gonna do warcraft universe heroes?
Click to expand...

Thx man. I'm not doing Warcraft 3 Heroes only, eventually I'll do from some other blizzard game as well.

Ported Icons 1
This is amazing! Do you create all these models and icons yourself?


Ugabunda said:
This is amazing! Do you create all these models and icons yourself?
Click to expand...

I only create the code/systems. Models and icons i get from here and other Warcraft 3 modding sites throughout the web.

chopinski said:
If your world editor cant open the map because of an Object Data error, here is the Object Data for you to import
Click to expand...

Do you have a guide on how to use this? I received the error: Level info data missing or invalid.

Packs 7
Spellpack is dope but i can't acces it on 1.28.5 damn
Can someone post the samuro model from this spellpack?

P3in said:
Spellpack is dope but i can't acces it on 1.28.5 damn
Can someone post the samuro model from this spellpack?
Click to expand...

The Samuro model is a rip by N3rth that you can find at the Warcraft Underground Community. Create an account an be an active member of their community and you will be granted access to a huge collection of models not only from HoTS but WoW as well. Always remember to always give credit to original authors.

chopinski said:
The Samuro model is a rip by N3rth that you can find at the Warcraft Underground Community. Create an account an be an active member of their community and you will be granted access to a huge collection of models not only from HoTS but WoW as well. Always remember to always give credit to original authors.
Click to expand...

Maps 1
Hi, how can we change the size of the bladestorm model ? Please.
Thank you in advance.

Łapin Viktus said:
Hi, how can we change the size of the bladestorm model ? Please.
Thank you in advance.
Click to expand...

it's attached to the caster unit, so if you increase the size of the unit the effect will also be enlarged.

Reforged HD Models 7 Reforged HD Skins 3
this is my favourite concept of yours that i use for my main in the projects im doing, campaign, melees, moba styles lol so anyways
i need to report some stuff here, me and friend went through some extensive testing on the versus with your concepts
Also Only if anybody is fighting each other (other players) with these concepts.
The Fear System, when fearing a players Hero, still causes player desync or player crashes of either the fearer or the feared.
Samuros' Illusions here also cause the game to crash when they are feared under a player control. To Solve this Issue this needs to put in the fear system ->
if IsUnitType(target, UNIT_TYPE_HERO) and IsIllusion[GetUnitUserData(target)] == false then

Now this however would still cause a problem, cause now its brings the illusions down to the unit fear, which also crashes the game so to fix that i have this after ->
else
if IsIllusion[GetUnitUserData(target)] == true then
call KillUnit(target)
else
call UnitAddAbility(target, FEAR)
call IssueImmediateOrder(target, "bearform")
call UnitRemoveAbility(target, FEAR)
endif

Now fearing the illusions wont crash the game anymore and it is fixed, i have set it to kill, maybe you want Remove instead if you find it giving exp or whatever.
Now the back to main problem of the hero fear, i have removed it from heros currently, as i havent been able to find a way to fix it yet, trying other skills almost works, but the units become targetable after the fear ends, they can only be selected by a drawing a box. it is the the alternate form skills causing the main problem, as it is using metamorphosis, if you fear the demon hunter, the demon hunter will try to transform, he will stay in normal form but get everything the demon form has, ranged attack and everything.
i have tried using avatar instead and thats worse, the hero will end up disappearing, robogoblin is also desync or crash, tried defend, it crashed, berserk they became unselectable/not targetable, various other non alternate form skills, causing unselectable hero after the fear duration ends. so i have a simple deselect replacing the fear hero part of the code until something is figured out lol by one or another.
So aslong as your not fighting any other players (not computers) you will have no issues runs great, but if your gonna battle your friends with these concepts, some changes need to take place and some things need to be looked into.
There is small problem with the Illusions also being counted as hero so in melee versus, getting him first and using illusions, causes your altar to blank out the heros thinking you already have all your heros, as the 'Illusions' are really another of the hero by the DataCode. just a little heads up in a melee versus match with them.

But yea anyways thats all i got to report lol for anybody using in player(s) vs player(s)
I will also continue to look for some way to fix the fear hero, i am sure there is a solution somewhere and yea great concepts love the skills and everything, fairly balanced fighting each other too although i have mixed some up to be related to the heros we are using but yea its great, love them, lets hope somebody can figure out some solution to the fear hero too lol, ill keep trying.
And again only fighting other players does these things matter, you can play with your friend on your team, as long you fight computers there will be no issues.

Models 1 Spells 17
@Archaos I've rewritten the Fear logic and removed the GetLocalPlayer() call. It should not cause desyncs anymore. If it does, then it's probably something else in your map.
You must log in or register to reply here.