Priestess of the Damned (Reforged) 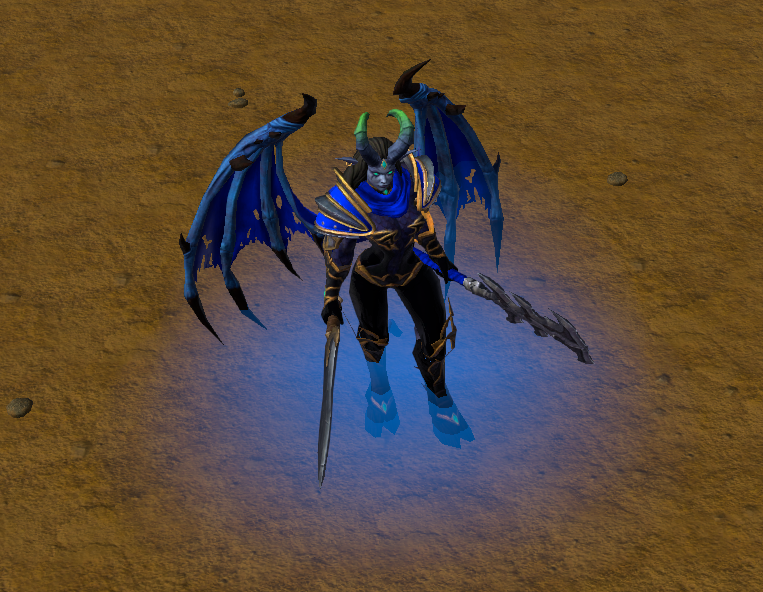 This bundle is marked as pending. It has not been reviewed by a staff member yet.
View usage Statistics Legacy download
Reactions: Herosdutemps, W.D. Passaland, khang2000 and 2 others
Specialist melee hero, excel at evasion and enemy's weaknesses. Can learn Mana Burn, Howl of Terror, Evasion and Reincarnation.

While Republic Generals bring the light and order, Priestesses of the Damned bring darkness and chaos. These human-demon hybrid servants were loyal and deadly to the Republic and its mistress, Lilith of the Painbearers Legion. They rely on both light and dark powers to banish and defeat their common enemies of the Republic to succeed. They specialize in any enemy awareness and activity, when they do, they swiftly swoop their ranks and terrify from within.

Update on 01/21/21: Added the POTD hero, Soryena Kazera for the custom campaign for Reforged, Redemption of the Republic and the icon is added.

Update on 04/26/21: The two previous versions removed and replaced with an improved version (Both model and icon)
Contents

Always wanted a hero version of the succubus
She can be a good fit for the burning legion, or maybe draenei too?
Last edited: Apr 26, 2021

So cool！But I think she need a nice icon~~~

Skins 5 Maps 6
Very beutiful model. Can I add a little suggestion based on the model attacks animation.
Maybe you could switch the weapons attachment because the piercing one fits better with the sword than that eater blade.
You must log in or register to reply here.

Orc Temple of the Damned Reforged

Cult of the Damned Bandits Re-Reforged