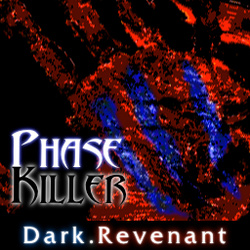 This version is optimized with Vexorian's Map Optimizer. If you need help with something in Phase Killer related to mapmaking, just ask me.

• Multiplayer-Only - Technically it can be played with one player, but the game isn't exactly going to progress. It's impossible to write an AI for this kind of map with our current technology.

• Twelve Players - 6-12 players are recommended. Any less to start with degrades the quality of the game.

- Townsfolk - No special abilities other than having 6 item slots as opposed to the phasers' two. The one condition to win is to kill the Phase Killer. You can still win even as a ghost, but it becomes more difficult that way.

- Phasers - Half of the players in the game, rounding down, become Phasers. Phasers have the ability to Phase, which moves them to and fro the Aetherworld. Phasers are the most helpful for hunting down the Phase Killer, but ironically are the ones to be considered as the potential Phase Killer.

- Phase Killer - One of the Phasers in the game is the Phase Killer. The Phase Killer has the ability to phase, transform into his natural form at will (albeit with a slight negative health regeneration), disguise himself as a different player (changing his name and color, but not his pings), upgrade himself using collected souls, change his form/specialization at will, and use a handful of combat-related abilities.

• Three Dimensions - There are three dimensions: the two standard ones, the normal world and the aetherworld, and the harsh hard-to-reach omniworld. There are several ways to go between the normal world and the aetherworld, but the most direct route is through the ability possessed by Phasers: phasing. The omniworld is reached through the omniworld gateway after it has been activated by a specific item combo.

• Chat System - The chat system is customized with interesting features that allow for more unique gameplay. Especially interesting is the auto-garbled speech that one may experience...

• Life after Death - If you die, you become a ghost. As a ghost, you can instantly phase between the dimensions and use a short-range teleportation ability. Ghosts also use mana to talk in two ways: short-range floating text or public chat (the latter of which is auto-garbled). Ghosts also have a chance at resurrection if someone manages to acquire Arcanum (good luck getting whoever has one to consume it by reviving you; it has a really good passive ability and is very tough to get).

• Items. Lots of Items. - The bread and butter of Phase Killer is in the items, which are spawned throughout the map on the ground. Some items are more common than others, others only appear in the Aetherworld, etc. However, the real depth to them is the combinations possible by, well, combining them by moving one item over another in your inventory. There are currently more combination-acquired item types than randomly-spawned item types.

• Good Reading - Somewhat of a tip of the hat to Wilderness Survival, every item combination (in some way or another) is depicted in the various books that can be found lying around the map. Some books are much harder to decipher than others, and one is even readable only in the aetherworld.

• Zombies - Players may be semi-revived as zombies, controlled by their masters and possibly even traded like slaves between players. Zombies have no inventory but are powerful in combat and can become human by consuming someone's corpse.

The above is basically a general consensus of Phase Killer, and by no means lists everything in the map. If you want to experience it, I suggest you play it.

The forums are at www.comclan.co.cc