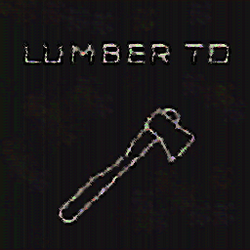 Kerael
1. Fireball model is the same as attack missile again. :) 2. Cool move with the Item Shop. But I'm sure you're aware that it needs more work. First of all, why do exclusive abilites have different costs? Where is the choice if one of them is just...
Read full review...

moonturtle
Yeah I agree. That's one way to close a game out on two conditions. A) You've developed an economy far superior than the remaining players. B) Your economy isn't superior but you've surprised your neighbor with the sudden transition into barracks....
Read full review...

Paillan
Tested last version. Basically there's no changes to the main issues of the map, which I will repeat here: Frustrating attack system that doesn't let you know who will attack you or who you'll be attacked by, which can lead to players not being attack...
Read full review...

deepstrasz
So, while this map isn't flawless, the general idea and multiplayer game is pretty fun. Although this isn't a tower defense really but OK. Approved. If you want more reviews, you should participate in the The Grand Review Exchange! R U L E S Site...
Read full review...
Reputation Statistics
Page 1 of 4
Show Ignored Content
Page 1 of 4