Glory of the Sea 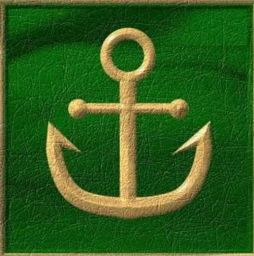 Glory of the Sea (Map)

Filename
WFA Glory of the Sea.w3x

Rufus
Approved. I liked your troll race more, but this one is nice aswell. If you want more reviews, try joining the Grand Review Exchange.
Read full review...

Maps 14 Tutorials 2
Reviewers, I've got this one.

More screenshots would be great.
Don't link them put wrench them onto the forum post.

Maps 14 Tutorials 2
Approved.
I liked your troll race more, but this one is nice aswell.

Rufus said:
Approved.
I liked your troll race more, but this one is nice aswell.

Thanks can u delete my old resource of the same name, I can't delete it lol

I love this civilization you made!

Tools 2 Maps 5 Spells 2
Great race and the first one I played with trained ships. Is this part of the Ultimate Battle mod? Does the generating gold only work once for all trading ports (I hope so).


Some suggestions to improve this race and the map:


I would rate higher with fully working AI support for this race and the enemy really reaching me on my island.
I didn't really test all heroes but the custom abilities are really well done.
You must log in or register to reply here.

Glory of the Farmers

the battle of glory

Glory of the Spartans