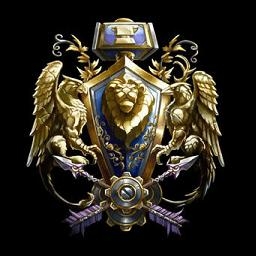 This bundle is marked as approved. It works and satisfies the submission rules.
View usage Statistics Legacy download
E M P I R E A T W A R v.1.4

The Terrain pretty much sucks, but as i started this map, i was pretty dumb at terraining and now i am to lazy to improve it.
All in all this map stimulates with it's funfactor.
Play it fullhouse one time and you will know what i mean

If you have any suggestions or Tipps, Bugreports or Questions Pm. me pls.

Maps 1
Well I've played your map and I got a few negative things to say about it.

1. The game is based off another language other than english, the game must be completely english to be accepted.

2. What's the deal with have the cost so high like 1000 wood for a upgrade? That's a bit overpriced.

5. You need to fix up some tool tips like Obsidian Statue, while the unit is called a Healing Wagon....

6. Since when does Wisps cut wood?

- Having 2 player per team can be fun sometimes.

-Other than fixing the negatives there are some suggestions.

-Add more voicesets instead of just 1 or 2 per race, I've played Night Elves and all but the Hero and Druid has the same voice set...

- Add more buildings like a blacksmith or something to place in upgrades, a shrine to hold magic wielding units, and other than just Siege Workshop, Unit Camp, Main Base, Wall and Tower.

Models 4 Skins 2 Maps 5 Spells 1
thanks for that

1. I will do that fast.(^^)
2. I did this because you earn wood really fast and you should not upgrade to fast
3. Its because not everyne understands this gam quiet fast and its a medieval game, so the main quest is to fight with a huge army.
4. Heroes are "unitlike" because they shouldnt be to overpowered
5. I forgot some tooltipps :S? shit i redo this fast
6. Since this is a wood"cuter" game

All in all you are right, thx for the reply

Maps 1
All in all, nice idea but there are some negative things...

First of all, the undead mainbase can't train workers. Additionally there is pretty much german in some descriptions.
Are the Heros just strong units, or real "heros"? Because it's a bit strange if you could train the same person 3 times.

Models 4 Skins 2 Maps 5 Spells 1
Oh forgot to change the undead fail again huh?!
Will do that in a second.
The German stuff will be removed until the next vs. and the I really created the Hero as a Unit cause i wanted to do it like this.
But maybe i will change it.

Icons 1 Maps 7 Spells 1 Tutorials 1
The upgraded Undead Mainbase still can not build workers. There's also the matter of the use of German in your map, but it appears you are already on that issue.

I will give you a short review of the playability of your creation:

Empire At War is your typical kingdom builder style map, where you start with a unit that will build the main building of the race of your choice and you build up from there. However, this map is very different and unique to other maps of the style. Unfortunately, this is not for the better.

As most maps of this style have a basic trigger to eliminate the starting 'worker unit' used to choose your races while the rest take advantage of the Night Elf Worker building Ancients system, this map takes advantage of neither, falling short of the most basic requirement. A lack of originality in terms of the races is also a downfall to this map mod, as it uses the original four races, yet contains less content than the original melee game.

The hero idea was very nice, as it proves that you don't need to gain experience to be a 'hero' unit. There is not much room to improve on this part, as it is well done enough for the small amount of content the map actually has.

Unfortunately, in this battle of good vs evil, it appears the bad points heavily outweigh the good ones. With a certain lack of originality put into a map riddled with bugs and German, this map is poorly done and violates THW's rules.

I vote for Rejection until the map is in pure English. Then I will give it a vote of 2/5.

PS. Wazzz, you left the " infront of the colour.

Suggestions: Make buildings bigger, replace Demolisher and Wagon with proper units for EACH race. Use some other system to choose your race, and lower the upgrade prices.

Overall: Not very original but very fun with many players. However, a map like this needs lots of work and improvement. I give it a 3/5. Exceptional work.
Last edited: Jan 11, 2010

PS. Wazzz, you left the " infront of the colour.

Suggestions: Make buildings bigger, replace Demolisher and Wagon with proper units for EACH race. Use some other system to choose your race, and lower the upgrade prices.

Overall: Not very original but very fun with many players. However, a map like this needs lots of work and improvement. I give it a 3/5. Exceptional work.
Click to expand...

I agree with most of your stuff.
But why the hell do you think the Terrain is fine?^^
It is horrible.
I know this by myself lol

EDIT:
-I will add new races so there will be a total of 12
-German language will be translated into english and tooltips will be fixed(colors and other things)
-Terrain will be improved
-More custom units and abilitys will find a way into this game

man , the undead were just too imbalanced!

gangu said:
man , the undead were just too imbalanced!
Click to expand...

you mean to weak?

VampireofBlood said:
you mean to weak?
Click to expand...

nope , i used orc against them and i got owned basically because they attack too fast and they are too cheap >.>

Models 4 Skins 2 Maps 5 Spells 1
yeah i got that feedback too, that all units are built way too fast and cost to less wood

Tools 1 Maps 13 Spells 1 StarCraft II Resources 1
As a member of the group Map Reviewers, I will be reviewing maps :

I have tested this map of yours 2 times and I guess you've still managed to make an acceptable map.

Who HATES Empire at War?