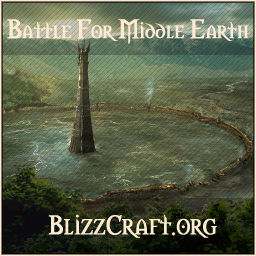 This bundle is marked as approved. It works and satisfies the submission rules.
View usage Statistics
Reactions: Lord Alyx, Radagast and GolluM_KoMe
Battle for Middle Earth 3.2
Created by lord_Turin & NWG_Jonas,
passed down from legend-fire 2008.
Latest version of 06-03-2017

Introduction:
Fight as either the forces of good or the forces of evil in the epic scene created by JRR Tolkien. Fight with Gondor, Rohan, Dol Amroth, The Fellowship and Fangorn against the dark hordes of Isengard, Easterlings, Harad, The Nine Nazgul and Mordor. Heroes play a centrale role in the map, having several for each player they are the key to victory and success.

Extended description:
bfme is a fast passed Strategic map. Its 5 versus 5, with each side having a hero race. The fellowship controlling its 9 heroes, and The nazgul controlling 9 nazgul and a handfull of units. The other 8 players, 4 on each team have 4-5 heroes and about +/- 50 units, there are also several demi heroes (units with useful skills) for most races.

Good Forces:
Gondor being the main beef with lots of strong melee with defend and archers, Rohan being the fast flanker and unit booster with his fast riders of rohan and hero that are based around buffs. Dol amroth being a strong all-round race. And last but not least Fangorn & Lorien with strong ents and deadly elves. The fellowship darts around and fights where he is needed.

Evil Forces:
Mordor is the main beef for the evil forces spawning plenty units in a fast manner with trolls and elite orcs to receive and deal damage. Easterlings being the fast aid in the battle with riders, mumakils and a strong set of heroes. Harad the counterpart of Dol is well-rounded but lacks speed of its own. Isengard is isolated up in the north and is mainly fighting Fangorn+Lorien has diverse and specialistic units for many scenario and a tough hero party to top it off with.

There are several Events drawn from either the book or the movie. for example, when aragorn reaches lvl6 he can go dunharrows 'path of the dead' to get his ultimate. When frodo and/or sam reach level6 they can preform a ringdrop having to move through mordor into Mt Doom and killing gollum there to instantly destroy mordor and The nazgul. Besides these, there are several more events for different races in the map

Battle for middle earth uses a Spawn based system that includes building castles at your main cities, when you have 5 castles in total you spawn your best units. You can of course build more than 5 castles because your bases can be destroyed and so can your castles. Its actually been a popular tactic to just aim a castle so you can have the upper hand with the Spawning of units.

A general game description:
The rush is the most deadly part of this game, you group your heroes and units as fast as you can while your moving to offensive positions. Teamwork is everything so 'cluster' together, you can team heal give each other buffs and help when each other when needed. Gondor/dol amroth/rohan and fellowship try to hold at Osgiliath. while mordor/easterlings/harad and nazgul try to break osgiliath or cross the river south to have a more open ground battle. Up north isengard and Fangorn are having their own brawl, isengard being fast and mobile, and fangorn being slow but very deadly. will fight over bases and positions to out manoeuvre each other.

This is just a general description of course there are many different tactics including Isengard rush (4 or 5 races trying to rush isengard before evil can catch up with them) or the less popular Rhun rush (in which all races rush to rhun, an unexpected move, build farms and engage mordor in such unexpected lands. Evil forces can also decide to perform a Lorien rush, and all go north.

At the first battles its important to kill armies and to focus 'less' on heroes because armies give more exp than low-level heros. and when you killed their army you can kill their heroes when they are fleeing.

Lossarnach:
-+1 soldier of gondor on 2 castles.

General:
-unify ALL collision
-+10 ms(5%) too all units/heros
-Recalibrated all armor and armor upgrades per level
-deep wounds skill nerf for elite units. 5->4dmg for 20->10 sec
-frost attack -10/5% ms/as
=palantir 10 charges(-4)
=numernorean armor -2 armor, total +6armor instad of 8
=fixed glamdring.. gave +1armor and +7 dmg, should be +8 dmg
=mounted fighters chance -5% to 25% chance to deal 30 dmg aoe
=all net/stuns/ropes can target air
=balanced out food costs all races
=attack/armor/hp upgrade every 8 min instead of 10
=each main explains what you spawn at each castle level


Credits go to:
Legend-fire (the man that took the BFME concept in ROC and made it into what we received in 2008).
Olofmoleman several great models, baradur and orthanc to name a few, but more importantly Gandalf and Saruman skins made purposefully for BFME.
13lack-hawk for the great preview pictures the past 4 versions.
Several Clans in the past 6 years of development those that are still alive today:
Clan HoTJ, Clan BFME and Clan EYE; for having suggested changes, finding bugs, abusing imbalances and hosting bots with BFME. 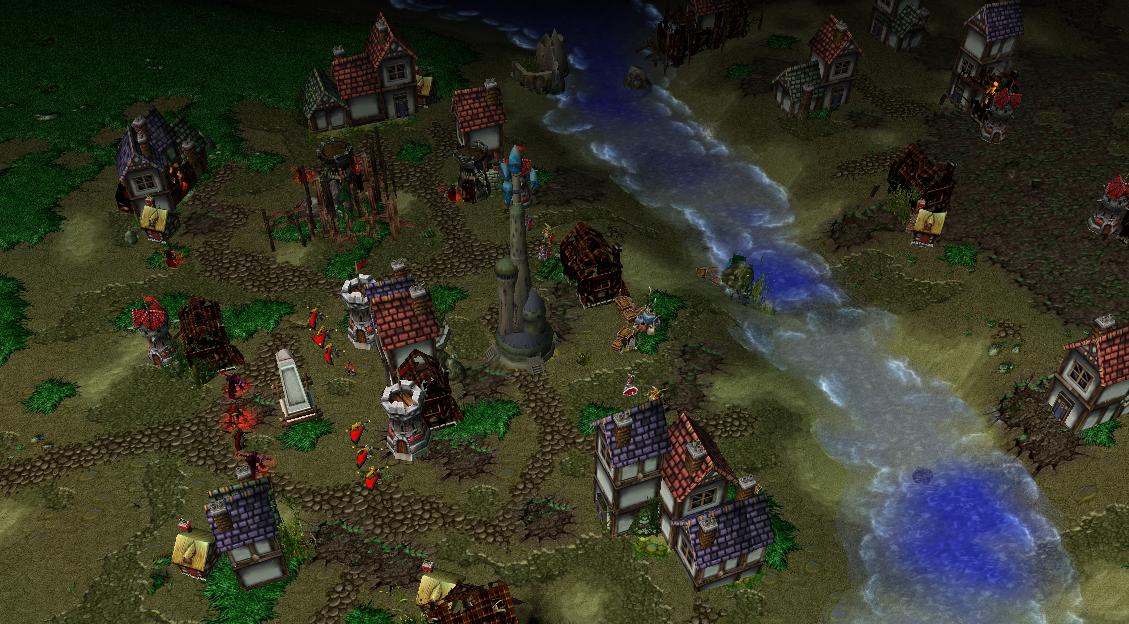 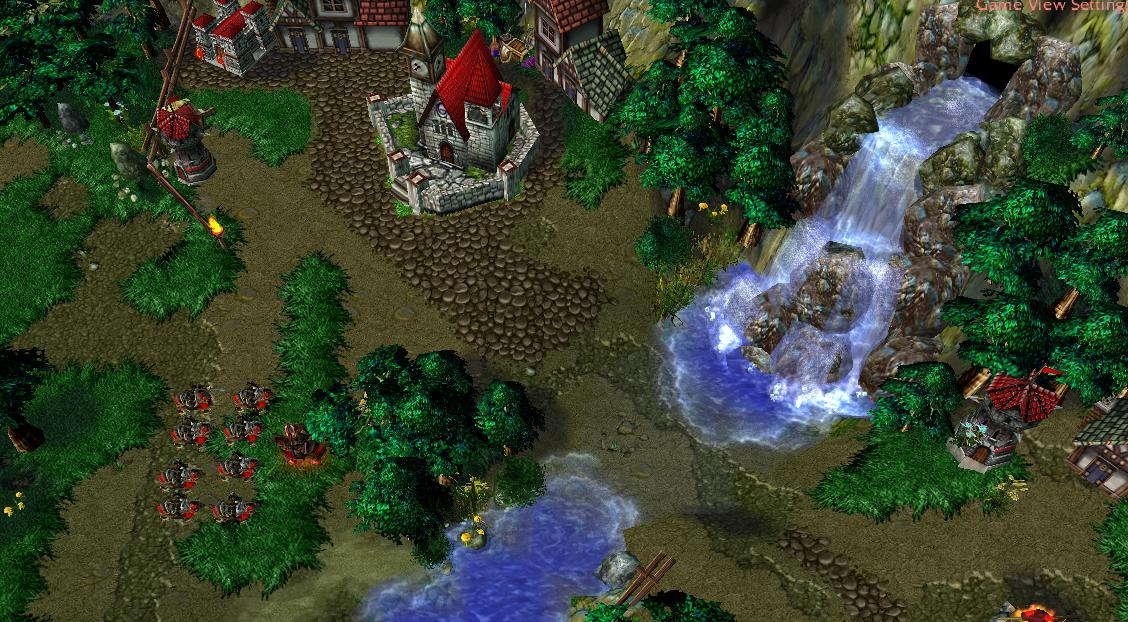 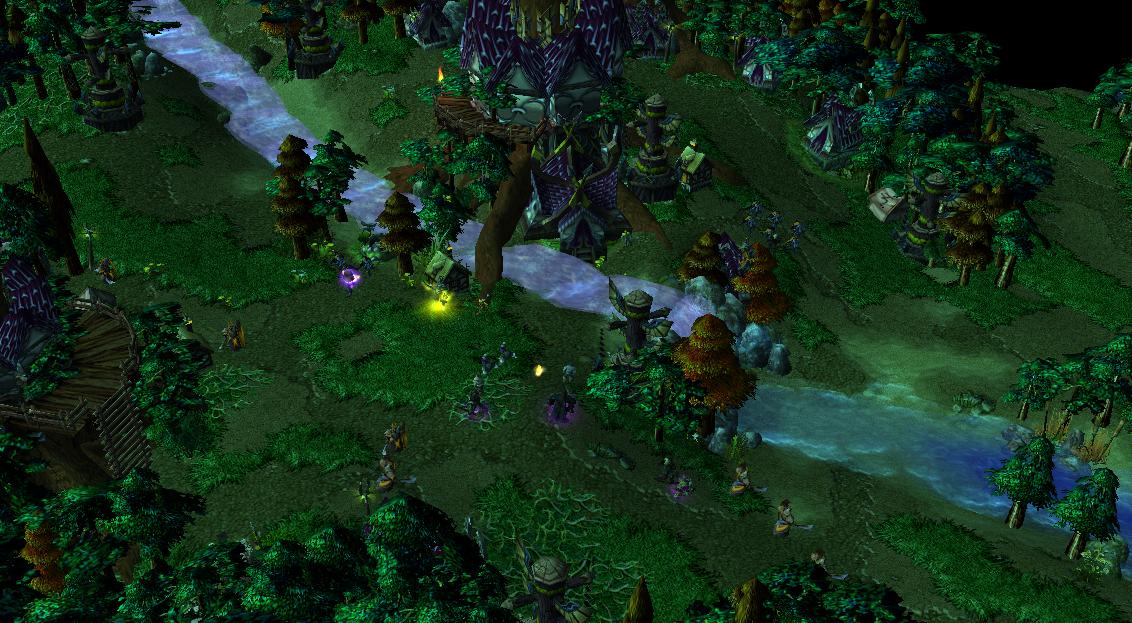 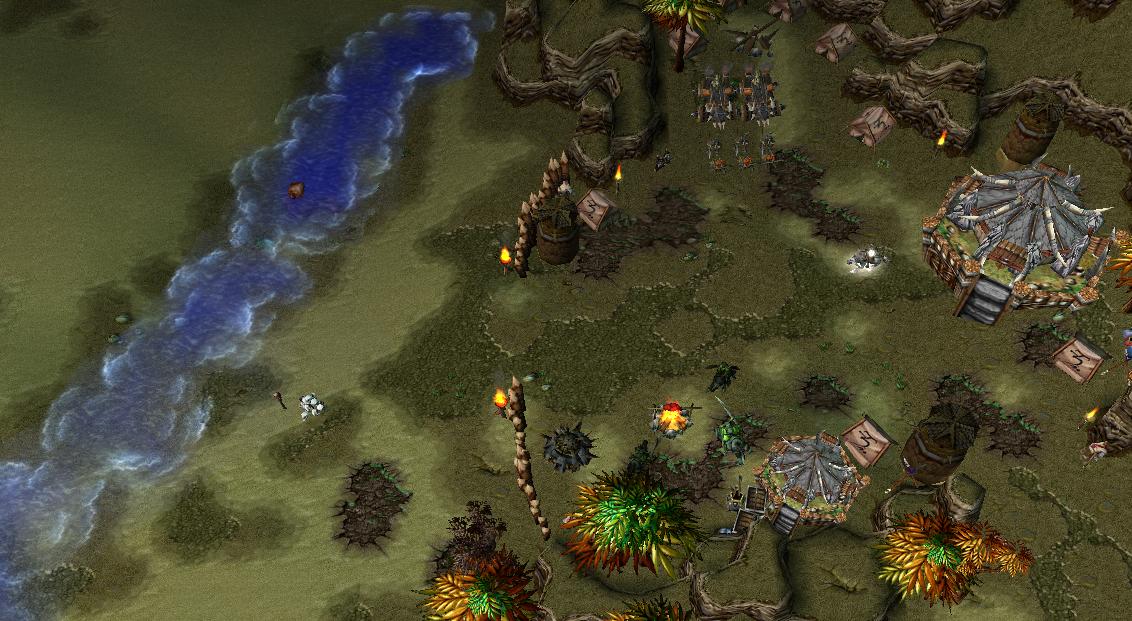 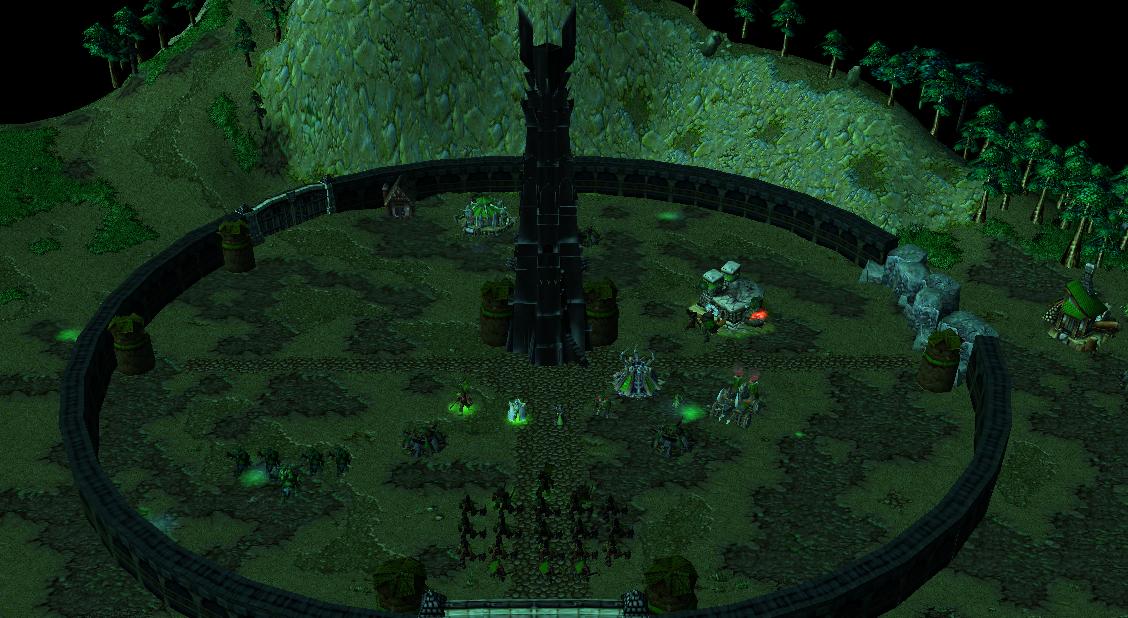 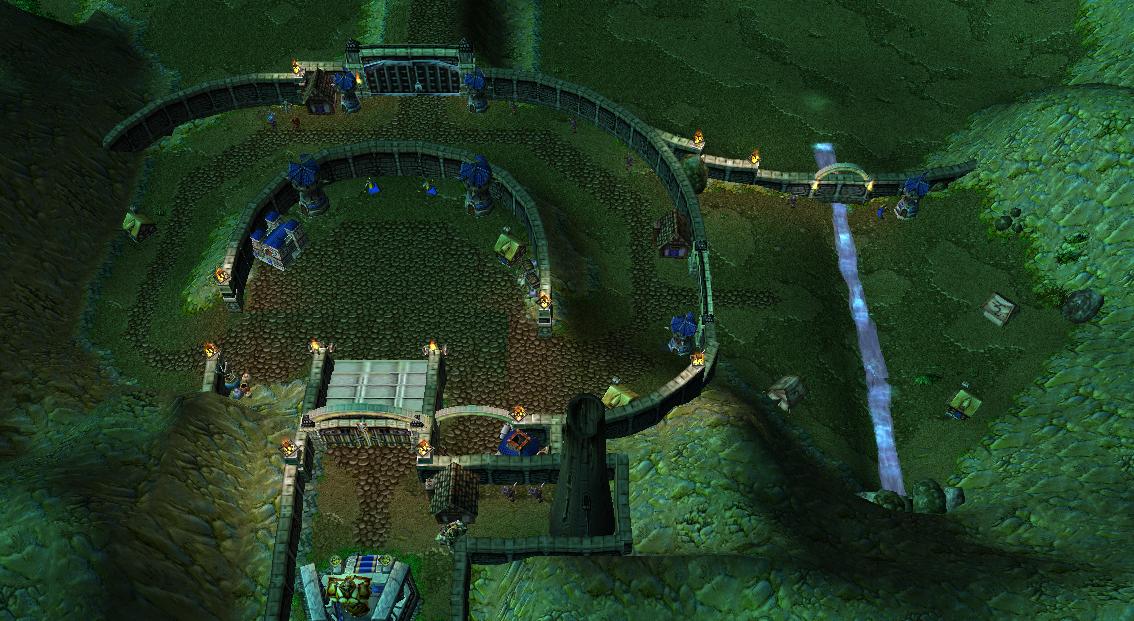 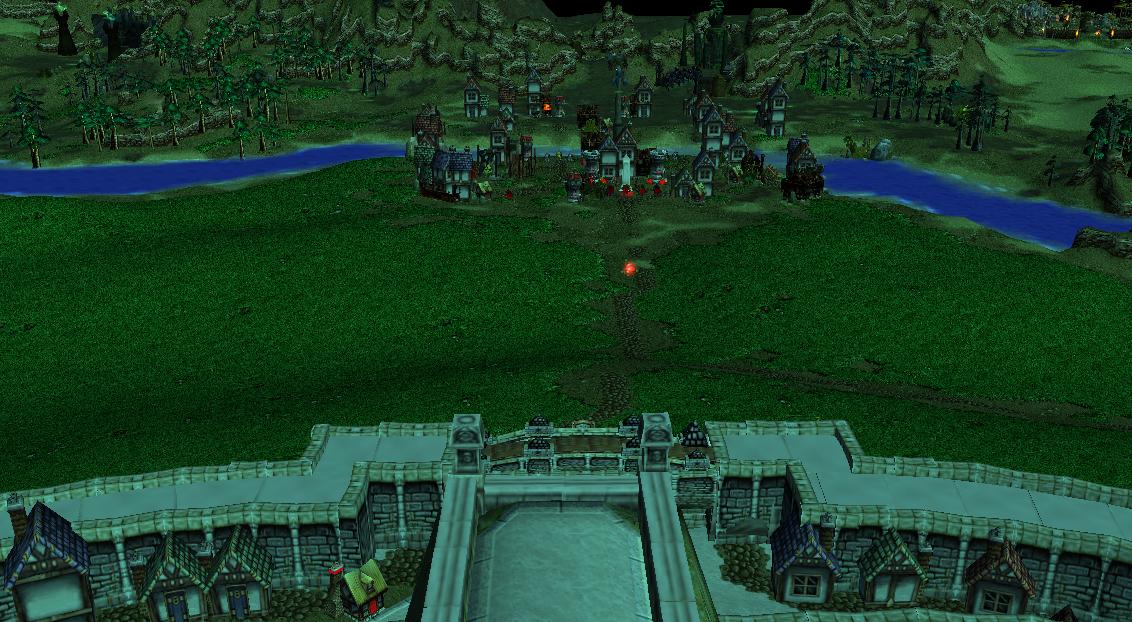 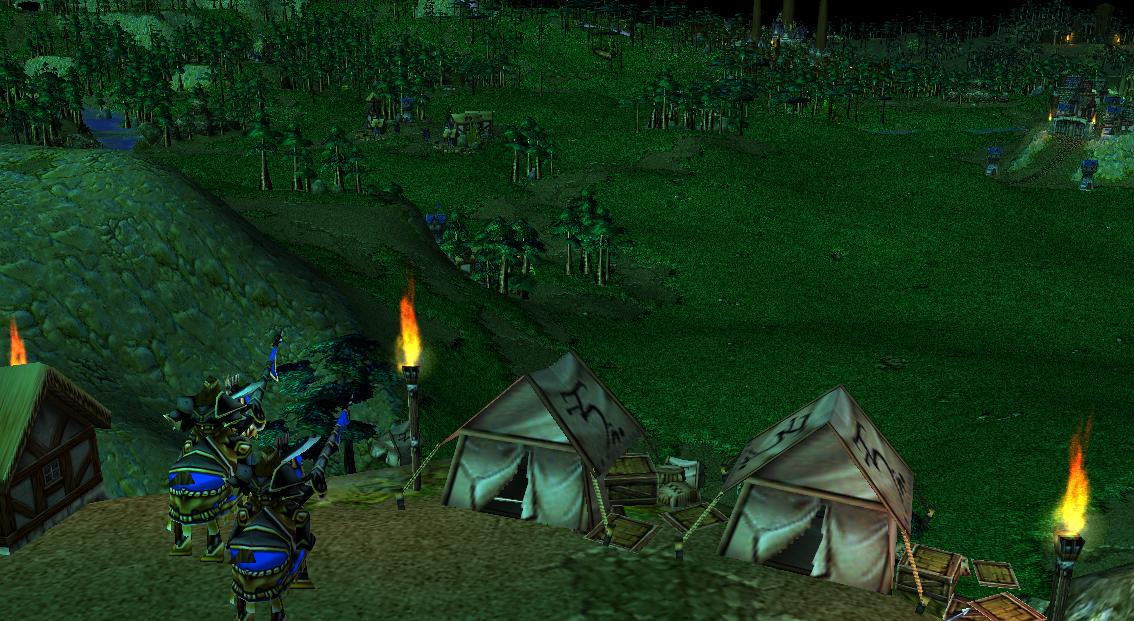 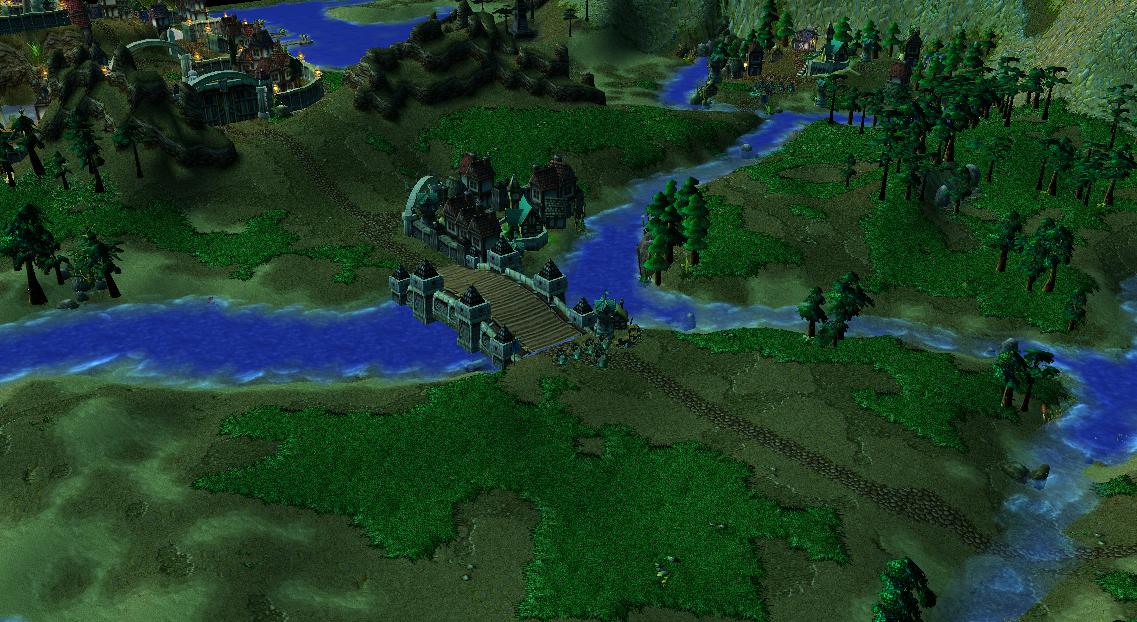 Updated to most recent played version. Has been this version for about 1.5 year now..

17:46, 12th Jun 2011
-Kobas-:
Status: Approved
Approved with 2/5 rating, terrain need huge improvement, gameplay as well, still you shown few really cool things, mostly fortress and cities that I would like to recommend for showing to all LOTR lovers.

Uploader and creator name different if you dont own this map(isnt yours) and you dont have permission this will be rejected.
Also post changelogs here on description and also some screenshots would be nice.

But it is lacking a lot in the way of description.

Maps 1
oke, if you want the mother load u can get it
its a massive changelog.. just be a minute.

lord_Turin said:
oke, if you want the mother load u can get it
its a massive changelog.. just be a minute.
Click to expand...

Put it in a hidden tag and its fine

and as mentioned before, NWG_jonas and myself recieved the map 2 yours ago from Legend-Fire, in his honour we still use his name and call ourselves the editors, not the creators.


EDIT:
i'll get some screenshots up later, havent got any good ones lying around.
We are working on a promo vid, but that might take a while to finish.

And there is a list of credits for all the models, which i dont have here at this moment. i'll add that later to discription too.

Its an old game and a good game. I am sure its worth the download.

Icons 1 Maps 3 Spells 1
- Been a while since I've done one of these (holidays ). Fun map. Love purple's fellowship heroes.

Maps 1
You have forgot one thing to calculate the shadows on the field...

Maps 1
the map has gone through alot of fases in the past 6/7 years, and sadly its corrupted in many ways which we have to work around. The shadows is one of those things recalculating them just doesnt work .

and thanks for the review Xeno. and ye i know we need a male archer but in my opinion there isnt a good one to find anywhere :/. And i'll work on the discription.

its also suggested you put specs on low if you play a full game of BFME unless you have a good PC.

Maps 1
and the screenshots, no idea how to attach them to the map discription.

A nice map, but lacks details, I'll aproove, because I know you'll update it and make it better

Maps 10
This game heavily favours the good side.

5 games in a row they won before 15 minutes.

Maps 1
actually evil is imbalanced.
in private games evil wins around 70% of the games.

you might have been playing with some people that are good at the game. there is a big skill gab between starts/regulair/"pros".

One question.
WHERE ARE THE DUNEDAIN FOR THE GOOD FORCES!????

this map is almost perfekt it only needs a better sauron model!!! please i beg you get a awesome sauron model to your map!

here are some links to what you could do with sauron

and use it in your map to make it awesome!!!

if you dont know how to use the mace in saurons hand i can help you!!!!

Maps 3
totall s**t, i hate auto spawn & auto upgrades maps, player just move his units/heroes using their skills(micro), i think that makes map boring... its not strategy map, its map for players who love micro one good thing i can say is a nice terrain, but map is a bit too big, that makes map less dynamic. Units and heroes are strongly imbalanced, You should fix it...

Turin you should update to the latest version

Maps 1
My favorite map in all of wc3, the cornerstone of several clan communities. And the prettiest strategy map i have played so far. 5/5

Maps 1
With the new function to see statistics i saw the map was downloaded a couple this week.
Figured it would be nice to update to the most current version.

Maps 1 Templates 1
Is anybody working on this map anymore ? It is so great, now when the limit is off you can upload some cool models to make it look more lotr and even more beautifull, i could help with it if you dont have a time ....
You must log in or register to reply here.

S
The Battle for the Middle-earth