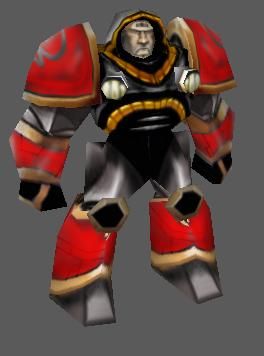 This bundle is marked as approved. It works and satisfies the submission rules.
View usage Statistics Legacy download
Reactions: Newominus, Grievous1 and Cthulus
An other Marine unarmed.
I know the design is not very original (Blizzard base), but I have tried to add some animations.

Other animations are classic and work for all tags.

This model recquired no credits, because I simply have fun with Mdlvis


08 Otc 2009:
Fixed a blank geoset animation which made the model corrupted.

Icons 21 Skins 3 Maps 1 Tutorials 1
Like your Villager model!
Very useful IMO, even though it isn't really a 'Model'. Very useful for alot of stuff.

Maps 1
Was too lazy to read the full description, but it'll be better if you add the normal animations as alternate. That way you can attach different weapons to it.

Maps 1
Holy shit. He can do spin kicks and backflips, that is just AWSOME.

Such an usefull model, but I could make a better screenshot for ya, if ya want.

Models 78 Packs 1 Maps 7 Tutorials 2
Weapon attachments are simple to create, for a time: it's enough to add items on the "weapon" attachement. Items should be perpendicular to the Z axis, centered on (0,0).

If this model is approved, I will upload weapons.

Models 78 Packs 1 Maps 7 Tutorials 2
Its possible, but it means you will have to set the animation with triggers. Not hard at all, but sometimes weird to see.

Spells 1
Why isn't this approved yet???!!! COME ON! Its alot better than Konstrukt which I dont use anymore but theres no gun. Konstrukt models suck now, they dont work with other weapons.

Models 20 Icons 1 Packs 1 Tools 1 Maps 2
didnt say it was hard, i know how to trigger an anim via trigs ^^, and i could probably make the strafe myself, but i have no need for it.. just a sugestion though

I've been waiting for this for long! Thank you!
But it would be great if you added a melee attack, for he can slay zombies with his fists or a pipe or something.
Also I found out you can't select a unit using this model with a single click. You have to drag select. Don't know what's that related with... Fix that please!
Otherwise a really great job!!

Models 78 Packs 1 Maps 7 Tutorials 2
Its due to the selection size of your unit no?

Okay I just restarted editor now it works.
No idea what went wrong... Just forget about it!^^

EDIT:
I tested it again, now I got it:
Normal animation works, you can select it normally
'Alternate'-animations are only selectable by dragging
Same on 'Defend'-animations

Models 20 Icons 1 Packs 1 Tools 1 Maps 2
actually, that is a model problem, to fix it, download War3ModelEditor (from tools here), and open your .mdx, then go to properties?, calculate extents, that should fix your problem

Hey, u need to make this attachable to Konstrukt models. Thatd pwn

Maps 2
did you intentionally make the screenshot face his..... never mind.

Models 78 Packs 1 Maps 7 Tutorials 2
I will not make this "attachable to Konstrukt models" because indeed KModels have the probleme of having non-standardt alignement, bones etc...

Anyway it's very very simple to edit Konstrukt models to be used for my own marine.

Konstrukt models sucks. They are too old! The model section is plenty of way better new model attachments.

Well is there any guns that work for this mdl? i dont see a damn gun

Models 22 Maps 6 Spells 1
I dont tested it yet. After I get home I'll test and look for working guns.

Uh, how do u attach kingofln models to this?

For this model, attach a weapon is done with the "Weapon" attachment.

4/5. The anis are good, but the unit itself isn't very origional. Still, its a good job! I like your models jk.

The models that have 90 at the end of them work. attach them to one of the hands, I think its right though. if right hand doesn't fit, use left hand. Also, the animation requirement must be on Alternate to work, as the normal rifle animation doesn't fit.

Models 78 Packs 1 Maps 7 Tutorials 2
I forget to move the weapon attachement, cause I only have worked on the bones.

Now it is fixed and all models centered on (0,0,0) will work when attached to Weapon Attachement.

Do not use Hands attachements for weapons, it will be ugly.

Spells 1
Sooo... you ever gonna give him a hand to hand combat animation? In my map, I was planning on making it so that when he has no weapons, he engages in melee

Models 78 Packs 1 Maps 7 Tutorials 2
If i have time!
Complet set, or spell animations? For a whole tag, i dunno what take. Swimm?

Models 12 Icons 2 Skins 1 Maps 1
Holy crap @ the animations, this is so awesome.

The only thing you can do to pleasure me, if you want, is to use this model in your map!

Good job there I love it

that would be nice xD

but the main thing is to fix the weapon point

coz when i add flame thrower its bad

and when i add it to heavy marine than its good

that would be nice xD

but the main thing is to fix the weapon point

coz when i add flame thrower its bad

and when i add it to heavy marine than its good

That would be useful too for me -.-

Skins 1 Maps 4
Spell Slam Alternate is the ultimate ROCK OUT animation.
All the same, this model is very useful for obvious reasons, and it looks like all the animations are well done (at least from the viewer)

Models 130 Icons 56 Packs 1 Maps 1 Spells 1
all in all a VERY usefull model, but the kick animation is a bit to slow for a kick. but i still would give it a 10/10. i was always looking for a marine without a rifle so that i can add him various other weapons can i have ur permission 2 edit him plz? I WILL MENTION THAT THE BASE FILE WAS MADE BY YOU OFC!
Last edited: Jun 8, 2010

Icons 3
Mabye a swimanimation to make the marine amphibian? Would be nice if u can do this. But cool thing anyway.

Maps 1
lol good anyms, someone should do a terran medic.

were are the weapons for this Marine? Does The weapons only work on a certain scale?

there are many weapon attachments made especialy for this model, just type 'guns' on the filtered search and they should come up ^^

Models 78 Packs 1 Maps 7 Tutorials 2
Thanks. Konstrukt's attachements are different (it's due to the orientation of the x/y axis). That's why.

konstrukt marines its works only konstrukt attachment and i played your map i like a firebat
You must log in or register to reply here.