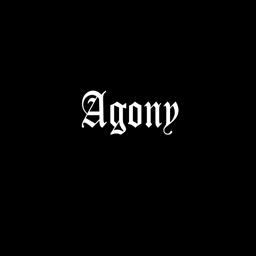 This bundle is marked as approved. It works and satisfies the submission rules.
View usage Statistics Legacy download
Reactions: deepstrasz
Agony is a short music only cinematic. The music used is performed by Maia Hirasawa and the song is entitled The Worrying Kind.

The cinematics theme is love and it revolves around the love of a man and a woman towards their child.

Cinematic made by bounty hunter2
Contents

Map Info View Resources In Use Preview Triggers Download
Reviews
21:17, 26th June 2009, by Linaze Agony is a music cinematic with the song the Worrying Kind playing in the background as you see the flashbacks of the life of a man and his wife. The camera work was rather good, and there was almost always some...
Read full review...

21:17, 26th June 2009, by Linaze
Agony is a music cinematic with the song the Worrying Kind playing in the background as you see the flashbacks of the life of a man and his wife.

The camera work was rather good, and there was almost always some camera movement going on and the camera never felt too stiff at all.

The terrain could've used some improvements when it comes to tile variation, and some places could've looked better with some more doodads, especially of the environmental kind.

There was much movement going on in the cinematic, a battle scene, a man running around etc. small things, but it made the cinematic more "lively" and more entertaining to watch.

The map follows the Hive's rules, has been scanned for viruses and doesn't crash.

Overall, the cinematic was entertaining and decent enough, even though the terrain could be a bit improved.

From Jaako? Hmmm I don't know... No really if you want to watch good cinematics:

Maps 1
I ve this problem....... i dl cinematics but i can watch them..... any. They are not there in the folders where i dl them. Seems some kind of wrong format. Does anybody have a clue how to fix this?

Icons 3 Maps 5 Tutorials 1
I do not really know. Try searching for them here and downloading them it might work.

Maps 1
I mean i dl from here other guys cinematics

Icons 3 Maps 5 Tutorials 1
I do not know, try changing your download folder etc. But let's keep the discussion out of this topic, if it's a bug you can always report it to the bug report forum.

Packs 1 Maps 35 Spells 8 Tutorials 5
This resources was submitted for cinematic contest and was confirm to have a acceptable quality and working fine by me. I do not think it would have any trouble to get approval at all.

Maps 1
Well after watching this cinematic i understood that i didnt understood anything;
1. No logic in happening . No Main Author Idea
2. They loved each other and had a son? Then orcs came and killed the son and enslaved the woman and killed the father?- Touching story
3. I only understood what was it about when the text came.
4. Nice terrain.

Icons 3 Maps 5 Tutorials 1
The cinematic is showing flashes from their lives:

*Spoiler Alert*
- First, the battle against the orcs, where the men was killed, and the woman enslaved
- Before that we can see them at their sons grave
- Than we see how the son died
- Than we see when they got married
- Then it ends

No point and the unit's animation and movement is bad.
I think you don't mind everything except the facing of the head.

IMO this resource deserves to be approved.

Models 1 Tutorials 1
Agony is a music cinematic with the song the Worrying Kind playing in the background as you see the flashbacks of the life of a man and wife.

The camera work was good enough, and it didn't feel as though the camera was stiff at many times at all. Another good thing was that the cameras were moving slowly that fit with the cinematic's theme and the music that was played.

The terrain wasn't that good, and the main problem regarding the terrain was the fact that it lacked tile variation, the village is one good example of this, where nearly only the rock texture was used. There could also be some more environmental doodads here and there, and the snow scene could use some more doodads overall, as well as the battle scene.

The storyline was simple, but in this case I think it should be that way, as the cinematic is rather short. I liked how you saw flashbacks of the man and woman's life together.

There were quite a lot of movement going on which contributed to making the cinematic feel less stiff, a good example of this is the battle scene where two armies charge against the other.

There were some typos in the ending text that should be fixed, but this is of course nothing major as you still understood the meaning.

To summarize, the cinematic had good camera work that didn't feel stiff at all, the terrain was lacking tile variation and some doodads but was overall approvable, the storyline was rather simple but fit well for a short cinematic like this one, another thing that made the cinematic less stiff was that there were some kind of movement going on almost in every scene, there were a few typos/grammar errors in the ending text, but it was still readable.

Icons 3 Maps 5 Tutorials 1
Thanks on the nice review. Thou I won't be improving this anymore, since I don't have the motivation, reading a positive review is always nice. Thanks.

Spells 2
I can't hear the music while i was watching it... Any1 else got this problem?? I only heard background

Maps 4
There are visual artistry and some really good camera shots.
I didn't really get why some Archers and Blood Elf Lieutenants were pure black.
You must log in or register to reply here.