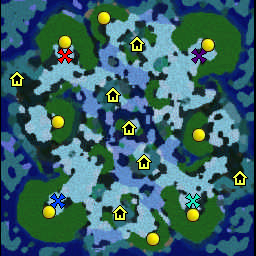 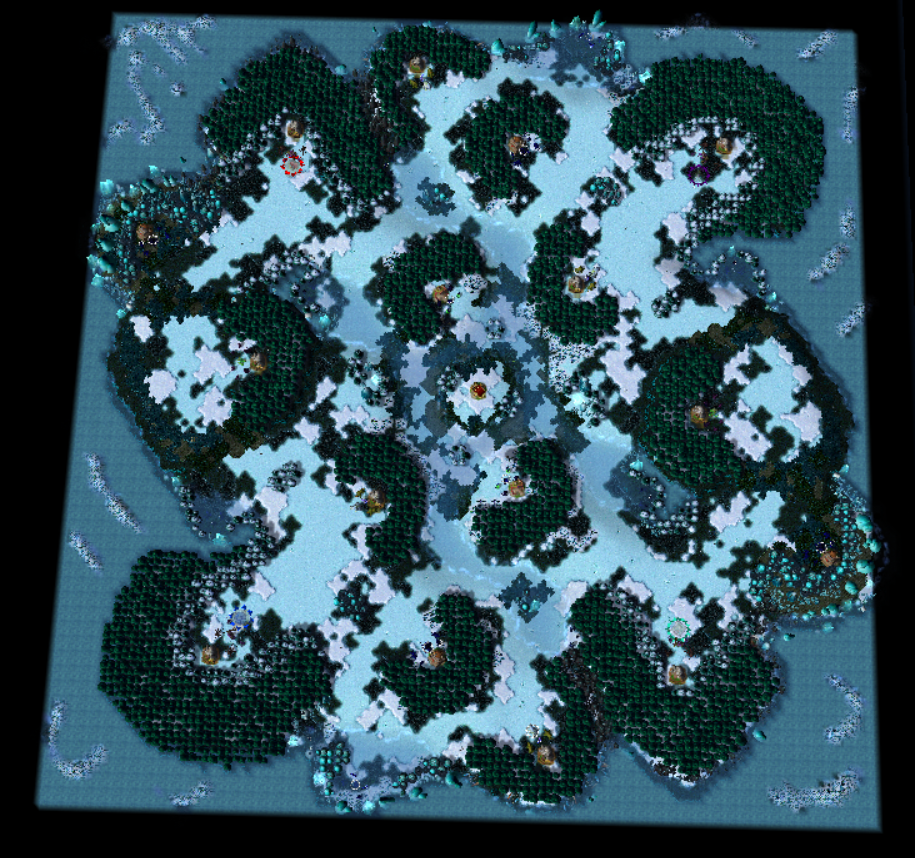 Map Description:
Icicle Isles form as plain claim by the frozen stone. The old ruins from below moan in pain. even the snow can't fall here, its cold pressure who called the traveler to died in pain.

Information:
-base near enemy than friend.
-map size 115x116
-player spawn are balance but not at the same time, up to the side open of the camp.
-item drop maximum at lv.4[charge/permanent] even the red spot
-one extra safe expansion but hard camp. in the middle between teammate on ramp
-underground tile set but lighter with L. winter light.
-red camp drop lv.4 permanent
-main layout use an idea of 1v1 popular neutral building position, you can see it from the minimap.
-one player will had a harder time to expo need friend to help creep the up cliff mines else go toward, but to spawn as well. 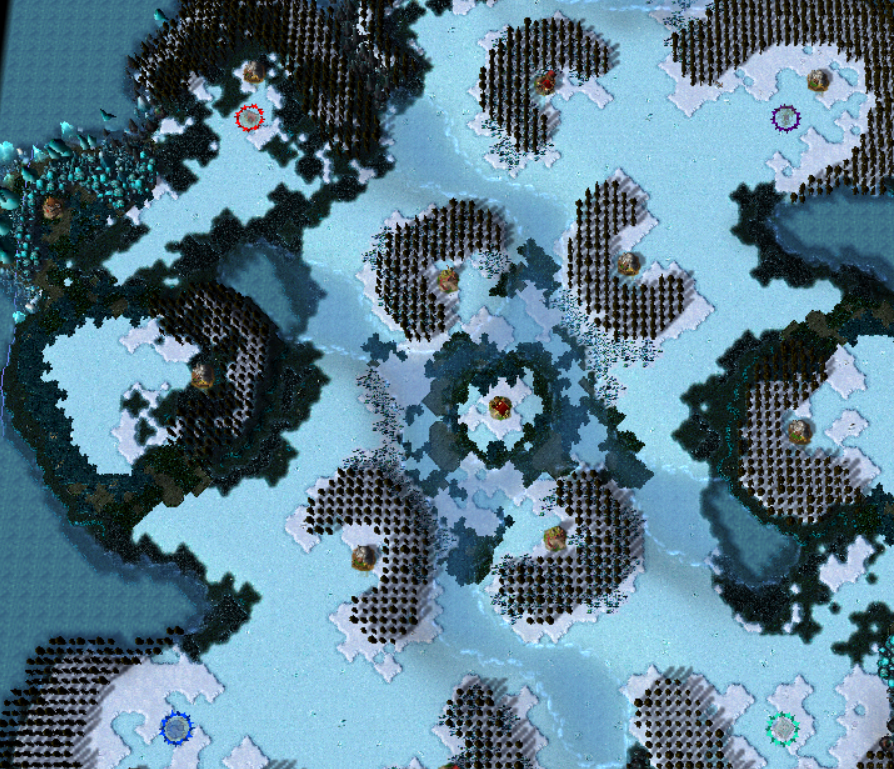 v1.0 release to hive
-1.01 remove 2 expo in front of base followed the old plan with unbalanced spawn in term of player but balance in term of team.

-1.02 (8/3/2021) many change due to mafe, which I can't even remember what did I do. let say polish.
Creator Note:
-what I trying to do here is to use underground as base tile set but light it color up.
-I also didn't sure about the balance of players as well. Its more like up to the player spawn spot but not really, well you should decide that then :/
Previews 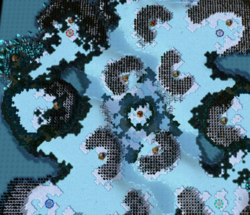 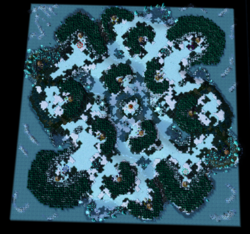 mafe
It's a good map, but it has a few easy-to-fix problems: 1. The creepcamp in front of the northeast/southwest starting position is not on camp stance. 2. The creeps at the shops can aggro by accident. 3. For a 2v2 map, some of the areas/chokepoints are...
Read full review...

mafe
Looking at my previous review: 1. is fixed. 2. is fixed. 3. is sufficiently improved. 4. is also changed. 5. still exists, but as said before might be acceptable for 2v2. I also (only now) noticed that some of the "Ice floating" doodads look like...
Read full review...

Maps 10 Tutorials 1
It's a good map, but it has a few easy-to-fix problems:
1. The creepcamp in front of the northeast/southwest starting position is not on camp stance.
2. The creeps at the shops can aggro by accident.
3. For a 2v2 map, some of the areas/chokepoints are too narrow. For example, some of the small groups of 7-10 trees could be decreased to just 1-3 trees, or removed entirely. Several forests could also have one fewer layer of trees. On the other hand, for a 1v1 maps, the potential asymmetries in spawning positions are too big. So imho you should try to pick either 1v1 or, probably better, 2v2 and optimise the map for one of these game modes.
4. It's just a visual thing, but for me it does not make sense that these brick look as if as they are over the snow:

then it will look like this, which looks more "natural":

5. There are several "safe wisp" trees, which is not ideal for 1v1.

Positives:
6. Interesting layout for 2v2, with the different starting positions.
7. Items and creeps are good.
8. While I surprised to see this was an undergound map, I like the tileset. But maybe that's because to me it looks more like icecrown to me.

So despite the map being good, I'd like you to fix 1, 2 and potentially also 3 and 4. Since this should be easily done, I'm sending the map to Awaiting Update.

Maps 10 Tutorials 1
Looking at my previous review:
1. is fixed.
2. is fixed.
3. is sufficiently improved.
4. is also changed.
5. still exists, but as said before might be acceptable for 2v2.

I also (only now) noticed that some of the "Ice floating" doodads look like they are ..... floating in the air instead of floating on the surface of the water. Ofc it is no real issus.
I dont remember all of the previous version, but my impression is that some creps may laos have been changed? Not completely sure, but they still look fine. In some rare situations, the creeps at the main in between the two players of the same team can aggro by accident. But due to the layout this shouldnt happen very often. Since this is the only potential issue atm:
Map approved.
You must log in or register to reply here.