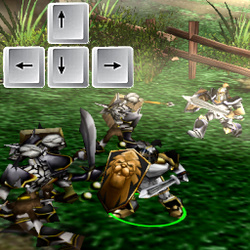 
This is a 3rd Person map that builds upon the systems established in my previous map of that type: http://www.hiveworkshop.com/forums/maps-564/3rd-person-village-229412/

The story follows up on the previous map, however there is many new systems included, most notably the movement via keyboard


Note that it is NOT necessary to have played the prequel in order to understand the story and the gameplay of this map. Don't worry ツ.


1. Combat System
- Smart Shortcuts allow for a dynamic combat system
- Use 'Q' to strike. Strike hits enemies in front of you.
- Use 'W' to parry. All damage is avoided. Parrying is vital to your survival in combat. 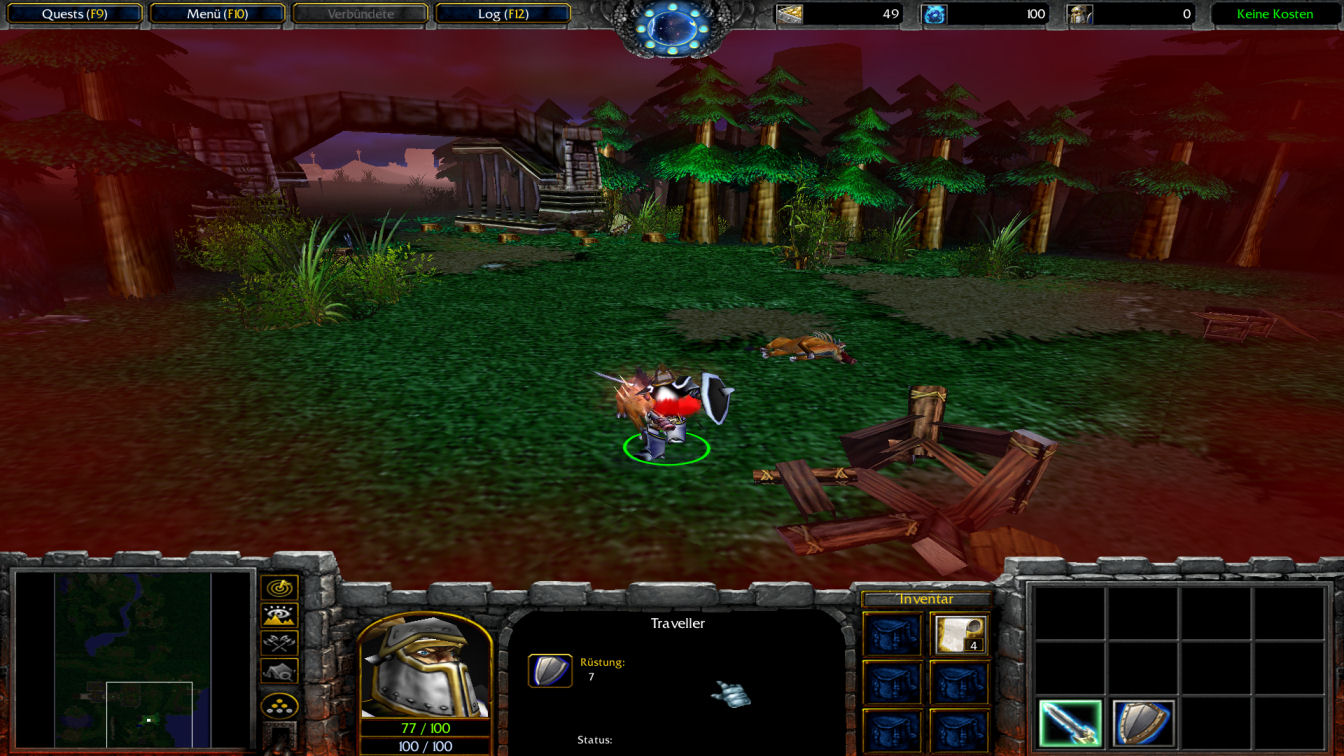 2. Arrow Key Movement System [NEW!]
- 'Left/Right' are used to rotate the camera around your character so you can check out the fancy new armor you will get once you join a guild (read below).
- Use the 'Up' key to make the unit face the direction the cam is facing; once the unit is done turning it will move in that direction. Don't worry, the unit WILL NOT stop to turn when moving. 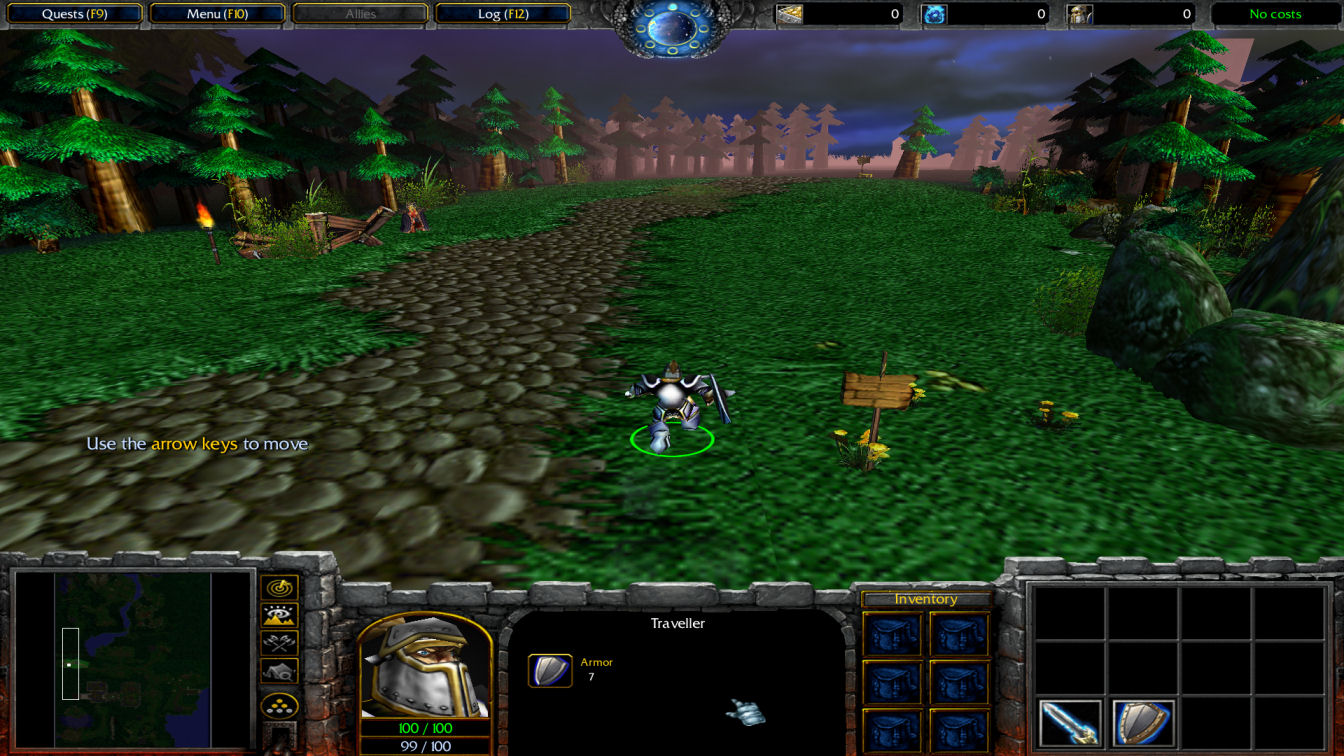 3. Enemy Behavior [NEW!]
- Combat AI: enemies with shields will try to block your attacks, some will circle around you in combat
- When hit without parrying, your screen will have red borders for a few seconds (see image below) 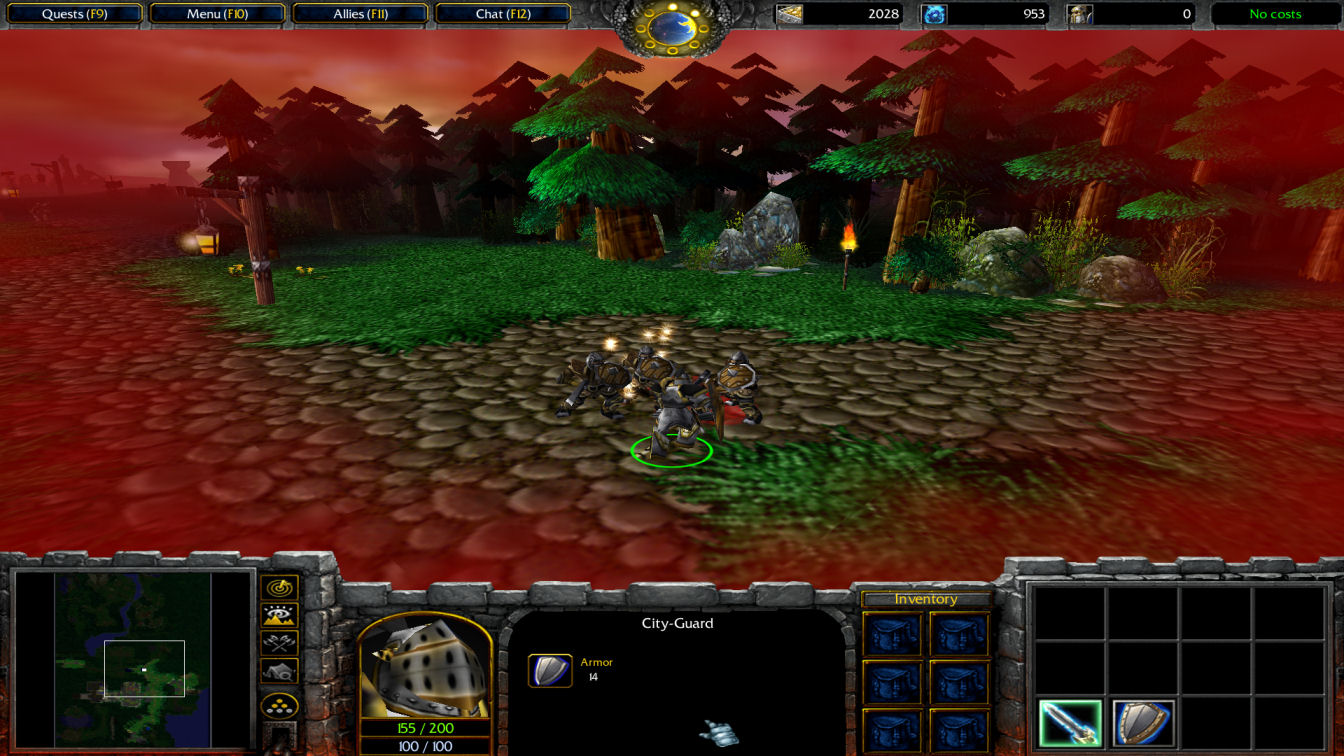 4. Forms of combat [NEW!]
- Additionally to melee combat which consists of good timing in striking and parrying, a bow can be obtained which enables the player to use ranged attacks.
- Ranged attacks are fired in the direction of facing and hit enemies in a line
- Your shots will always have a certain degree of inaccuracy to them, resulting in a 10° spread in both directions. 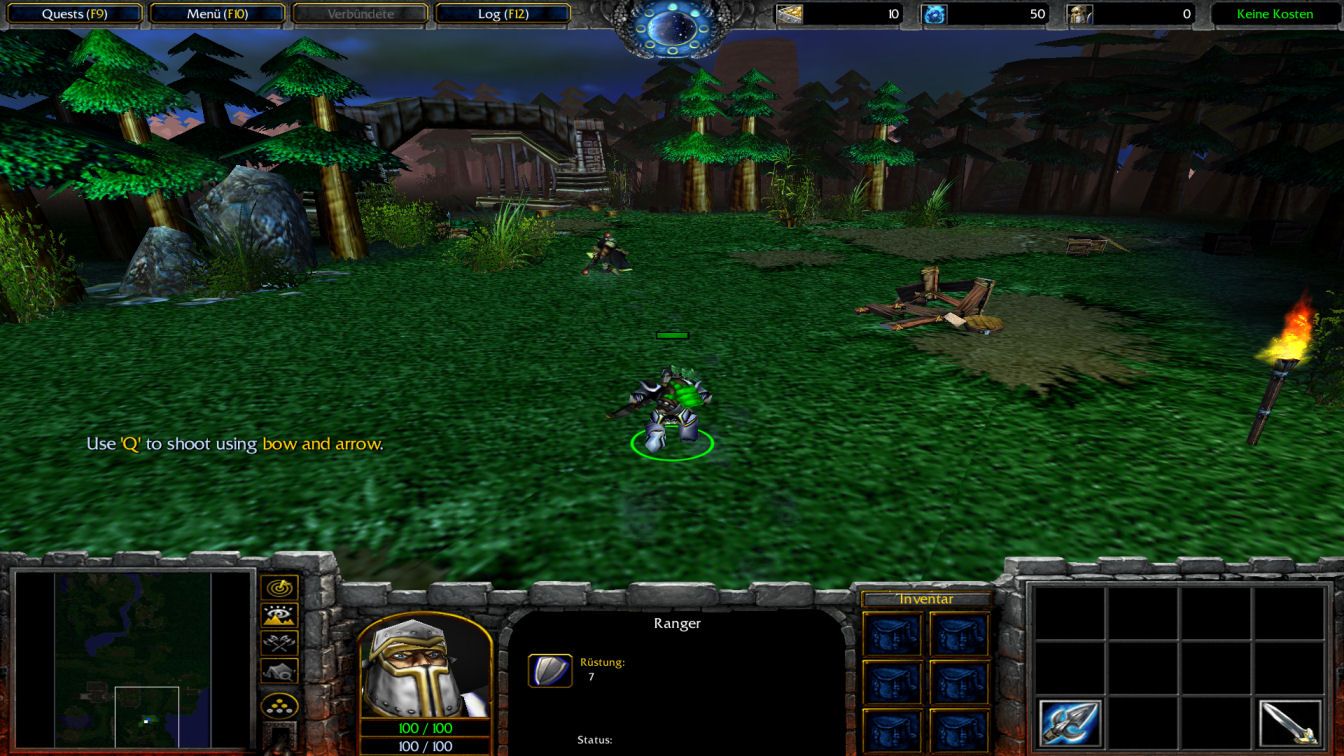 5. Improve your character
- Left-click certain NPCs to open a dialogue that lets you improve your skills.
- Skill points are earned by defeating enemies. They are displayed to the right of gold in the interface
- Focus on ranged or melee skills depending on faction choice and personal preferences 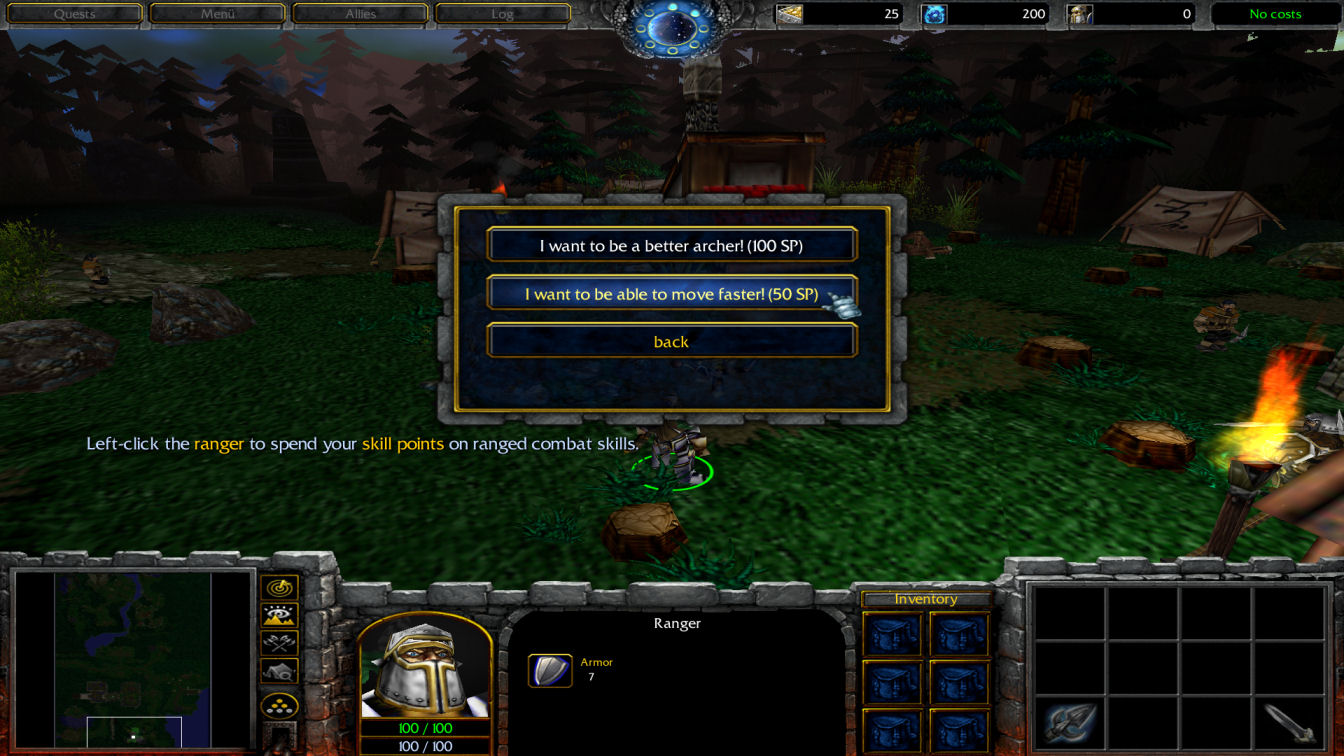 6. Choose a guild! [NEW!]
- At one point in the game you will have to choose a guild. Each guild has a different ideology and abilities to offer.
- Choose carefully. Once you have joined a guild you cannot undo your decision. 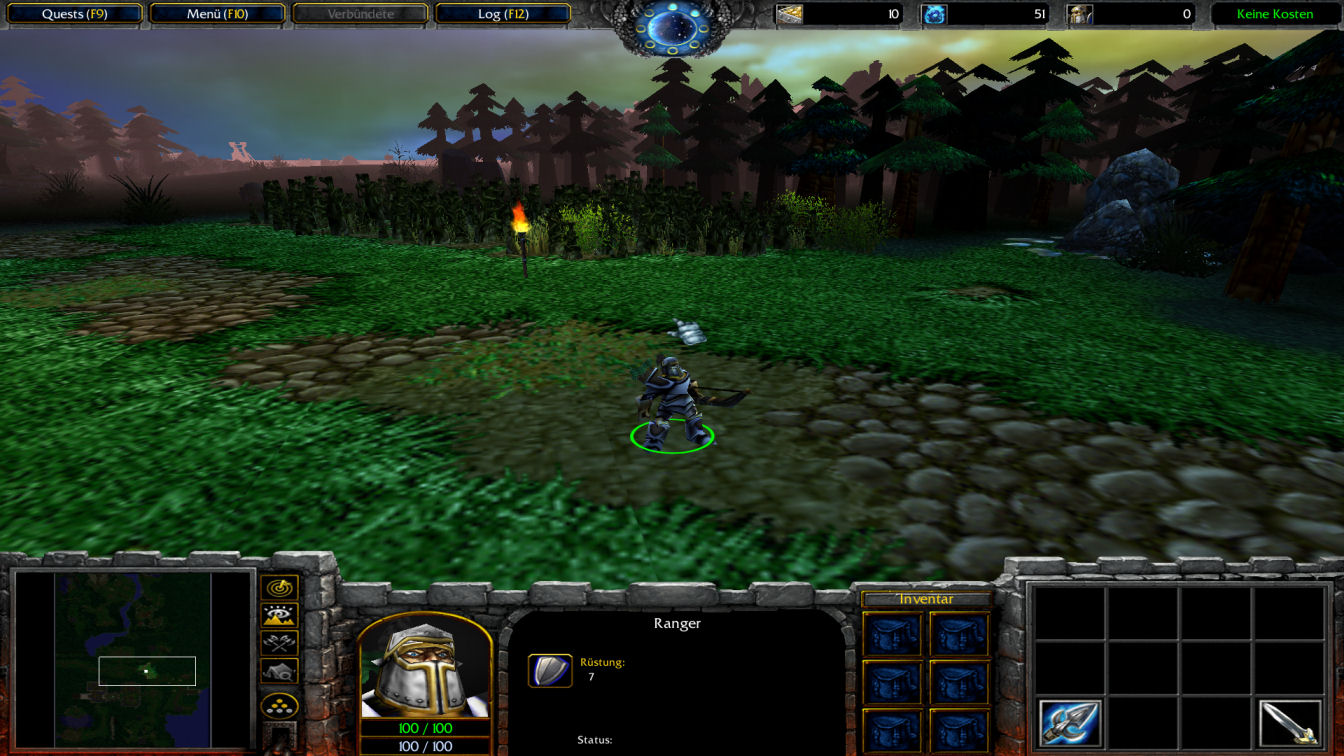 7. Dungeon Exploration [NEW!]
- There is sublevels which can be entered at certain entrance points.
- Each sublevel is connected to the big main world.
- You will be given an opportunity to return to the village from the previous map. (Don't worry you don't need to have played the previous map to get along) 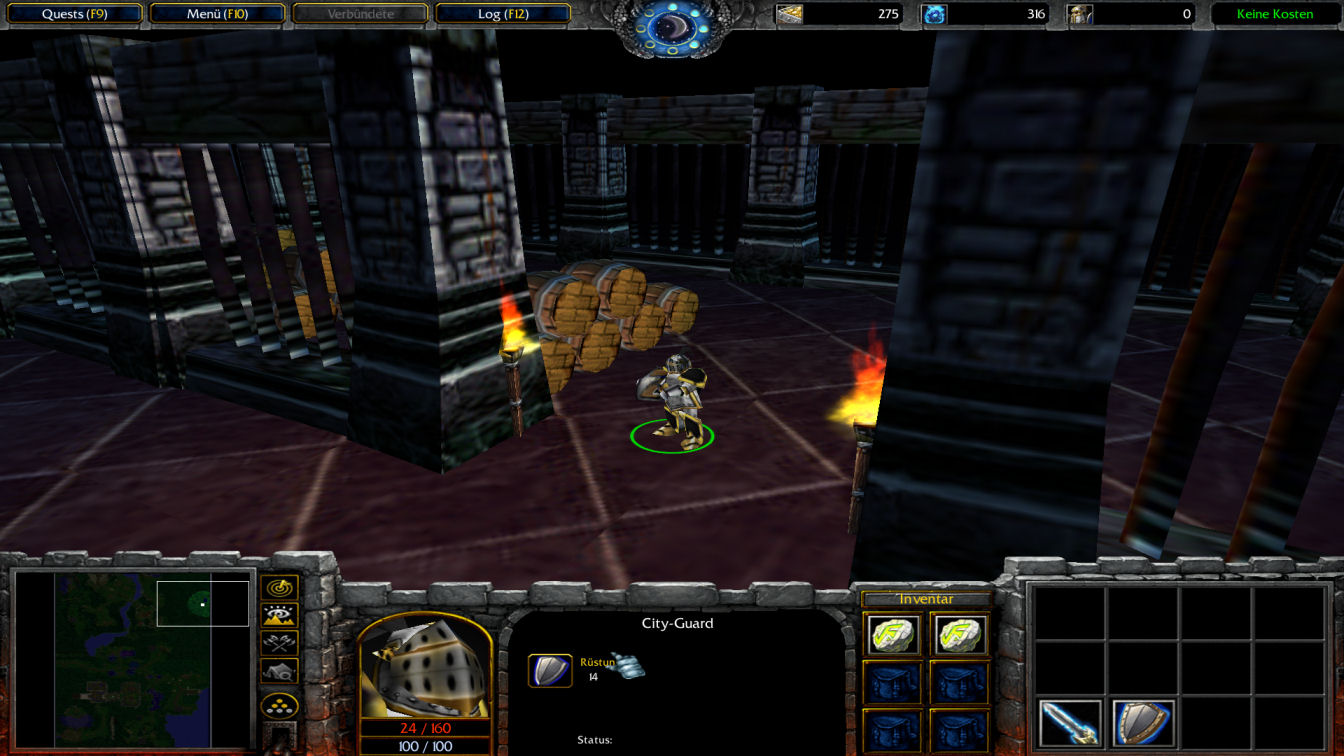 8. Open World
- The world is relatively open with enough space for exploration; certain areas will be inaccessible in the beginning, though
- The story line will lead you to different areas and unlock new parts of the map as your quests lead you there. 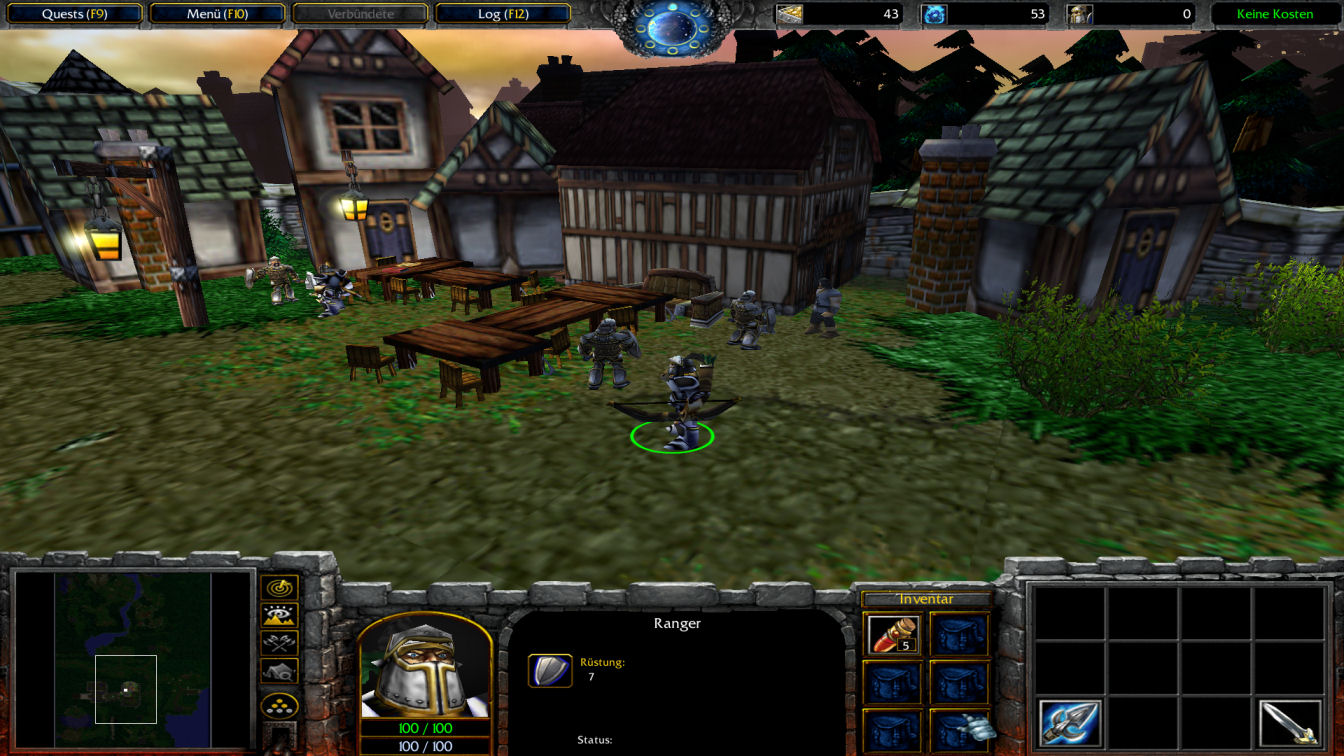 9. Multiplayer!
- 2 player multiplayer supported and tested.
- Fully functional skipping of dialogue sequences: if one player presses [Esc] the other player will be notified that [player's name] wishes to skip the cinematic. If the 2nd players presses [Esc], too, the sequence will be skipped.
- Hours of gaming: it takes quite a while to finish this map! 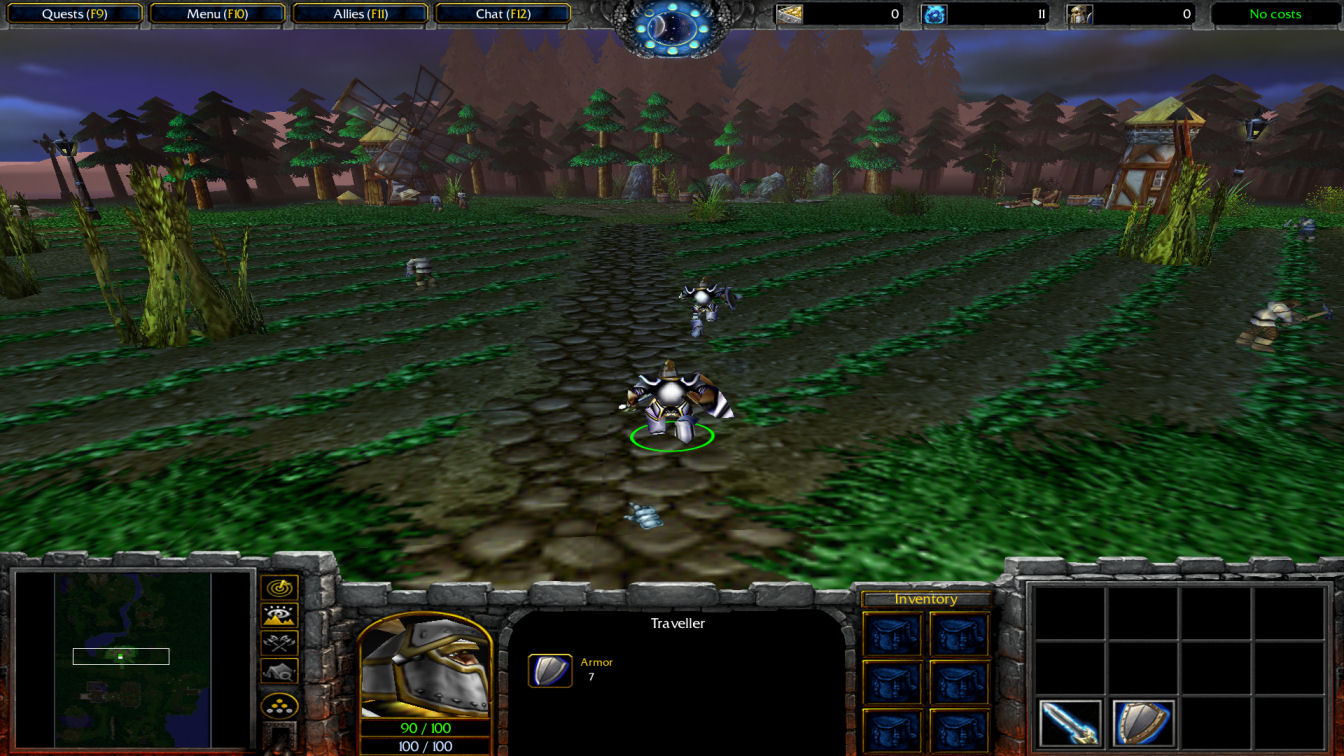 ...I thank the following artists for sharing their resources with everyone: