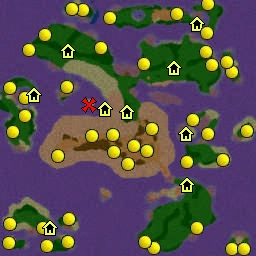 Map Info:
This is a rather unique world war 3 map in that there is a lot of water. This means boats and flying units are used much more often than they would normally be.

However, if ffa is more your jam, you can spawn on the some of the outlying islands as well. Generally, outlying islands are more isolated (easily defensible) but have less space to place unit production buildings. Image Description:
One of the neutral troll camps. Above it is a couple of captureable shipyards (This is the only area of the map with 2 next to each other. 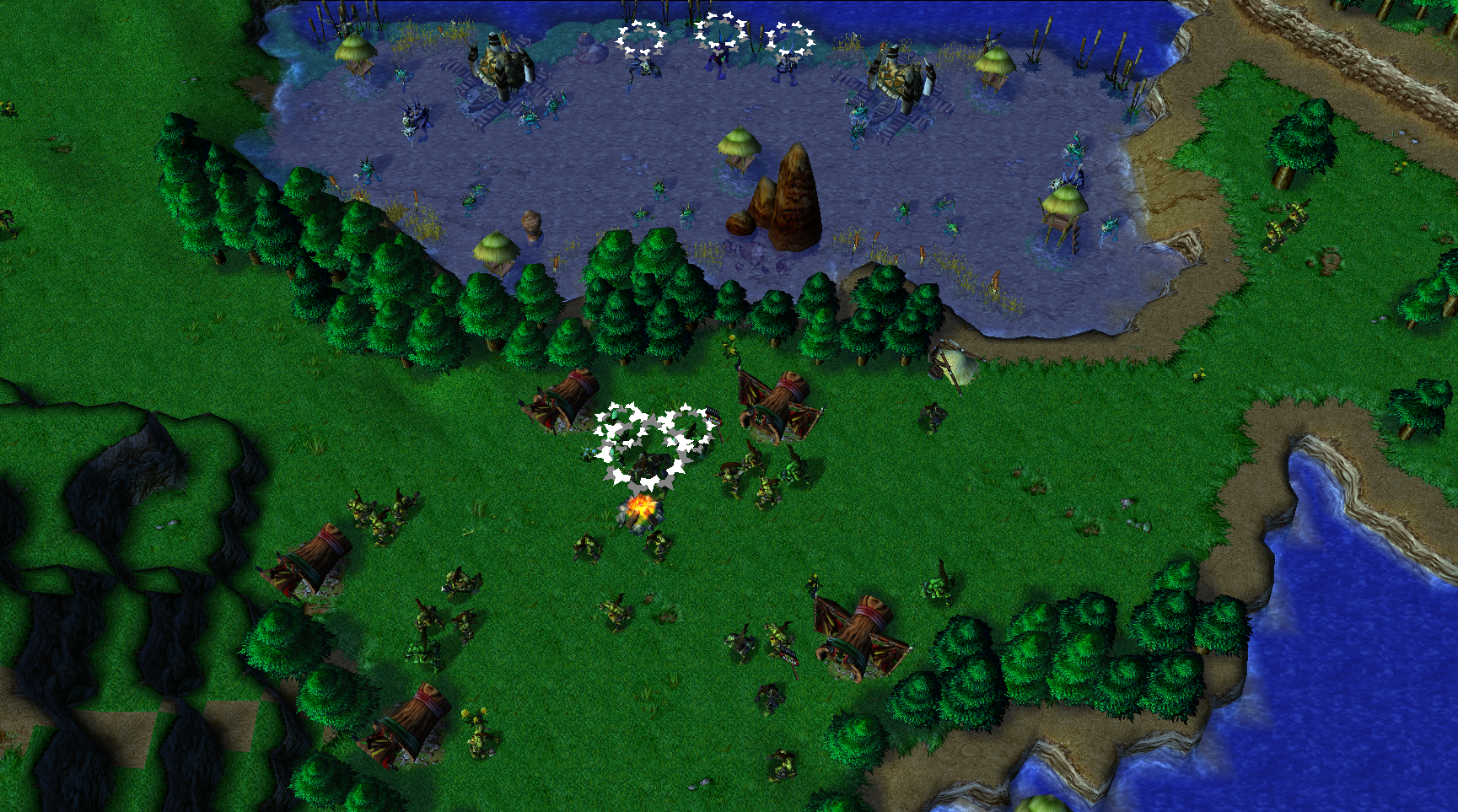 Image Description:
One of the neutral ogre camps. Image Description:
An early-stage player base Image Description:
Some combat against the neutral creeps 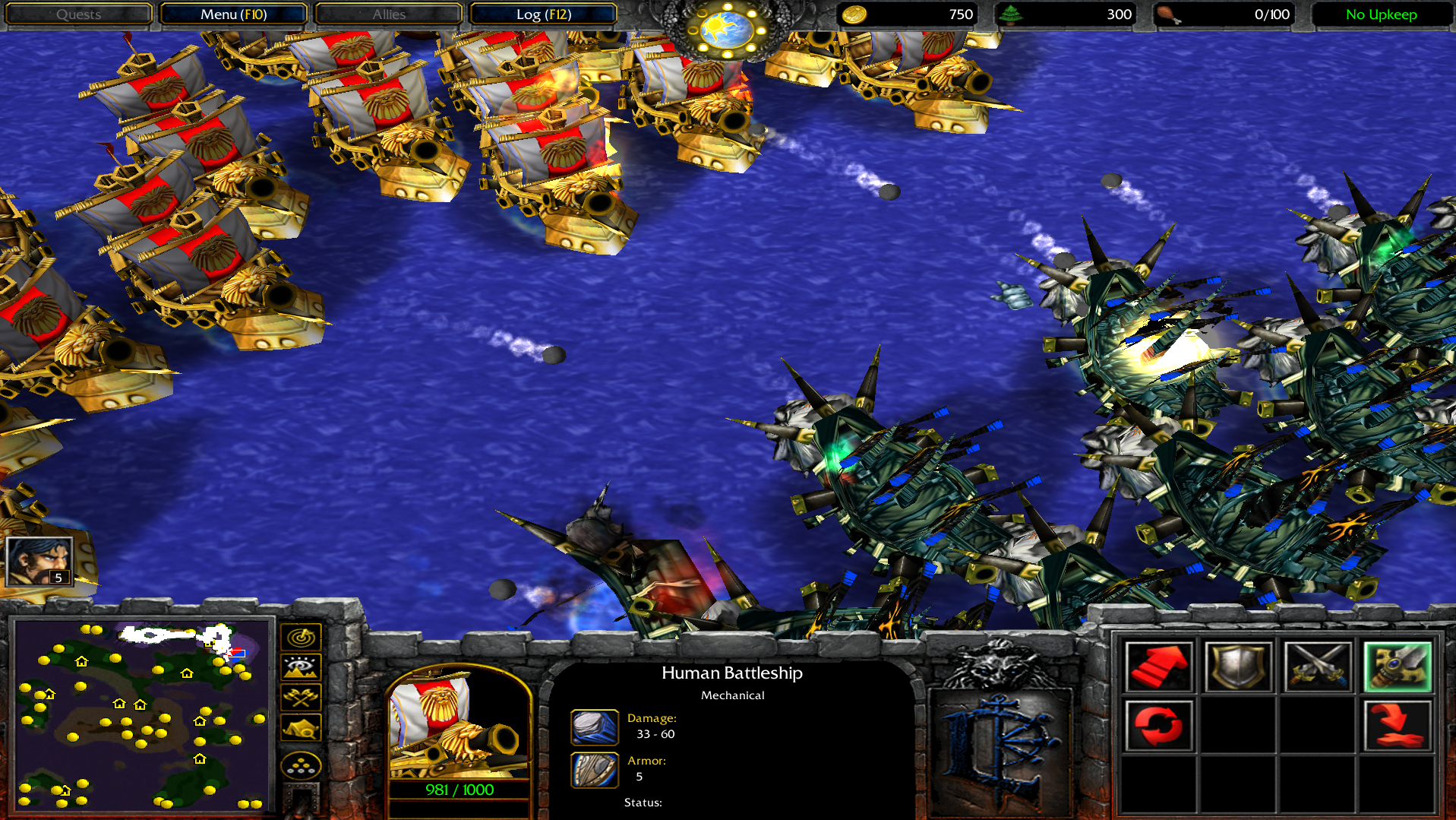 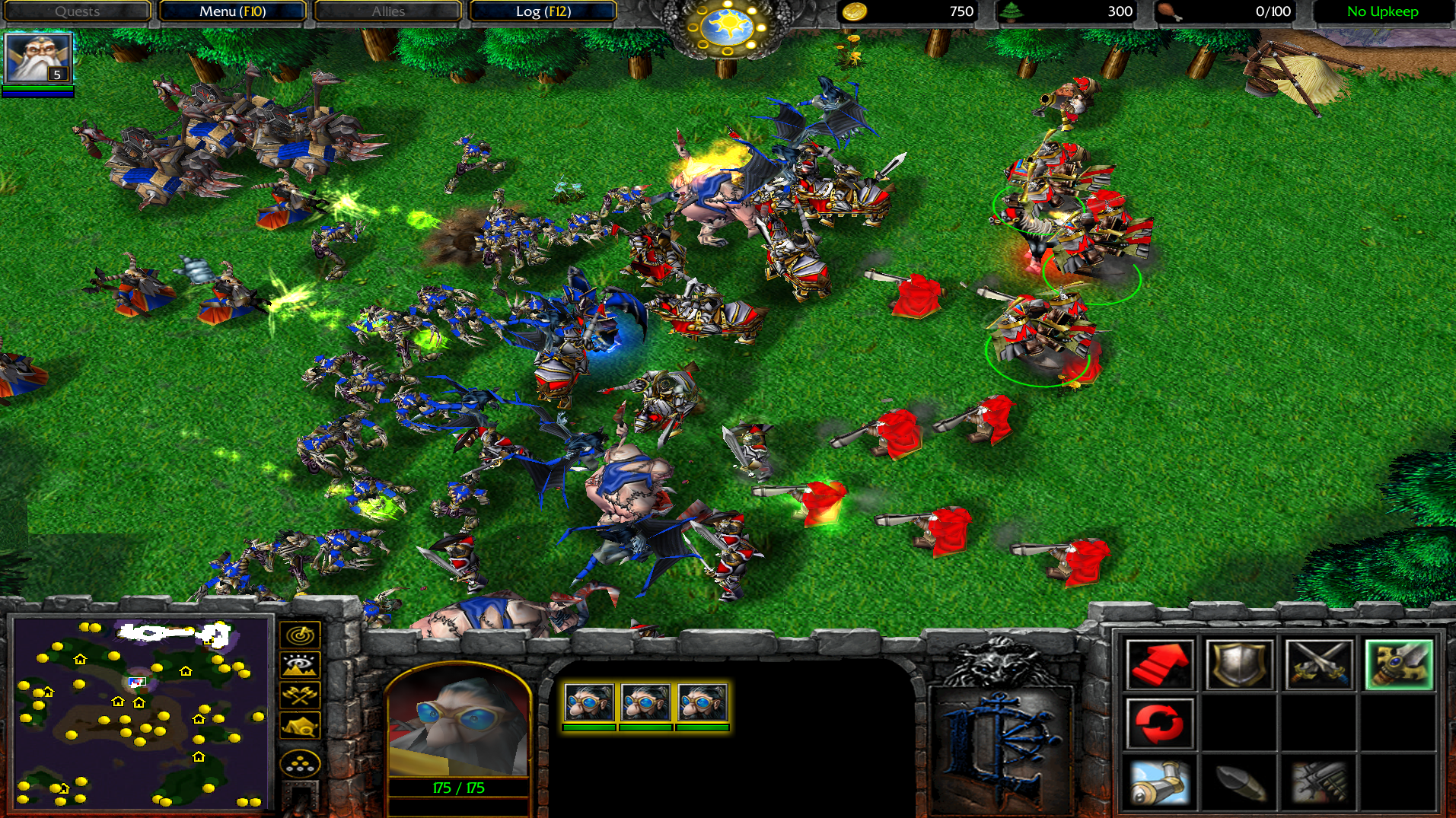 I originally made this map for family. Figured it would be fun to play online though, so I decided to upload it. I think this is the first map I've ever actually completed too, which is pretty cool.

Versions before 1.2.1 will not be available, don't worry. You're not missing much.

Map Info View Resources In Use Preview Triggers
Reviews
16:09, 8th Oct 2015 StoPCampinGn00b: Alright, the main reason for the map being set to needs fix is because it's considered to still be in the BETA stage or even production stage. "4 default warcraft races, more in future" By rule, beta and below...
Read full review...

16:09, 8th Oct 2015
StoPCampinGn00b: Alright, the main reason for the map being set to needs fix is because it's considered to still be in the BETA stage or even production stage. "4 default warcraft races, more in future" By rule, beta and below maps are not allowed to be approved unless the map is late beta and or very high quality.

One you add a few more of those, then the map may be able to have a chance to gain at least some recognition compared to other strategy and altered melee maps.

Secondly, the terrain is borderline unacceptable. Probably unacceptable to most people subjectively. Please improve it in any way, at least a little bit. Some things you can do is to create more tile variation and add more fitting doodads.

Good luck and happy Hiving! Once you update the map, it will appear to the public again.

Maps 1
woops. well, ill get some actual gameplay screenshots in there right away.

Skins 2 Maps 2
I tried it and it's fun.Could use additional features but overall it's good.

I vote for approval.