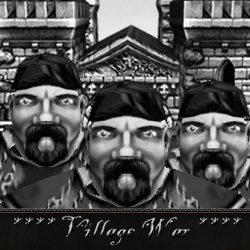 This map like a Strategic map. Your objective is build production units and destroy the enemy village with your villager units. For more information, click F9 (Quest) on the game.

If you see any bug or error, please give the comments.