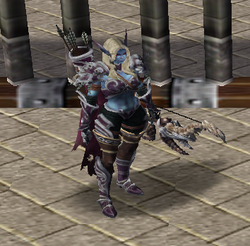 This is another Sylvanas Windrunner model, this time from Reforged. I'm actually using the upright Beta version uploaded by Retera, which I ported into Classic using his model editor. But I also included the Stand animation from the retail version of Reforged as 'Stand Alternate,' in case someone wants that instead.

The main changes I made:
-Removed her hood and extended her hair. Even though the hood is iconic part of Sylvanas, I thought it would be neat to have a version without it.
-Retextured the eyes to simulate the red glow, since only the diffuse layer can be used in Classic models. 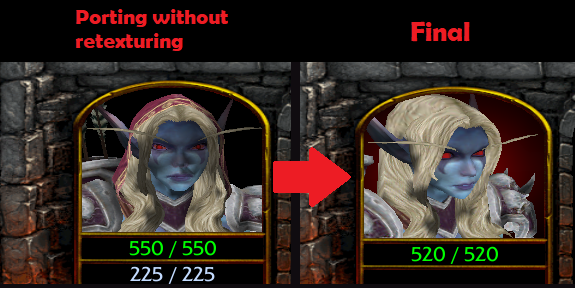 -Fixed the bowstring animation, which messed up because skin weights don't work the same in Reforged and Classic.
-Removed useless and duplicate animations, and repurposed some 'Cinematic' animations as portrait animations.
-Added lighting to her face to fix the shading there without having to make the material unshaded.