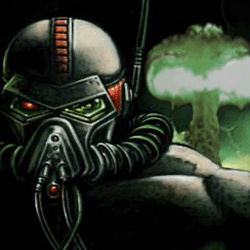 Yet another zombie shoot them up survival map with an IQ requirement of 1? I do not think so! In fact this is the very opposite, where you have to use tactics to outcome physical power and brains over brawn.

Welcome to SWAT aftermath, one of the greatest and most well thought through and bug free maps ever created. The current versions of this map are of near unmatchable quality and few flaws can be pointed out by even the best of testers. Once into it, it will provide at least a few games of enjoyment even for players who are not fans of the genera of this map but on average you will easily find your self getting addicted to this map and even forgetting about other maps.

Basically like all maps of the type, survival is a must but on top of that you must complete 3 objectives to win. Do not think this is a cake walk thou, since mobs are more aggressive and smarter than your normal mobs in other maps and, on top of that, they can 3 hit kill you with easies. Worse still, they can even spawn behind, next to or in front of you from the various buildings around Recoon city and to make survival even harder, insane bosses will try and rip your hearts out with 1 hit kill damage.

Do not think how ever that is enough to stop you since, after all, you are the SWAT team. Your latest and best survival system is your Nanites, which will reduce the damage you receive by draining your power, even to such a degree that the strongest mobs will struggle damaging you. Who says you need to take damage in the first place, by letting other players take the damage for you, you can use your anti mob moves to an extreme efficiency making short work of the largest mob. To top all this, your also can use special class skills, which when combined with tactics and team work, become totally lethal to any poor undead opposing you. So those undead better be planning something bad in their graves, since otherwise they will be returning to them before they can even stand up.

The game has a complex character system that enables you to customize your hero out of 9 classes, 3 armor types, dozens of traits and many sub abilities. After completing games, you will be given a code which will reload your hero for action again, maybe even stronger than it was before. There are also multiple super items located around the city which grant you supreme power in the fields they help. With these odds do the zombies even stand a slightest bit of a chance against you!?

Sadly yes, since they have one weapon with them that you do not, the difficulty setting.
Normal difficulty is easy, even newbies will find it pretty easy to get used to and to be able to win if they work as a team.
Hard is where the noobs get separated from the pros. Although still easy, you can no longer joke around in it unless you really know what you are doing.
Insane is not for anyone without a plan, careful organization and team work is needed to win this difficulty, and even still victory is not certain.
Nightmare is for the pros who want a challenge. Not only skill is needed but luck also since the zombies are infinitely superior to those even seen in hard difficulty.
Extinction is for the homicidal pros who want a near never winnable challenge. Only with the extremist of luck, the best of playing skills and the most "l33t" build of SWAT team will you be able to win this near impossible difficulty.

Your objectives are, reduce the radiation levels, as quickly as possiable to avoid over exposure. Revive some undead zombies by pumping them with drugs and shipping the civilians formed back to the capital. Finally restore power by feeding enough energy to the failed reactors to get them going again. Order of the objectives is not important but do not think Umbrella will let you through with this that easily. When you least expect it they might send their latest toy, the Tyrant to gut you where it really hurts or worse, their mega elite commando platoons equipped with the same weapons and training you are using . You also may have to sell hazardous containers around the city to A.B.M.s so that the radiation levels can be lowered, but this does need power first.

Although no Player verses Player (PvP) is in this map, you do have a survival mode where you have to just survive with no tasks. This is still not easy thou.

May your team be blessed and your undead foes cursed.

---[Tips]---
Nanites are crucial! Turn on the mana shield like spell (spell icon located in middle row second to right box) ASAP or you may find yourself pushing up the daises rather than your living-dead foes.
Always play on normal if your playing with no one who has played before until you know how to play decently and some of the more advanced tips of this map as hard is still easy but not that easy.
Be kind on other beginners since you were also one once, although some may not be at all suited to play this game.
Maxing nanites is the only way to be able to receive a decent number of hits before dying. This also leaves you with more mana for abilities if accidently hit.
Lead your group carefully, you can easily get surrounded and butchered if not careful.
Rather run and fight another day than fighting and being killed.
Do not solo unless you know what you are doing, this is a team work game.
Code rank does help, keeping codes is recommended.
Ammo upgrades are finite, choose who to use them wisely.
Watch out for living dead spawning underneath your feet while inside rooms. Countless have perished in this unforgiving way.
Most important of all tips is to work as a team. This is a team game and so being selfish will be your downfall.
------------------

This download is provided and kept up-to-date by The Hive Workshop.

If this download is not up-to-date, please inform a moderator to update it.

Moderator
Dr Super Good: A very good map, played hundreds of games of it and still am not bored of it. Easy to learn and very fun, this definatly is a must play type of map, atleast to experience a well made map.
Read full review...
Reputation Statistics
Page 2 of 5
Show Ignored Content
Page 2 of 5