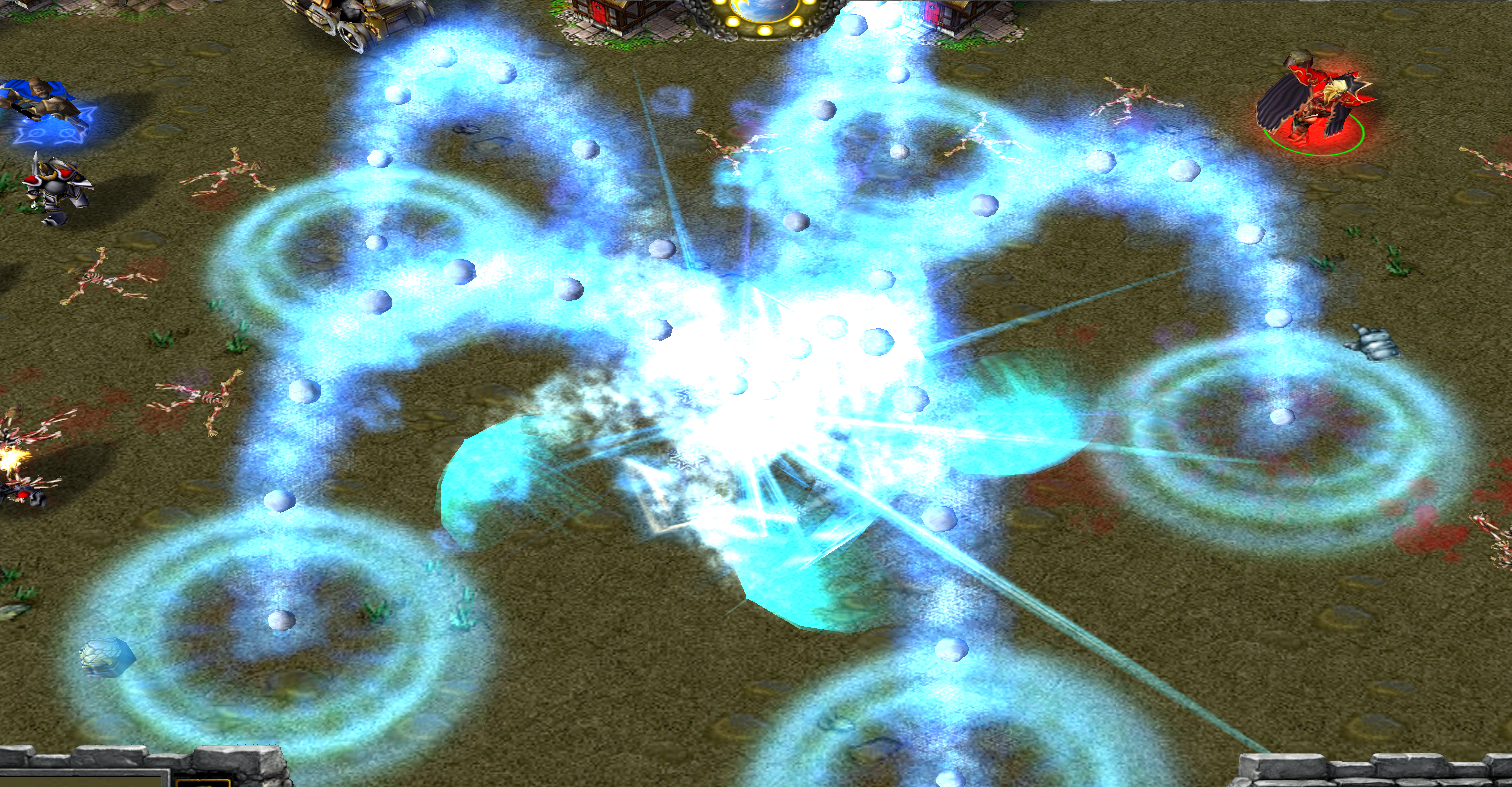 It is not clear in this image but try to test it in game. SnowballRotation = True ( Configuration Trigger )

THE NORMAL FOUNTAIN OF DEATH! ( These angles are privately modified into 270 degrees for better viewing ) THE INSANE FOUNTAIN OF DEATH! 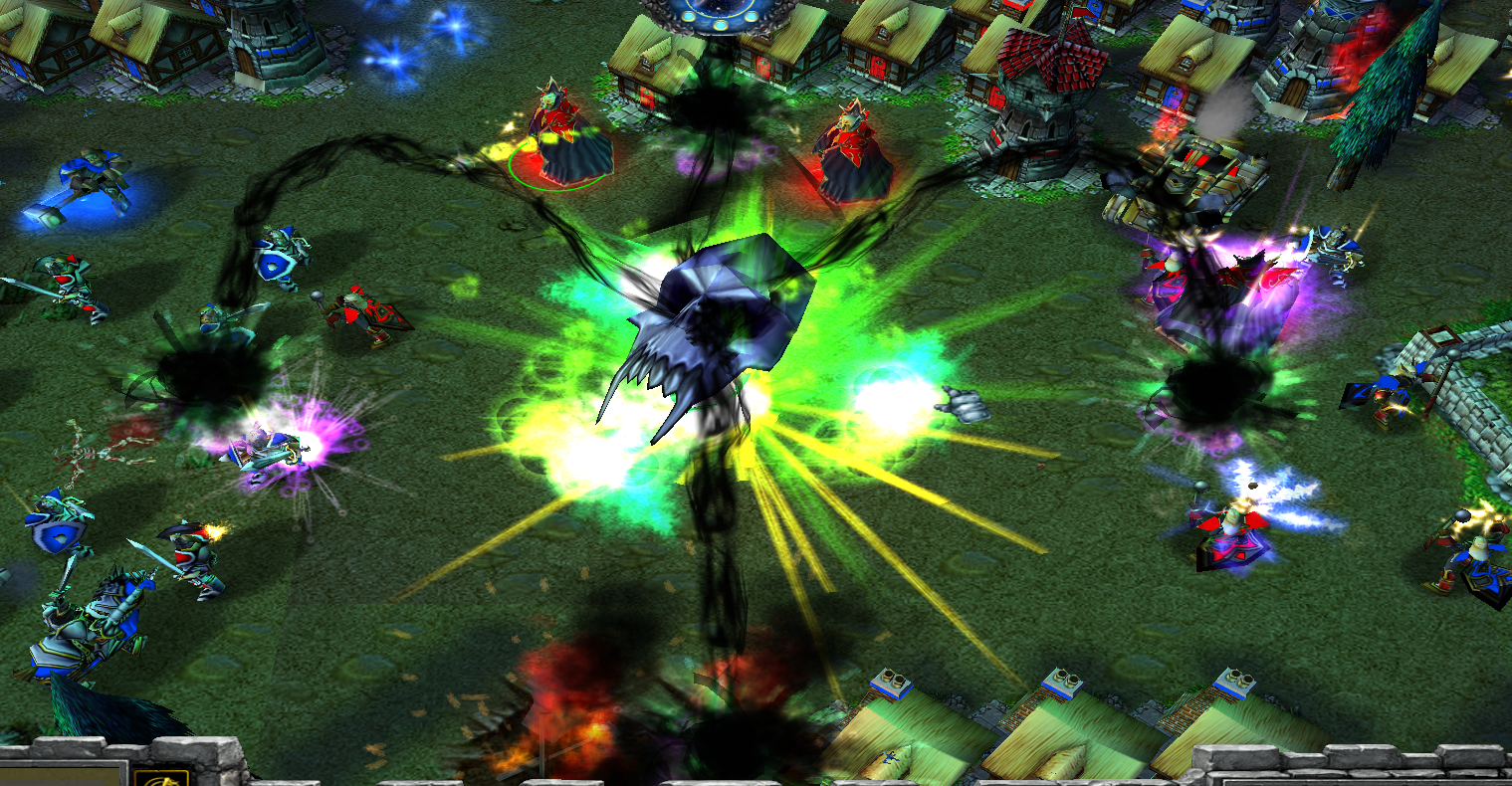 THE DISASTROUS FOUNTAIN OF DEATH!!! 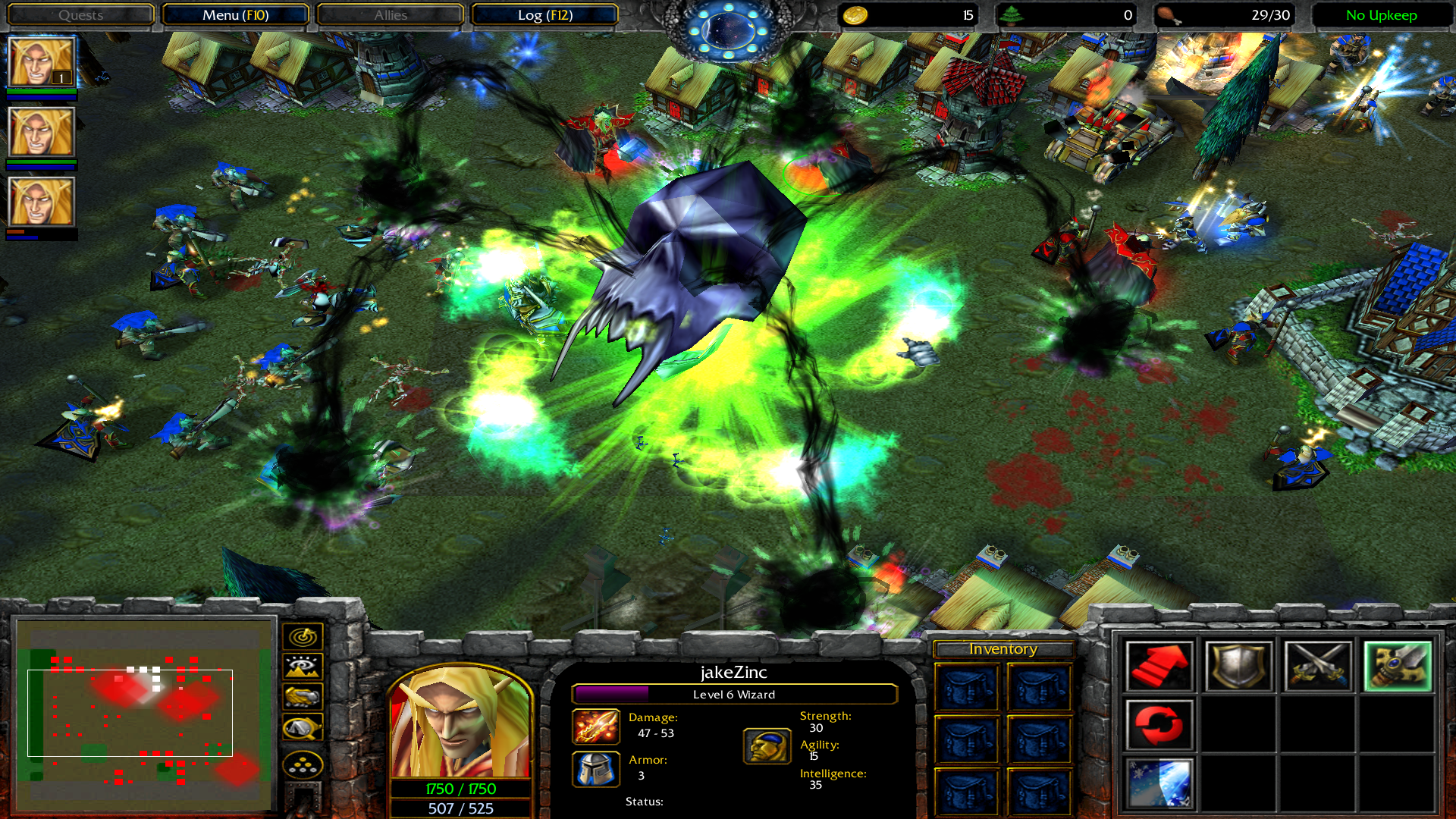 " Fun to cast and watch the fountain of snowballs! "

" Useful for snow DESTRUCTION, ( as the damage includes structures and mechanicals ) and for WINTER BOSS ULTIMATE SPELL"

Just PM/Contact me if you have relevant issues in this spell.
Contents

KILLCIDE
Ahh yes, a much cleaner damage filter :D screw all those unneccesary If/Then/Else! The code looks good, extensive and descriptive configuration trigger, and awesome spell effects. The only downside I see with this spell is the amount of lag it...
Read full review...

Spells 14
The fountain of death is perfectly modified, my spells are friendly in configuration so you can modify the spell base on your flavor or style. ~Have Fun!
Currently the version is v1.0a ( minor change about the fountain angle )

Models 2 Icons 10 Spells 7 Tutorials 1
Another awesome spell concept by jakeZinc. However, what is a spell submission by jakeZinc without addressing issues with his other submissions
I do rather love the extensive configuration and nicely documented code. However, I am still confused as to why you mix a lot of Jass and GUI The use of FirstOfGroup() is fine, but it becomes really hard to read when you mix it with GUI If/Then/Else. They look like a wall of black text. This applies to your previous 2 submissions as well.

Spells 14
I'm glad that my current spells are finally getting a review. Thanks Killcide,

- About preloading, Ill change that. ( lol didnt notice that )
- About the tree revival, Ill just delete it instead since it gives the users some errors.
- About the model attachments, Ill add that in configuration. ( I thought origin is the only attaching point of dummy.mdx )
- About the recalculating issues, Ill try that.
- About the 1 multiplying to Cos/Sin, Ill remove that. ( I dont know either why I did that xD )
- About nulling global, I cant find anything wrong with it. ( but ill just remove it as you said. )
- About the if-nests inside the GroupEnum loop, Ill try to shorten it or change it to filter func. ( Those structure of condition configurations are wrong by the way ( my fault ), sorry for that wall of text xD )

-About the DummyRecycler, Currently I have no JNGP ( I use Vanilla Editor ) and is the reason why It is GUI.

Ill update these spells as soon as possible, after this snowball fountain gets approved Ill submit my developing spell ( a spell that gaves me the true meaning of busyness ).

* Now preloads effect variables instead of manually writing it.
* Removed Tree Revival system. ( causing launching errors )
* Added a configuration of effects attachment.
* Added an init calculation on snowball angle, ( frost portal missile angle didn't work after calculating it onInit ( don't know why but It can be fixed by allocating this angle onCast and it forces me to create an array variable instead. )
* Removed the multipled itself of Cos/Sin.
* Removed nulled global variables at recycling.
Last edited: Jul 23, 2016

* Added an ability max level configuration. ( for calculating purposes and etc. )
* Also preloads the ability and the dummy unit.
* Changed the array angles into non-array variable. ( allocating them is useless. )
* Initializes the calculation of both angle in initialization trigger. ( prevents recalculating issues. )
* Added a note that the amount of dummy units ( snowballs, missiles ) != 0 to prevent problems.
* Added a function that prevents leak in GroupEnumUnitsInRange func.
* Changed native unit coordinates into widget. ( faster )
* Reduced lags. ( it still depends on the modification of the user. )

jakeZinc said:
-About the DummyRecycler, Currently I have no JNGP ( I use Vanilla Editor ) and is the reason why It is GUI.
Click to expand...

Just to let you know, it also comes in JASS version so it can still work without JNGP.

Models 2 Icons 10 Spells 7 Tutorials 1
I only see two minor changes I would like to see changed and then it is ready for approval:
Set to Awaiting Update.

KILLCIDE said:
I only see two minor changes I would like to see changed and then it is ready for approval:
Set to Awaiting Update.
Click to expand...

The code looks good, extensive and descriptive configuration trigger, and awesome spell effects. The only downside I see with this spell is the amount of lag it generates. The overall spell concept is also all right. I didn't take the time to look at all the variables you use in JASS, but look out for the possibility of any global variables that are only used in custom scripts. When users import this into their map, the global might not be transfered over, causing errors.

Approved with a 4/5 rating.

Spells 14
Yep but I believe that custom scripted global vars are already created in recycling ^^. ( I've planned putting a variable creator to my future spells )
You must log in or register to reply here.