Heya, it's me. Today I want to show you what I've been doing during my free time, yes I've been busy recently. This is the map I started back in June (2019), you probably seen some of the scenes already that I posted in the Media section two weeks ago, although most of them are now under re-work (renovating the structures and stuffs) because I never really liked how low-poly and unfitting the buildings are. The early screenshots I released in the Media section are the east side of the island, now this is the west side. The idea in this area is the trees are mostly orange and red which will make you feel like it's fall season but with dark atmosphere. The buildings in this area are also designed with woods and logs (Yes they all look generic I know) because this area is basically the slums area, while the east-side is where the privileged live.

You guys have been asking what kind of map I am making, during the beginning of the development of this map I had an idea of making a medieval-apocalyptic map, but i can't see the potential of it, so I decided to shift the to a LOAP - Survival - Shooter - Semi-RPG - Open World map with weird shit basically, it's a Sci-Fi-Medieval-Fantasy scenery (whuuut?). It also has a linear story. The map is epic sized (400x400) it will take you around 4 - 6 minutes to travel in circle on the whole island.

Lore: The island has been hit by an unknown object, those who have witnessed the event became lost their visions (extreme light), and those who didn't became blind from the truth and thought everything they have not seen before are miracles - this is why there are random glowing plants in the maps, and a UFO at the cave) 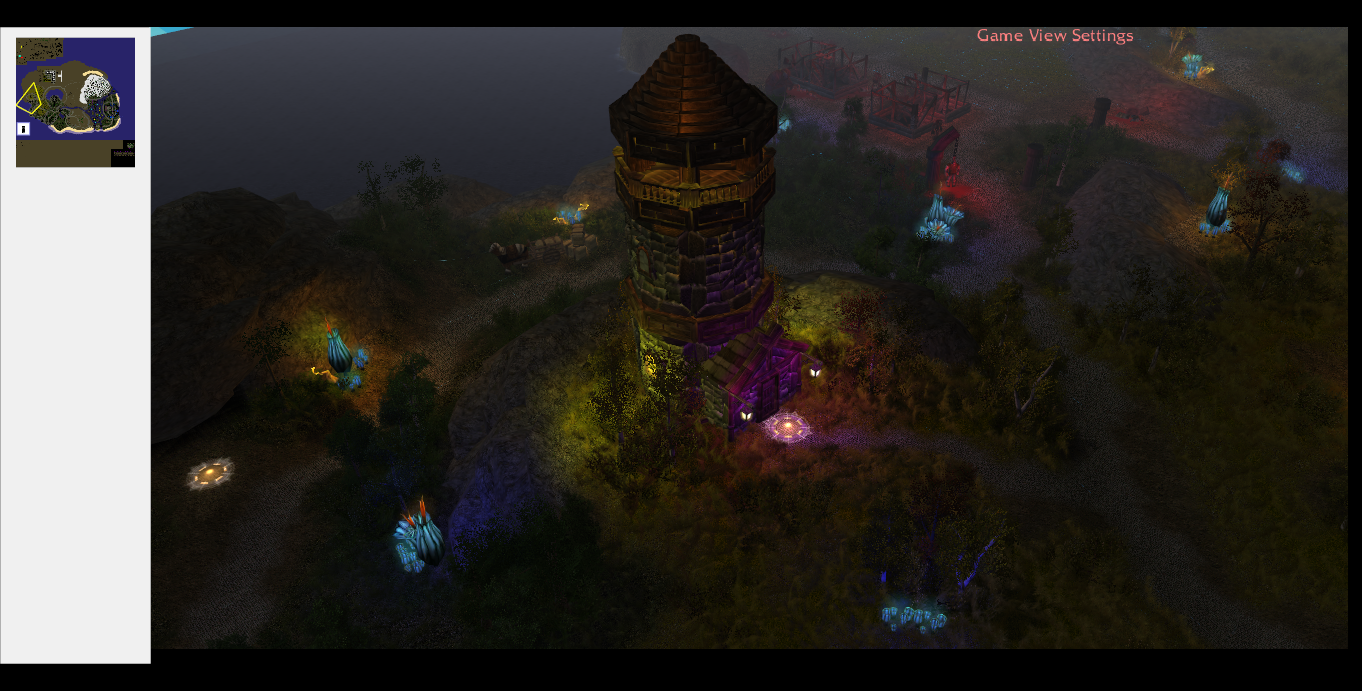 [The back part of the cathedral is not visible ingame camera therefore I never took much effort for the design. The back part is the third one.] 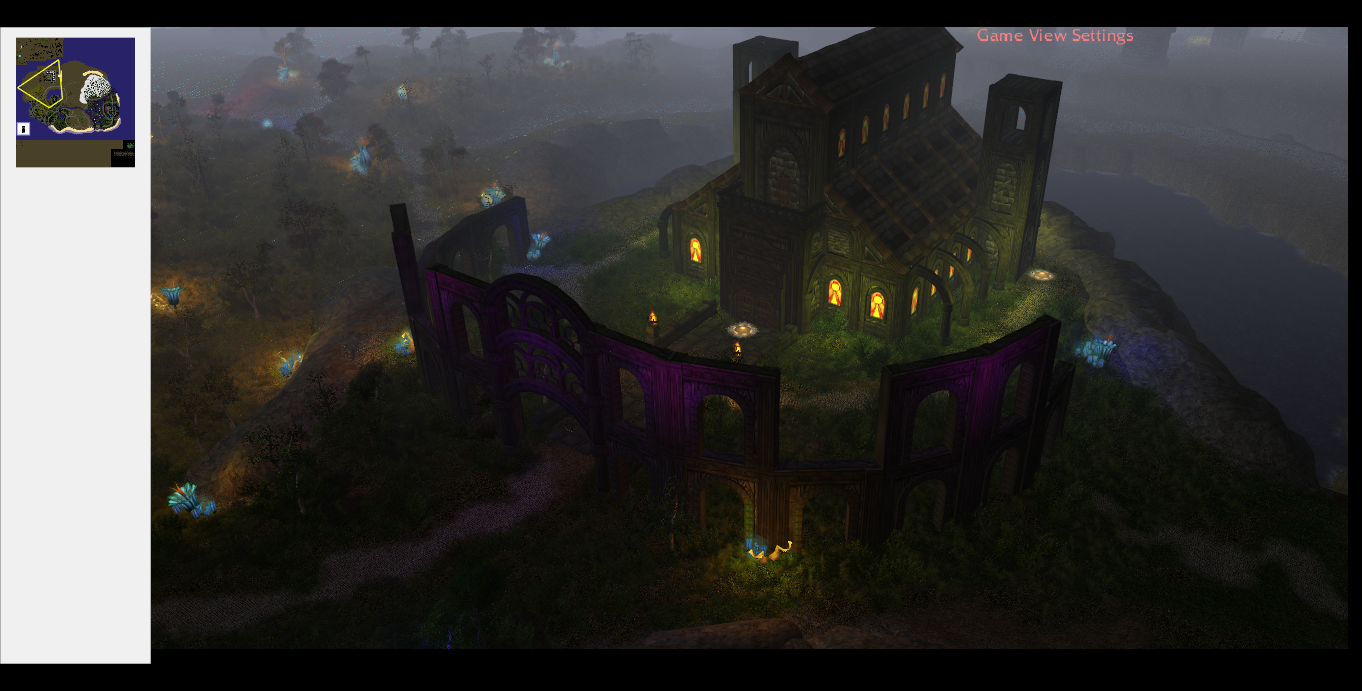 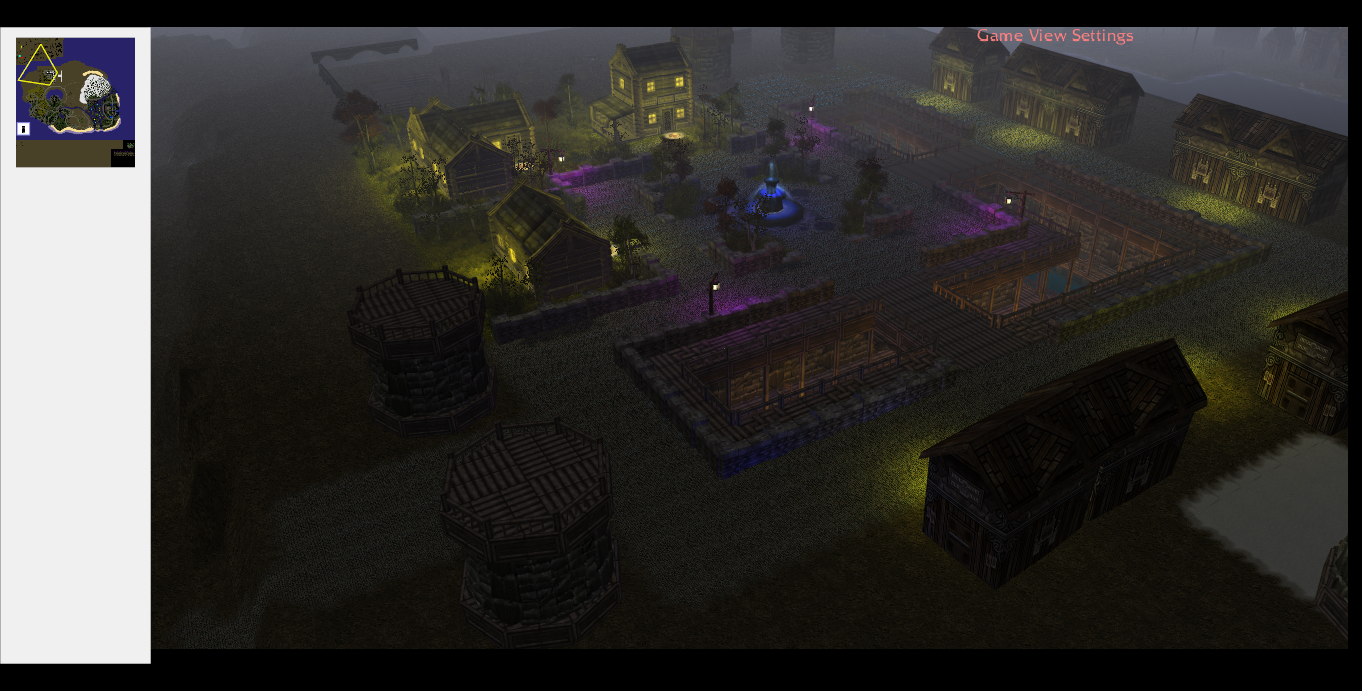 [The creep is a placeholder/temporary]

https://www.hiveworkshop.com/attach...1/?temp_hash=d12ec5e96ae207e16c1e14971ea6db2b
I will be adding more screenies soon, I'll appreciate a feedback. You may also give some suggestions and/or concept arts that you want me to replicate or use as reference (for example some scenes from Skyrim, or Dragon Age, WoW, or a random fantasy concept art from Artstation etc.)


• Why there are too many shrubs?
- The shrubs actually have purpose, it makes the main hero invisible when he's in the shrubs, like a camouflage/sneak.

• Why some areas lack lightings
- Because Warcraft III doesn't let me add more lights, the lights will glitch the terrain and objects, this is why the cathedral looks like - erm- downgraded).

For more screenies just follow this album instead. WIPS & Unreleased | HIVE or Gameplay Tests | HIVE
(Most of the images in this thread are already outdated)

Strydhaizer said:
• Why some areas lack lightings
- Because Warcraft III doesn't let me add more lights, the lights will glitch the terrain and objects, this is why the cathedral looks like - erm- downgraded).
Click to expand...

The limit is 8 lights per batch of geometry. The lights are auto selected by the engine from nearby based on some black box algorithm. Additionally lights for the currently selected portrait will be placed around {0, 0} on the map. This stems from the old fixed function pipelines of pre-shader 3D graphics which only had 8 slots for lights per draw call.

The limit is 8 lights per batch of geometry. The lights are auto selected by the engine from nearby based on some black box algorithm.
Click to expand...

Yeah I'm aware of that for years

Additionally lights for the currently selected portrait will be placed around {0, 0} on the map. This stems from the old fixed function pipelines of pre-shader 3D graphics which only had 8 slots for lights per draw call.
Click to expand...

Now this part is new to me, I guess I have to remove the omnilights in every portraits of every units in my map now. Thanks for telling me about this.

its all looking a bit boxy too me. maybe add some more organic shapes? add some extensions to the houses etc. maybe add some things at odd angles. so not just 0/45/90 etc.
Click to expand...

I wish I can put a diagonal pathing blockers in this game, but I did that intentionally so I can properly put pathing blockers and invisible platforms without wasting spaces (especially the houses, walls and the bridges). I also want everything to have those angles so that it will be easy for me to think of the parallel and perpendicular angles (let's say this wall is 45, so the other wall should be 225 for parallel and 135 for perpendicular).

[The arches in the cathedrals are curved tho ].

Edit: I don't want to add balconies (I already tried it), it just adds a blind spot to the players.

By the way, thanks everyone! I can't believe this thread will boom today, I also saw my work (this) shared in Hive's facebook page, whoever shared it, thank you very much!

Models 3 Icons 65 Packs 3 Skins 27 Templates 3
Amazing so far. Just post your progress alongside your posts if it's easier for you :']
You make the Terrain Jury proud >.>

Strydhaizer said:
I also want everything to have those angles so that it will be easy for me to think of the parallel and perpendicular angles (let's say this wall is 45, so the other wall should be 225 for parallel and 135 for perpendicular).
Click to expand...

This just sounds like a lazy reason to me, adding and subtracting 45,90 or 180 is really not that hard .

I've been making playable maps for over 10 years, and though its very easy to put everything on the straight and diagonal lines, it looks a lot better to add some more odd angles.
And ingame you hardly notice the sometimes funny pathing angles. +there is those new models to assist with that:
Convenient blockers

This just sounds like a lazy reason to me, adding and subtracting 45,90 or 180 is really not that hard.
Click to expand...

Yeah Im glad you mentioned that, I'm actually lazy at terraining, it's just the aesthetics that is fooling the viewers, little did they know it's a simple work. Heck I don't like pitch and rolling doodads either, you probably noticed that already. I've been developing this map for two months straight now and I'm getting tired of staring at this terrain everyday, which is why I am getting lazier (I feel like I just want this done so I can move on to something else).

Models 2 Skins 1 Maps 1 Templates 3 Ported Skins 1 Tutorials 1
Updated the thread. Alot of new (and final) screenshots added. I hope you guys like it

Models 2 Skins 1 Maps 1 Templates 3 Ported Skins 1 Tutorials 1
Just so you guys know this project is not dead it's just halted because I heard that Damage System and other systems are no longer functioning in 1.32. Until we get the a fix to the systems I used here then I will continue this project.
Last edited: Nov 8, 2019

I hope you'll finish it, because I truly would love to take a stroll around those beautifully composed maps ^^

Oh, and, where'd you find the clock model for those clock-towers? And the tiles, what tiles are those?

Did you make any of the assets yourself? Do you make assets?

Models 2 Skins 1 Maps 1 Templates 3 Ported Skins 1 Tutorials 1
I'm pretty I got that clock from here in Hive, I guess it was made by Sindorei. Some of the tiles are made by Fingolfin, I saw it deep in the forums.

And the rest of the tiles are made by Nan0.
► NanO Tile Pack

I did some slight magic to make it all fit altogether, like resizing the all tiles to 256 (since it was very inconsistent - some tiles are 512 and some are 256) and a lil bit of recolor/decolor.

By the way, these links deserve a bookmark in the Terraining Guides thread, Kei.
Last edited: Nov 23, 2019
You must log in or register to reply here.