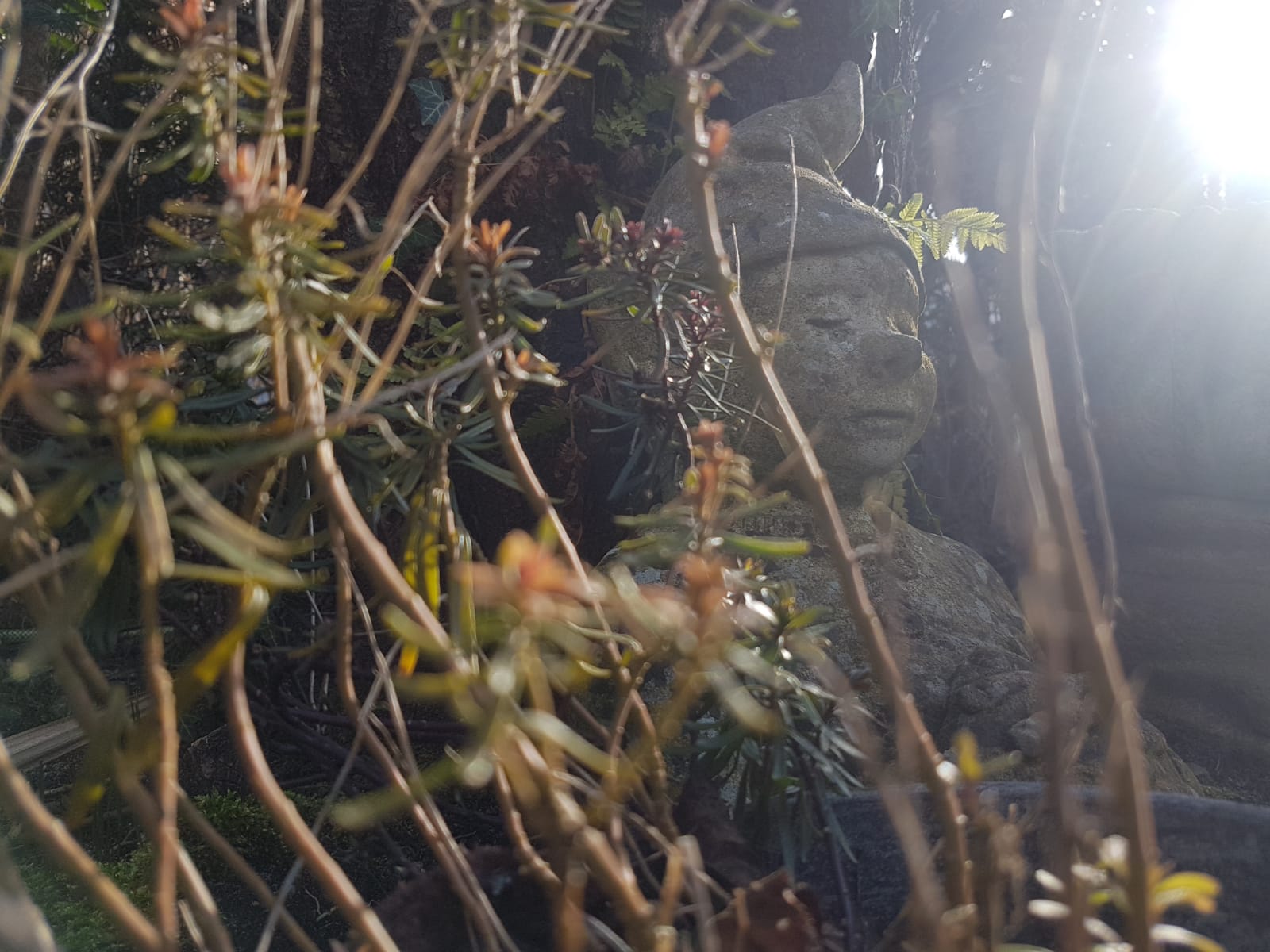 ..a tricky TD war between 2 teams with a lot of possibilities!

Waves will spawn with 1 hitpoint getting healed while passing the allied lane.
Now the healed waves will spawn on the enemie lane, where they have to be killed before they reach the end. Each team has 35 lives! type -info ingame, to get a list of commands and information!

Use the camera zoom slider on the left side of the unit portrait, to adjust camera height easily! 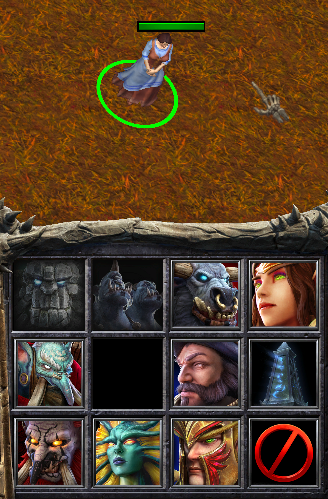 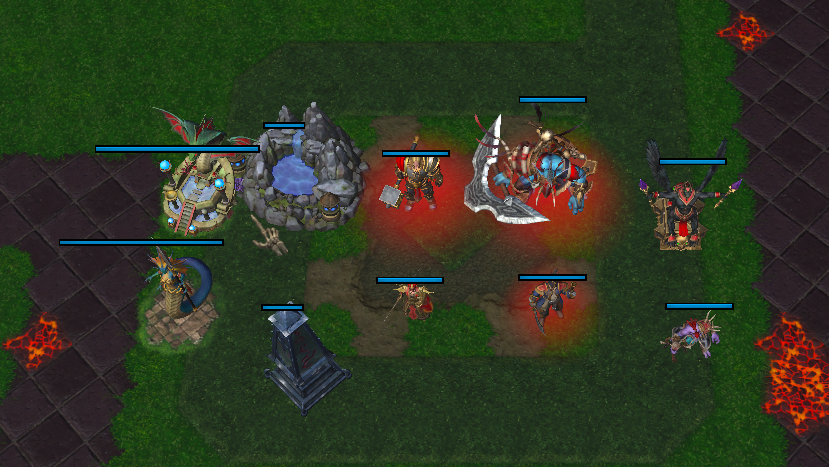 All towers with Ultimates behind.
..Can build buff towers 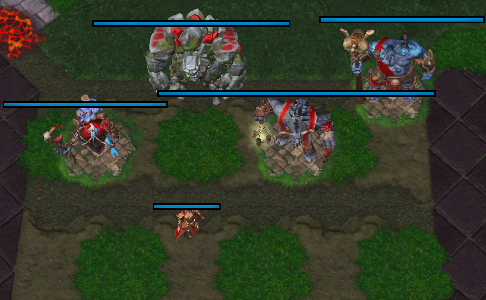 you have to build a basic tower first, to upgrade it into: 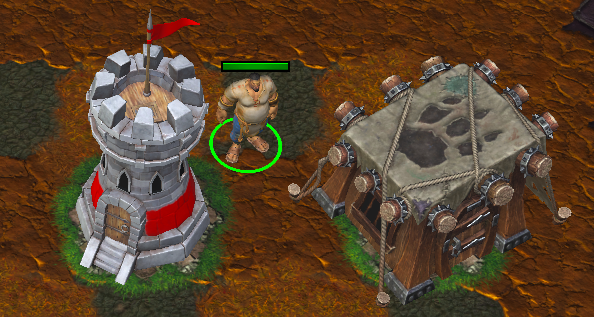 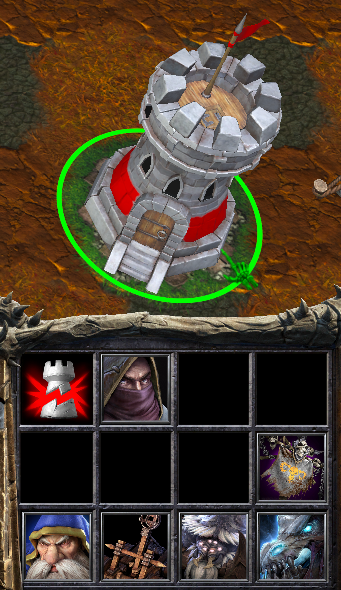 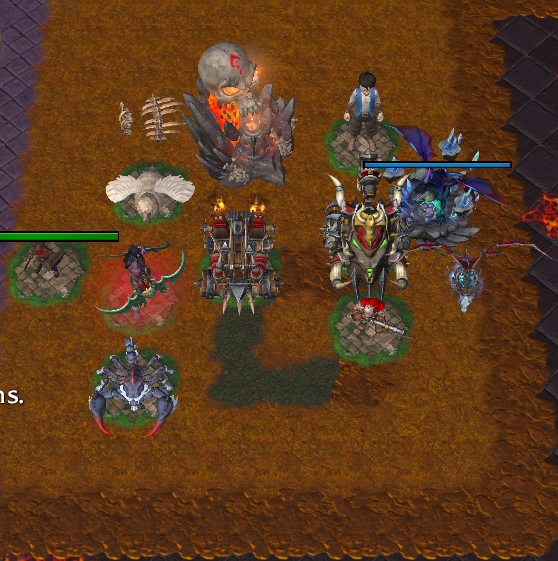 All towers with Ultimates behind.
-„Telement“ and upgrade it to 7 different elemental towers! 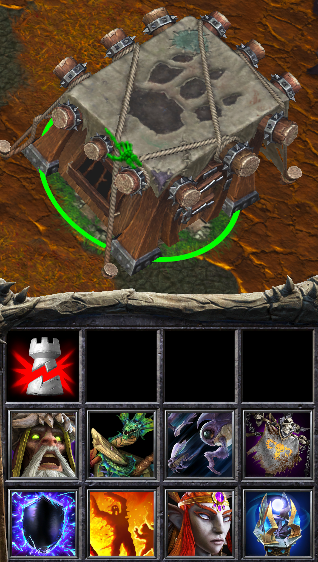 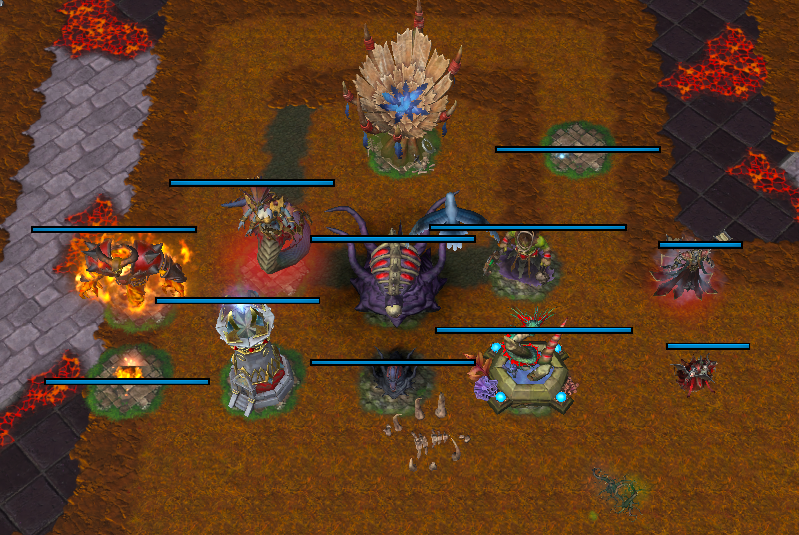 All towers with Ultimates behind.
..Can build special towers 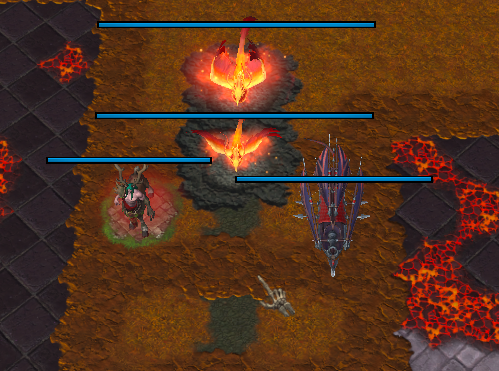 All towers with Ultimates behind. 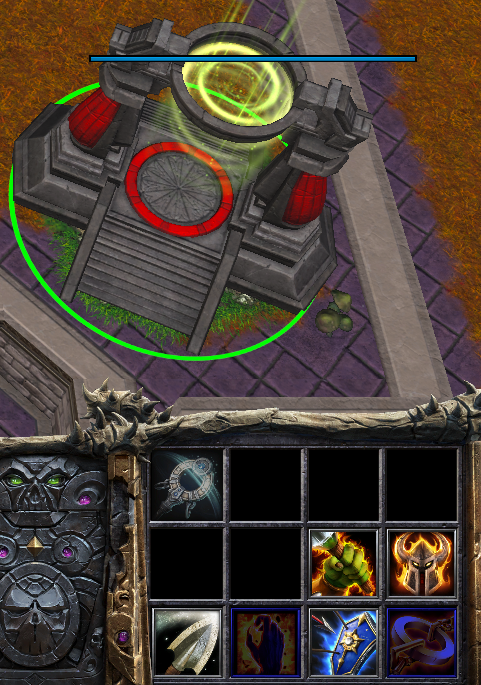 Send heros with auras, wich support your allied waves or debuff enemies for mana.
If you send a hero, ressources will be sent to Creepitry and your income increases. 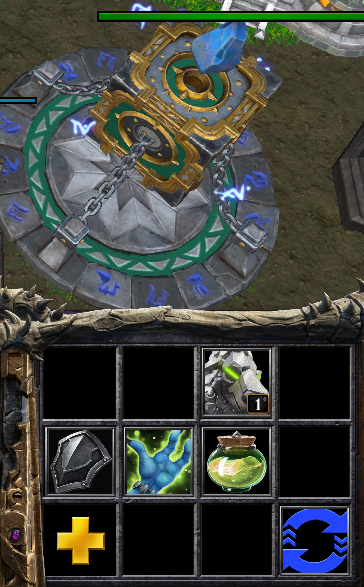 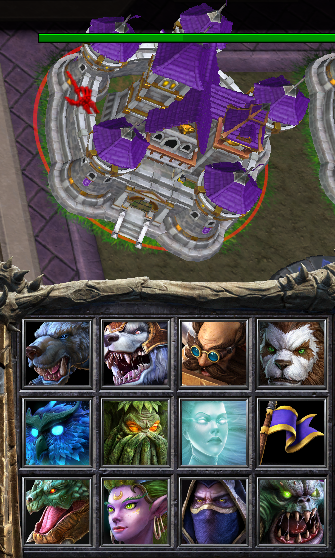 With this building you can send Tier 1 creeps for gold and wood ressources, to increase your income. 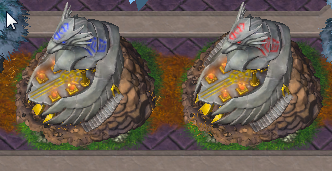 With this building you can send Tier 2 creeps for gold and wood ressources, to increase your income. T2 creeps are much stronger and super expensive!


Waves: Overall there are 46 waves!
Until wave 30, each Wave spawns 25 creeps for each team.
Waves have different armor types,
IMPORTANT: Air Units are stacked and they fly straight to end, ignoring paths!
Leaking creeps will make the team loose 1 life per leak!

After wave 30 the game turns into second stage:
Each Wave spawns 1 „God“ instead of 25 creeps.
Gods are very powerful, as they have plenty of hitpoints and armor.
However gods have an ankh, they ressurect when they die, so be prepared to kill them twice!
The strength of the gods increases with the wavecounter.
Leaking a God results in loosing 8 lives!

Modes:
Only Player 1 is allowed to choose the modes in the game. 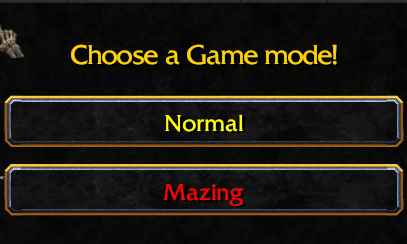 Choose normal for normal mode, units will walk along the path like in a maul! 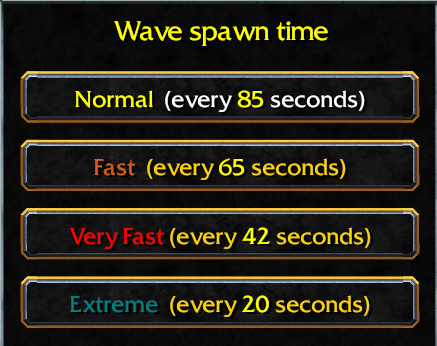 You can now adjust the spawn speed of incoming wave before game starts! 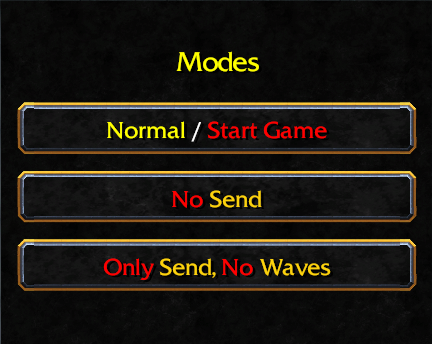 No send, turns off T1 + T2 send buildings.
Try the mazing mode! Its a lot of fun! 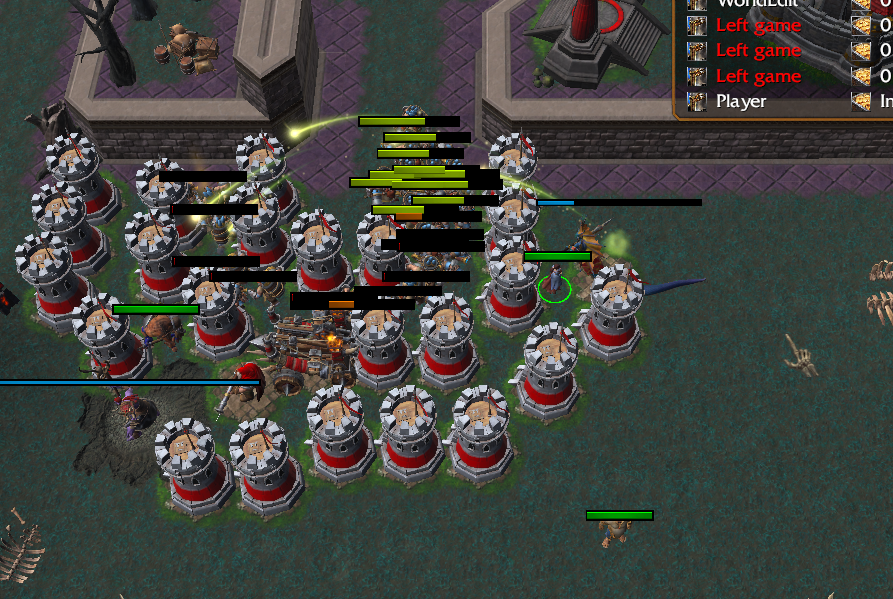 Added new Game mechanic ! When chosen, all walking paths disappear, and every team has to build...
Only Hero Wave Mode: 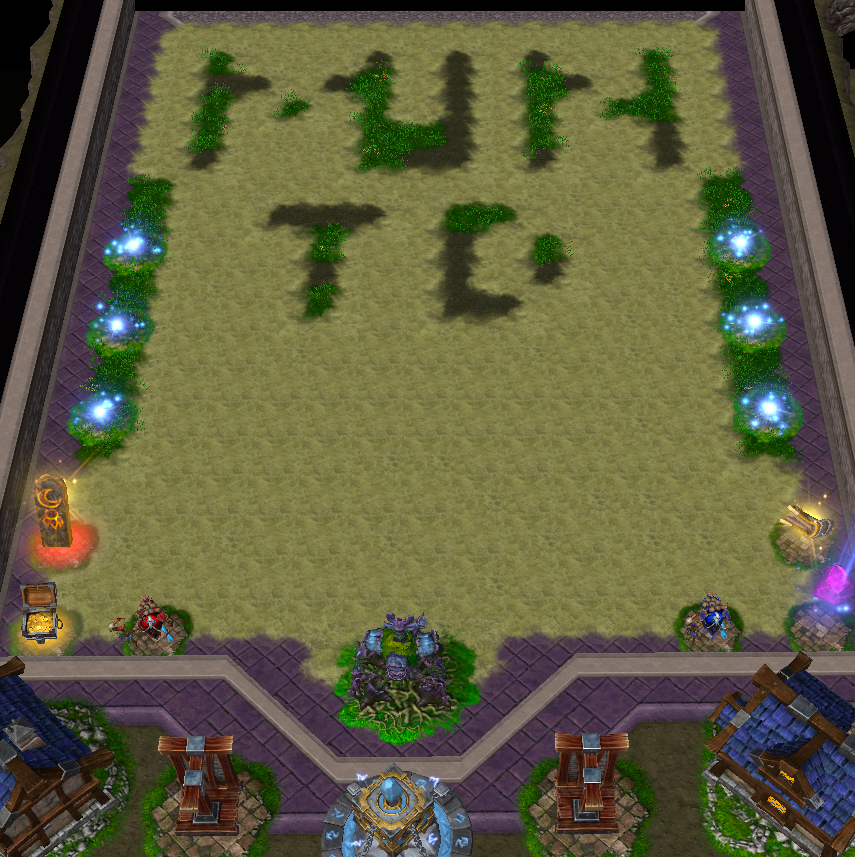 Kill 30 Waves with your Hero only! Send units in T1/T2, upgrade your wave in Creepitry! Buy items and abilities! Arena Battle every ~6 minutes.
Leave player 3 and 4 open to practice! 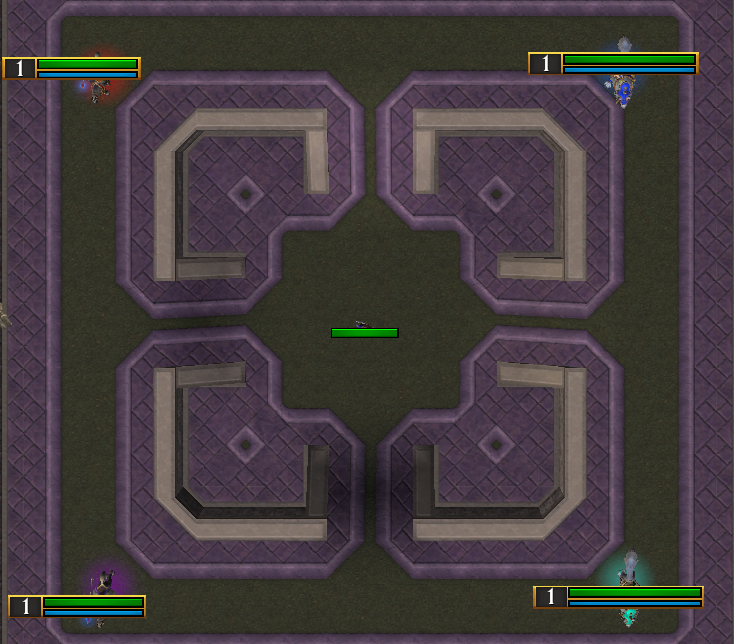 Player 1 and 4 get a hero with Root ability and Brilliance aura.
Player 2 and 3 get a hero with Holy Light ability and Damage Aura.
The first team killing 10 sheep, wins gold and wood!
Everytime a sheep dies, two new sheep will respawn.
Duration: 3 minutes
Running Rabbit: 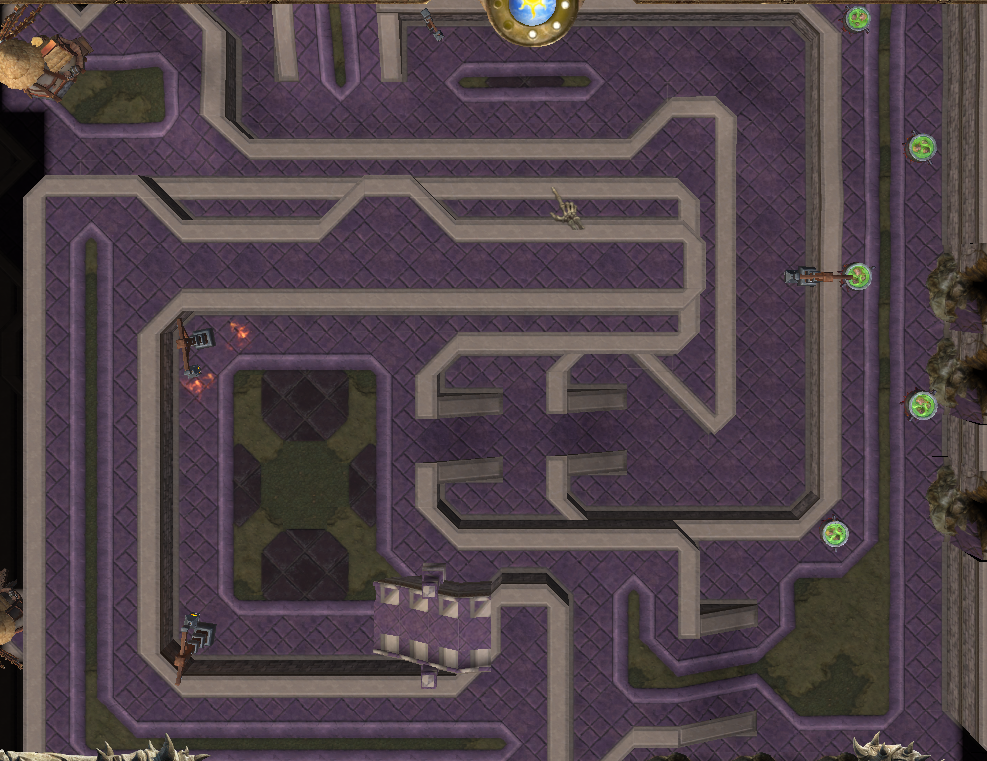 All players become rabbits. You have to navigate your rabbit through the deadly labyrinth and reach the end to escape this nightmare.
Win 5 lives for your team, and be the fastest!
Kill goodies: If a Teams player reaches 100, 250, 500, 750, 1000 or 1250 Kills, a stack of lumber and a coin of gold will appear. Collect them to get bonus ressources! 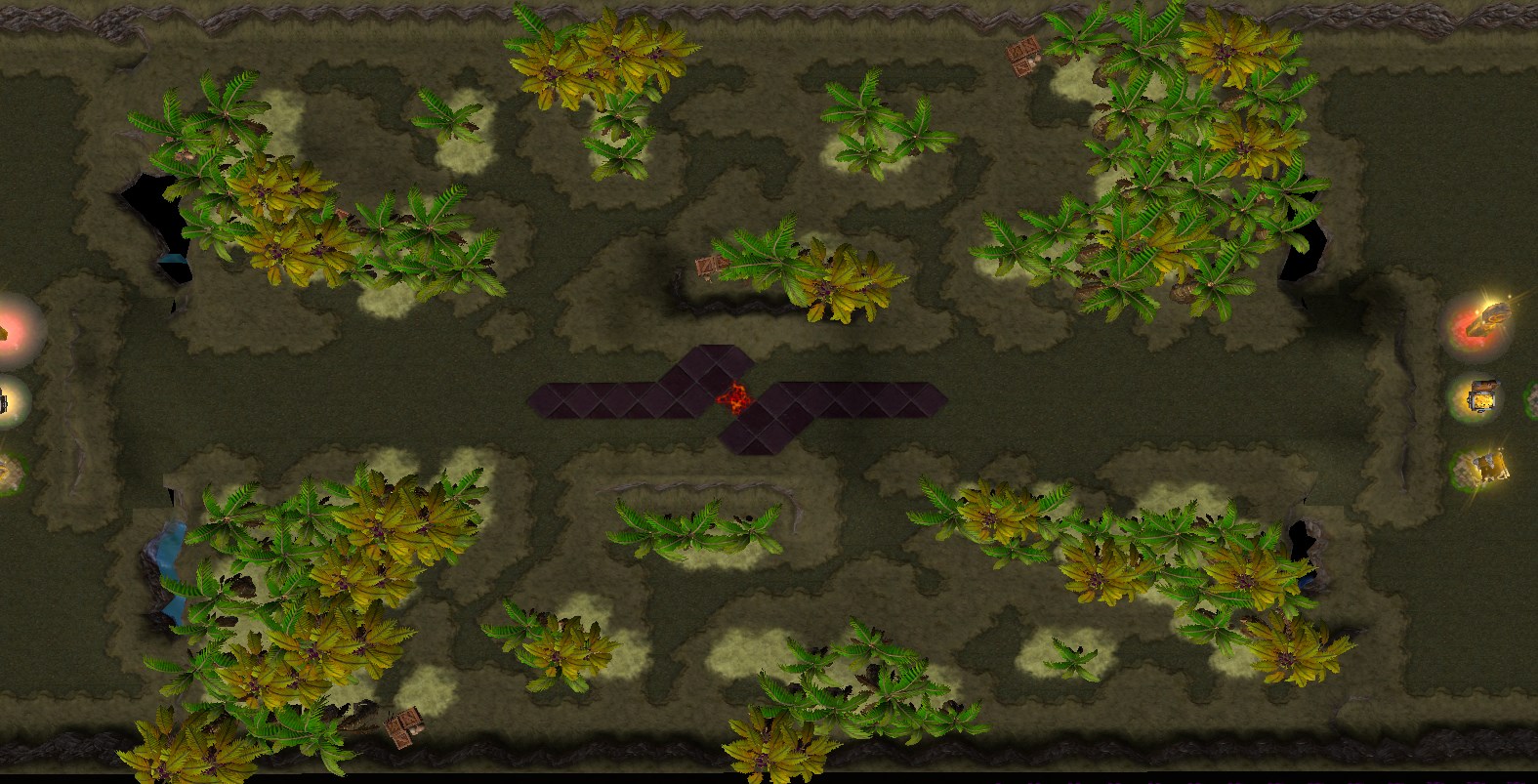 Battle arena with 2 respawning farm mobs, and a spawning Ball in the middle, giving a random buff! Either Mana restore, Health restore, Mana and Health restore and Speedbuff

Combining: Towers that are build can be upgradet. If a tower reaches the maximum upgrade level, it gets the combine ability. Combine two towers of the same kind to a ultimate tower! 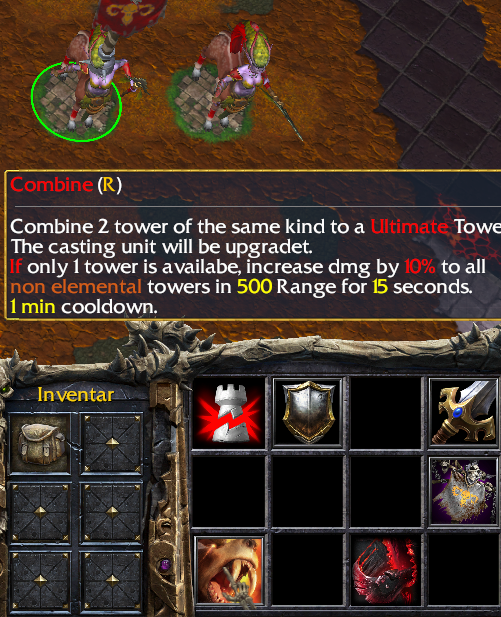 (Tower spawns at the unit you cast the ability with)

Itemshop:the MI6 Technical Laboratory and MI6 Assistance Service.
Located in the forest at the end of each lane. (buy buffs, weapons, auras and supporting items) 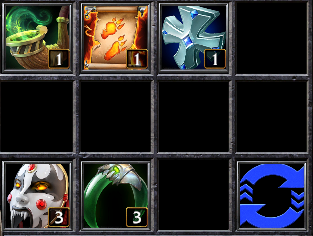 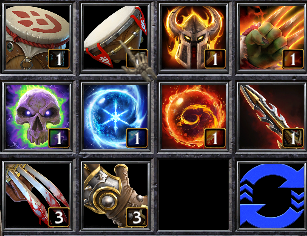 Thank you for playing, enjoy!


Shout out to all creative people creating everyday!

Apologize for this issue ! :)

Lots of new stuff, dont hesitate to play it !

sheep event does not cross hero event anymore,
Heroes now get teleported back after the second event.
Contents

I have to recommend this Tower Defense game.

It really has refreshing features.

- The most innovative is the duality of Towers : the standard attacking towers, and the healing towers that raise the health of creeps your are sending to the opponent. The more efficient the heals are, the more chances your creeps will have full health once they went around your towers.
- Not only can you send creeps from a shop like in many modern TDs, but you can also "send" auras to make your creeps more efficient.
- Once you have reached the maximum upgrade on two identical towers, you can combine them to get an even more powerful tower.
- The towers can also benefit from items that can be combined.
- At some points the game will temporarily stop for mini-games that will help you get bonuses.

Don't miss the opportunity to discover all this !

Overall the map is fun to play and the triggers are pretty solid. The author keeps working on it with dedication to bring new features or improve those already in game.

Maps 2
Thank you for recommending @Macadamia appreciate it!

Great news! Another Game- Mode is coming soon!
You may see this kind of mod the first time!

Pleased this is approved, totally deserved.

I need to test the latest version, but I am still in the middle of Lua nightmares....

Any reason you removed Mazing Mode ? It was really nice :'(

Besides I liked the other changes.

Couple of things though :
- You should move the camera back to the main base after hero battles
- Air attackers should probably not spawn all packed together looking like a single unit.

Keep the good work... and bring mazing back lol !

I was just not sure about it, now as you say it, i will return the mazing mode back in, as it does not influence the gameplay as dramatically as the only hero wave mode or only battle mode.

Thank you for your criticism. I will definetly bring mating back, and keep in mind that i have to switch the airs soon.
As well as move the camera back to normal.

Thanks for adding it back, nice !!!

Maps 2
made some other changes that affected mazing, every DL after 23:00 european time will have the newest version
You must log in or register to reply here.