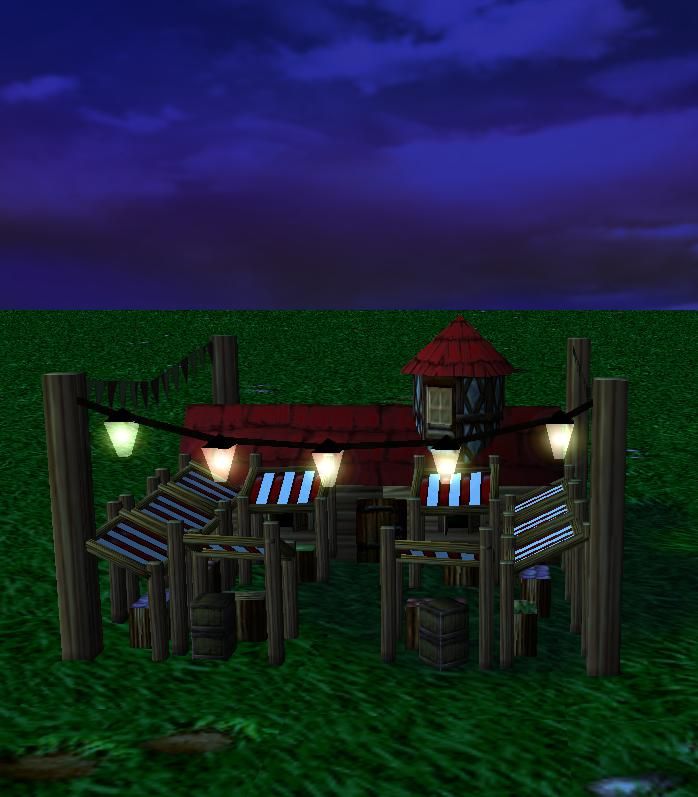 This bundle is marked as approved. It works and satisfies the submission rules.
View usage Statistics
Reactions: dorimor, MassiveMaster, EmoBrother and 3 others
Human Marketplace. Almost completely redone. The previous version was not very successful. I have interspersed some textures and changed windows.

How to import this model View in 3D Sanity check More info
Reviews
Misha 28th Aug 2013 Moderator's Review: so.. make those lightbulbs bilboarded circles or so.. so you can add both the bulb and glow in there and cut down polys. edit build and work animations so there's more stuff happening. and take a...
Read full review...

so.. make those lightbulbs bilboarded circles or so.. so you can add both the bulb and glow in there and cut down polys. edit build and work animations so there's more stuff happening. and take a look at why there's a small pause between the building disappearing and the lightbulbs disappearing in death anim. (does not show ingame tho)

and last, give it a lill louder death sound and maybe a few charred remains for decay

yeyyyyy looks very coool!!!!.....but you can make a fruits with better textures for a bit..5/5

Icons 1 Maps 1 Templates 1
I really like your models. It has some Age of empire feel to it, but it also fits in warcraft. GJ.

However, I do agree with CfWolfy about the fruits. It just looks flat. the texture is okay but it's just a bit too flat. Still, 5/5 and +rep from yours truly.

Models 116 Icons 7 Maps 1
Thanks for the positive comments))

Models 116 Icons 7 Maps 1
I m still working with this model( I dont know what to do with "Stand work animation". Comes to mind just hang garlands))

Models 130 Icons 56 Packs 1 Maps 1 Spells 1
good one, although i'd recommend you to make the building a bit larger to have more realistic proportions and to put some wares onto the market baskets (the box-like things where the goods lie onto).

Maps 9
If i increaset the scale a bit,and put this as a doodat it could be very useful if one day im making a city/village cinematic.
5/5 and rep gj.

Models 26 Packs 2 Skins 2 Maps 1
Really nice model you have there.

Though giving some advise I'd say that the wood texture is a bit overused. To add more contrast to it you could change the texture on the house to a framework one like on the roof tower for example and mabye also try to use another one for the four big edge poles so the market booths don't look so small in comparison. And maybe you could make them a bit thinner so they don't appear that massive.
So for now I'll give it a 4/5.

Models 1 Spells 2
An awesome model for my rebel's shop, I have surely heard right that your models are always awesome.