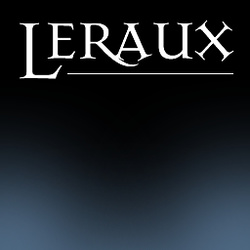 Features:
* A challenging single-player puzzle-adventure game, including a wide variety of original puzzles.
* Around 2-3 hours of gameplay (and dialogue).
* Developed plot and characters.
* Custom soundtrack!


Shortfalls:
* Only about 60% of the intended content was implemented (the game still has proper endings and such, but there's a notable gap in continuity).
* Difficulty might be a bit much for some people, but feel free to PM me if you're stuck.
* It has a large filesize, which might be a problem if you have a bad connection.
* Has some lingering bugs; but it's possible to play through. Let me know if you find any and I'll fix them asap.


Notes:
Leraux was originally submitted to the Hive's Solo Mapping Competition #3 in February, a contest which was abandoned after long delays and annoyances (actually, the results came out the day after I submitted this!). I was under a lot of time pressure while making it (there having been a deadline), so not all of my ideas could be included in the game. I decided to polish it up a bit and release it properly to the general public, and I hope some of you will enjoy playing as much as I enjoyed making it.

Credits are displayed at the end of the map (they contain spoilers). I am not sure if I will ever add the missing scenes, but I don't get your hopes up.


Please do not post spoilers/solutions in this topic!
You can PM me directly if you have any concerns or questions.