This map is based on Valve’s Left 4 Dead game, and is designed specially to give players an almost identical experience to the original game itself. Due to how Warcraft III is a RTS game itself, this map certainly brings a slight difference in the gameplay of L4D.


UPDATED V0.91
If you like this map, please visit my BLOG and leave a comment at the chatbox!
You can also get all my latest maps in my blog. There will be a Downloads page, accessible through the sidebar of the blog. Thank you! 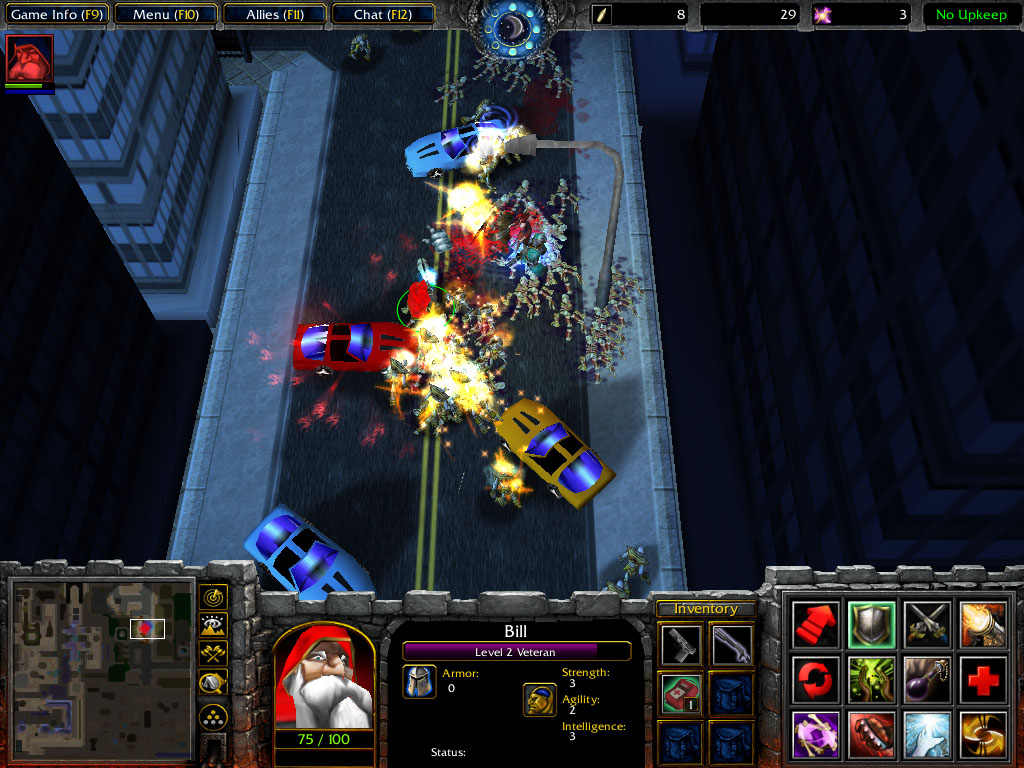 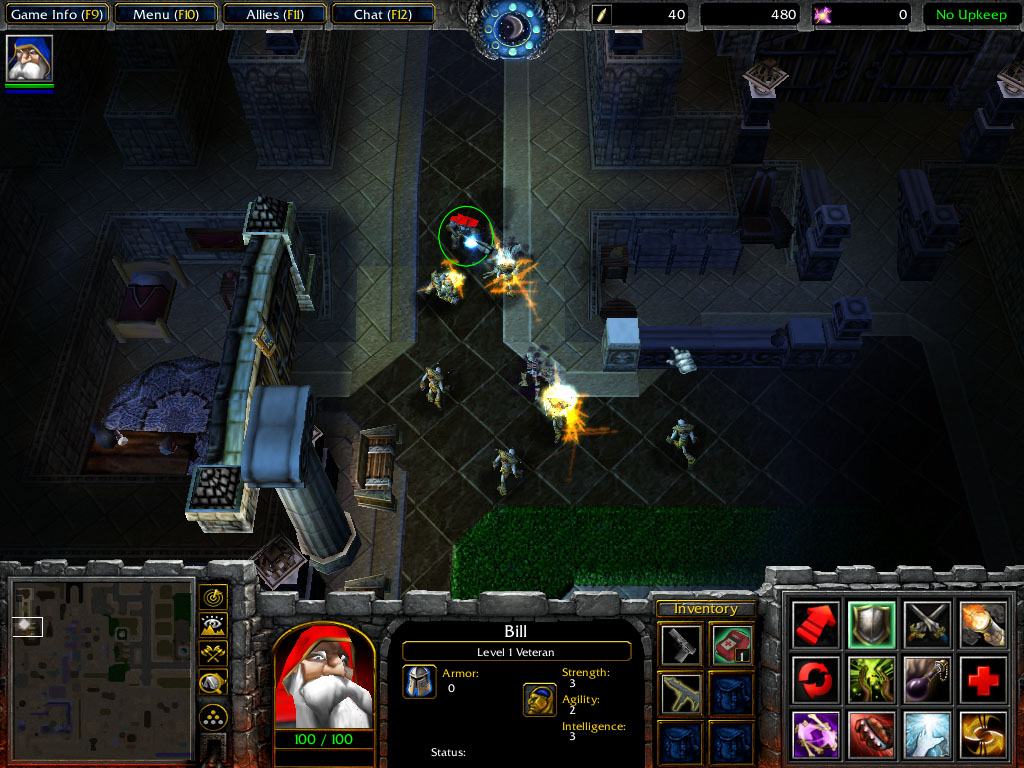 Shoot waves of Infected and go through challenging levels. 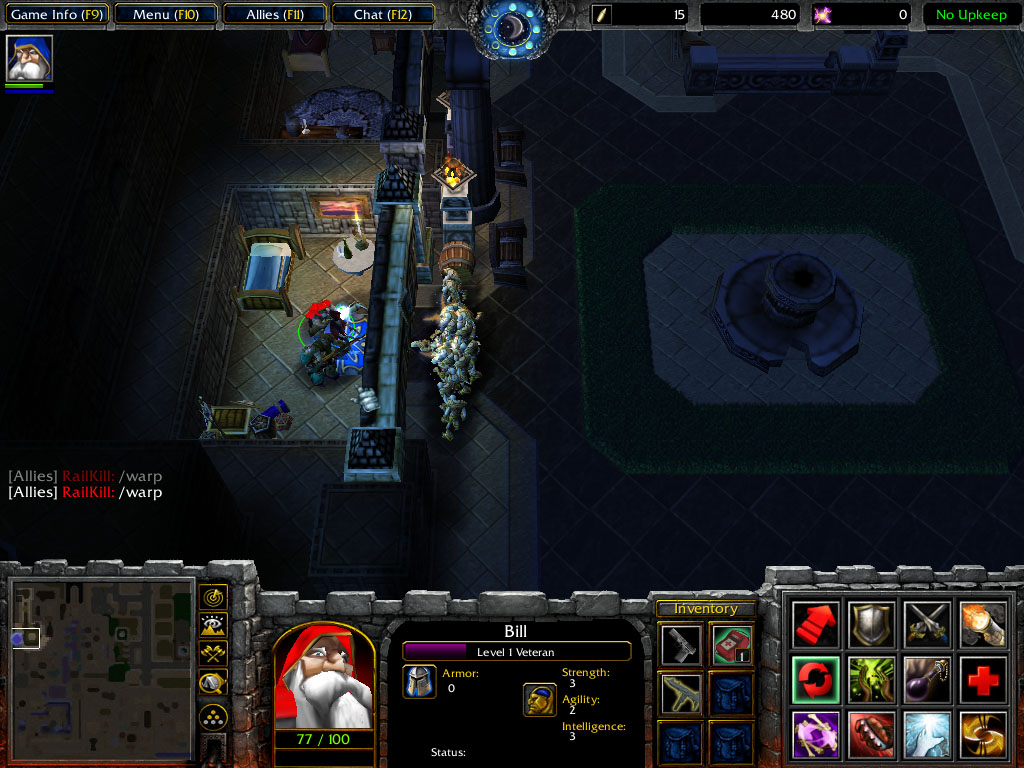 Might wanna camp in rooms just like in L4D so you won't get pwned from all directions. 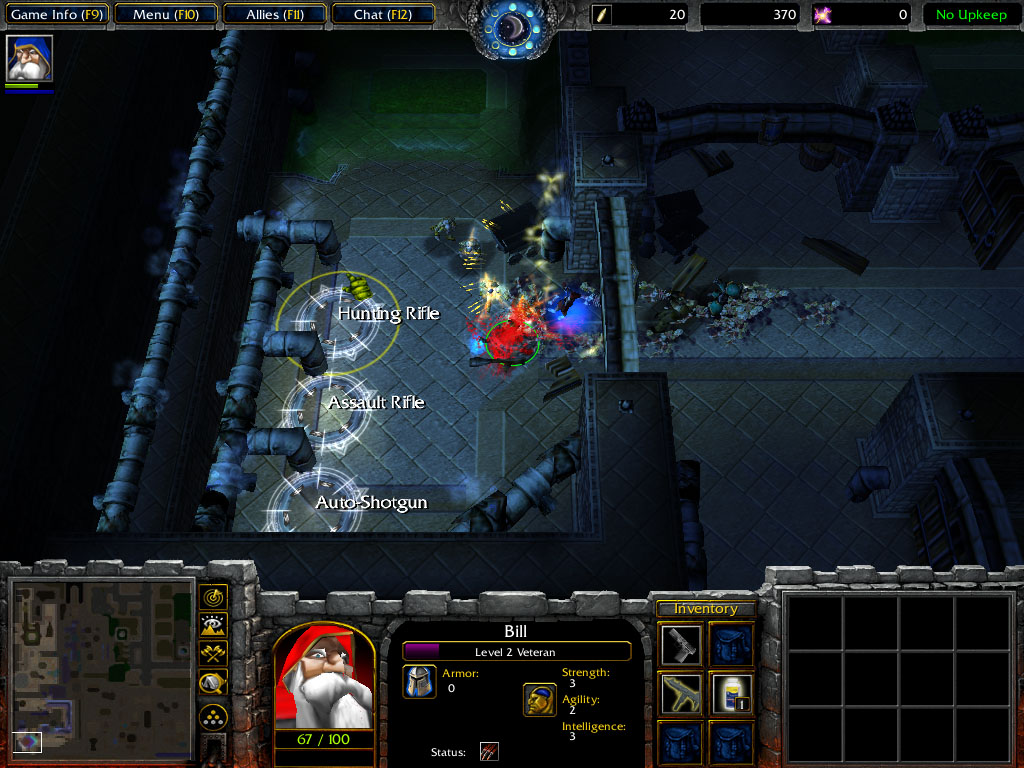 Being pounced by a Hunter. All Special Infected work exactly like the ones in L4D. 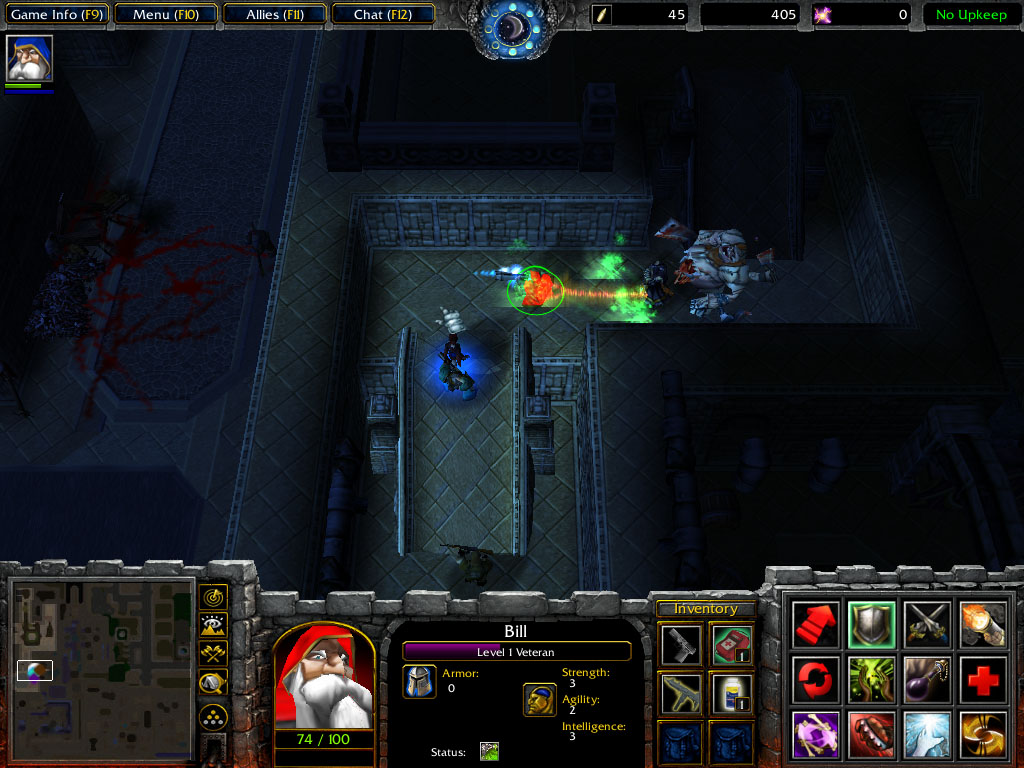 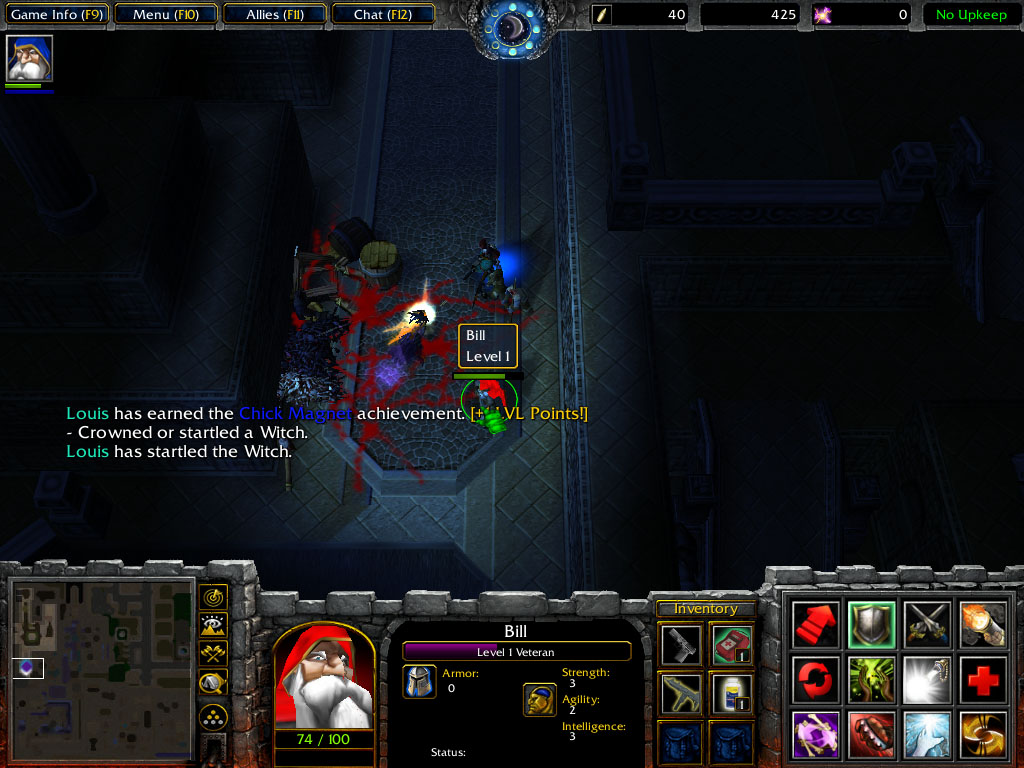 Just wanted to show the Witch being startled. 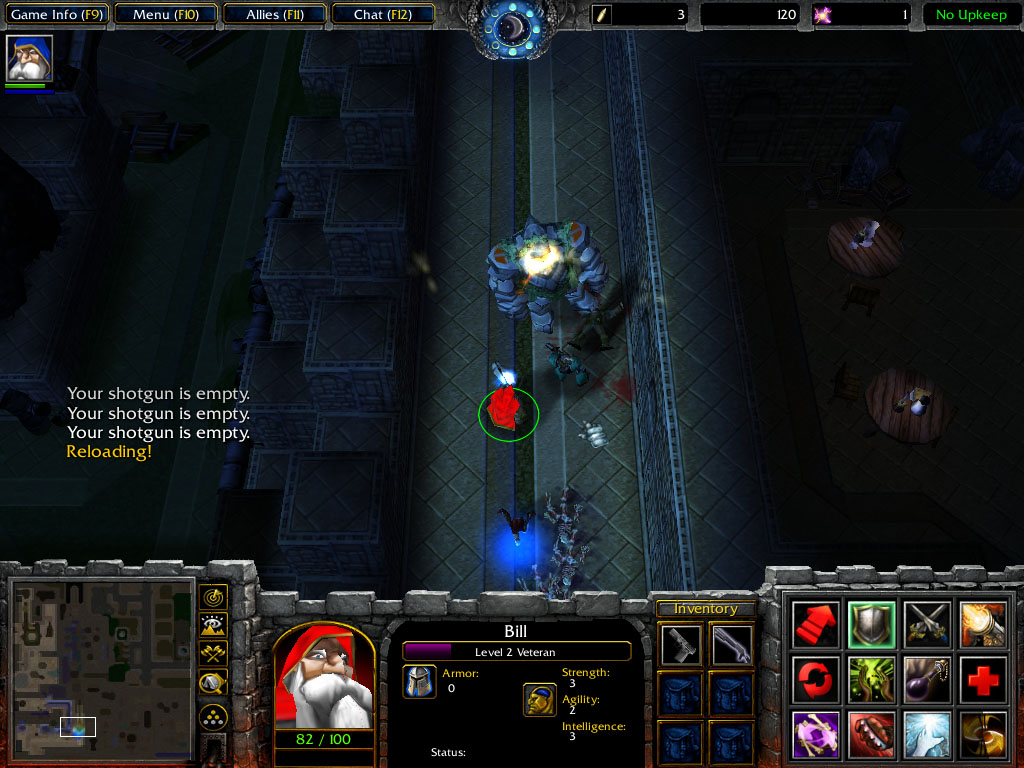 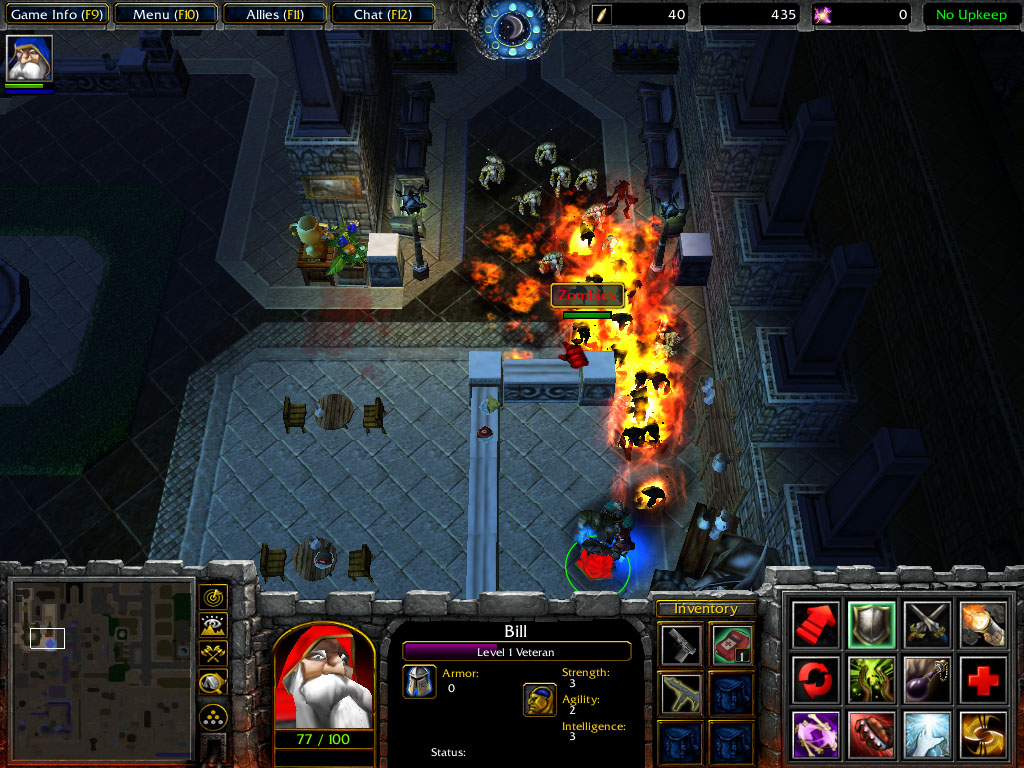 If you want to find a map so identical to L4D, this is the one. Even the molotov burns just like in L4D.

Gameplay Preview
http://www.youtube.com/watch?v=UMUQ2tQePtE
If it's too blurry, try watching in 480p.

Features:
- Designed to be almost identical to L4D itself.
- 5 Levels: 4 Levels of Travelling and 1 Rescue Finale.
- Has all Special Infected which are the Boomer, Smoker, Hunter, Tank and Witch.
- Contains Tier 1 & 2 Weapons and all items as seen in L4D itself.
- 3 difficulties to choose from which are Normal, Advanced and Expert.
- Openable and closeable doors and rooms for cover.
- Random spawn points for all items, weapons and even Special Infected (ambush spots)
- Working systems such as Incap System made very similar to L4D.
- AI support for Survivors.

Gameplay:
- With a survivor team of 4, travel and reach safehouses at every level to win.
- If you are dead, you have to wait for the team to reach a safehouse to respawn.
- If all 4 survivors are dead, the game is over.
- Hotkeys should be used as controls which are simple to use and explained in game.
- When a survivor’s HP initially reaches 0, he/she will be incapacitated and needs a player to revive them.
- Incapacitated players cannot move and can only fire their pistol.
- If you are incapacitated more than 3 times, you will die instantly.
- Press W to Melee nearby Infected to knock them back and stun them a while.
- Meleeing can save survivors from Hunters and Smokers too.
- Flashlights give a very small bonus sight range, but attracts nearby Infected.
- Do not shoot or walk too close to alarmed cars as they will attract the horde.
- Hide in rooms so that the Infected will come in only one direction which makes them easier to deal with.
- Use molotovs and pipe bombs to quickly kill Common Infected.
- Explore rooms to find useful items!

What’s Different?:
1. No Dual Pistols
- This map does not include dual pistols as I did not think it was necessary yet. Maybe in future versions?

2. Perks System
- Due to how L4D is a FPS and accuracy is based on players’ skills and so on, I decided to add perks for the player to level in order to increase weapon accuracy. There are up to 11 perks to choose from and they all benefit the player slightly.

3. Tank No Rock Throw
- Due to how the map is not spacious enough, the Tank doesn’t have the ability to throw rocks. However, Tanks have a fairly good movement speed and will eventually catch up to the player. They also can hit cars!

4. Melee is Target-Based
- L4D is a FPS, and therefore you can aim and Melee wherever you want. In WC3, I just find it hard to angle the survivor and Melee someone I want to Melee! So Melee is a target-based skill, and not just a right-click spam-fest kind of skill.

a) They fire at the moment they’re being pulled. This will then allow them to freely fire after that.

b) They are facing in the same direction which they are being pulled. This is probably due to a turn rate problem.

Don’t know how to fix this, seems to be WC3’s nature.


2. Boomer Vomit Lag
- Some players seem to face a lot of lag when Boomer vomits. This seems to be a very mysterious case because they do not face any lag when Boomer explodes. The thing is, the Boomer Vomit trigger and Boomer Explode trigger is like 95% identical. So if the vomit lags, the exploding should lag too. But this is not the case! I’ll post up the triggers some day and see if anyone knows what went wrong.

3. Weapon System Leak
- I am having troubles fixing Point leaks in the Weapon System. Please play my map and see how it works, then you can go to this link and reply to suggest a fix.

Change in each version update...
v0.91
- Fixed Boomer's Unlimited Horde
- Fixed Pill's Magical Heal bug.
- Added "/blood (on/off)" for Infected bloody death.
- Added "/noisymusic" to turn off the damn horde music. Use ONLY WHEN you face this problem where the music won't stop.