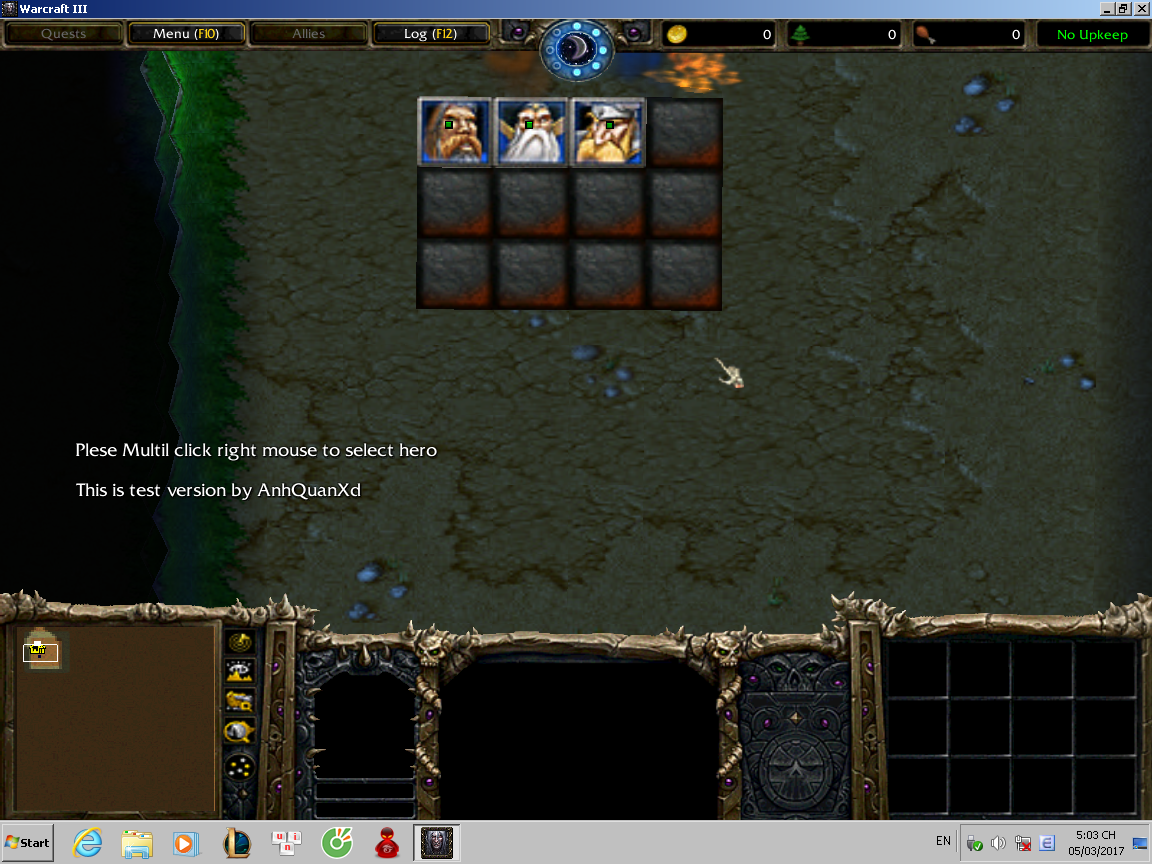 This bundle is marked as awaiting update. A staff member has requested changes to it before it can be approved.
View usage Statistics
The tigger is simple . im new bie plz fix my map.

I'm not sure if your description is asking for help to fix the system or some such (I don't understand "im new bie plz fix my map.") but at any rate this isn't the section for incomplete works or work you know is not approvable we have the trigger & scripts section for such things but I digress

Issues with the code:
- Only supports one player (this is listed in the "red me" comment
- Your triggers should have a prefix at least 3 characters long followed by a space (such as "HSS ") your variables should also reflect this except use an underscore ("HSS_")
- There is no configuration for this system
- Expanding the system requires adding more triggers specifically 1 more for every new hero - which makes this feel more like a tutorial piece than an actual system (systems ought to be expandable via adding array indexes and changing other configurables and nothing more)
- Store reused references in temporary variables (you do this a lot with (triggering player) and (triggering unit)
- Don't use waits (Trigger Sleep Action) as they are inaccurate
- What's with the multiboard functions? they serve no purpose from what I can tell (and even if they did it wouldn't work for multiple players)
- Your system makes referenced to pre-placed units, this isn't good it would be better if the hero selection table were generated by the code and then were referenced that way instead

Also keep test triggers like map explanations and whatever else in a separate folder - people don't want to import text being added to their map when they want a system
You must log in or register to reply here.