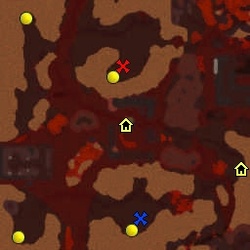 Description
------------
This is the entrance to the firy Hell Pit. Although less ferocious than the beasts below, the creatures here are very powerful.There are rumours that demons are running this place and even that a hero waits in the shadows.Explore at your own peril.
------------------
Details
---------
This map is my first attempt at a melee map using the Dungeon tileset.It has one mine expansion for every player, and (in my opinion) a very interesting terrain.

In the middle lies a tavern which is heavily guarded by golems and a Burning archer.However, the golems drop a very handsome bounty along with some very nice items but they are not to be tampered with in the early stages of the game.

The gold mines at the starting location of each player have 35 thousand gold in them and if you need more the expansion mines have got 50 thousand gold.(the area is rich but heavily guarded)

There are two big creep camps on the map other than the middle one:
The library
--------
In ancient times there was endless knowledge stored in here and there still is a vast amount of spellbooks of immense power left after this place was overrun by demons.It has attracted a large amount of rogue wizards who command skeletons and who will put up a big fight against you.

The torture path
----------
This is an addition of the demons for their prisoners' "interrogation".It is still guarded by them and they will not be happy to see you.

The hero
--------
The hero is, initially at least, a level 3 Firelord. He drops a Khadgar's gem of Health along with a Scroll of Restoration.Build an army of medium size (4 or 5 units with a hero will be enough) to bring him down.If he levels up enough he may be more difficult to defeat.He is at the upper right corner of the map. I know, easier to reach if you have the top mine, but no easier to defeat. 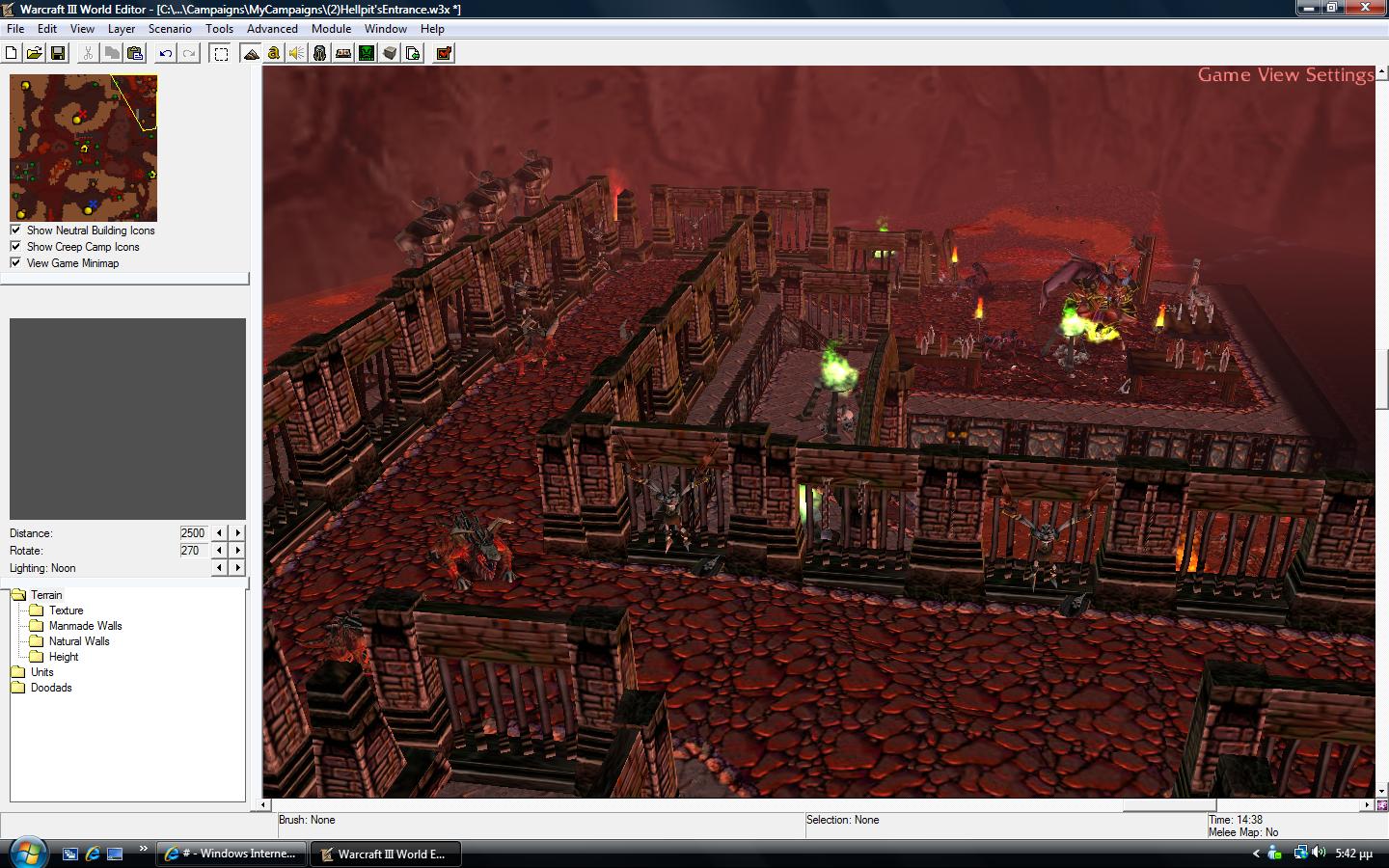 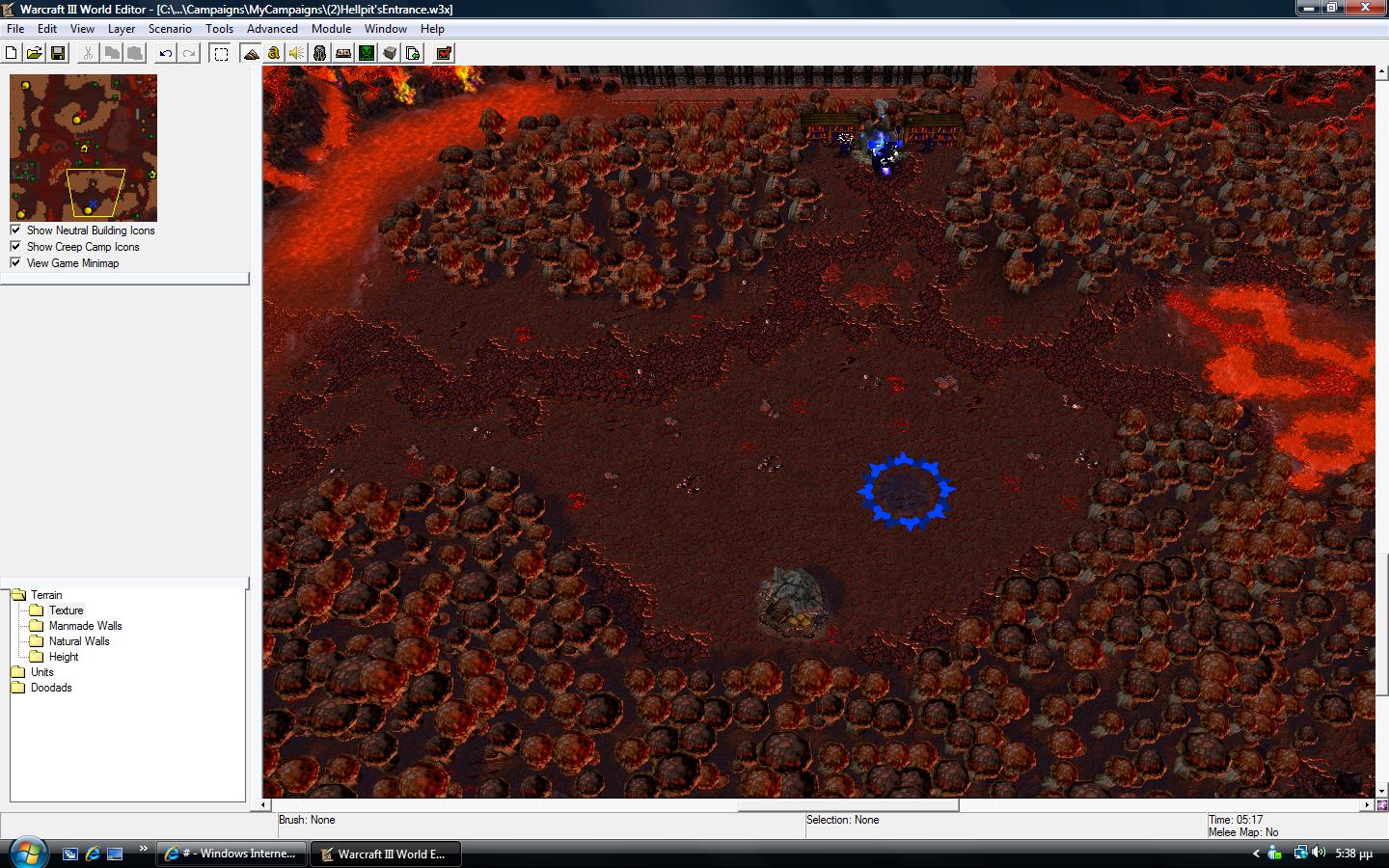 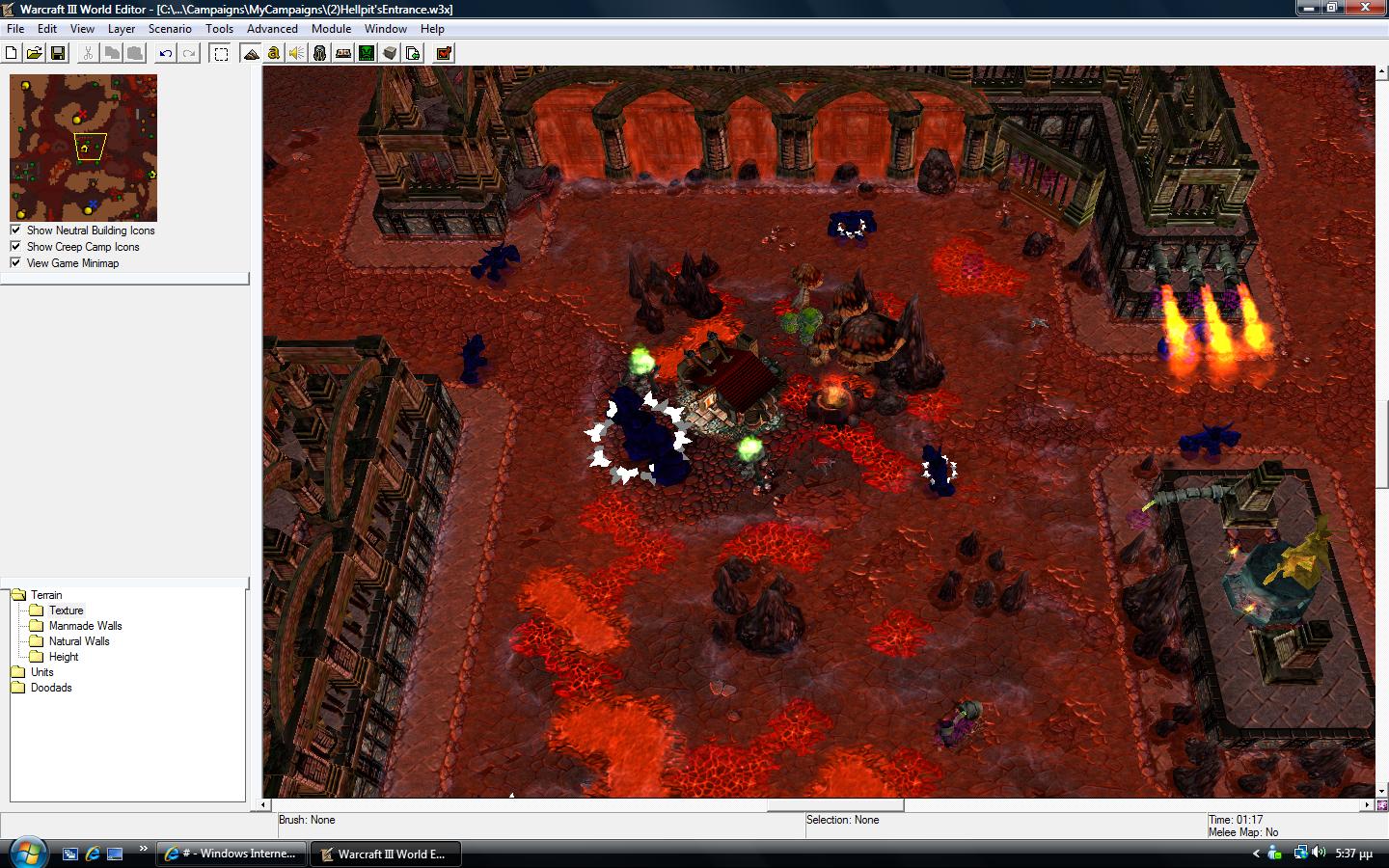 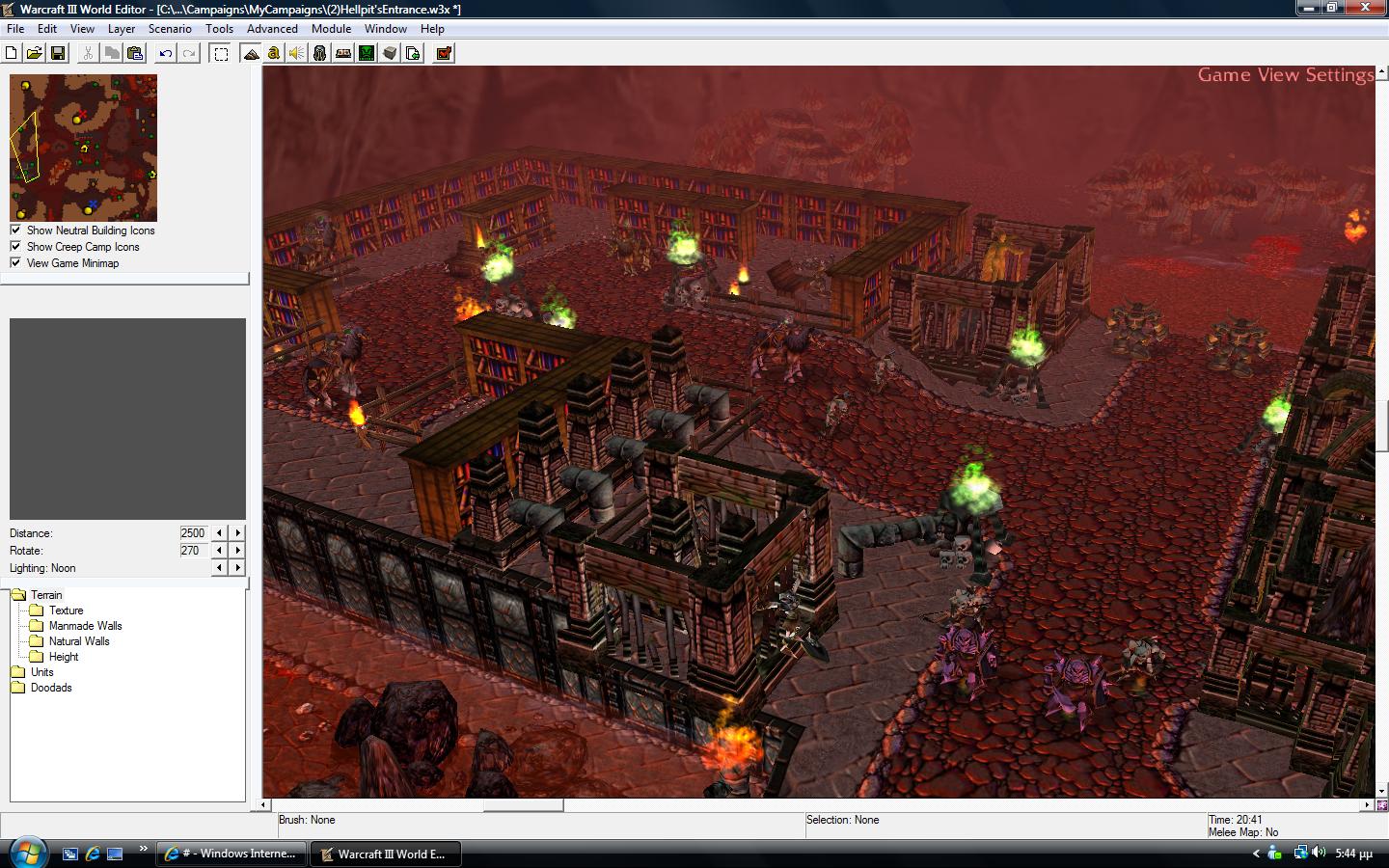 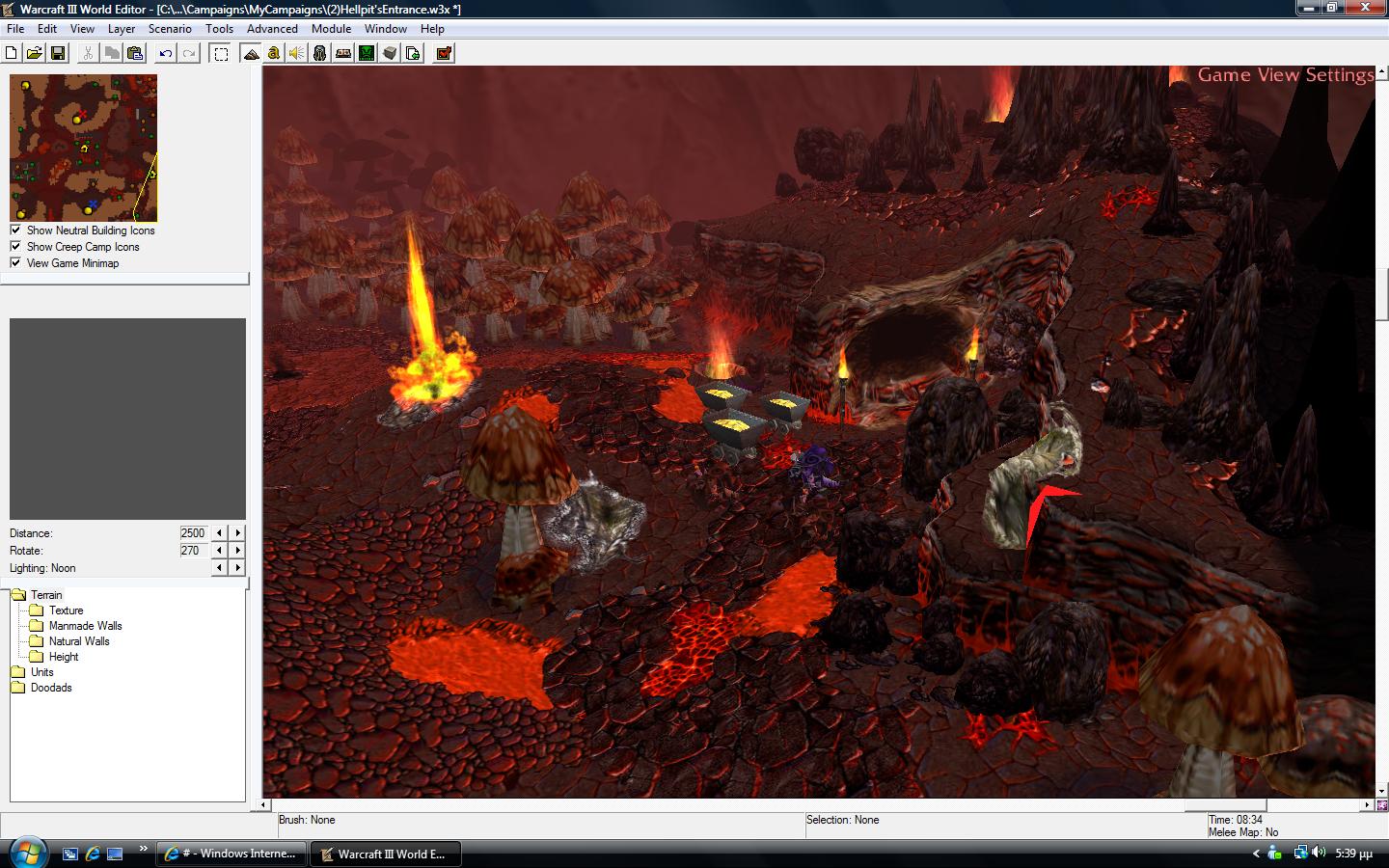 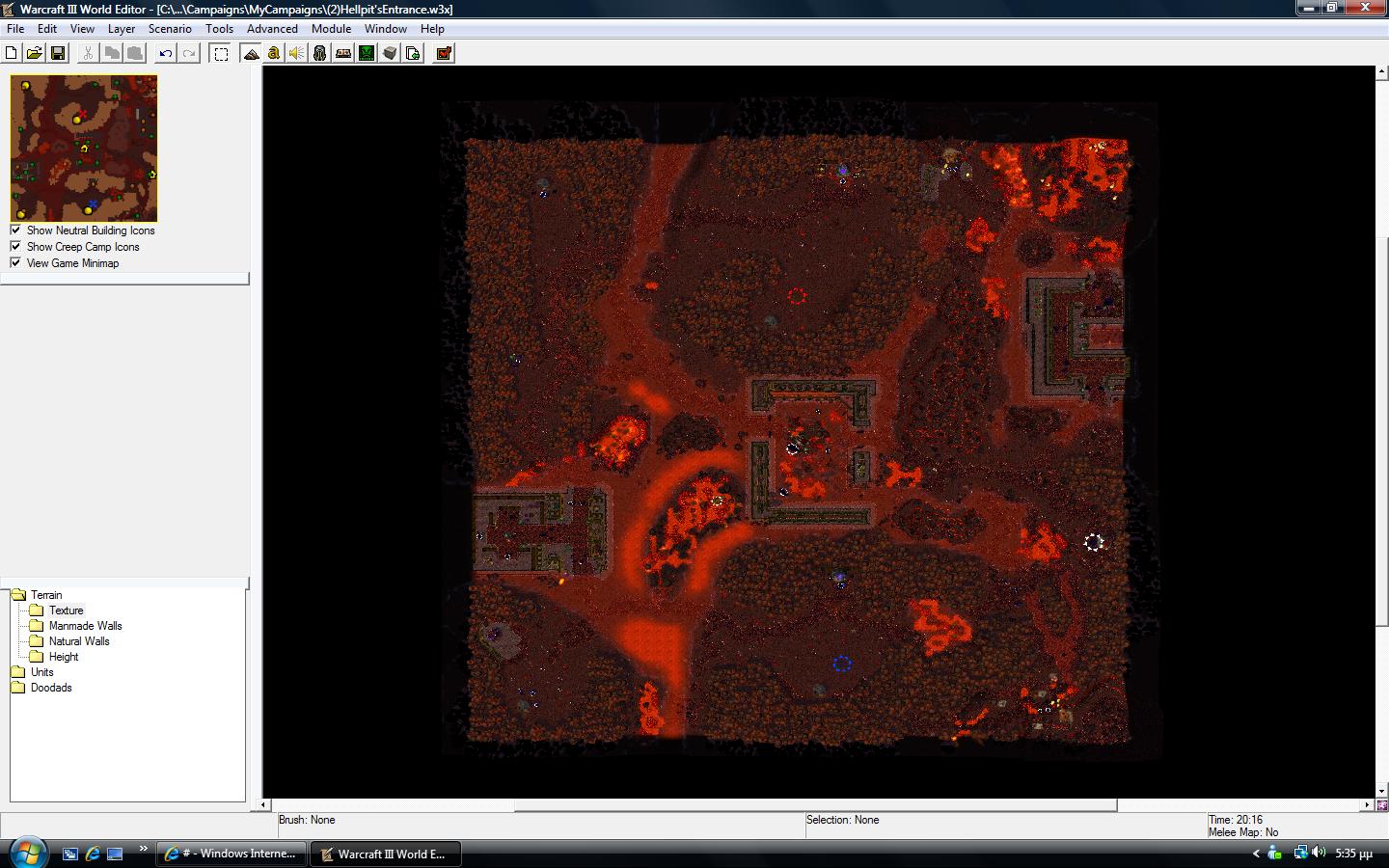