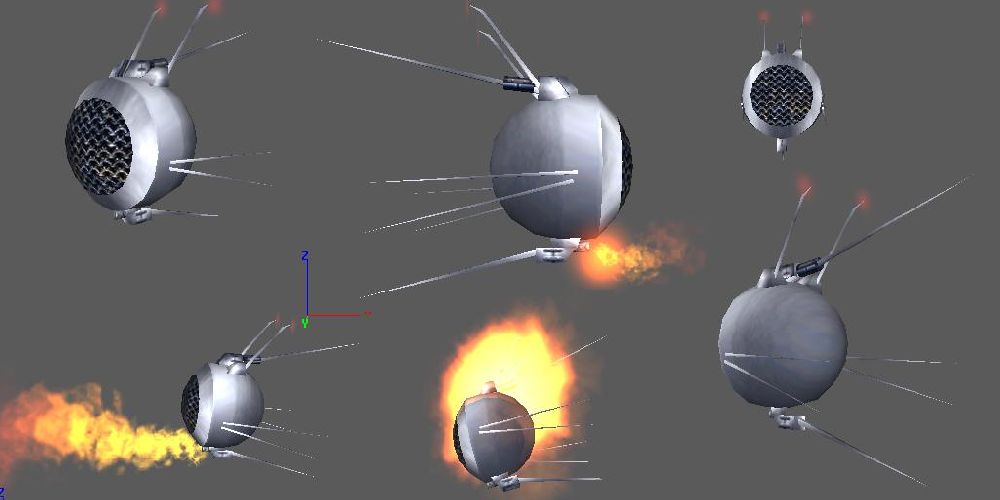 This bundle is marked as approved. It works and satisfies the submission rules.
View usage Statistics Legacy download
Reactions: deepstrasz, Emm-A-, Bond009 and 6 others
"The Eyebot is a flying propaganda-spewing robot, similar to the Floating Eye bot, but with whip-like radio antennas resembling long "whiskers" pointing to its back, and loudspeakers in the front. After the Great War, it was used by Enclave forces in the Capital Wasteland by 2277."
Fallout 3 Wiki

Yes, I was inspired by Fallout 3 to make this funny little drone.
The mesh was made in 3DS MAX 9 and wrapped and custom-animated in Milkshape 3D.
It uses only ingame textures.

I hope you like my little robot, I had much fun to make it.

Icons 2 Spells 3
Man... you're gonna rock with that fallout 3 project, just keep good working!
P.S. Is your map gonna me RPG With a something like nfwar's projectile system, or it's gonna be 1st person camera with an advanced shoting?

Maps 3
Dude, super kickass, it looks exactly like this!

Models 34 Icons 40 Packs 1 Tutorials 1
looks good. but the geometry is quite too primitive and simple.

Icons 70 Packs 1 Maps 2 Spells 1
Looks sexy, can't see any flaws from the screenshots. Don't know about the animations but bet they are great as well

Lol I remember this, I even posted some fan made art for it in the Contest Poll.

A shame it didn't win though.

Models 44 Icons 9 Skins 2 Maps 1
Thanks, that's very kind of you.
Great that you guys like my little EyeBot.

Tutorials 4
Hey, I remember this from the contest :3

Maps 4
looks decent, not many colors

FriendlyHost said:
looks decent, not many colors
Click to expand...

It's an eyebot, not circusbot. Nor pamelandersbot.
You must log in or register to reply here.