Dwarf Units (War of the Ring) 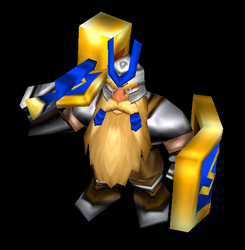 "Up rose the deafening cry of Durin's folk. "Baruk Khazâd! Khazâd ai-mênu!" Axes flew in gleaming arcs over the battlements and into the ranks of the orcs andthey began to fall in droves."
-Unknown scholar of the 2nd Age