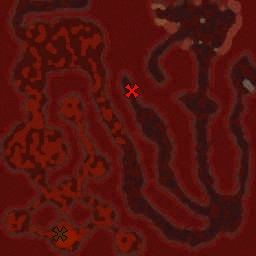 This bundle is marked as useful / simple. Simplicity is bliss, low effort and/or may contain minor bugs.
View usage Statistics Legacy download
Ragefire Chasm is part of an epic set of maps im making. It is currently beta and i only have one map in the campaign called Dungeon Master. I will choose 8-12 dungeons, make them, test them, beta them and add them. Any comments, ideas, threats to my life or bugs should be posted here.

It currently has 4 bosses, around 120 mobs, and the bosses spells are in the making. I have some of the spells done though.

Also a big thanks to Blizzard Entertainment

I'm not sure how to change it whether I get a mod to or I change it via the WE, but IT IS ONLY FOR ONE PLAYER AT THIS CURRENT MOMENT.

Soz about the shock (if any)

I am also working on 1.3. In 1.3 I will have made all the trash loot and more loot from bosses. Also, the bosses will have more spells (I think they all have an extra minor spell or two) and, of course, it will be 1-4 player.

In the future when I have finished a bunch of dungeons I might add them all together, and when you complete a dungeon you can go back to (a city?) to sell and buy stuff. Also, (Also, I like the word "also" if you've noticed <--) and then pick the next dungeon. But for now they will be seperate.
"What? That sucks! What if u got some uber gear and you didn't get to keep it? Whats the point???" The point is that in some of the harder heroics or even raids (yes, raids) you will need the gear you have received in earlier bosses.